Well, I think this is the last video of the Evil 1 that i will be able to claim... Matt, the new owner, took her to a local (TX) dyno day on Saturday and she did well!

First pull she actually blew the tires off on the rollers! Man card achievement unlocked! 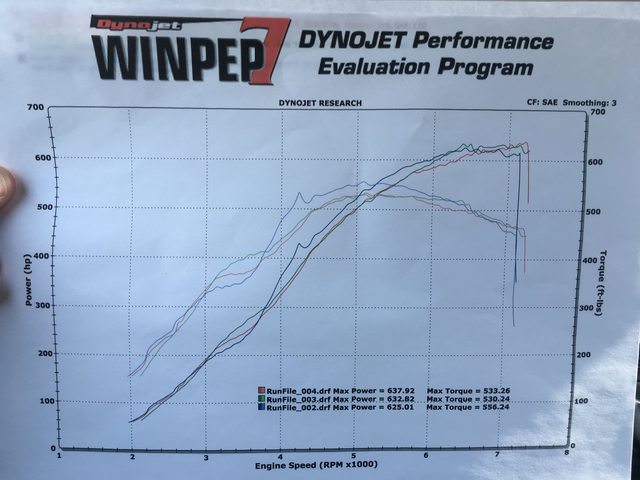 Next up is going to be all his project. With the Fuel Return from Fuel-It and support from BMS and EMP, I expect him to get 7-750whp out of it!!
Reactions: doublespaces and dyezak

You able to share a data log of the pull? And is the the old VM top mount or the new bottom mount setup?

I do not even know if he did any data logs or not...

Here is the log for the last pull. Everything looks pretty solid but there is room for improvements.


Then the single conversion:
Initially I was looking to purchase the Doc 6266 kit. After speaking with AJ at EMP he mentioned that he JUST pulled his VM 6466 and was going with something a bit different in search for even more power! We struck a deal and my kit was on the way!!! 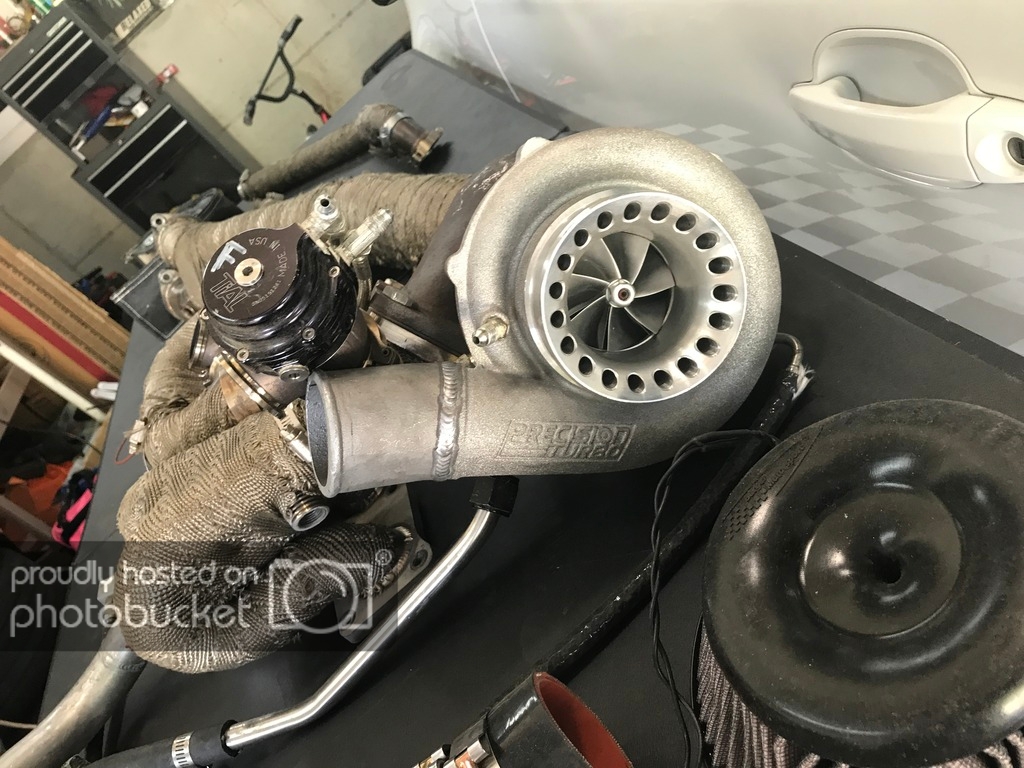 First thing we needed was a little freshening up. Ended up going with a bronze chrome powder from the guys at Killer Koatings! 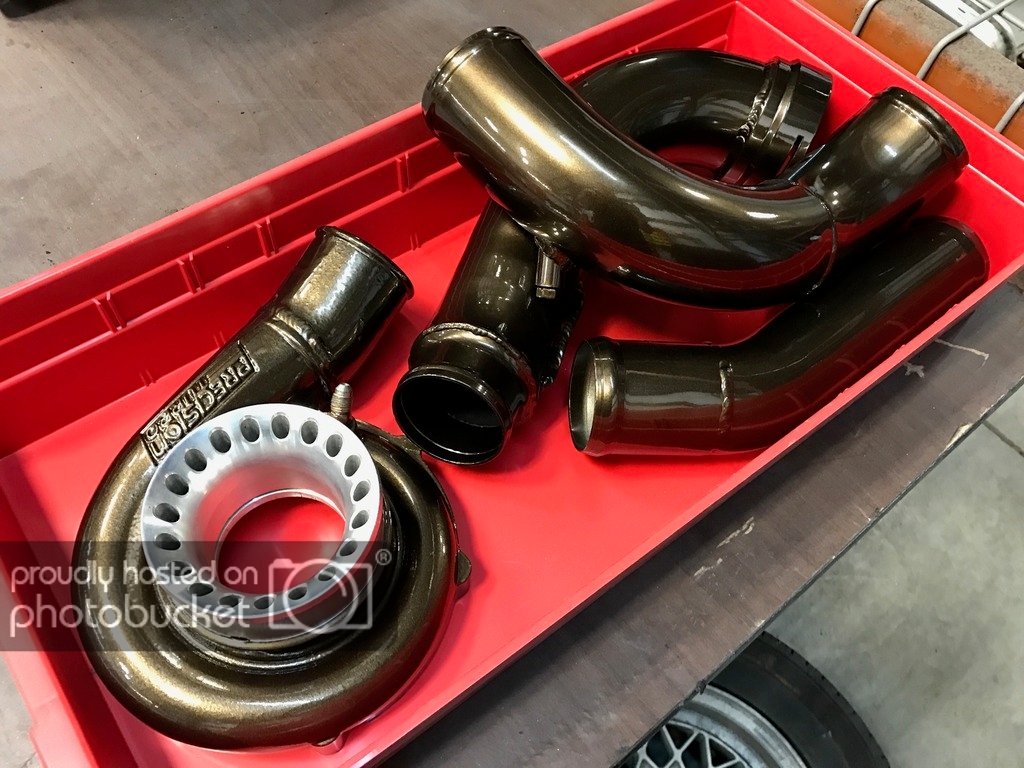 The install would of been a bit quicker if I would of been patient for my new lift to arrive but I think we all know how that goes... So I did the install on stands and it was not all that bad really. 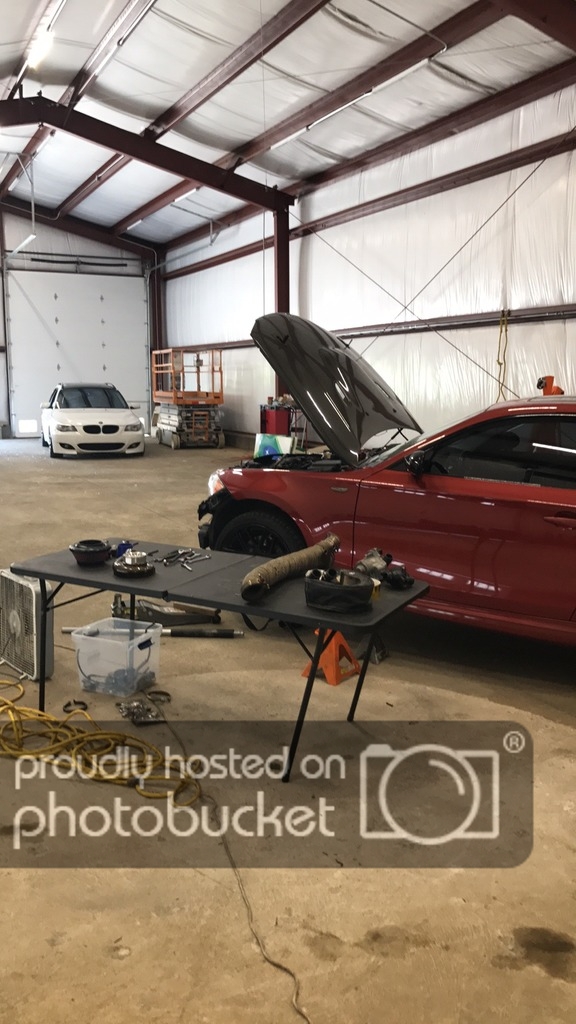 And yes, that table almost took a header on me!!! 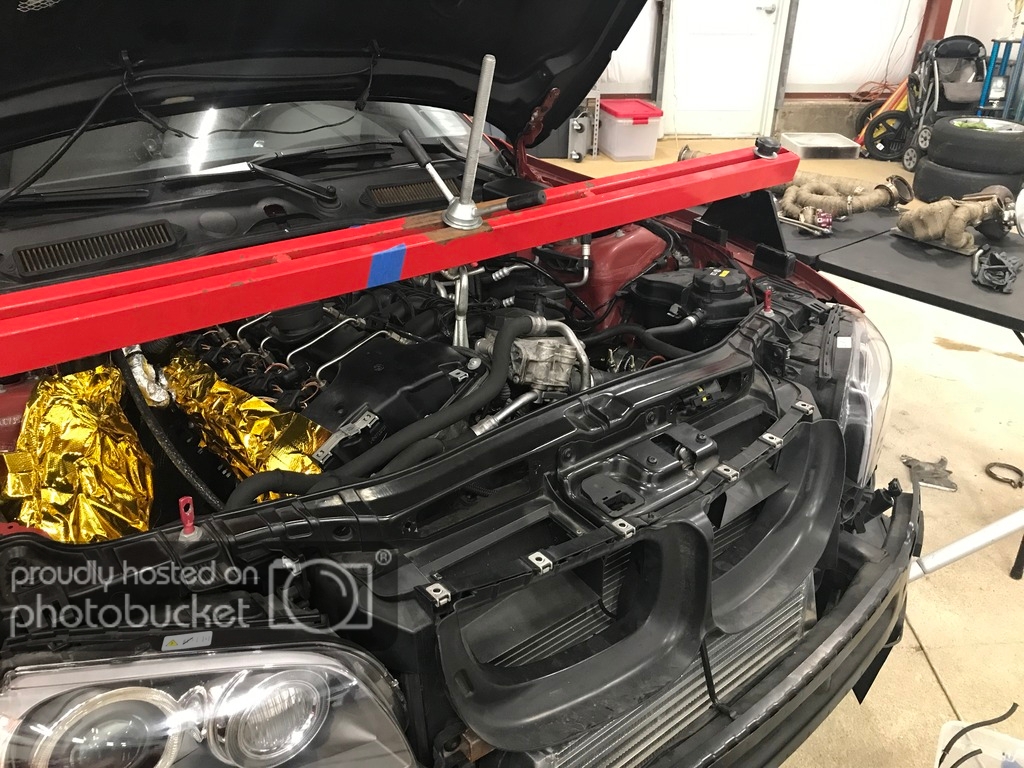 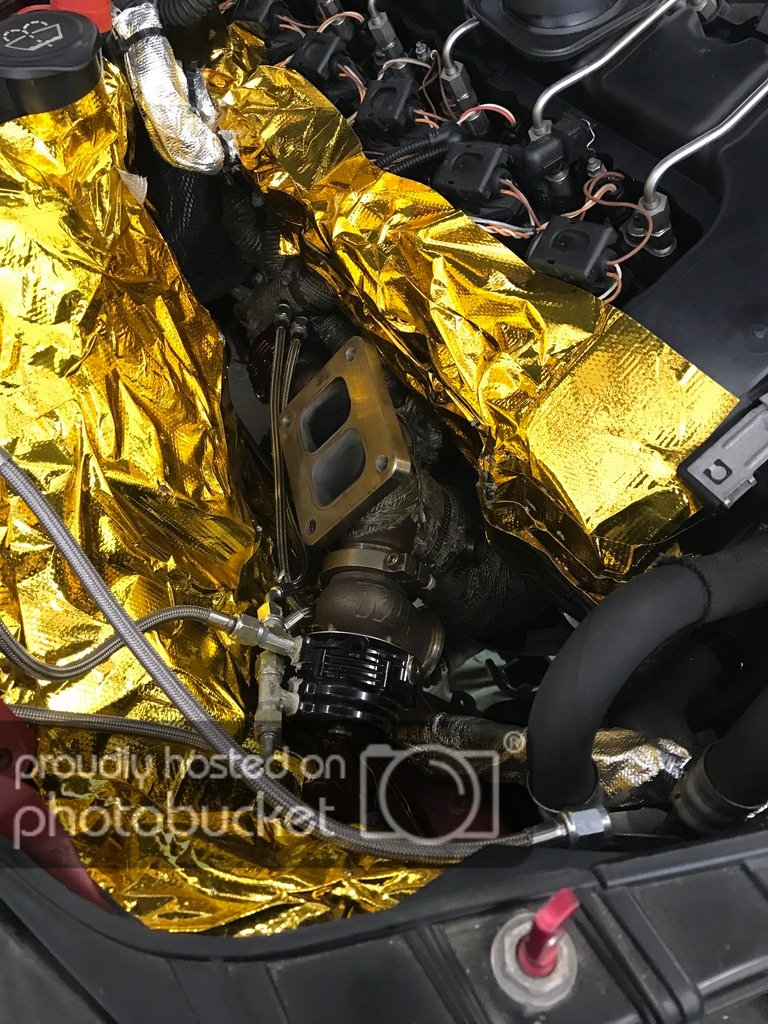 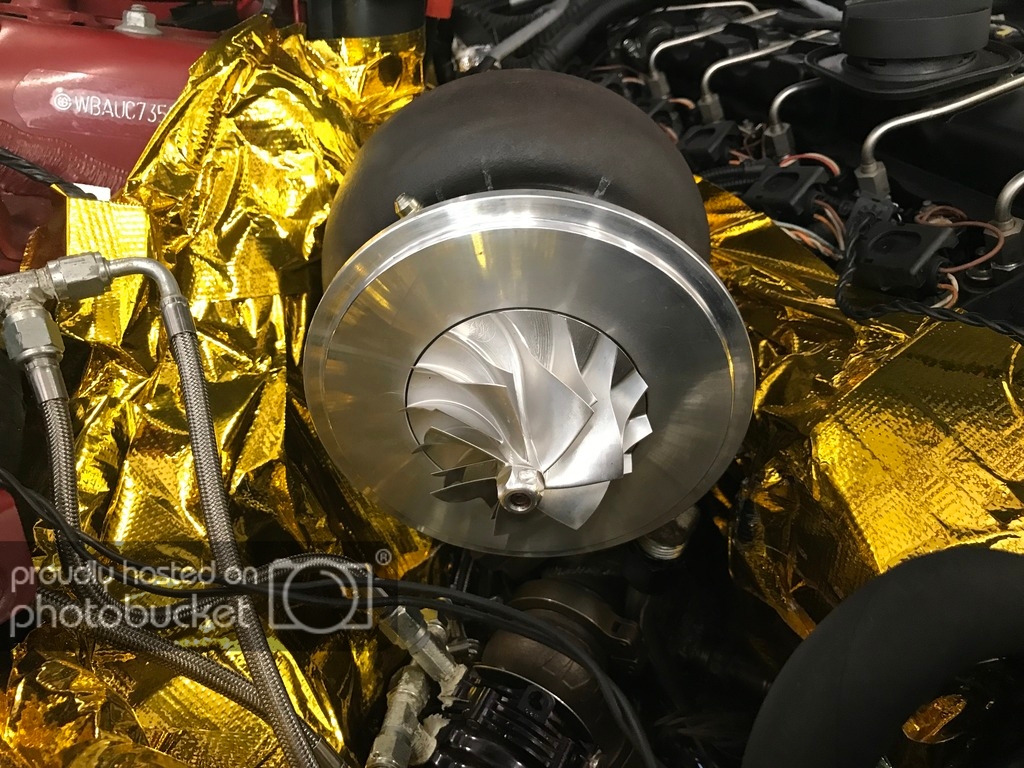 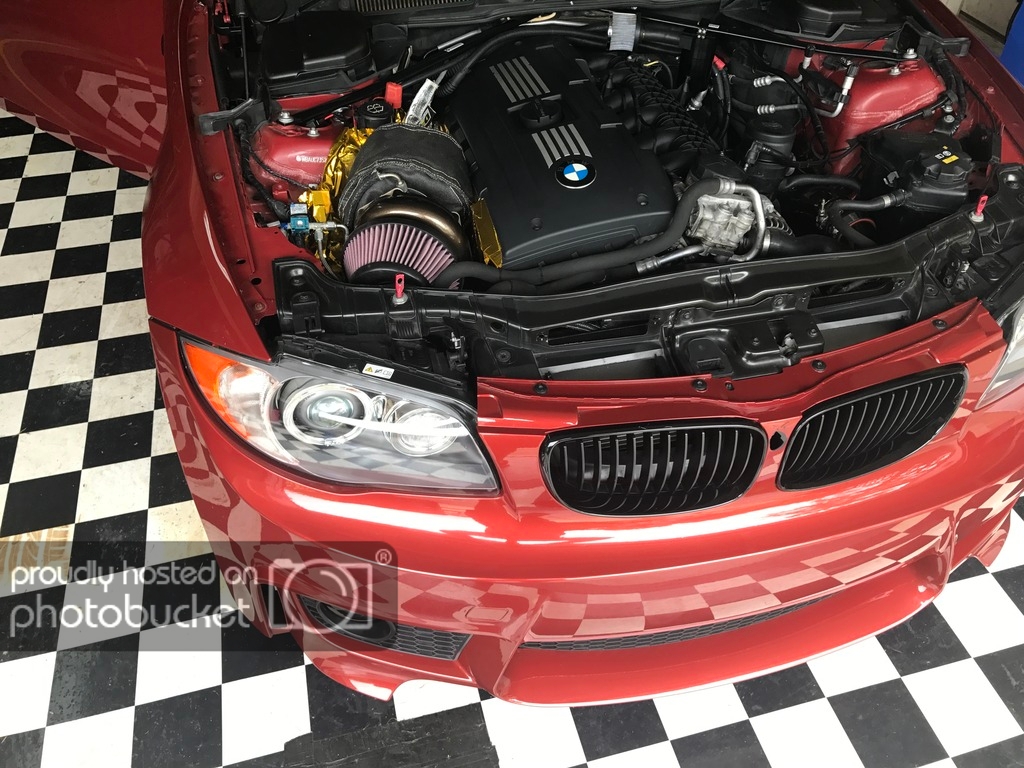 The car is REALLY strong on map 5 @ 26lbs. Hopefully we get some dyno and track times in the near future.
She still cleans up nice as well! - Photos are still raw unedited so a new thread will come up once those are done. 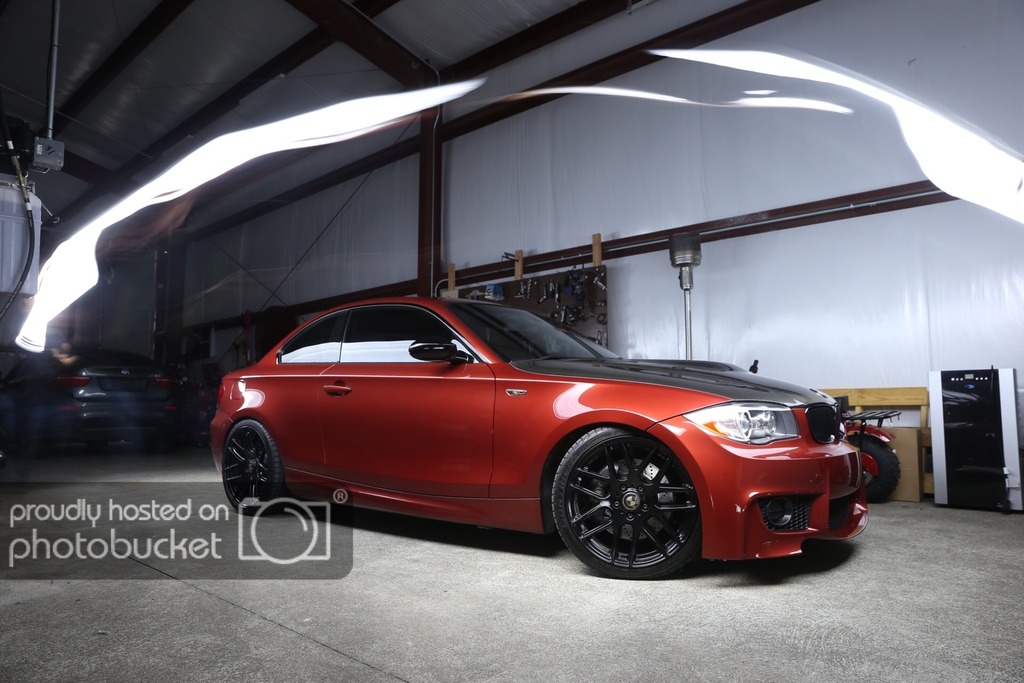 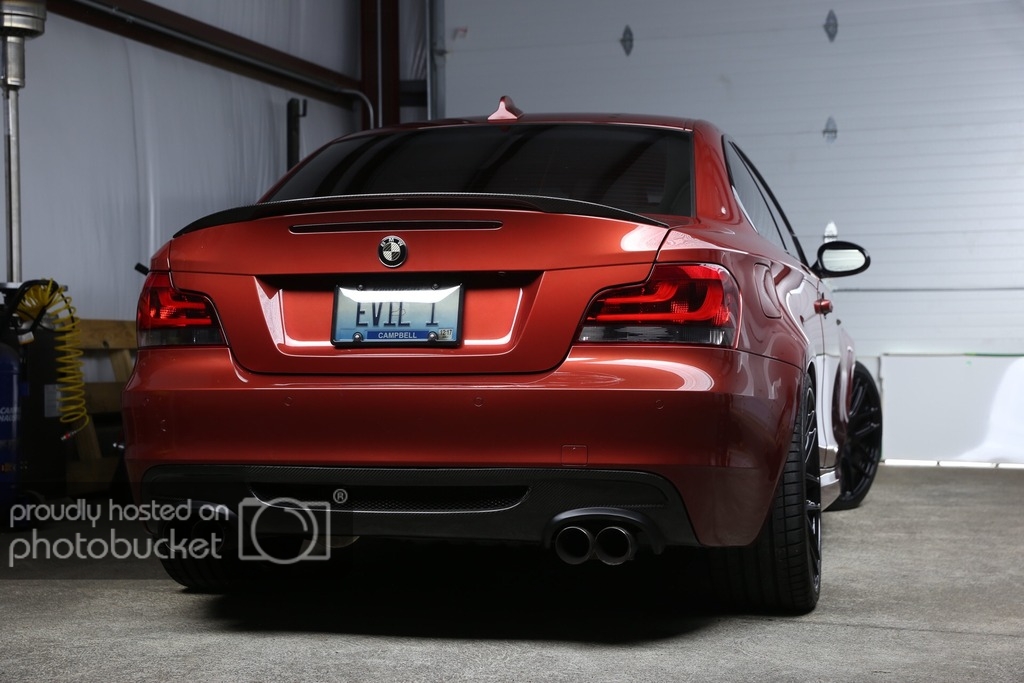 Compare and contrast the drivability of the 6466 vs the Super Evo's for us if you would.

And looking at the log yea, you got quite a bit of room for improvement on the ignition tuning. You have avg_ign values in the double digits at peak torque. You say 100% e85...you should be below 2 across the RPM range on full e85 for avg_ign.

Who does your BEF tuning?
Reactions: veer90 and 335i_lou
You must log in or register to reply here.

My slow car finally gets less-slo, aka some turbos and new things