You are using an out of date browser. It may not display this or other websites correctly.
You should upgrade or use an alternative browser.
T

Helped a local customer at the dyno the other day and thought some might find the results interesting.

First thing we did was update to the v13.4 single turbo JB4 firmware which has a new map guide for 4bar customers. The new maps are as follows:

[TBODY] [/TBODY]
Tuning is running all off the shelf settings, except for some reason he had DWP (spool mode) set to 60. Meaning WGDC stays at 100% until boost is at 60% of boost target.

Anyway did a run on the new map3 and everything looked good but spool was lazier than I expected. Noticed DWP setting, changed to 75, and did another run. Response was back to more reasonable levels. He should probably take it up to 80 or 85. Then we went to do some runs at 28psi and dove down the rabbit hole. First a loose hose blew off the throttle body that had to be repaired (with duct tape), then the car started sputtering at higher power levels and eventually threw a misfire cyl2. Rolled back power and everything was fine again. So next up for this car stronger coils and new plugs, I think. Interestingly at ~28psi sputtering it still did 700whp. Didn't have a chance to look in to the timing drops but like all single turbo cars, we run them with stock knock tables these days, so likely a little false knock there.

Overall though very happy with the power levels at 24psi. The car will be out at NFZ next week, hopefully misfire free! 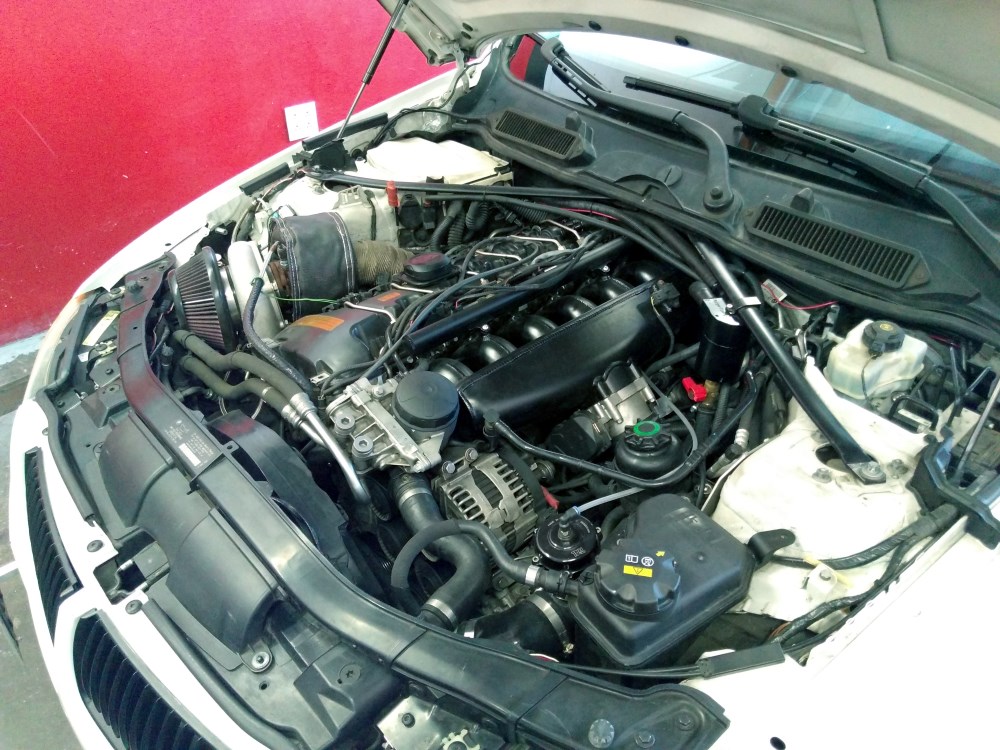 Nice numbers! What's your ultimate boost target, and with what fuel?

Interesting that you'll be selling that Chinese PI manifold soon, too. Curious to see costs on that. Is it N54 only, or N55, too?

Nice numbers at 24 psi, would like to see what it could do when its misfire free
T

hardparker said:
Nice numbers! What's your ultimate boost target, and with what fuel?

Interesting that you'll be selling that Chinese PI manifold soon, too. Curious to see costs on that. Is it N54 only, or N55, too?
Click to expand...

Owner is looking for 750whp @ 32psi, IIRC. On the manifold we'll have them for the N55 applications too. Price will be good, but can't share that until I see what our landed cost winds up being along with the minor modification we need to make to get the up to our standards.
Reactions: Twinz

So is VM/ACF only offered through BMS now? Trying to figure out why nobody gets any response or hears anything from VM/ACF directly and the only people posting up are the BMS crew.
T

VM sold to ACF when Payam went to work for BMS. BMS does not sell turbos or turbo kits. ACF is an independent business that sells turbo kits. But, their main focus is on manufacturing. In fact they make a lot of parts for BMS and other companies. But they still sell the turbo kits direct as well.

Nice! What does the ST_E85_TS_PI flash target for timing?
T

About what you see in the log above. 4 degrees peak torque up to 7-8 degrees at high RPM.
Reactions: suspenceful

[email protected] said:
About what you see in the log above. 4 degrees peak torque up to 7-8 degrees at high RPM.
Click to expand...

That's impressive results for a moderate (and safe) amount of timing. Congrats! I'm betting there's more power that could be had tuning that ignition advance (at the risk of reliability).
Show hidden low quality content
You must log in or register to reply here.