MMP Calling out the Lies 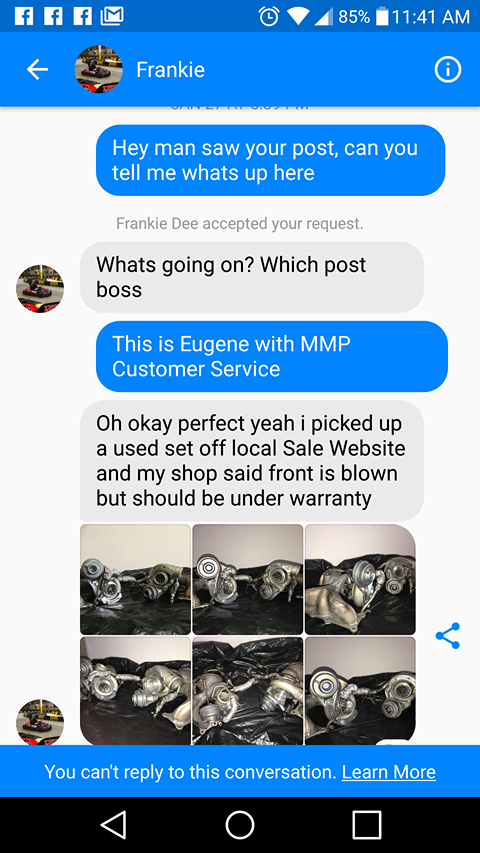 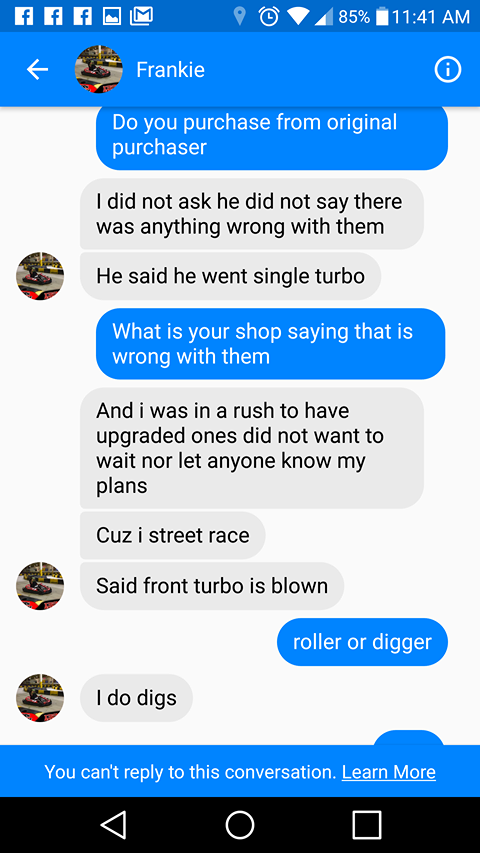 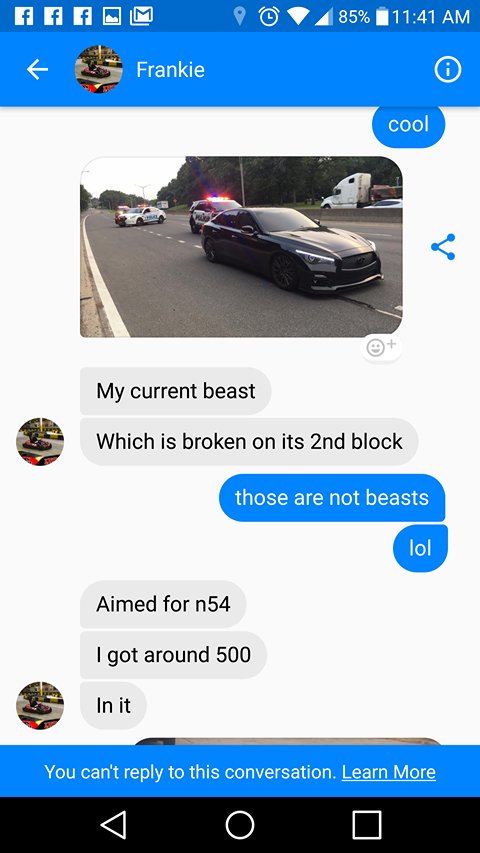 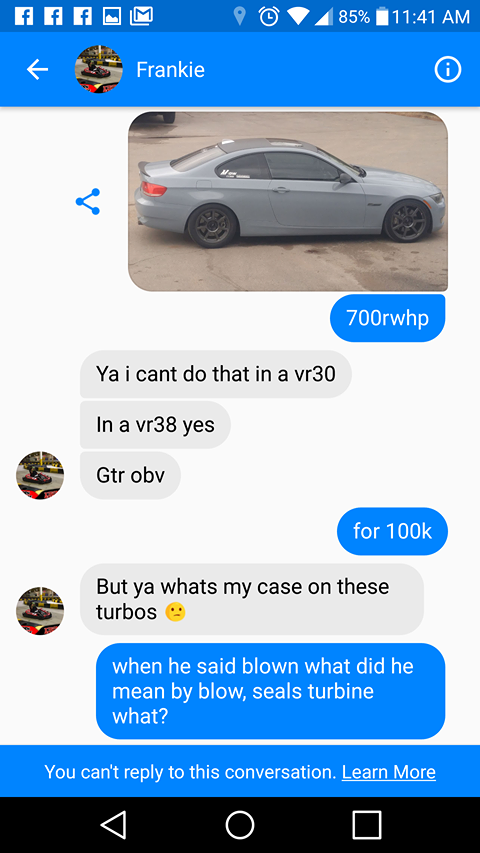 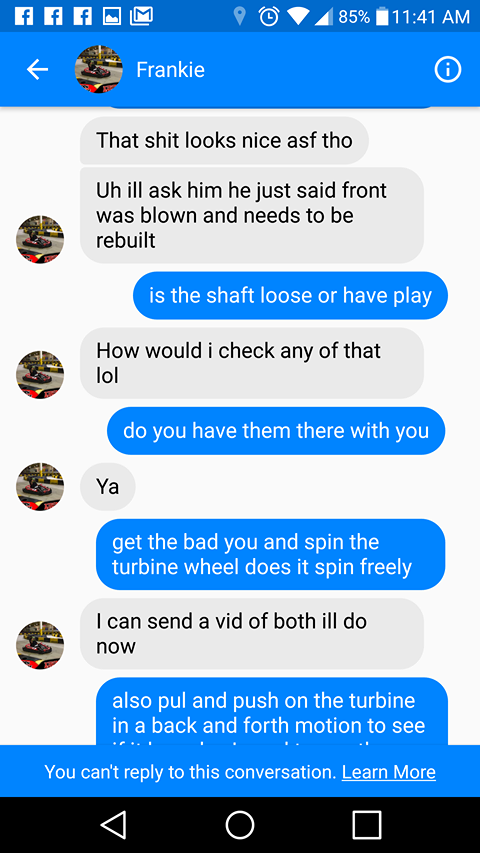 Sorry to see this situation come to this. That guy was all over the facebook pages thrashing without a good reason. Hope it's resolved.
Reactions: [email protected]

Just curious. What do you guys use to assemble and build the chra? Are the bearings, seals, and turbine shafts genuine Mitsubishi? I have installed a lot of mmp turbos and they always seem to have an issue smoking down the road. After taking them apart myself I find the turbine hot side shaft seal leaking.
Reactions: ChrisNeil5 and Zhelyazkov

You can PM Mauricio for an answer to the specs, I do not know them. Sorry
Reactions: Zhelyazkov

Hi 4N, good talking with you today. Yes we use quality TD04 spec internals as well as upgraded dual oil passage with larger bearing area thrust bearings. Smoking issues can happen for a variety of reasons from turbo failure to oil over supply. I posted an interesting discussion on this topic just now in the N54 engine section, join the discussion there
I

the second i see someone pulling the old honda trick 'nah i street race so i bought these on the hush cuse i dont want ppl knowing what i got' STFU you [email protected] ass MFer. People like this guy ruin the community
Reactions: AZN54

This is why we do not allow people to "Ask for a friend" or any of that bullshit. I delete those pending posts, tell your friend they can come and ask for themselves otherwise you aren't advertising here.

What is it about turbochargers that attracts all the knuckle draggers into the BMW world?

Quality Td04 internals but not genuine Mitsubishi like the guy asked , what internals are being used ? Alibaba quality or Borg Warner quality ?
S

Judging from the injectors in their pi kits, id say Alibaba.

Gen 2 PI kit has genuine Bosch injectors with certificates from Bosch to verify on their website and are also 3rd party tested by lab in Houston to match within 1% with testing certificate provided.

Gen 2 kit fixes any issues some had with gen 1 kit.

So what was being used in Gen 1 ?? Were they not genuine Bosch ? Were they not new ? Were they refurbished ? When I purchase a pi kit from an actual vendor (not craigslist) , I expect ALL parts to be NEW unless stated that it includes refurbished parts. If they are advertised as Bosch injectors, I expect them to be GENUINE Bosch and NOT a knockoff Bosch. Thats just stupid.
Reactions: Torgus and GhostRiderCanada
S

I would like to you guys to get ahold of me and work out some solution to my POS MMP BOV falling apart and leave a big round washer banging on my intake valves. [email protected] i need some sort of refund from you guys
Reactions: Torgus and TheFixer

drudown11 said:
I would like to you guys to get ahold of me and work out some solution to my POS MMP BOV falling apart and leave a big round washer banging on my intake valves. [email protected] i need some sort of refund from you guys
Click to expand...

Ditto..... same thing happened to me. Zero response from MMP about their garbage BOV.
Reactions: Torgus
You must log in or register to reply here.