Alright, well I'm persistent if nothing else. As some may recall, I had a head ported 1+ years ago which got mostly done and then a few things on the project went awry. Personal issues for the guy doing the work. He's a good guy and I'm not going to go into the details. At the end of the day I got the head back, but had decided to go a different route.

End of last year I shipped another N54 head out, this one to Tony Salloum @ VAC Motorsport. I was not going to have issues on this one. I've known Tony and been in the same BMW road racing circles as him for 20 years. VAC got the head, work got done over the past month or two, and now it makes its way back. I'll post photos and such here, as we get it, build it up, etc.

So a few things. What I told Tony was the following: the head will be on a street motor, 600whp emix, 20psi target with TD04s, Schrick low-lift cams. Not looking to replace the valvetrain (I don't see a return on that expense).

They took in the head, disassembled, cleaned, mic'd everything. Got resurfaced at 0.005", ran through his CNC for the port and polish. VAC just got a Newen CNC valve seat and guide machine. He dropped me a couple photos of work done with it. Very nice. I'll post photos of the N54 work when the head arrives, but figured I'd show these in the meantime. 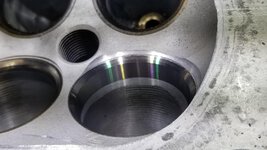 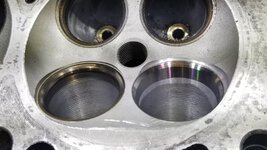 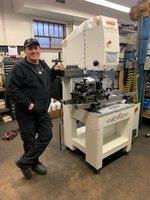 That is really cool to see.

I was wondering same thing about the measurements then also the testing on something that models the head to validate it prior to ruining the first one.

Good question - I don't know how they figure all that out. They do a fair bit of it so I imagine there is a process. I've not asked Tony details like that - he's always been gracious with his time with me, and I appreciate that (and try to be mindful) given they've got a busy place to operate with a lot going on.

Amazing to watch.
For the measurement's, my guess would be lots of precise sensors. Thinking about my 3D printers, they have end stop switches and sensors to know where the end points are located. This could be translated to robots like the one in the video.

I thought they have a sensor 'bit' and you run the sensor over the edges manually and it maps out the geometry. Or a 3d scan.

The head to head variance and casting differences when the bit is in there at a deep angle is what I'm curious about, you may end up with an accidental collision.
Reactions: NoGuru
Show hidden low quality content
You must log in or register to reply here.