You are using an out of date browser. It may not display this or other websites correctly.
You should upgrade or use an alternative browser.
D

I thought I’d drop my build details in this forum after being a ‘lurker’ for a while!

I’ve had my 335i now for 5.5 years, it’s been modified bit by bit during the time of ownership.

Initially it was the usual FBO status (AR DP’s, AFE DCI, procede tune, AMS FMIC, BMW PE) then I tried E85 just using a fuelit stage 2 and E50 and it made decent power. I had attempted to maintain the car to a high standard so replaced all the usual items over the years (HPFP, T/Stat, waterpump, injectors, plugs, coils, O2’s, boost solenoids, vac lines, 034 engine & UUC trans mounts, serp belt, rad hoses, CSF rad etc etc) and since it’s not my daily driver it doesn’t rack up huge kays. Unfortunately at times it sits idle for too long, being too busy to get the chance or make the time to go for a blap!

I had decided early on to futureproof my driveline/suspension for decent power so was going to install my wavetrac LSD and do M3 arms bushings coilovers etc then decided to sell that and buy an entire M3 driveline. Back in 2013 this was quite expensive (in Australia M3’s were >$100k USD back then – yeah we get ripped off here due to a much smaller market then the USA) from a 2011 M3 so this included subframe with LSD driveshafts, knuckles, brakes, control arms, toe arms, sway bars etc etc I also upgraded to wider track via the use of oem zcp rims wrapped in Nitto NT05’s 245/35 up front and 275/30 rear. Back then M3 driveline swaps were kinda rare so I had spent many hours reearching what parts to use for the driveline swap to retrofit it with the 335i.
This totally transformed the car, it was no longer a understeering mess in the twisties and it was a disaster trying to put the power down with the open diff (even with relatively 'grippy' goodyear F1 A2 265 tyres) after the LSD and NT05's it just gripped and put the power down! I kinda ran outta cash dropping $15k or so on this mod and instead of buying the ohlin R&T’s I had wanted, I settled for BC BR coilovers… (I had to get new shocks/springs to suit M3 knuckles)

I’ve been keen to do a turbo upgrade for years, and in the past 12 months was set on a ST setup, but being RHD this is a major PITA and no LHD kits are pnp RHD compatiable.. RB turbos here in Australia had a terrible reputation with high failure rates, and a mate had a set of RB’s and then pure stage 2 hi flows die on him… So I wanted to go for a reliable ST setup, but currently there is no local in my area workshop performing ST setups on the N54 (the N54 ST specialist in Australia Duck is 12 hrs away) My wastegates have been rattling for years but lately they’re getting worse… My 335i has done 90000 km’s (56000 miles) and they still hit boost targets with no smoke, but after driving a friends 135i with fresh oem turbos it was so much more responsive down low coming on boost as my turbos are lazy to build boost down low. and since I’m just about to build a new house in 6 months time so I decided instead of dropping $15-20k on a ST, or going for fresh oem turbos I’d go for cheaper upgraded twins..

I decided on the VTT GC Lites, as I liked how there were no core charges and no reused 2nd hand parts/cores and not just big wheels stuffed in the small oem T3 housing and the enlarged cast manifolds with vband fitting are a great feature. Chris from VTT has been great to deal with so I proceeded with the purchase. Unfortunately the GC range is a tad finicky for outlets on RHD. The VTT outlets don’t fit, and the RB outlets ‘fit’ but can rub on the steering rack. I’ve decided to try and retain an oem like setup, so intend to get my local workshop to fabricate some hardpipe outlets and use a v band fitting. Since I’ll be going with a custom outlet pipe I figured I’d be best to have them fabbed to suit a upgraded FMIC (instead of redoing it at a later date) so decided to purchase a VRSF race FMIC to replace my AMS FMIC. I’ve been very happy with the AMS it’s a quality unit and IAT’s remain stable with minimal rise after repeated pulls. In Australia since we typically see temps of 20-45 degrees C (68-113 Deg F) a large FMIC for upgraded turbos is always nice to have!

At this stage the plan is to install the GC Lites, and keep oem fuelling setup (I like DI not a fan of PI) so will attempt to use E30 with a stage 2 (I have a stage 3 setup in case the LP fuelling side of things can’t keep up) and then possibly upgrad at a later date the HP fuelling side of with a shotgun setup in the future and hopefully utilise the motiv flex fuel setup!

I have a spec stage 2+ clutch and SMF setup to install, and since the subframe and steering rack is to be dropped to do the turbos I decided to buy a used M3 steering rack also. Once these items are dropped the oil pan is in position so will also plan to do the oil pan gasket and fresh pan bolts. I bought 3 sets of BL coils (2 for a few guys I know to hare shipping costs downunder to Australia) in the recent black Friday sale, Alex said they should be ready to ship shortly!

My local workshop is hoping to slot me in for the work in late Jan 2018 so I look forward to the results!

For future plans will be to dial in the turbo on a E30-E50 mix, install some ohlins coilovers with some GC camber plates (my current BC BR's are only 1 way adjustable and too soft under compression the KW V2's rode so much better on a friends car) and complete the interior headliner black anthracite retrim. 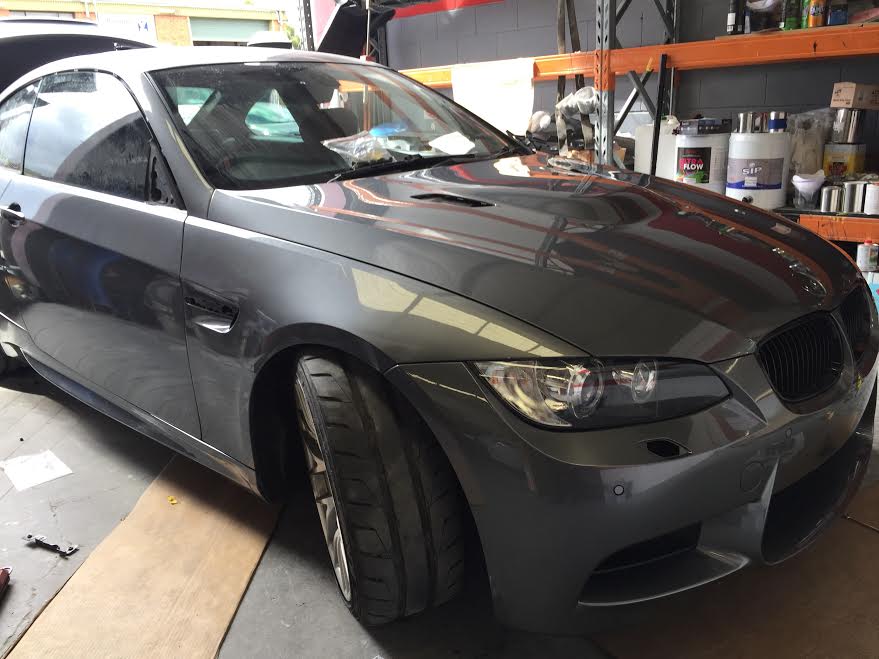 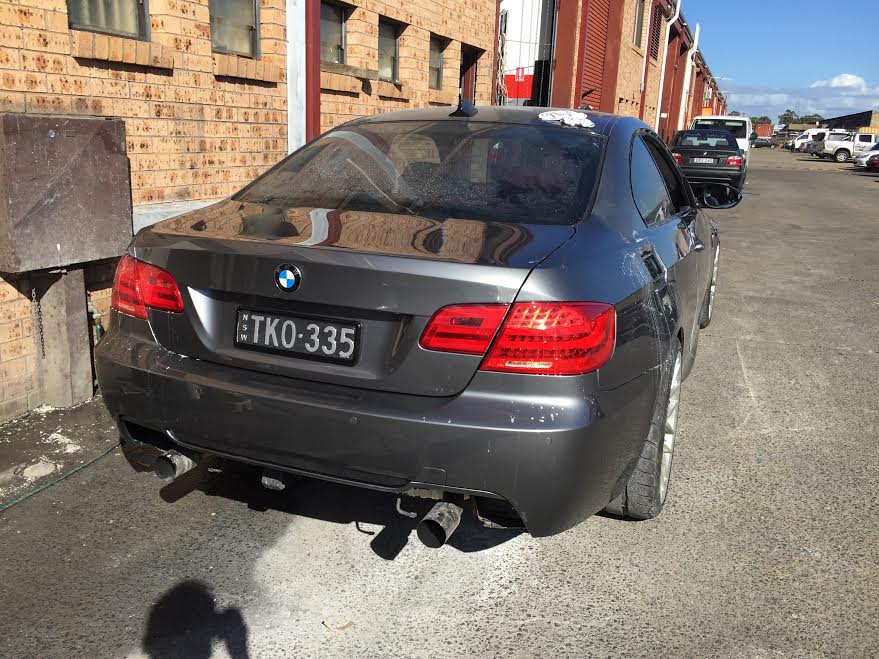 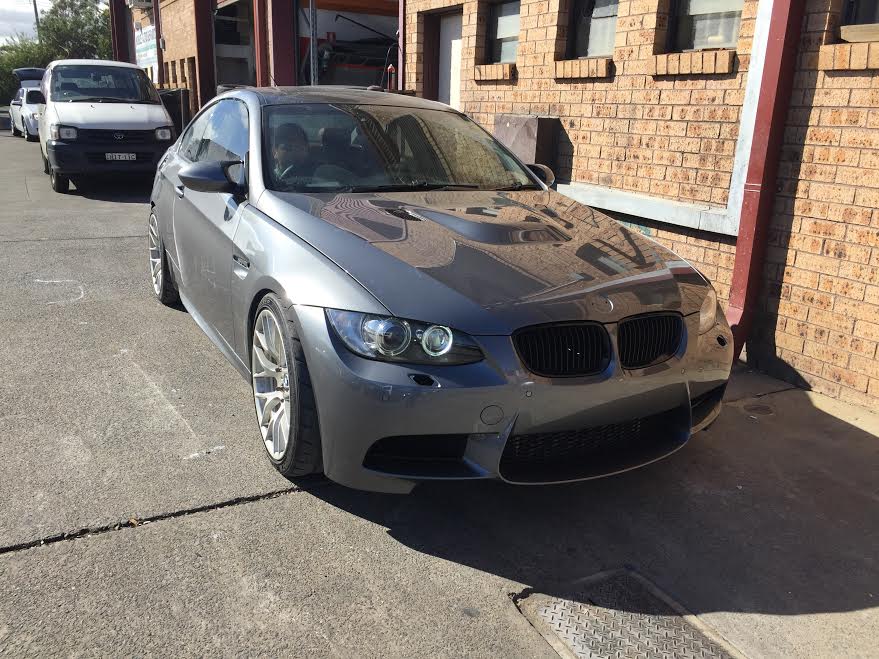 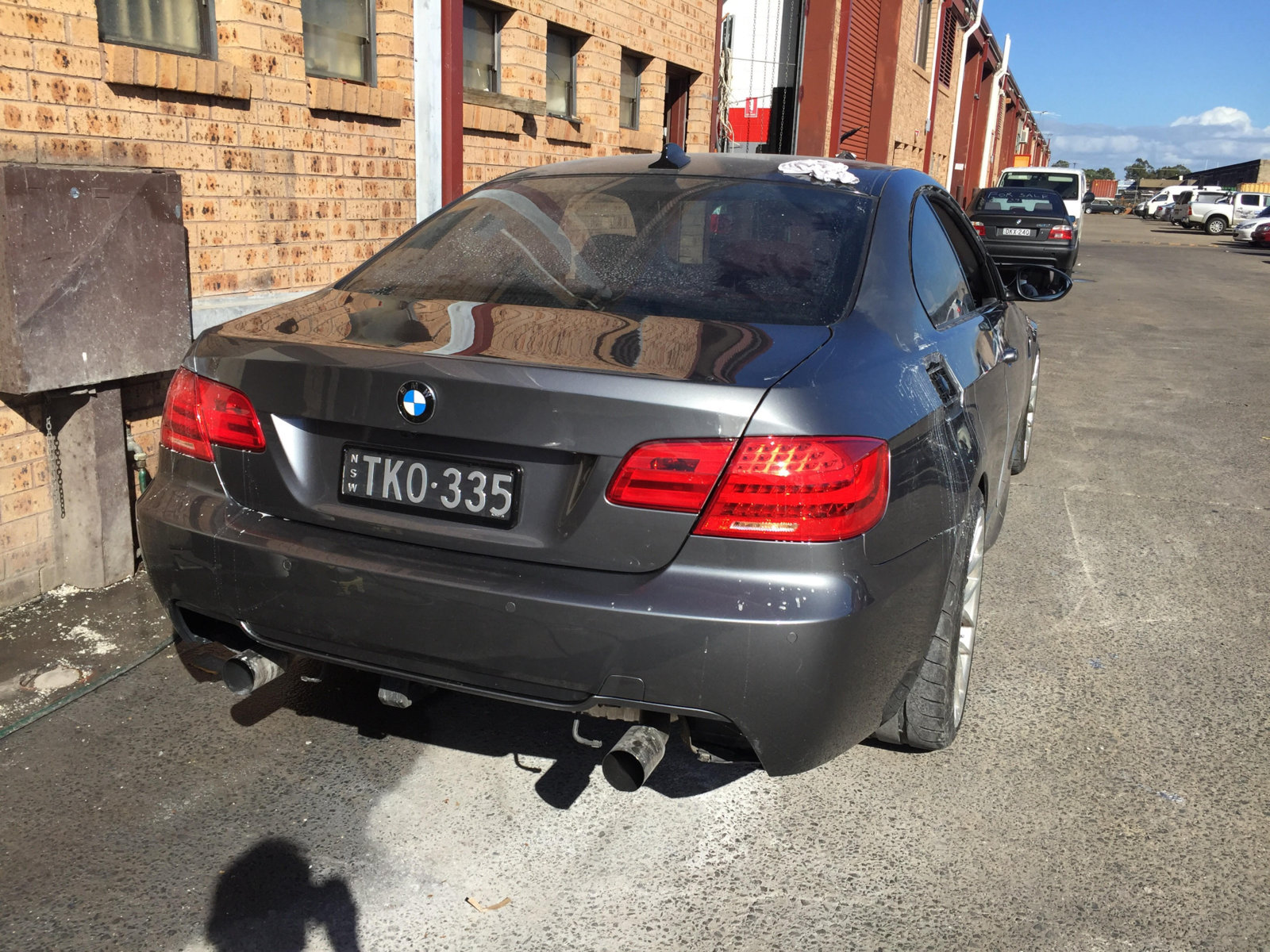 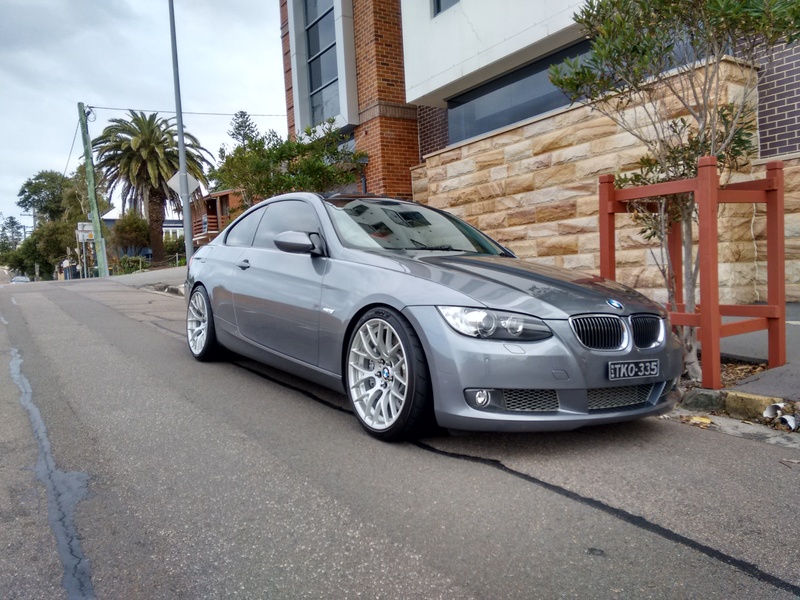 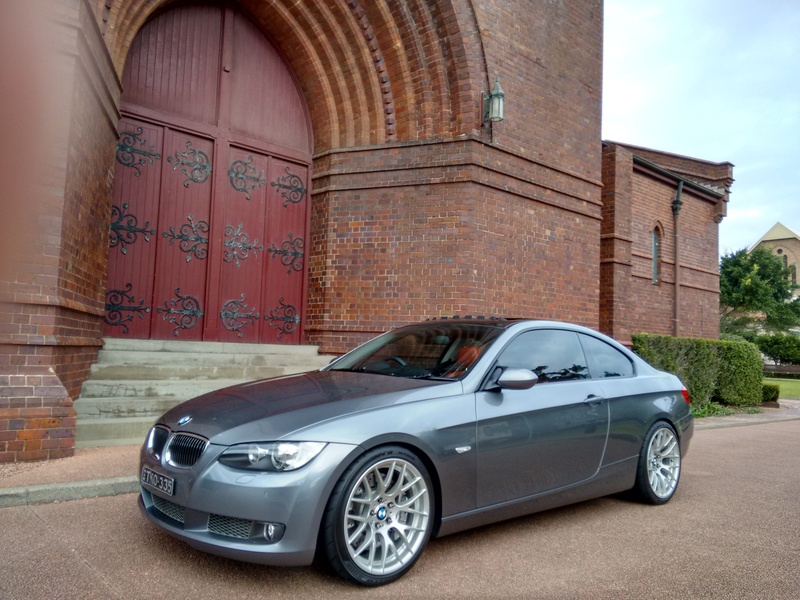 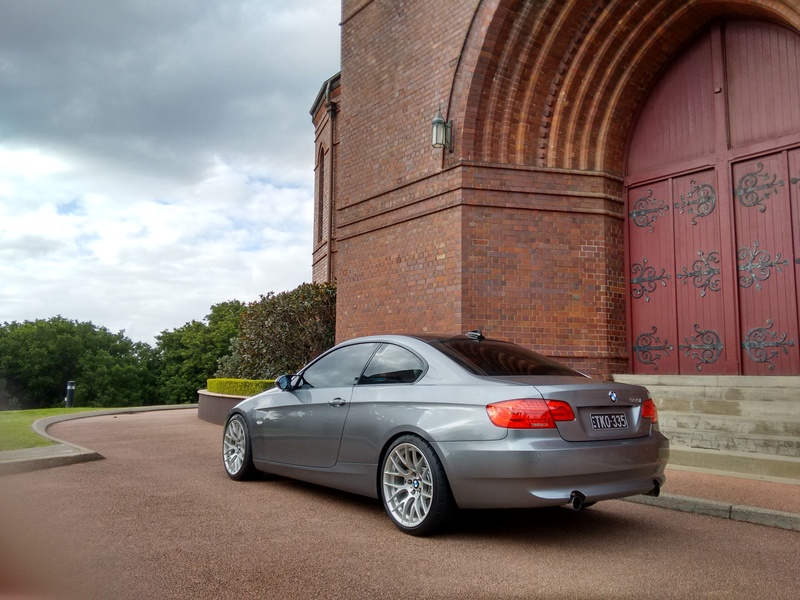 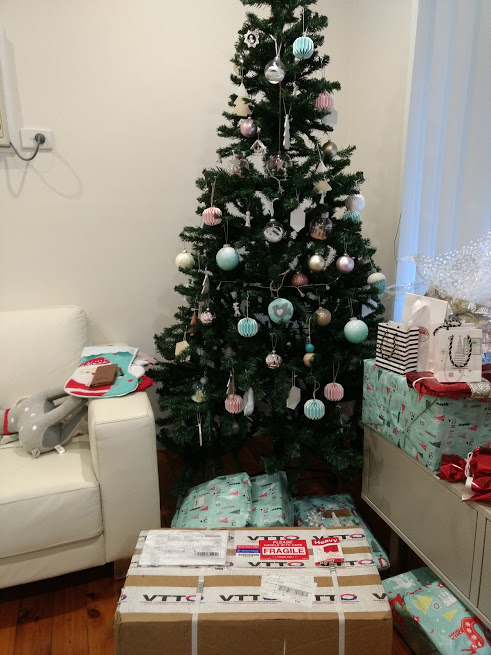 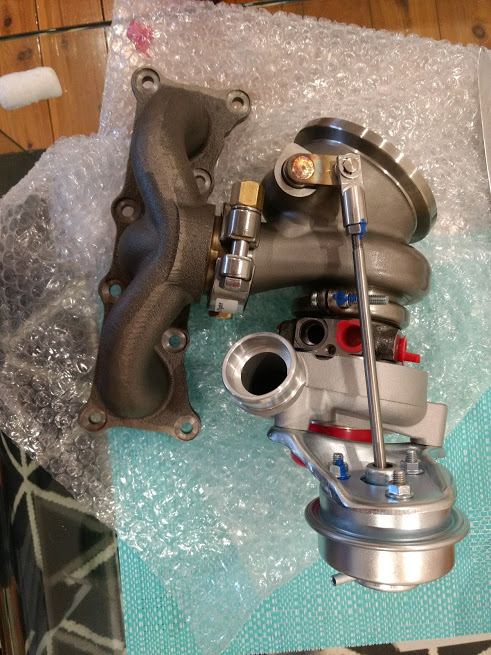 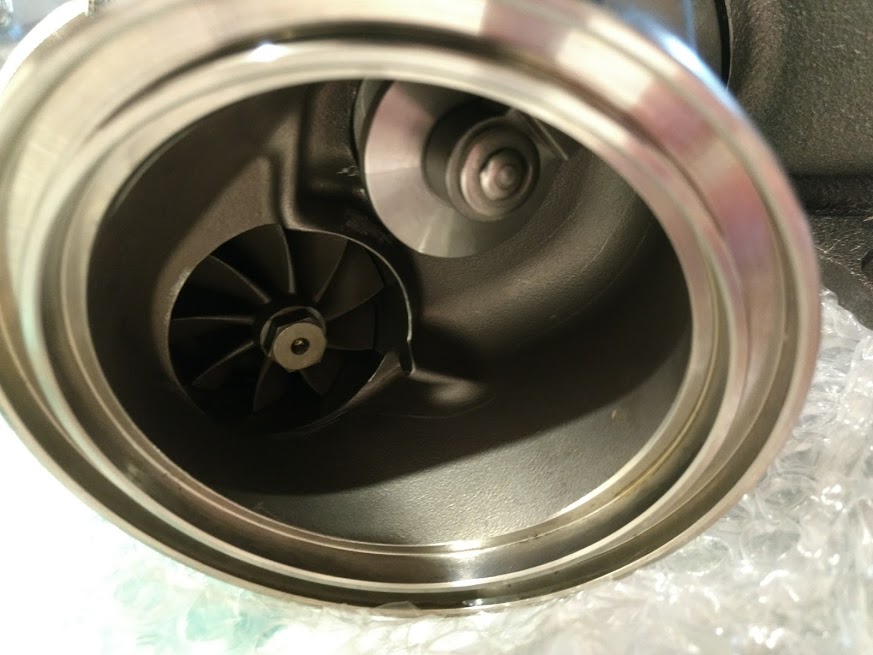 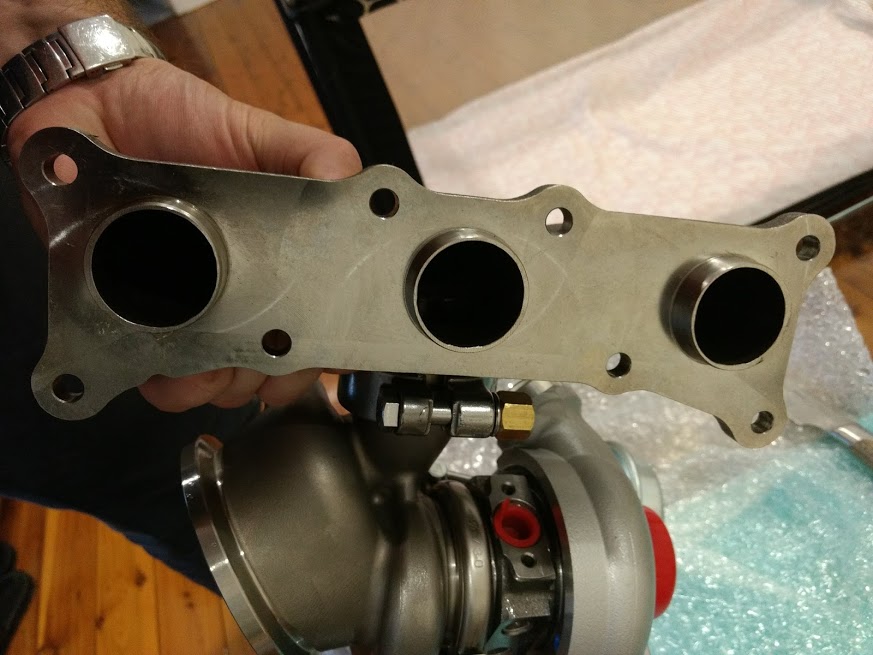 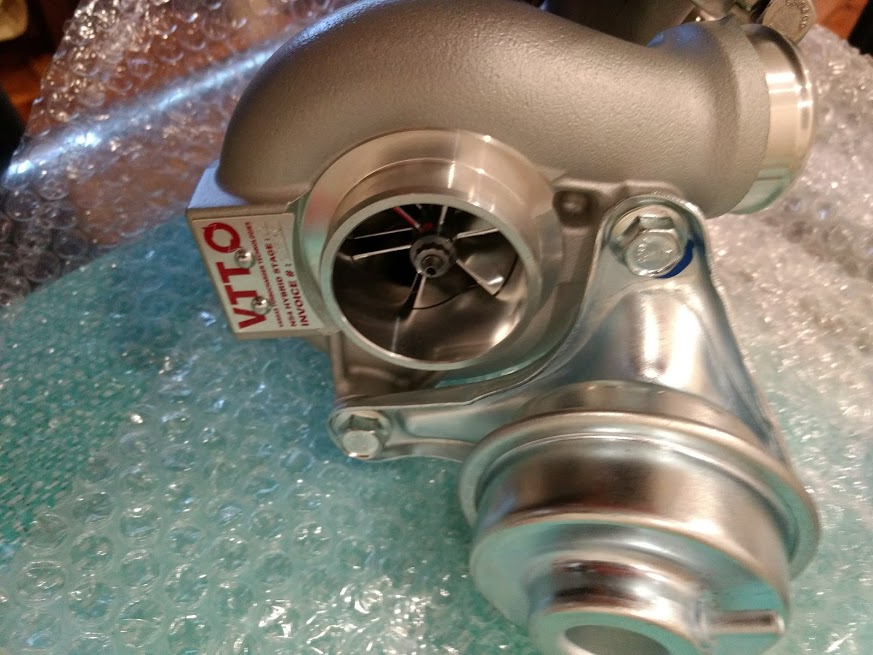 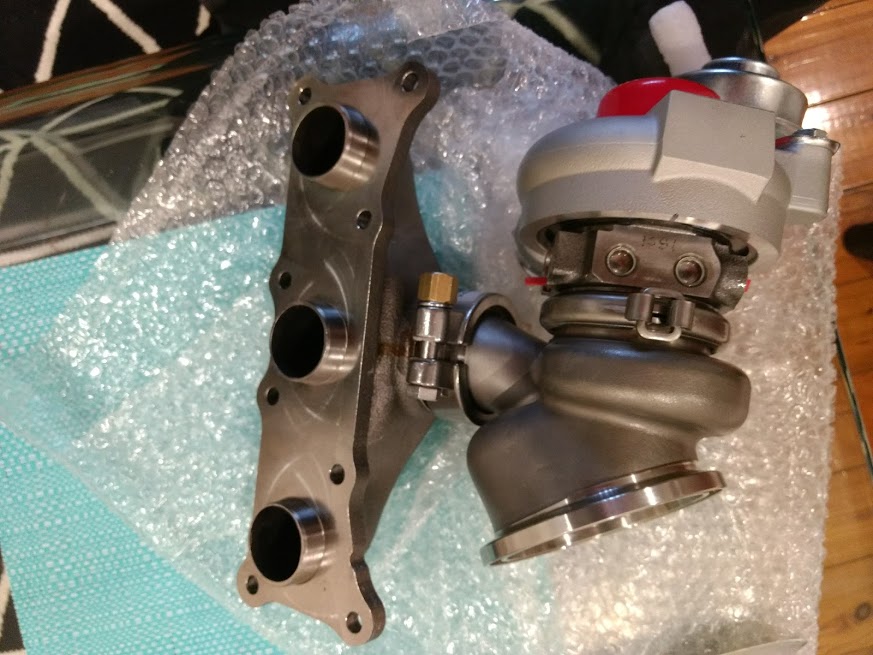 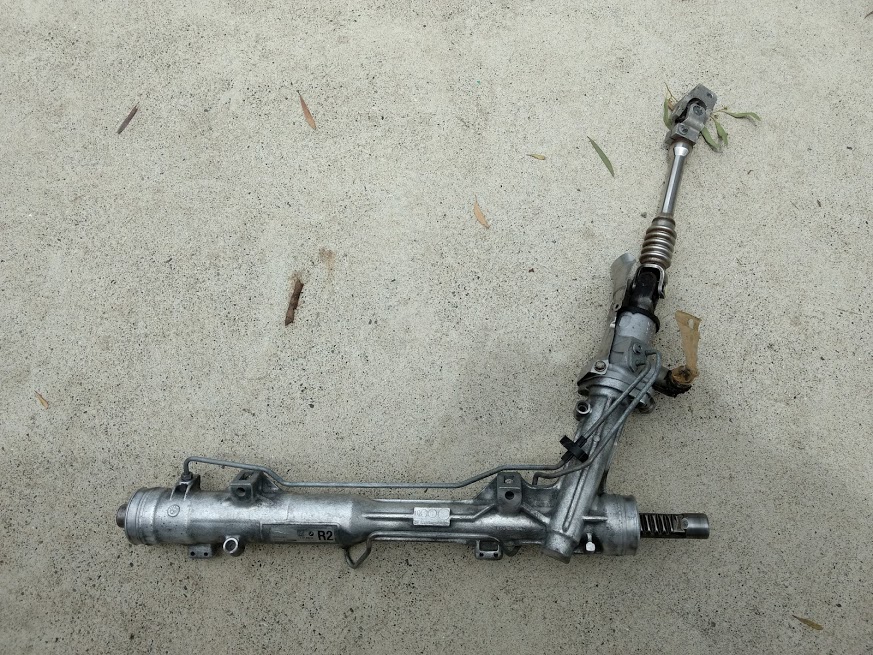 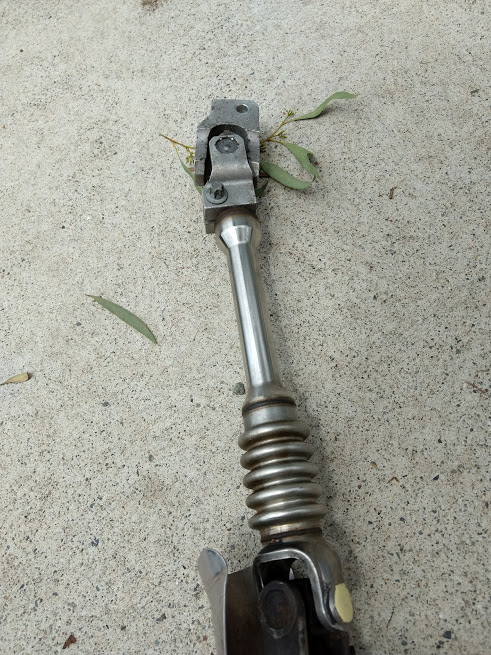 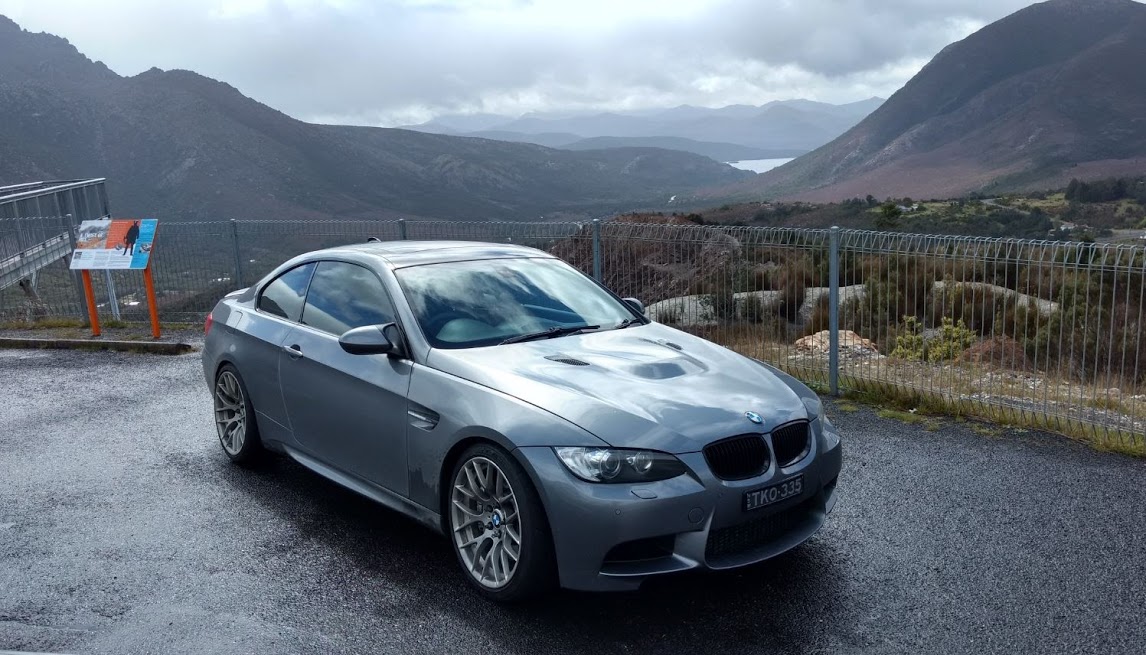 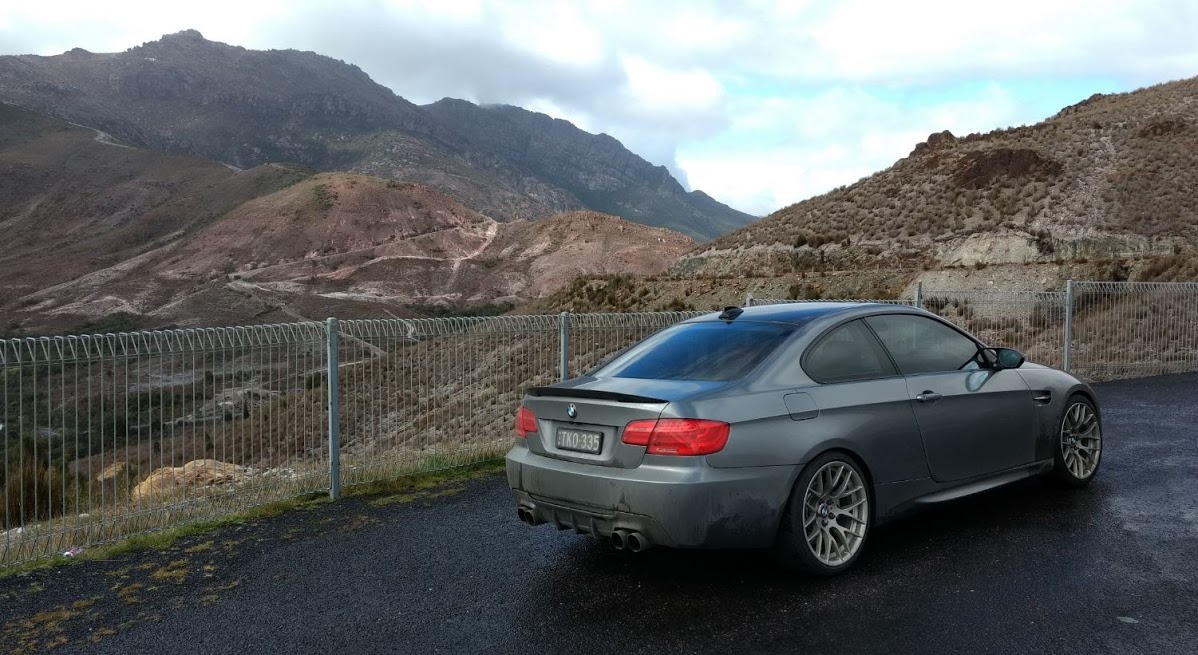 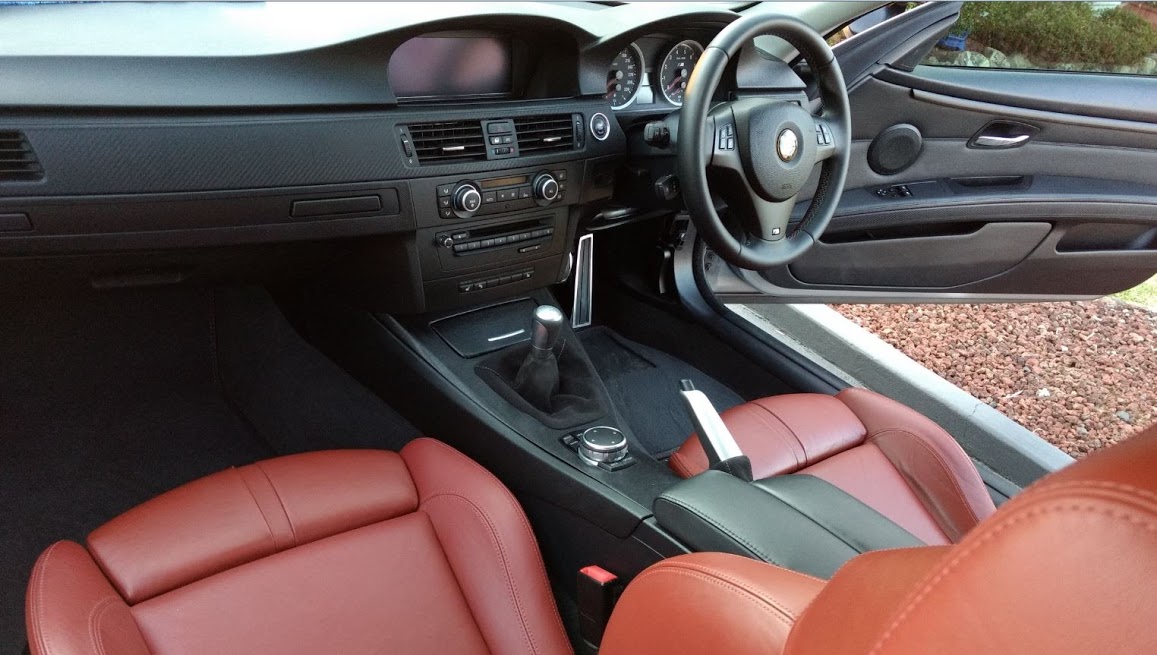 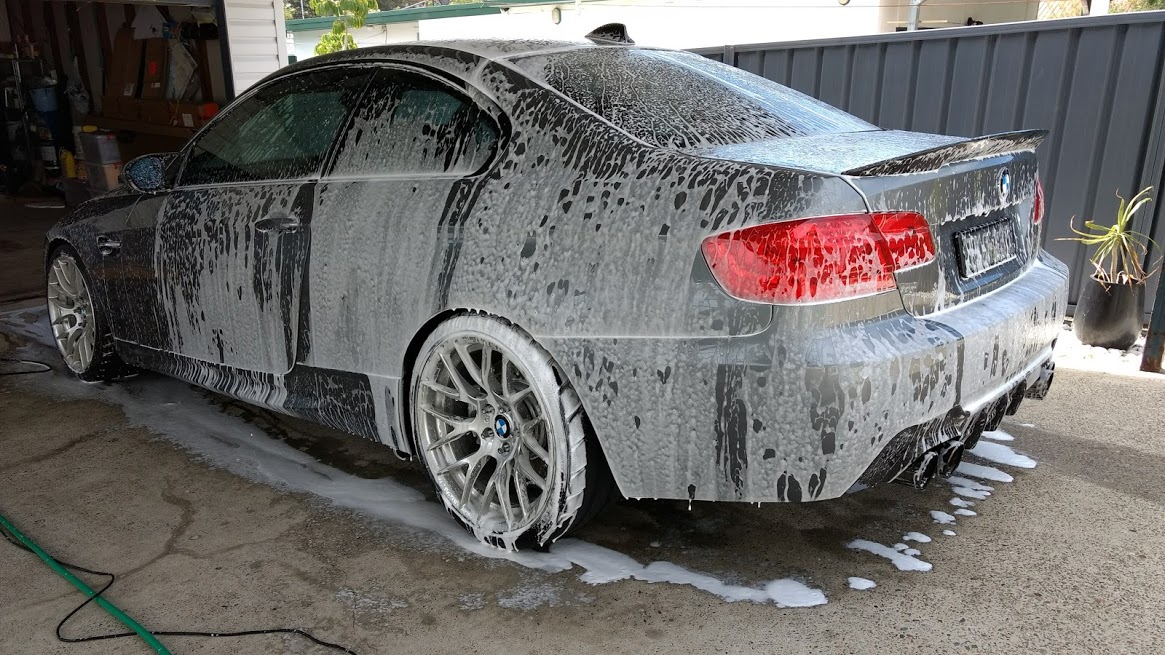 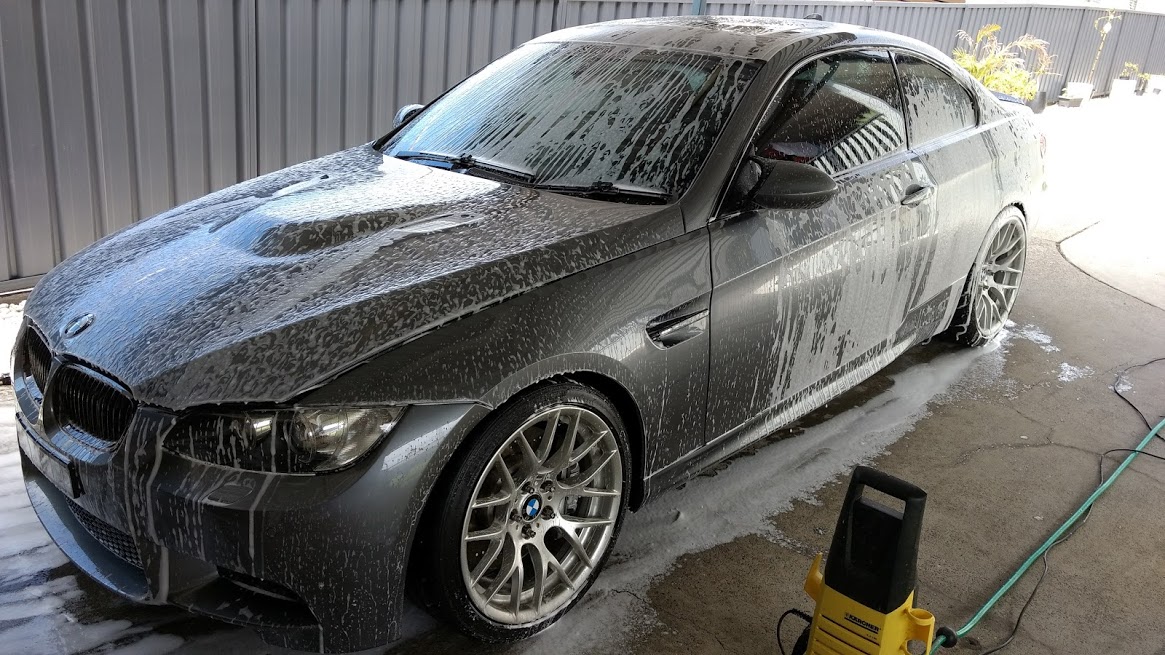 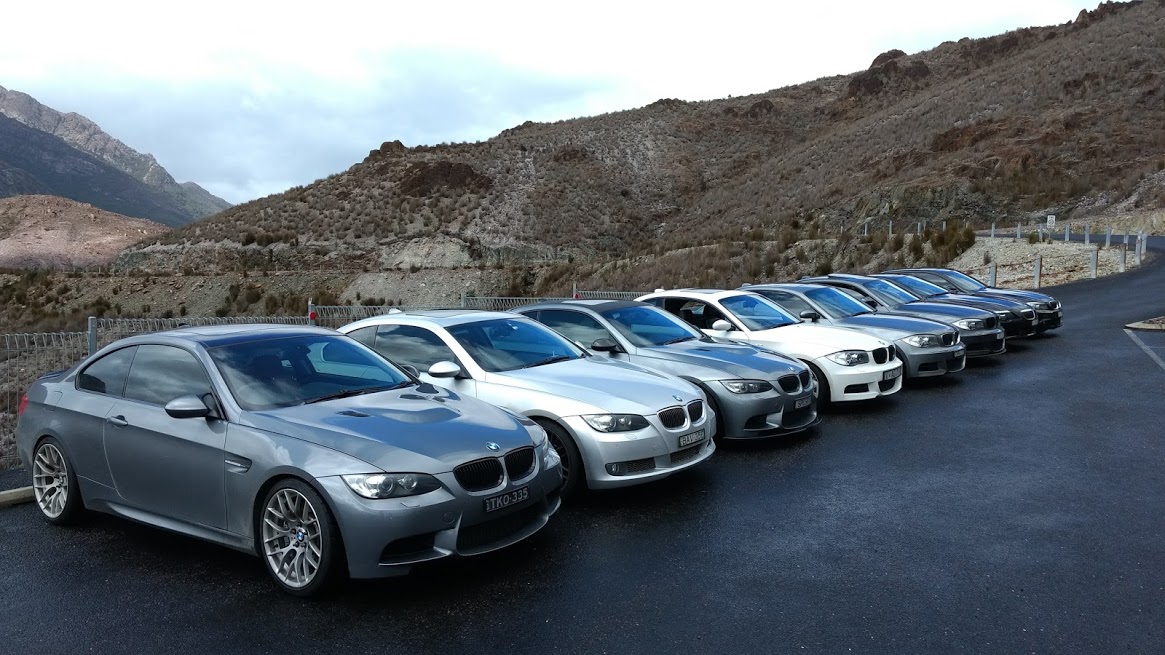 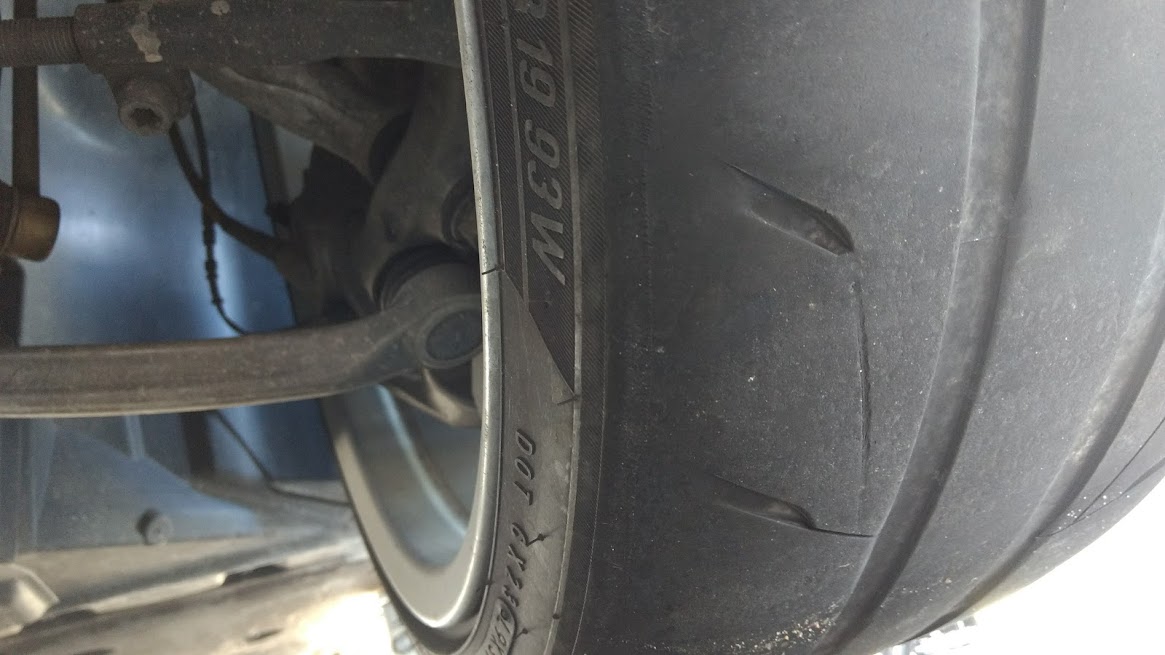 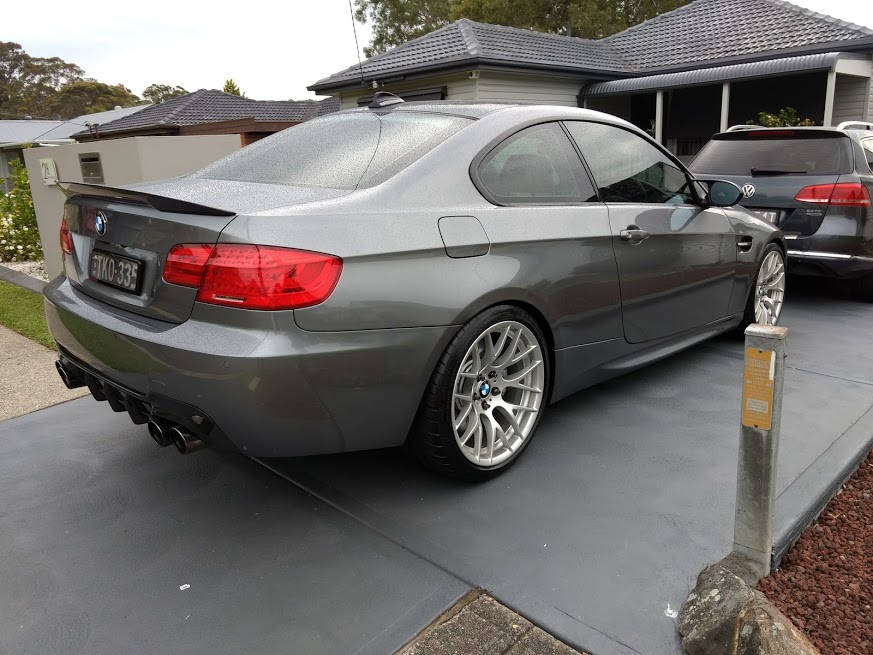 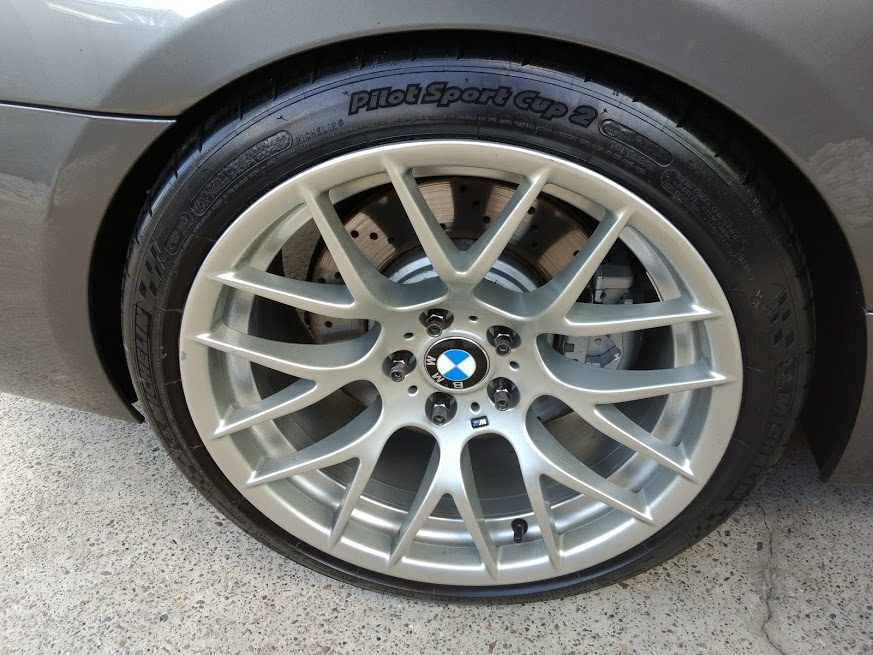 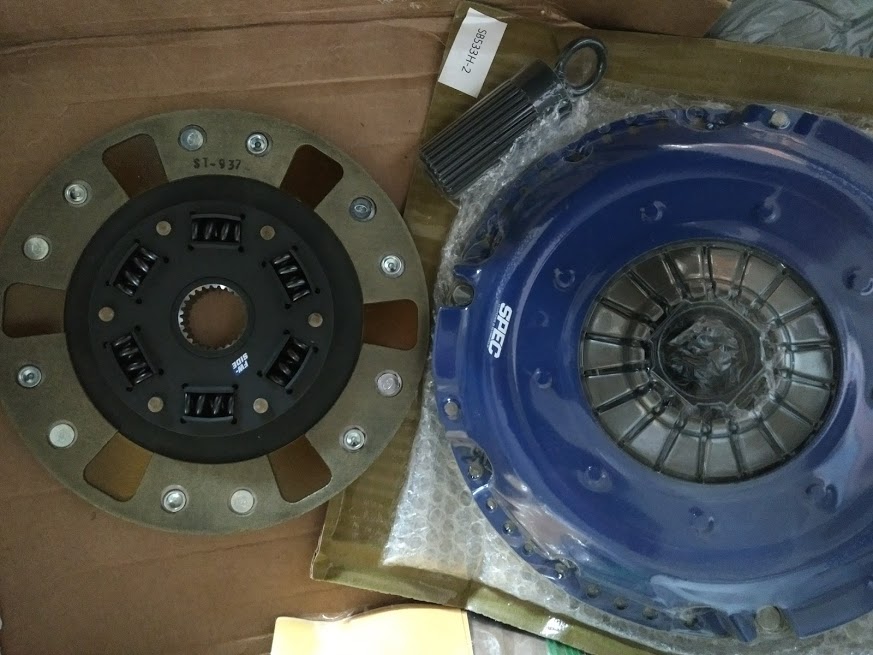 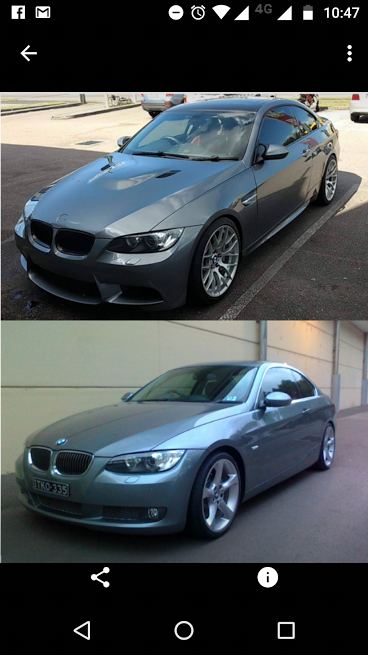 My M3 driveline didnt come with the driveshaft unfortunately. The 540i E39 and 740i share the same tailshaft flange and were dirt cheap. So basically I'm running a frankenstein 335i front half with 740i welded onto it for the diff connection.
Reactions: R.G.

What do you mean by "OEM M3 ds length adjusted"? I have M3 driveshaft on 335i MT and it must be shortened and 335i flange must be welded to front end... M3 flange will not fit do 335i gearbox.

Vitan said:
I have M3 driveshaft on 335i MT and it must be shortened
Click to expand...

^That is what I mean kamarad
Reactions: Vitan

What year is your car? I see it has LCI tails but doesn't appear to be a 335is. Anyway, if you have the M3 rack you may want to take a look at this, if you have JBBE2/3 then its a matter of wiring and coding:

doublespaces said:
What year is your car? I see it has LCI tails but doesn't appear to be a 335is. Anyway, if you have the M3 rack you may want to take a look at this, if you have JBBE2/3 then its a matter of wiring and coding:

We dont get the 335is here downunder in Oz, my car is a 2006 335i the LCI tails were installed not long after I purchased the car

Thanks for the link I had read a thread once before for the servotronic retrofit. I'll see how I go if the steering is too heavy I might have to look into it then!

If it's 2006 you may need a newer jbbf also. Requires jbbf2 or newer I believe.
You must log in or register to reply here.

Who wants head for Valentines?