Best way to record the cluster or overlay gauges on video?

I want to make a couple of dash videos but I hate how shaky they are and the fact that I have to hold the camera with one hand. I've seen those steering wheel mounts, but I'm curious if there is a better way. I already have a dashcam, but perhaps there is a way to get the gauges, perhaps from OBD? onto a video overlay or take the log data and use software to overlay gauges somehow and synchronize it with the video.

Or has anyone tried this:

I use my suction cup go pro mount.

Harry's Lap Timer - http://www.gps-laptimer.de/ - Looks like a pretty clean interface, but you gotta get a BT high speed receiver dongle

But will it do the tach and speedo as a sweep gauge on screen like you're recording the cluster?

Technically yes for the tach, but not the prettiest or most detailed tach from what I see. Doesn't seem like the speedo is in a sweep gauge format though 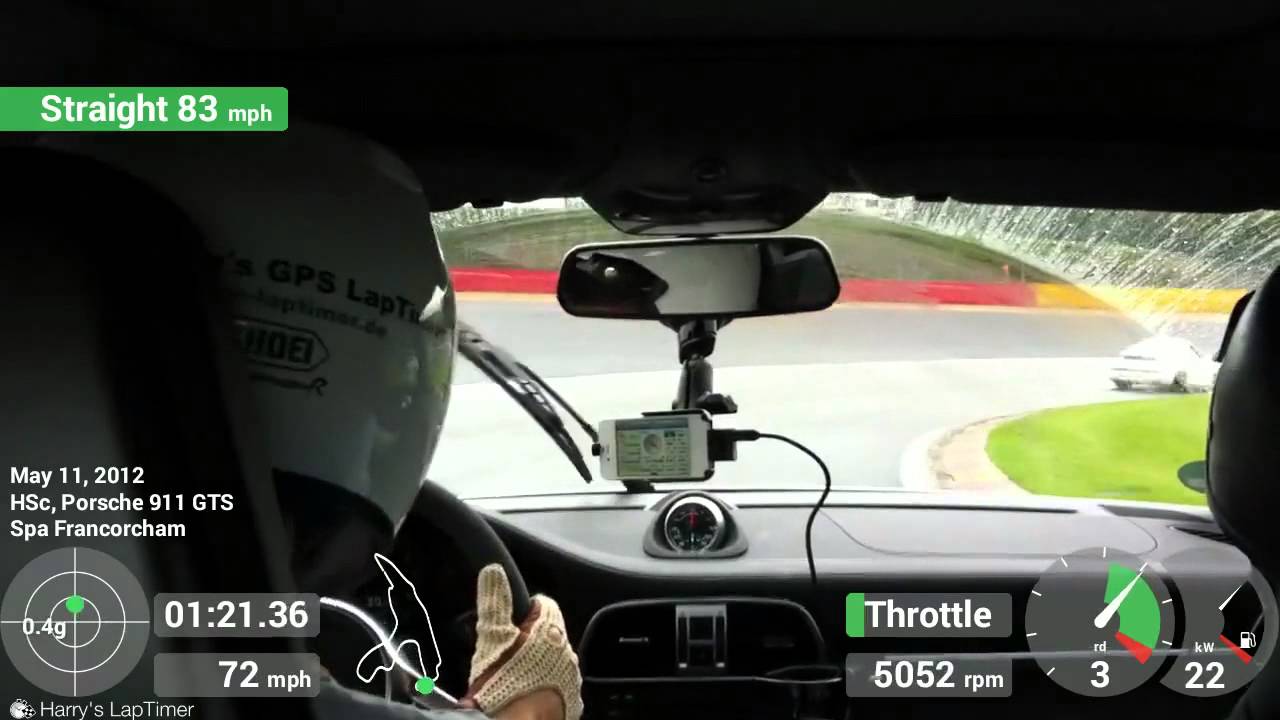 Anyone used a Waylens?

Good luck. Hope you get your Waylens. It looks pretty cool.

Post vids when you recieve it and start recording!!

Yeah, I hope to have a few pulls to share!


Jeffman said:
Good luck. Hope you get your Waylens. It looks pretty cool.
Click to expand...

I better get it! I paid for it and it shipped.

Waylens is great, I was thinking of backing their kickstarter years ago but I was running JB4 back then which wouldn't have been happy about anything taking canbus bandwidth. Should be similar to just a GoPro Hero5 but with _some_ OBD2 data.

GoPro Hero5 has gyro built-in so you can use it with their editing app or Race Render and it works great -- all the data is synced up with the video because it's embedded right in the video file. Here's an example of video with just purely hero5 video/data:
I also run a RaceCapture Pro unit in the car (fairly new, still getting it working smoothly..) which can pull OBD2 data (as well as a hell of a lot more features). With that I can pull anything from obd2 and log and display it via Race Render. A little bit more clunky to use since you have to sync up the data file with the video at the right spot (or find the right data file to the right video if you use the RaceRender to control the GoPro). Here's an example from same day when the RaceRender was working, just shows we were pulling RPM/Speed (but we were logging more data too):
Reactions: doublespaces

Very nice man! I have seen race render doing some pretty neat things. Will it work on 360 video?

Yep it supports 360 video too, here's an example from their youtube:

Yeah, the problem there is that camera is kind of bulky and its like 500 bucks.

I wonder if racerender would work with this, it is a dashcam/surveillance system:

If they log the data in the same way as the other waylens then it should work fine.. But they're certainly leaving that vague

My buddy uses torque with a bluetooth adapter and RaceRender. His videos turn out really good.
Reactions: doublespaces
You must log in or register to reply here.

Will you help my inner ricer? (Pop between shifts)

Anyone know how to register new battery on n54 with JB4 or MHD ?

1/4 mile mid 10s on DCT! MHD and XHP this platform is not dead, please read

What to do while the head is off?