after nearly 20 months of long awaited anticipation, we have finally put the money where out mouth is and have something to show for it: 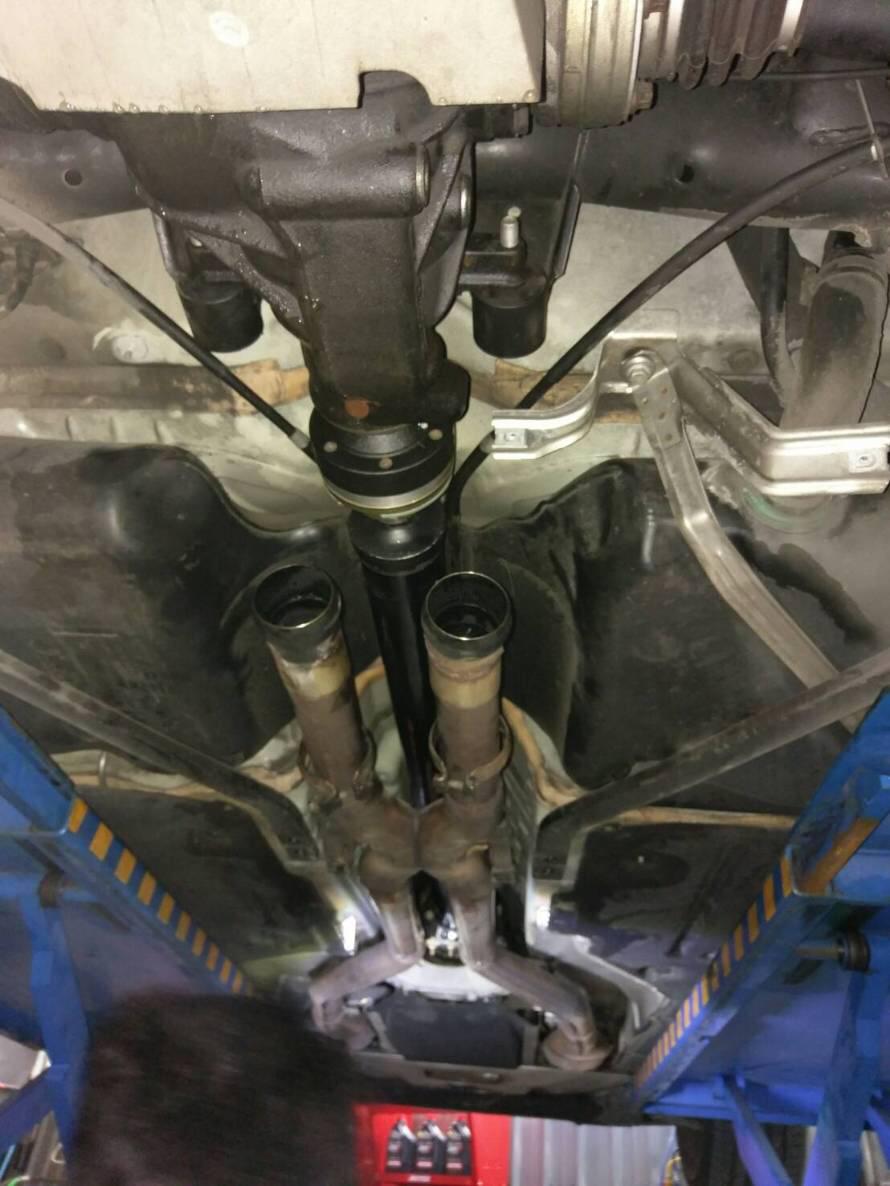 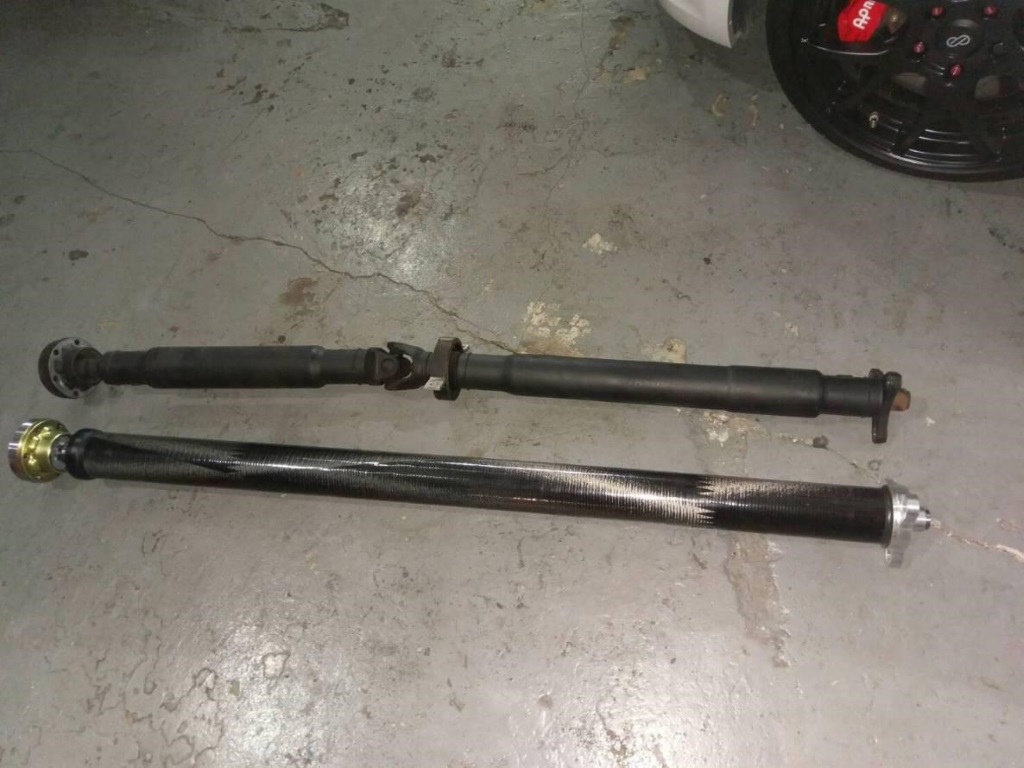 for those who have been following our driveshaft saga since the beginning, I'm sure you are all well aware by now of the issues we've had with previous partners, and thus our decision to move on and develop a new, better product from scratch.

in collaboration with a few key partners, we have finally finished developing a new carbon driveshaft that will hopefully help minimise the #1 issue that has been plaguing carbon driveshaft manufacturing since the beginning, be it aftermarket or oem: bonding

what exactly is this issue I hear you ask? Put simply, till this point in development, all manufacturers (including ourselves) have had the issue of the carbon tube breaking/spinning free from the flange/yolk/cv, causing immediate loss of drivetrain power. This is not a failure in the driveshaft parts themselves, but rather, the bonding/glue that holds everything together.

contrary to what some may believe to be a marketing exercise/scare tactic on my part, the reality is that this can and does happen (otherwise Nissan, MB AMG, BMW M etc wouldn't have had to recall their cars due to this issue, the most recent being the M4). A simple google search can confirm this to be true

there have been several "solutions" over the years by the manufacturers including:

all have failed to solve this issue.

So what is the solution proposed by YCW that has eluded the other manufacturers, and has taken us literally over 12 months of development time to come up with?

The image above shows our solution; not only do we retain our old bonding process (extended surface area with high temperature glue), we have also incorporated our new locking mechanism which physically locks the carbon tube into the connecting joint, thus reducing rotational forces (which previously fell solely on the glue), and helps minimise the chance of the tube from spinning free of the joint.

This new technology, coupled with our industry-leading flanges/yolks/cv's, allows me to proudly claim our product as one of the most advanced and durable carbon driveshafts on the market today, alongside our ongoing oem developments with Toyota Motorsports (TRD) and Ford Performance.

Ok, enough with the sales pitch and down to the nitty-gritty; what fitments are/will be available and how much is this going to cost you?

Initial Phase
- E90/92 M3 MT 2006-2013. We have 1 sample available to ship out to a customer in the USA for road testing, of whom will be responsible for providing everyone with an update on the m3post.com forums (I will reply to all the PM's I've received after this post)

Production will start on the corresponding fitment after successfully road tested. Only then will we begin accepting payments (no sooner). Pre-orders have no upper limit and will end once production is complete and orders ready to ship

Tester Pricing
All testers will be offered the special "tester price" of $1100 inc shipping. All testers must be located within the contiguous US

Pre-Order Pricing
All fitments will have a pre-order price of $1300 inc shipping (additional shipping charges may apply if outside the US, or you cannot wait the 2-3 week shipping time and require us to ship via Air)

How to Pre-Order
Please PM me and I will add you to the Pre-Order list. Again, we will only start accepting payments after road testing for that fitment is complete.

If you have any questions, please don't hesitate to ask
Last edited: Jan 29, 2019
Reactions: martymil, Rob.K, Dennis and 1 other person

What about people looking for m3 rear fitment wth their n54?
Reactions: Vitan and TJ Jrackers

I'm in 100% let me know when I can pay. Will these be shipped before march?
Reactions: doublespaces

Count me in, ready to pay.
Reactions: doublespaces

Sure would like a shaft with M3-diff flange for my -08 manual 335i.
Reactions: doublespaces

For people wanting custom lengths, I'm told if we can get 5 people, he can do it.

doublespaces said:
What about people looking for m3 rear fitment wth their n54?
Click to expand...

If we can get an oem sample (with modifications already done), we can make a custom fitment with 5 confirmed buyers

Yes, all E9X's are the same fitment. It is only the transmission/carrier that determines the difference

We are hoping to start a few test sets next month, and provided these fit ok, we'll start taking deposits for the production batch in January. They should be shipped before March, yes

Please let me know which fitment to add you under


Tuningservice.no said:
Sure would like a shaft with M3-diff flange for my -08 manual 335i.
Click to expand...

If we can get an oem sample (with modifications already done), we can make a custom fitment with 5 confirmed buyers

Yes, all E9X's are the same fitment. It is only the transmission/carrier that determines the difference

We need to get hold of an oem sample to take measurements from, and we can make the DCT fitments also


doublespaces said:
For people wanting custom lengths, I'm told if we can get 5 people, he can do it.
Click to expand...

If anyone else wants added to the list, please PM me (along with your fitment)

If anyone else wants added to the list, please PM me (along with your fitment)

Across all forums what is the price? And E93 is the same fitment as E92?

Josh said:
I'm in 100% let me know when I can pay. Will these be shipped before march?
Click to expand...

Were you intending on joining?
J

doublespaces said:
Were you intending on joining?
Click to expand...

I'm guessing the "start a conversation" is the same as a pm?

Josh said:
I'm guessing the "start a conversation" is the same as a pm?
Click to expand...

Is the confirmed buyer number total across the platforms or per application?

If i fit my M3 diff in my 335i and measure the accurate total shaft length you would be able to make one for me with the 335 flange on the gearbox-end and a M3 flange on the diff-end, right?
You must log in or register to reply here.