So I had to do something because my rear shocks completely separated and safety was a huge concern. Bought Stagg SHS All the way around. Rear went on really easy. Front are a 8 hr hell ride that never went past removal. I finally got the old spring on the new strut and the base won’t fit in the damn knuckle!! I’ve put some pretty big wedges into it to spread it wider for a larger base strut and still no go. Please someone, send me a lifeline. What can I do to get it back on my car, it’s my daily.
Reactions: doublespaces

I’m just having all sorts of problems here. Finally got it in now new on won’t swing back into perch. It’s in the strut clamp all the way, I’ve double and triple checked that, just too damn tall. I’ve even taken the fender off. This is just too damn much. Should have stopped at the back. FML

Is it possible the parts are simply incorrect? Got any photos? 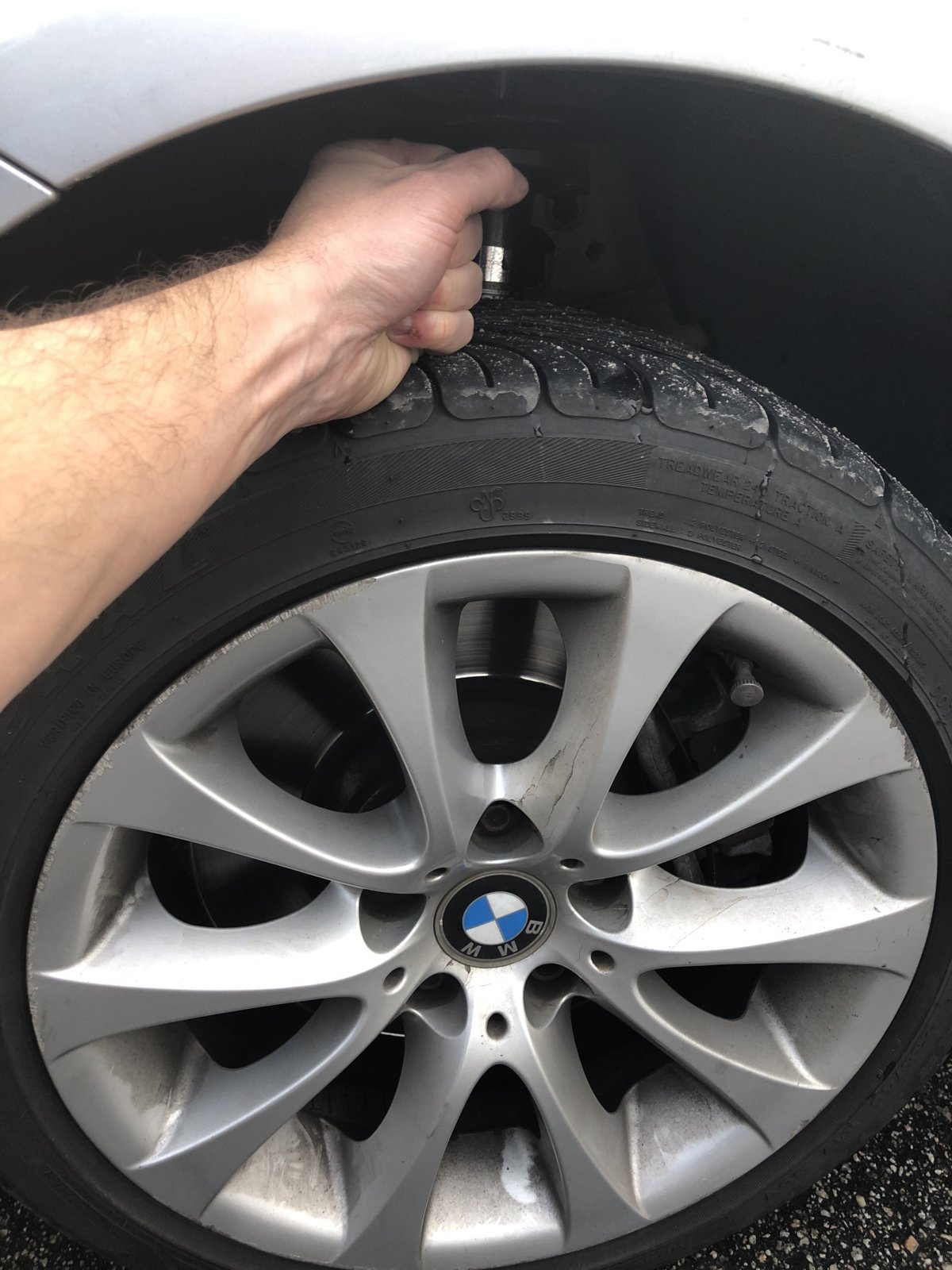 They are definitely incorrect. Spent 20hrs getting them in, lol. Got 5 finger width between my wheels and fender in front. Going to have to talk to the rep to get the right ones up front sent to me. Dreading taking the ones off that I just installed. Ended up having to file all the paint off lower part that goes through clamp so not sure how this will turn out. On a positive note, car handles and feels great.
Reactions: doublespaces

Went great with rep I emailed. No questions asked and I already have a tracking # on new struts. Fingers crossed they are not identical to the ones I already have, lol.

PUTC said:
Went great with rep I emailed. No questions asked and I already have a tracking # on new struts. Fingers crossed they are not identical to the ones I already have, lol.
Click to expand...

They might know they have messed up and hence the conversation went real well. Hopefully you get the right stuff this time

That’s my hope and I’m praying for that. Seemed too easy for an eBay seller
I

so your front struts are not sitting in the knuckle?

-Disconnect swaybar endlink
-Loosen lower control arm inside bolt (not a necessity but sometimes they are a PITA)
-Remove strut bolt (18mm i believe)
-use a large flathead screwdriver or a smaller prybar to wedge in the slot on the backside of the bottom of the knuckle. Use a hammer to tap upwards.
-If its spread just enough, you should be able to wiggle the knuckle/brake assembly and it should move downwards under its own weight a bit. You may need a longer prybar and a hook tool and pry down on the lower control arm, and you should overcome the resistance to get the knuckle from out and under the strut.
-Loosen the top 3 13mm and pull the strut out.

upon reassembly, you may need an extra set of hands to help you move the knuckle into place. keeping the screwdriver or the prybar wedged in the slot, use a jack to push the knuckle up until the strut bottoms out.

RWD and AWD front struts are different, however they will fit in the knuckle. The downside being the RWD struts will contact the axle boots and the length is physically different, which may explain the fist sized gap you have in the front of your car.
Reactions: doublespaces

I must have gotten the RWD assembly. I used a thick chisel and still was not able to spread it enough and they were much taller. Wish I would have paid more attention before I took springs off old one. About 3” taller. I got my new ones in the mail today. Can’t wait to see if they sent the right ones this time. I will say though, drives beautifully. Firm, hugs curves, soaks up small road imperfections. I do like the Stagg’s so far
I

PUTC said:
I must have gotten the RWD assembly. I used a thick chisel and still was not able to spread it enough and they were much taller. Wish I would have paid more attention before I took springs off old one. About 3” taller. I got my new ones in the mail today. Can’t wait to see if they sent the right ones this time. I will say though, drives beautifully. Firm, hugs curves, soaks up small road imperfections. I do like the Stagg’s so far
Click to expand...

you definitely got the wrong front struts. an XI front knuckle is steel, and the struts usually come out with little to no effort, sometimes not even requiring a wedge. the RWD models have aluminum front knuckles, and they require some persuasion to move.

Good to know. Felt like such an idiot, lol 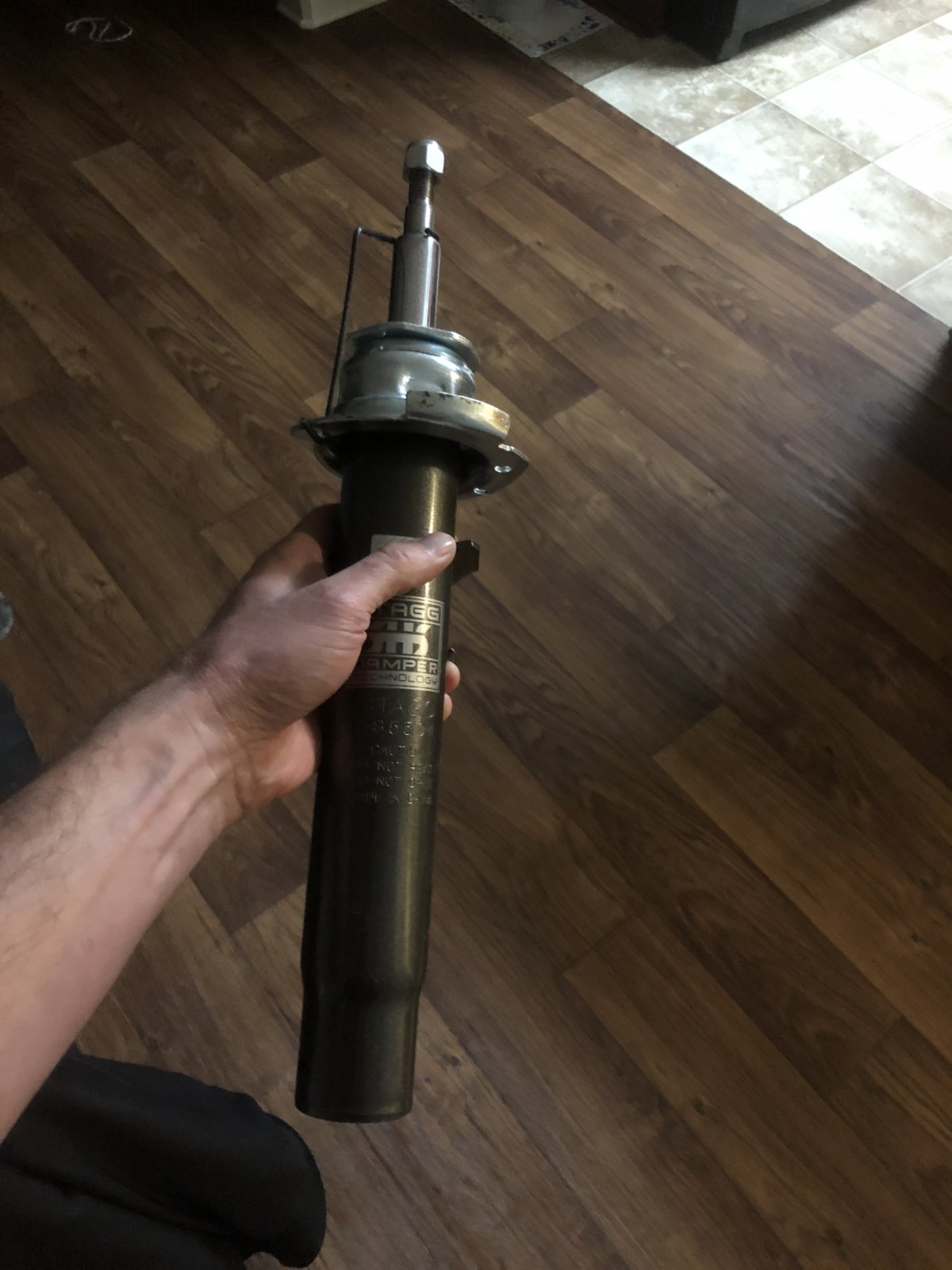 I got the correct ones today!!!! Now the question is how to get the wrong ones out that I had to file down, prybar and hammer into place!?!? Lol, life is hell but I’m gonna look good when it freezes over
Reactions: doublespaces
I

yeahhhh have fun with that. well at least the new ones should drop right in.

its a bit annoying in the spring compressor to get everything to line up but should go better this time.

The springs I was able to do pretty quickly. I attached the top of the spring compressor to the bottom part of the top mount and it compressed very evenly. Just took a little finagling to get clamp off but almost no time or effort. I’m just wondering if I could use a pry bar to leverage it out. With the cv axel in the way a hammer won’t really work on the bottom. Maybe a big c-clamp? Or hammer the upper part?
I

I usually got a small wedge or a screwdriver in at an angle, but as a mechanic I had access to lots of trial and error bits, and understand not every home garage has a variety like I do.

Just take care not to pull the knuckle out too far as you risk pulling the inner axle joint out of the cup (which is just a pain to try and fit back together) or even worse, tearing the boot and now needing an axle boot kit, and grease all over the place.

To get it to fit I ended up using a pretty aggressive chisel and filed down shaft a lot. About 10hrs of filing between the two. Than good use of a 5lb mini sledge and a block of wood. Gonna take some good effort in there. I’m going to end up use chisel and another block of wood and hammer on base of spring mount, maybe a little bit on the knuckle itself before I undue the 3 13mm nuts up top. I don’t want to disfirm the shock towers in any way though.
Reactions: doublespaces 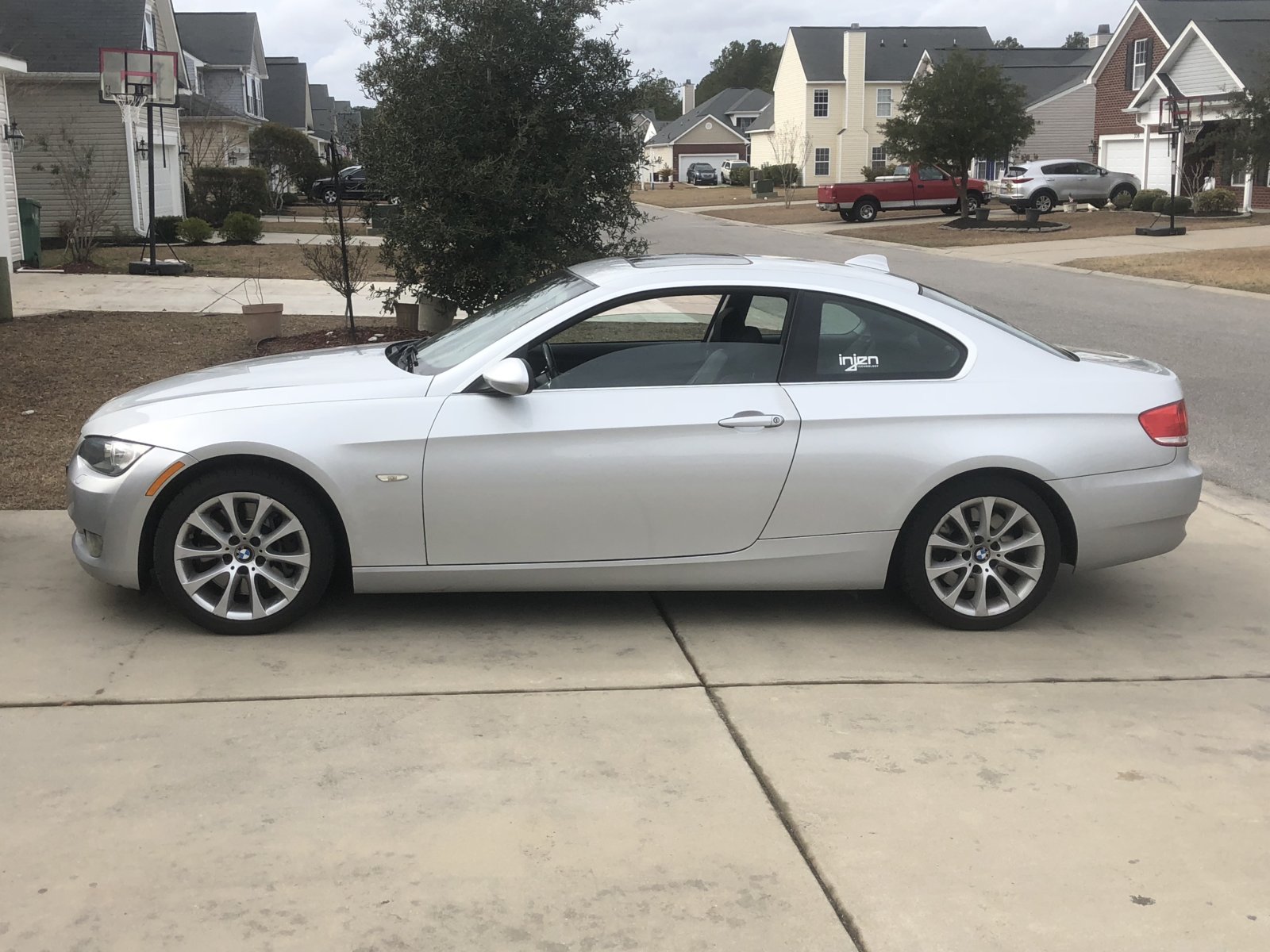 Well only 3hrs to replace the wrong struts. Came out of the knuckle with about 4 whacks with a hammer and slights nudging with a crowbar to get it off wheel well on right side. Back to stock stance again!! Rides like a dream. I’m about to go see how well these Stagg shocks/struts do though in a few. Got to say, all in all, for 185 with shipping, they are pretty damn nice. Will have to update after more miles
Reactions: Itsbrokeagain and doublespaces

Oh thank god, I was starting to feel for you pretty bad!

Lol. I looked like those trucks squatting!!! All good now. I appreciate the thought though. Hated walking out to my car which sucks, started looking at all the dealerships seeing if they had some bmw to look at. Next is brakes and hopefully an intercooler
Reactions: doublespaces
You must log in or register to reply here.