Ripped out the ugly worn interior interior and going to replace it with nice low km black
late LCI one with black roof lining and pillars.

Carpet needs to be steam cleaned and just a waiting game for parts to arrive from Germany so
I can put it back together. 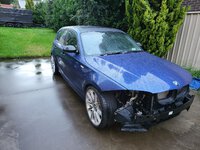 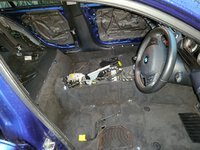 Nice work this will be an awesome car with all the bits it's been given.
I did a more "stock" swap like this couple years ago I guess now. Great fun, mines mostly sleeper. Makes for heaps of fun
Reactions: martymil and wheela

Axel showed up only to be the wrong one, they sent me the right one instead of the left

Waiting on a new one so I can take it for a spin.
Reactions: digitalashley

Worked out the roof wasn't wrapped but plastidip coated and it was a real bodgy job and didn't want to come off easily.

After many hrs of cleaning and a can of wd40 got it all off.

Axel arrived and installed, finally mobile still undecided on the IC, since I'm not aiming for big power as it will be totally undrivable
i was thinking of a wagner stage 3 or vrsf race, I could do my plazman Ic but it would be a bit of an overkill at 18psi.

Had a set of wheels of my 335i wrapped in new PS4S so giving it a go see how they hook up. 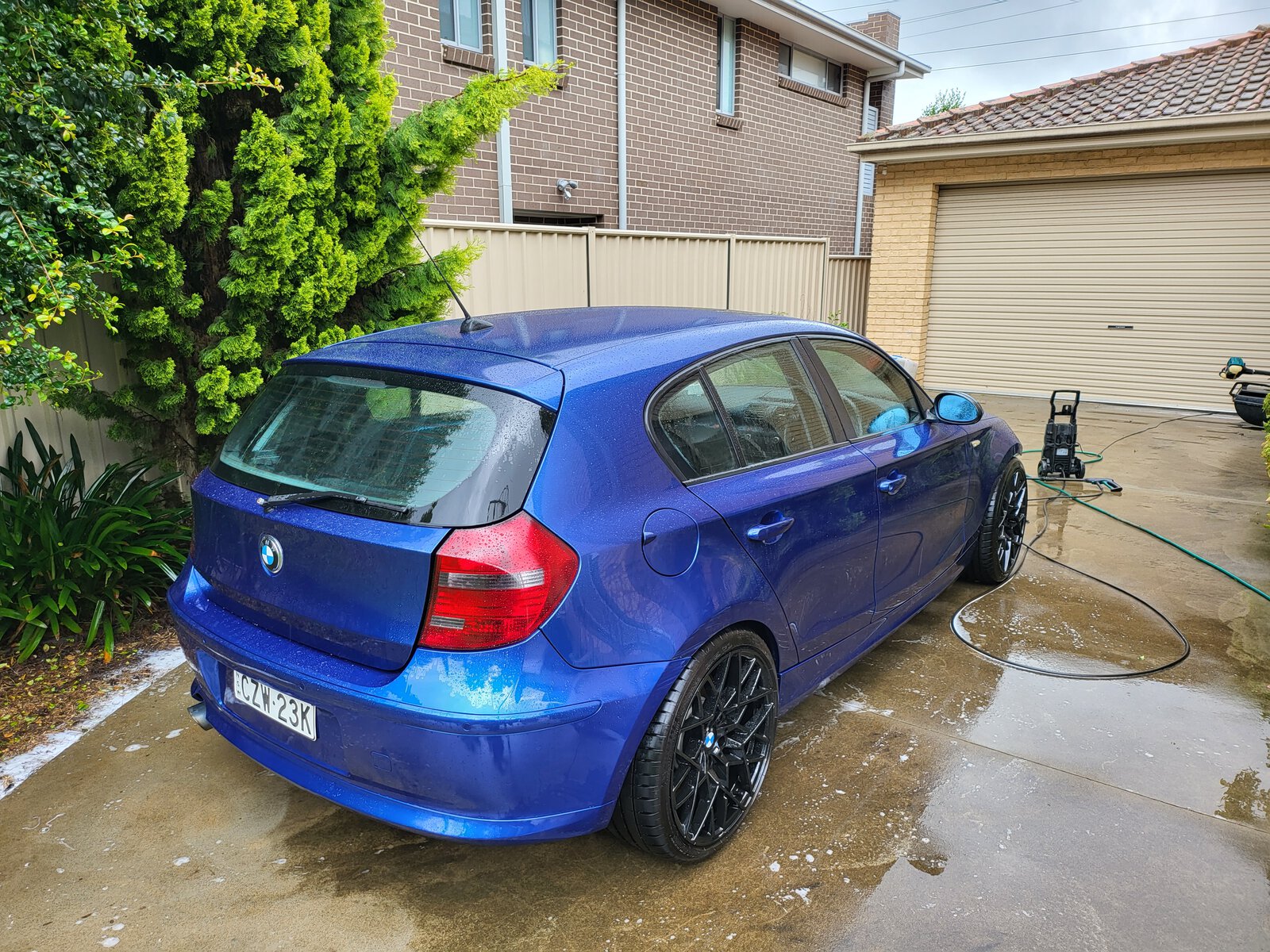 Pretty much done just some duct work to be done and modify the guard liners for the new coolers.

Fit some mesh to protect the coolers from road debris and fit the new IC and see how it preforms.

Booked in on the 23rd to get the exhaust modified and fit a huge 15" 2 in to 1 muffler before the axel and get a
custom axel back done to keep things quiet to fly under the radar.

I should have the interior by the weekend hopefully so I'm not wasting any time waiting for parts to show up.

Need some adjustable camber plates for the front from ground control but that can wait for now. 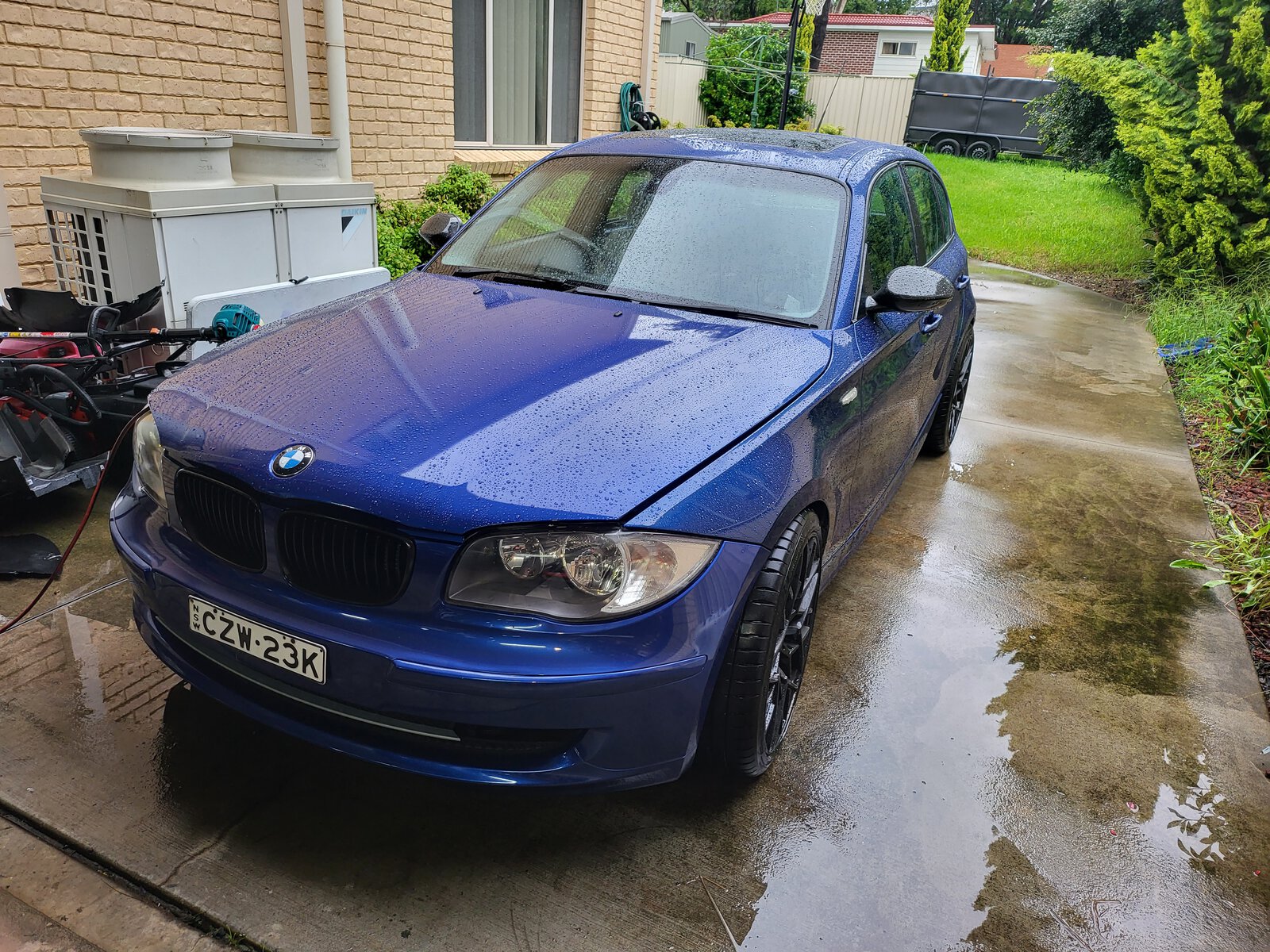 What colour is it? Montego Blue?

Thanks, its Monaco Blue.

The easiest would be to get a 135 bumper and use the ducts of that but I want the sleeper look.

Even going to get some really stock looking wheels for it
Last edited: Mar 8, 2022
Reactions: digitalashley

Done a wheel alignment by eye, not to shabby drives nice and straight but will need a proper one after everything is in.

Trimmed out the front radiator support for the temporary IC until I decide how far I'm going to take this car.

Took it for a drive and its absolutely bonkers, on 255 ps4s at 3k just steps out and wants to hump the nearest light pole. 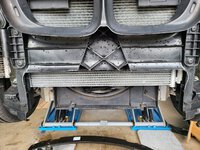 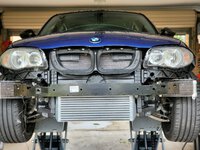 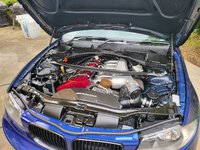 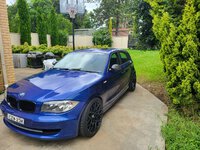 well worth it
Reactions: wheela

Its got the full m3 rear end with lsd, it's diabolical.

It spins up in third going down hill on 255 ps4s tyres.

Had the wheel alignment done, either have to run 135i control arms or keep the m3 arms and roll/pump the guards a little.

Michelins do seem quite square aye. My Toyo R88Rs fit better than my PS4 tires.
Forgot you said it had the m3 stuff. Duhh lol.
Is it upper me arms causing you issues? At the rear or front?

The lower front m3 control arms, giving me a little to much poke.

These new VTT F-RB+ gold wheel turbos are insane, they are still new but i'll get them up on the dyno and do a quick review very soon.

PFS pod is working flawlessly delivering all the fuel this engine will ever need without hesitation.

In this chassis this is going to be a killer combo.

I cant do a proper road log as it just breaks into wheel spin in every gear that wont end up with me being behind bars and loss of licence
for a few years, will need to take it to the track but who knows when that will happen as it hasn't stop raining here long enough and more is coming.
Reactions: wheela

Excited to see the results! Any guestmates on ballpark whp numbers?

To tell you I have no idea but this thing is way faster than my 1m with this motor but has the latest design turbos.

I'm keeping this setup reliable and will not be pushing them as its undrivable as it is and no point to it only breaking traction every time
it comes on boost, might actually turn them down.

@V8bait will have to work his magic, hopefully he hasn't retired yet from tuning.

These new latest design housing flow very nicely and you can tell as the IC is tiny compared to my previous one and its not
struggling keeping the heat under control by the looks of it.

Once I get it on the dyno things will pop up if there is any shortfalls in the setup.

This has me more excited than my v8 1m build atm, no wonder BMW never put this motor in the E87 hatch as it would decimate
all competition.

Just need to sort out the traction issues and see what she will run down the quarter.
Reactions: wheela

The e87 only had a half tank of fuel so more like 1550kg without driver.

I surly though it would be lighter, but I like the shorter body so much fun to drive and much cheaper if you damage something
as parts are abundant, just picked up a whole car for 500 bucks for spare body parts and interior.

If something ever happens I've got a spare body shell as back up or build another If i want and most likely scenario.

Had the car on the dyno, totally useless just would not hook up on run flats and break traction anything past 5500rpm so could not get proper readings, time to get frankie on a hub dyno in the near future.

Dont want to run better tyres on the dyno as the rollers shred them and semi slicks should not be run on them as you can destroy them.

The car had all the paper work done and is now fully legal here in oz, lots of hoops to jump through but now can be fully insured.

Had a couple of issues with the aircon, pinched an o-ring and compressor wouldn't turn but finally fixed.

Everything sorted so hopefully today I can refill it and everything will be working.

Got myself a brand new guard roller for 50 bucks and will roll and pump the guards a little myself, not paying 500 to 600 bucks
for someone else to do it and what they are asking.

wasn't born yesterday and know when someone is trying to rip me off.

Everyone is trying to use the excuse covid this and covid that to hike up their prices, they are full of shit and won't last long as people arent stupid.

I'll have a few more pic's this weekend as I'm taking the car for a trip and will be putting it through its paces to see how she holds up.

Need another gearbox as I sold my new one and got one with a shot 2nd gear syncro in exchange.

I wasnt sure if I was ever going to build another car again and was trying to sell this engine but glad I didn't as its an animal.

Just waiting on the drags to open up again because with all this rain they where shut for the last few months.

This car feels way more powerful than when the engine was in the 1m so hopefully a 10s 1/4 might be on the cards.
Reactions: wheela

Well more rain due this week, feels like I'm living in the UK with all this rain.

Well the car is aesthetically done, rolled the guards and no more rubbing with the e90 wheels.

Got a set of 261's fitted with some semi slicks when I finally make it to the track and see what times I can lay down.

Possibly a few passes at roll racing at the next event.

Changed the tail lights to some nice stock LCI ones as the previous owner had tinted ones, not a fan.

Cleaned and protected coating under the tail lights so rust forms in the future, it was mighty dirty.

Installed CiC info-tainment and finished the interior, get so

Changed the door plastics to some new ones as mine where cracked.

Have to get some 135i front 1/4 guard liners with PPK grill for the left one and the car is finished.

Mechanically the car is done with nice freezing air con, looking for some manual heated seats, might be easier
to spot a unicorn but in no rush. 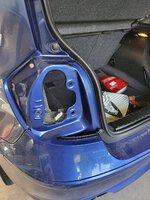 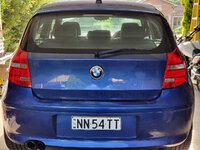 So rolling the guards - is that flaring the fenders out more by the wheels? Do you have any before/after pics?
You must log in or register to reply here.