You are using an out of date browser. It may not display this or other websites correctly.
You should upgrade or use an alternative browser.
M

Backstory: I purchased a 2002 E46 M3 in January, 2012 with the intent of making it a Street/Track car. Fast forward two years later, and it was just a track car. I had a full cage done, complete front and rear aero, the suspension was completely upgraded, and the S54 was delivering as much power as a N/A S54 can (without spending thousands on it). I was able to get the weight down to about 2,600lbs (without driver) and it was putting down well over 300whp. It was a lot of fun and performed great, but at the end of the 2014 Season after three years of abuse the SMG started giving me problems. The car would sit for the next 3 years. 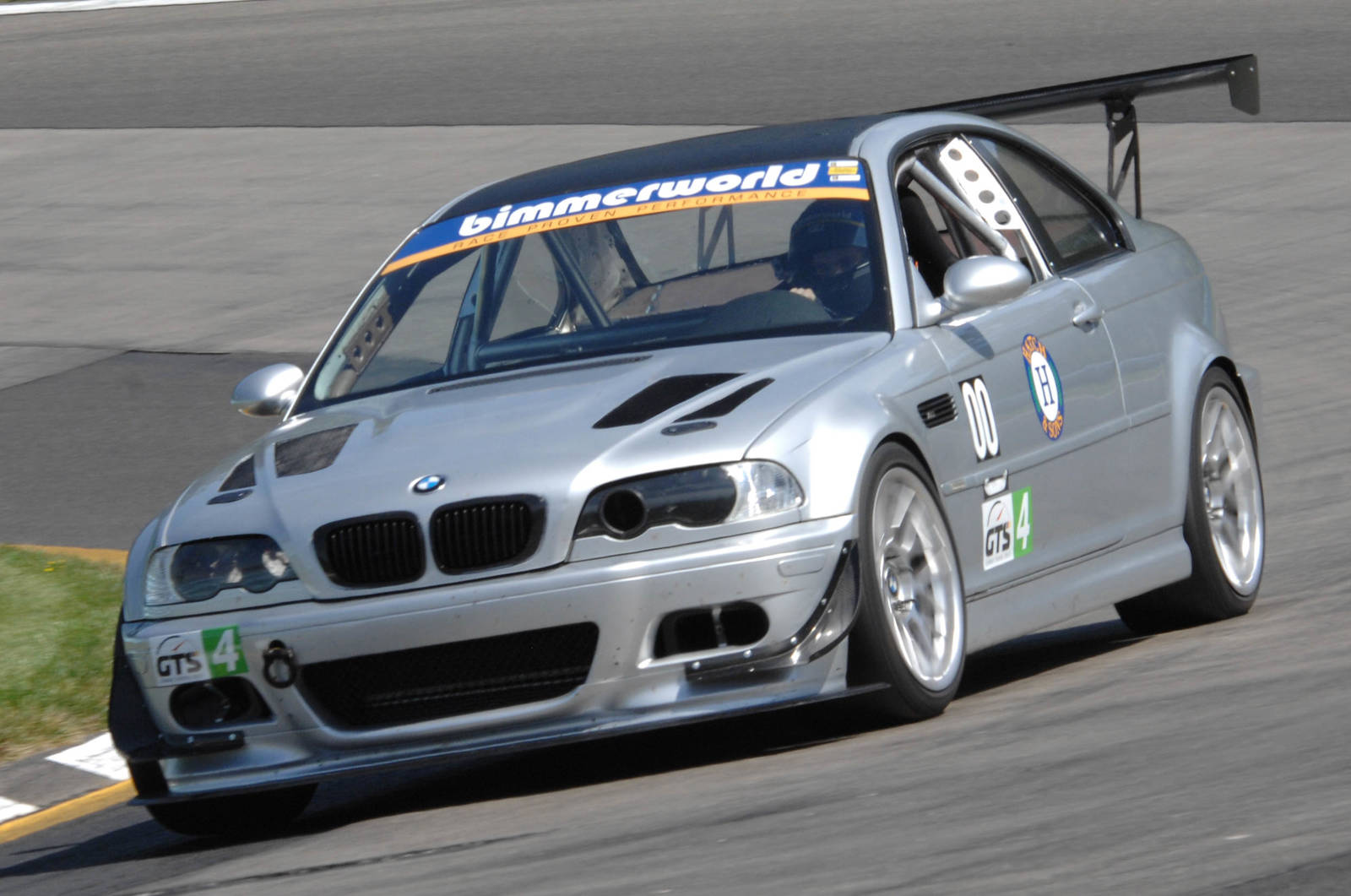 F80 M3: I bought a 2015 F80 M3 at the tail end of 2014. Originally, I wasn't planning to use it as a "replacement" for the M3, but between the SMG issues on the E46 and a lack of time/motivation to fix it, I quickly began prepping the F80 for track use. I was very surprised to find that the F80 was an extremely competent track vehicle. With just a Tune, Downpipes, Pads, Brake Fluid, and some other minor upgrades, I was able to run within 2 seconds of my fastest lap in the M3 at Watkins Glen. 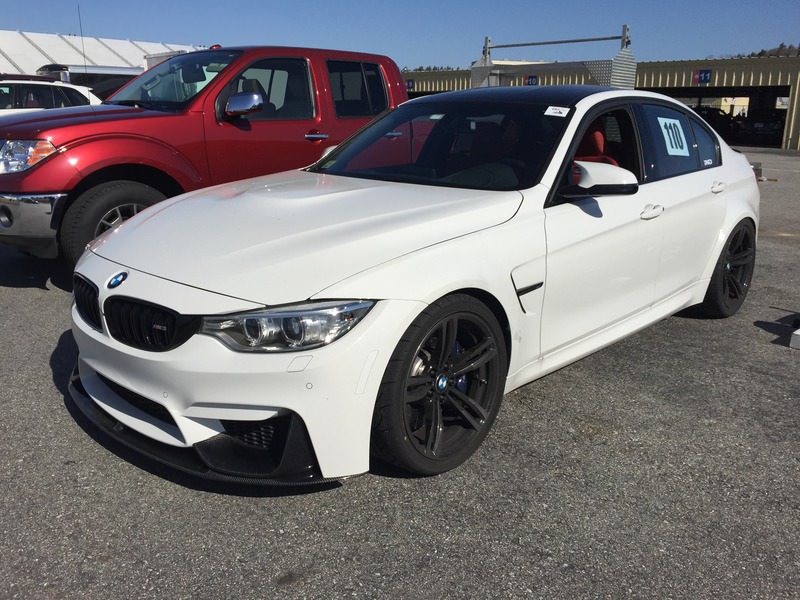 2018: Earlier this year, I began putting the puzzle pieces in place to make this a reality.

The M3 is currently at my body shop having a number of upgrades done. More on that later.

The 335is donor vehicle has been stripped down and the new wiring harness is in the process of being built, among other things.

A number of performance parts have been either installed or are on order from various vendors. More to come on that later as well.

I have swapped S54's into E46 Sedans, E36's, and even a Datsun. I've rebuilt and replaced several S54's, so I have a lot of experience with the platform, BMW's wiring, etc. Everything has been pre-planned out so this should be fairly straight-forward, albeit slow moving. I will keep the thread updated as things progress.

Here's some photos of the 335is in its current state: 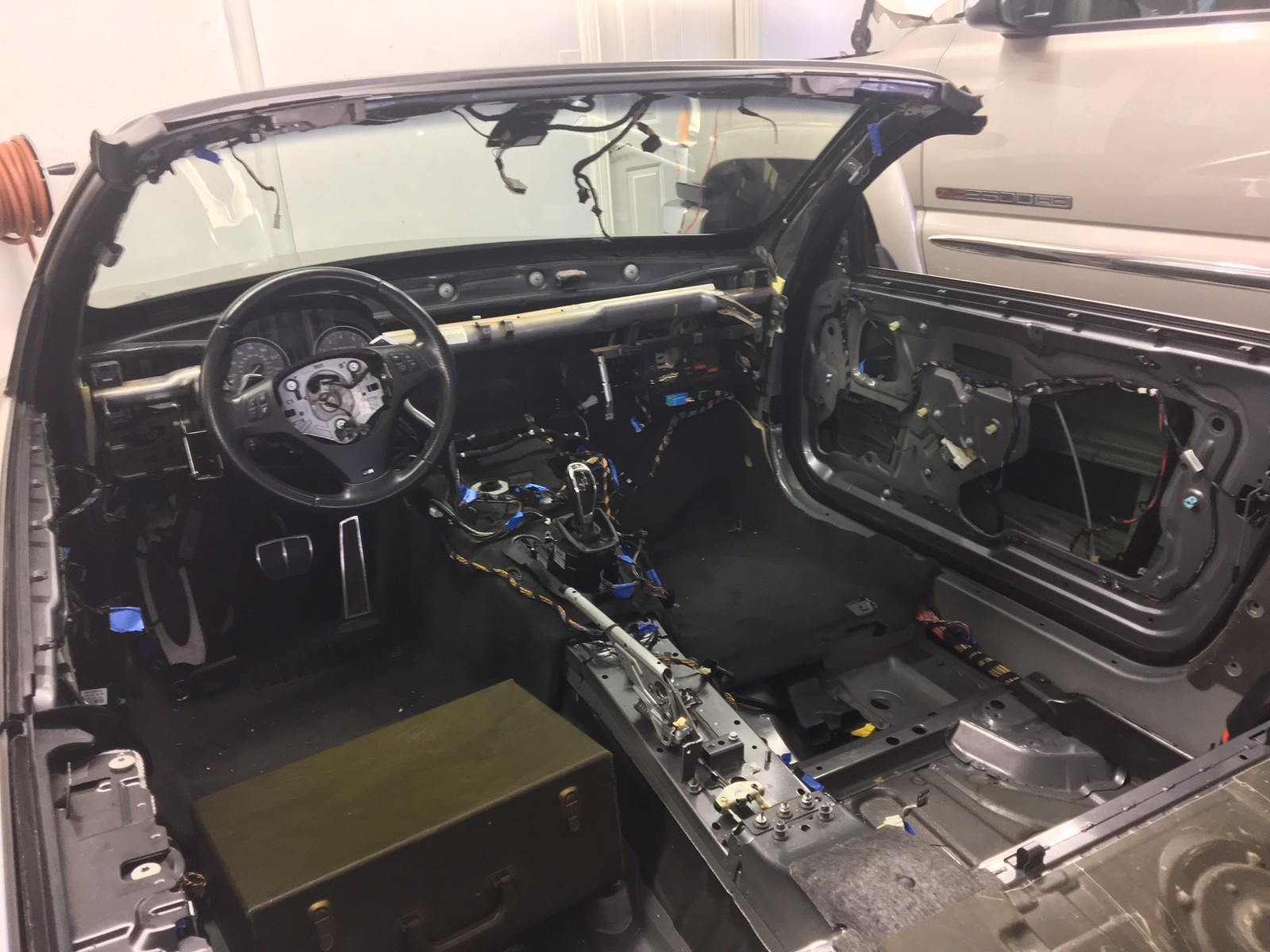 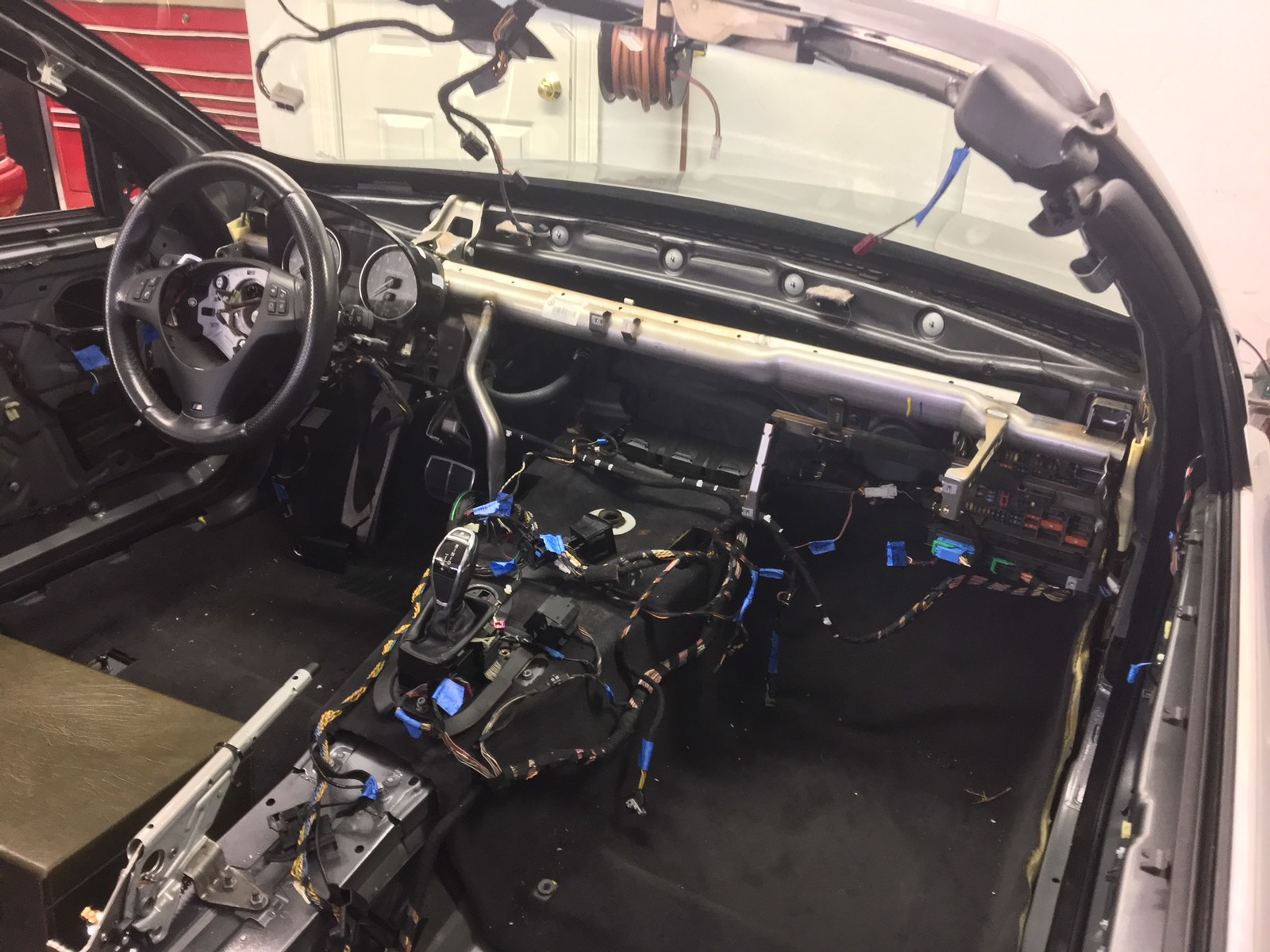 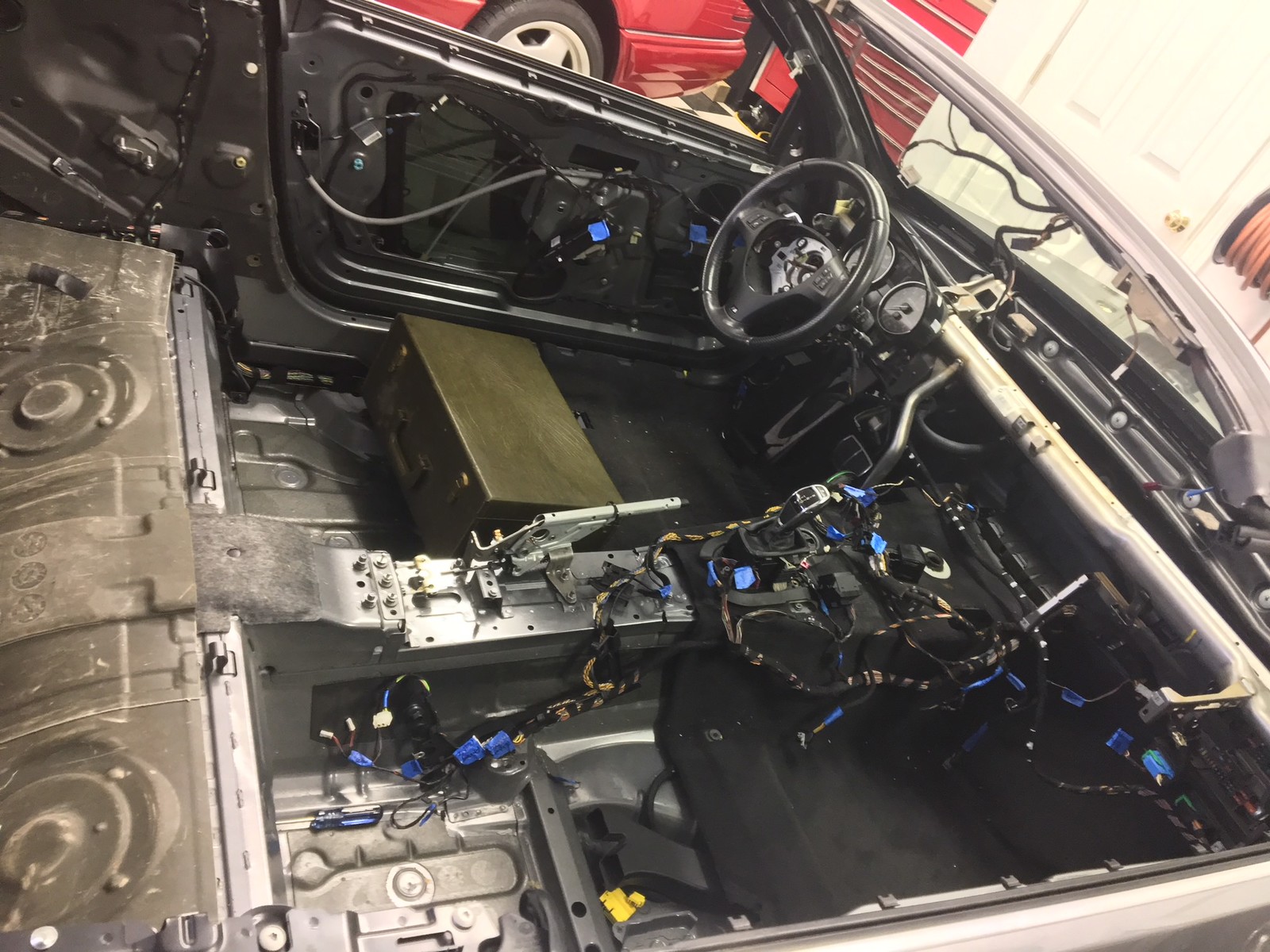 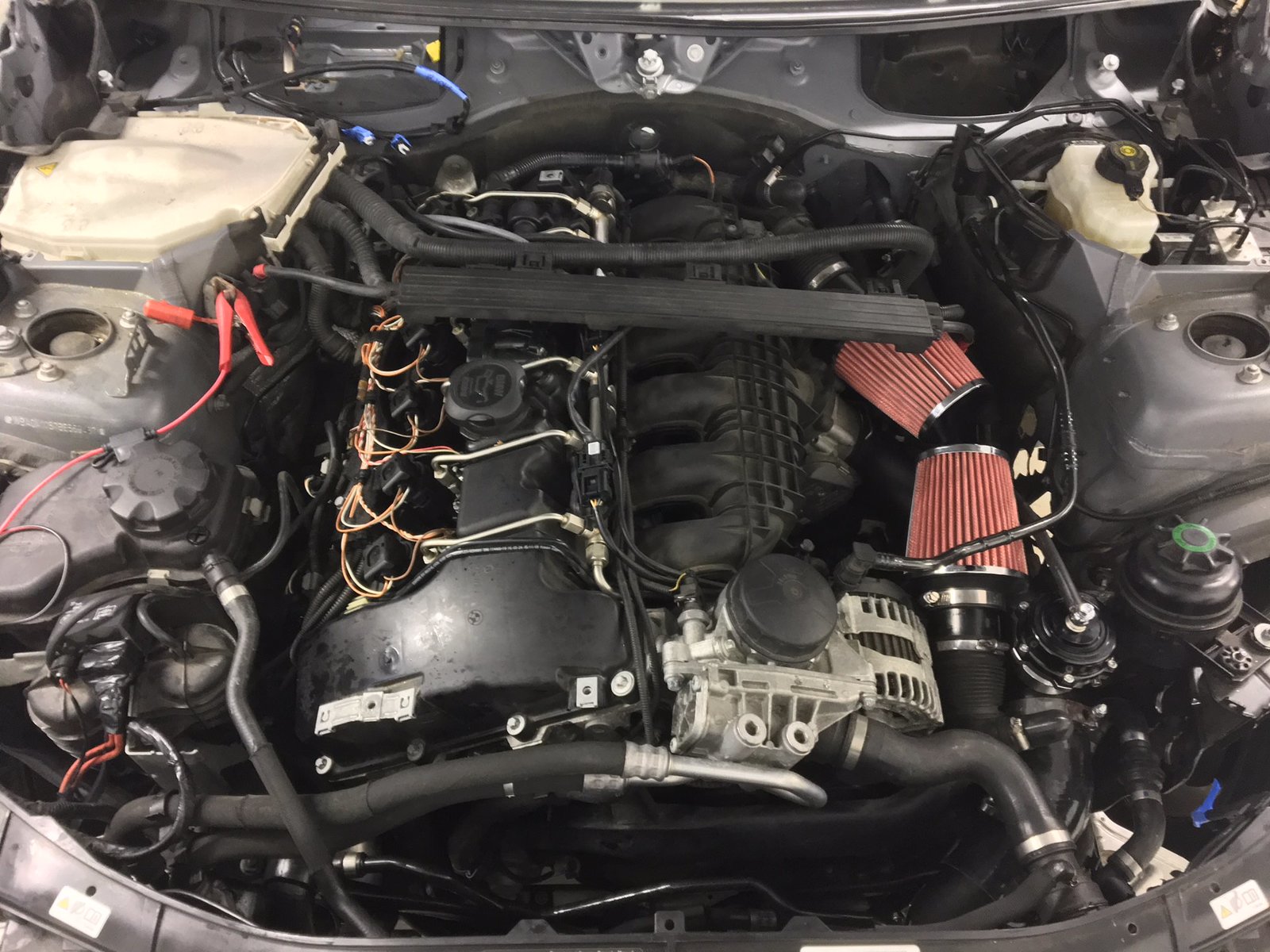 Here is the E46 M3 Build prior to beginning this swap (Minus S54 related modifications of course!):

For this build, I am looking to attain a consistent, reliable 550-600whp.

To accomplish this, I have ordered the following:


I want to say thank you to Tony @ Vargas for being responsive, timely, and very helpful. I decided the GC Lite's were the best option for my build for several reasons. They have very quick spool, can easily deliver the power-band I am looking for, have been highly reviewed, and will be reliable under the stress I will put them through.

I have installed the Charge Pipe, DCI, BOV, and Downpipes. 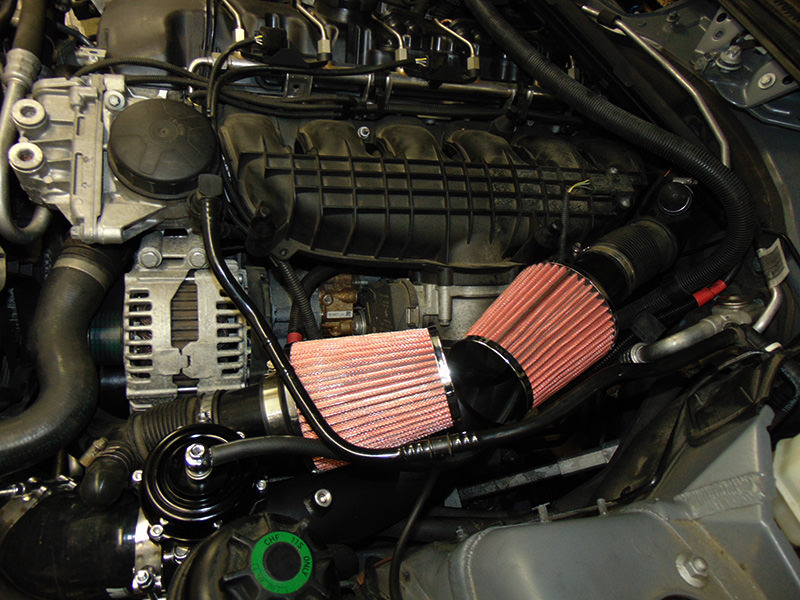 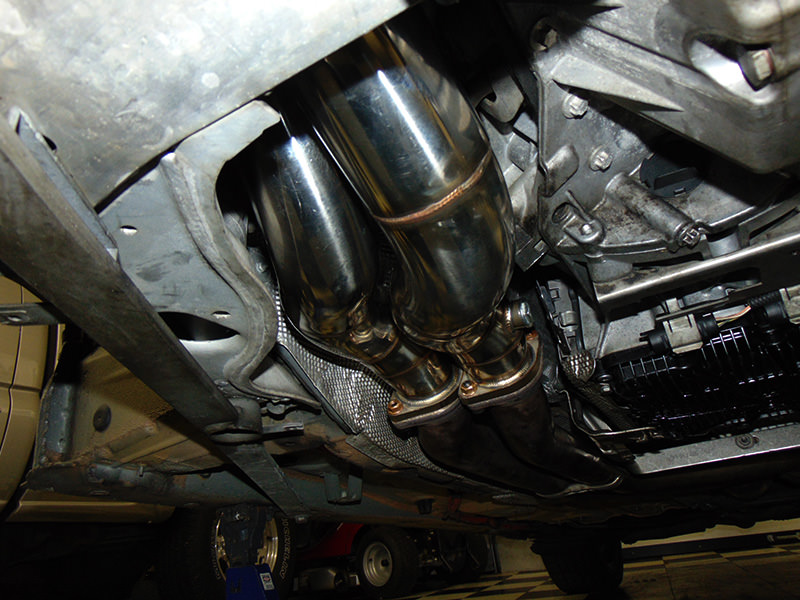 Keep in mind I am still in the fabrication process, so a lot of what you see right now will be changing in terms of mounting and setup.

Finally, I purchased a set of Moton Motorsport 3-Way Remote Reservoir Shocks to compliment the already fantastic suspension setup in the E46.

Best of all, this is just the start!
Reactions: Itsbrokeagain and [email protected]

Awesome project. I cant wait to see it get completed. Do you have any concerns about keeping the N54 cool under heavy track use? Do you plan for any cooling upgrades or modifications?
M

MRC-5.56 said:
Awesome project. I cant wait to see it get completed. Do you have any concerns about keeping the N54 cool under heavy track use? Do you plan for any cooling upgrades or modifications?
Click to expand...

Yes, and already being taken care of. The car will have two Radiators, two Oil Coolers, a Race Intercooler, and a fan-cooled radiator for both the Differential and the Transmission. Additionally, some fancy ducting will be done to extract air in an efficient manner.
Reactions: MRC-5.56

As a guy that has a daily E46 Sedan that I'd love to swap an N54 and DCT into, consider me subscribed. Good thing I've got a spare N54 in my garage

Need to give this thread a good look over this evening. Props dude.

This is the second N54 swapped E46 to run GC Lites. The other is in Europe and made the cover of Performance BMW Magazine. Pretty cool seeing two of these running VTT Turbos! Excited to see this car dominating on the track! 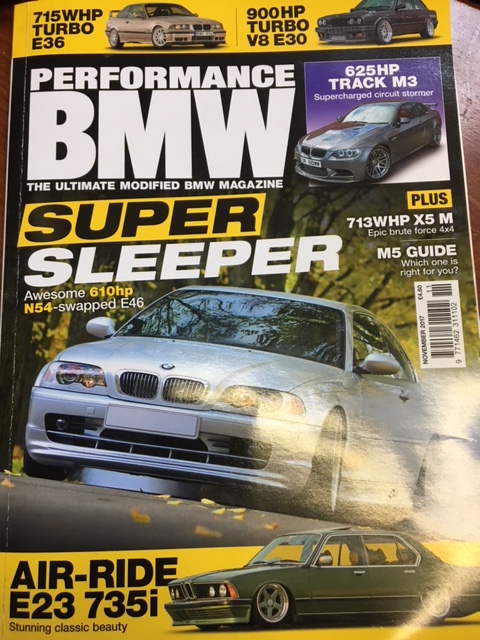 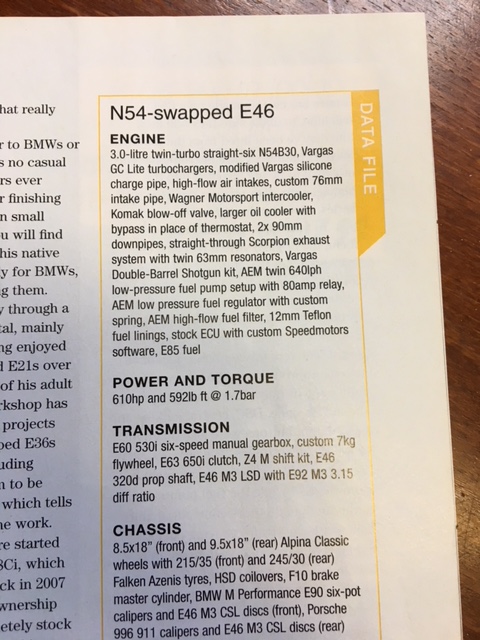 God bless!! Might want to get upgraded coils also but I’m sure you have already thought of that. Anyways I can’t wait to see the results!
M

Arhoads335i said:
God bless!! Might want to get upgraded coils also but I’m sure you have already thought of that. Anyways I can’t wait to see the results!
Click to expand...

For the moment will be sticking with Delphi GN10571 Coils and NGK 95770 Spark Plugs. If they give me trouble, I will upgrade
Reactions: Arhoads335i
V

For 550-600 whp you'll probably be running mid 20s psi boost assuming the head is stock. In terms of strength the Delphi are no stronger than eldors or bosch oem coils so the plugs will have to be gapped down to 0.018 or less.

upgraded ignition isn't 100% necessary but a very good idea at this point since you're going to be beating on the car at the track.
Reactions: fmorelli

I'm almost surprised you have this much experience with the N54, and are actually considering stock coils. Are misfires at the track fun?

Agree. I cannot think of a reason why one would want to pretzel the ground electrode, not to mention run such a small gap.

Looking forward to seeing you putting this together. I've actually forwarded a URL of this thread to a few other folks.

The feedback I had received from some experienced folks indicated that the upgraded Ignition was not a priority at this point in the build. Fortunately, it is very easy to add on after the fact. Let me be clear: I am not saying I won't do it, I'm just not at the point of doing it right now.

Good luck with upgraded twins on track. I hope they work out but it would be prudent to budget in a ST conversion at some point in the near future.
Reactions: bennythebimmer
M

sirdaft1 said:
Good luck with upgraded twins on track. I hope they work out but it would be prudent to budget in a ST conversion at some point in the near future.
Click to expand...

Concerns with longevity? I know you went ST for your build right?

You need to find more experienced experienced folks, or just smarter ones. The stock ignition can't even handle stock twins at stock power without misfiring down every straight.
Reactions: bennythebimmer
M

Aaron said:
You need to find more experienced experienced folks, or just smarter ones. The stock ignition can't even handle stock twins at stock power without misfiring down every straight.
Click to expand...

Fair enough, they'll be done at some point before the car sees the track don't worry!
You must log in or register to reply here.