So has anyone seen this bumper by Essential Motorsports?

They have a group buy going on, I went ahead and put in for mine. Just wanted to spread the word if anyone hasn't seen it. I think it'll look pretty menacing for my build. For anyone that wants in on this, it's unique. I thought about getting the 1M e90 bumper until I saw this.

Good luck. I would never put my money on something unproven where the company was so proud of their product they advertise it unpainted, on a car without a proper fitment, with beat to shit grills, and missing pieces.

Baha! Was going to make a smart ass remark about ill adjusted hood and middle aged car wash employ in facebook pic but zak beat me to it.
Should be in the exterior sub forum but def. not my cup of Tazo. M2 has more prominent body lines on the doors and it still looks like shit on the M2. I'm sure some will like it. Eye of the beholder and all that jazz.

Doesn't look that bad from the front, but I wonder how it looks from the side. Seems like it hangs low and nothing looks worse to me than a front bumper hanging lower than the side skirts.
Reactions: terryd5150

Beats my worn M-sport bumper. Ill take this over other LCI offerings. This is even made of good material and will last. The 1M-Sport was 1400 or so, nah this looks unique and no one else will have it. Ill probly pick up a rear bumper with it. Doesn't look oversized to me.
Last edited: Sep 21, 2017
T

Moldysack said:
Beats my worn M-sport bumper. Ill take this over other LCI offerings. This is even made of good material and will last. The M-Sport was 1400 or so, nah this looks unique and no one else will have it. Ill probly pick up a rear bumper with it. Doesn't look oversized to me.
Click to expand...

I might be a taker on your current M-sport bumper, assuming its Alpine White. 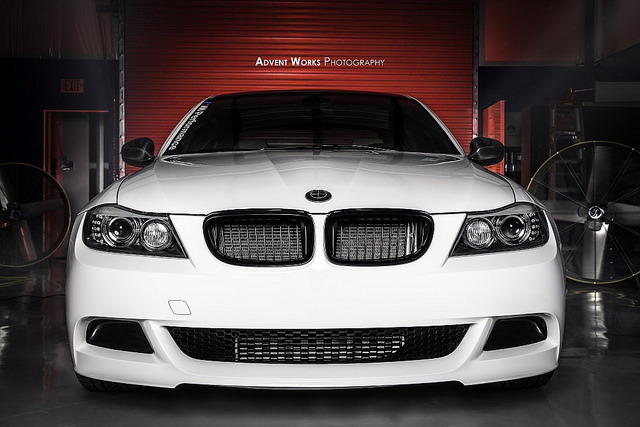 dyezak said:
Good luck. I would never put my money on something unproven where the company was so proud of their product they advertise it unpainted, on a car without a proper fitment, with beat to shit grills, and missing pieces.
Click to expand...

This. The need to use tits to sell it does not bode well...I mean painting a bumper costs $300 bucks. It just raises warning flags all around. Sometimes it's best not to be 1st even if you save a few $$$.

The front bumper seems to cover more of the inside of the headlight than other bumpers...or maybe it is just the angle.

Good thing they threw the pic in there of someone's mom cleaning their rims. Totally sells the bumper
Reactions: The Convert, R.G. and terryd5150

They are a vendor here @Essential MotorSports

I don't think it looks that bad, maybe a little too much hood gap near the kidney grills, but you might be able to suck that up.

The Convert said:
Doesn't look that bad from the front, but I wonder how it looks from the side. Seems like it hangs low and nothing looks worse to me than a front bumper hanging lower than the side skirts.
Click to expand...

You mean like the amuse front bumper? That is the main reason I didn't go that route, too low IMO.

[email protected] said:
Good thing they threw the pic in there of someone's mom cleaning their rims. Totally sells the bumper
Click to expand...

Hey Moldeysack,
Nice to see you like our product. I see there is some concern about why we are marketing an unpainted bumper. There are multiple reasons for that. Ill gladly go over some of the finer details as well as touch on some timeline concerns I've received PM's on.

This bumper is being used to create the mold for the e92 pre-Lci. We are also currently developing bumpers for e92 LCI, e90 pre & LCI as well as e82...

Dyezak,
I will tell you why our company is so proud to advertise our bumper raw and unpainted. The only other m2 bumper option is in fiberglass. I've been told that those fiberglass m2 bumpers are going for over $3,000... we choose to innitially advertise in raw form to show that OUR M2 Polyurethane Style bumper is NOT that fiberglass bumper. There was a lot of skepticism about if our company would be actually CREATING our own bumper or if we would be gaining access to another vendors bumper and modding to fit a different car and selling it as our own. We are bringing the community a Polyurethane m2 style bumper for less than half of the only current option in fiberglass.

Secondly and most important...

If I try to paint a bumper and take and drop it off at our factory to become a mold, they will reject it. They can not make a mold from a painted bumper.
Painting the bumper will cost $350 +/- Money that we do not have to waste.
Assuming that I have painted the bumper and decided to have it sanded prior to becoming the mold, the bumper could have lower pockets or damage due to sanding marks that will need more work to fix. Which would mean that ALL the bumpers that come out the mold would maintain the same damages or low points due to sanding.

My only option at this point might be a wrap or a spray wrap. Both options are being considered currently as alternative options. We need a safe non destructive way to move forward to help put a painted version into prospective.

M2 ducts and grills across America are currently on back order. I couldn't show install pics even if I wanted to. The grills and ducts have been ordered and paid for already. Just waiting for a call from the dealership to come pick up. These are not expensive. Just a waiting game.

As far as time to completion with the group buy, Just like any group buy being hosted for an intricate item, there is a delay due to collecting money needed and manufacturing. There are a lot of hoops to jump through and things that need to be done. I update everyone involved as progress is made.

As far as the non believers due to my poor iphone photos and lack of a DSLR... what more can I say. I'm not bending anyone's arm back to purchase the bumper, I'm marketing with what I currently have access to. I'm not going to use money that will get me to the next phase to creating the bumper and getting to the mold quicker to further marketing, I will get to coloring the bumper and better photos as soon as I can. Not many will understand WHY the bumper can not be painted because only 1% or less of American actually understand manufacturing process and injection mold. People may want to see something painted but unfortunately there isn't enough money to allocate towards that and risk the damage. As mentioned, other options are being considered, it just needs to make sense money wise. I'll have something in the works as far as that hopefully within the next month.

Again, I apologize for advertising the bumper on a car with beat to $#!% grills with a poor fitting hood, missing pieces and middle aged car wash employees. I've already dumped over $11k of my personal savings on creating these for the community. I'm allocating funds where they belong and not worried about beefing up my own POS car just to show off an item that is made out of great quality materials with perfect fitment. I would think that would be the most important factor... not my grill or ill fitting hood. Also, the hood was damaged by a ladder in the garage before the group but even started. I've been collecting thousands of dollars from other people from the group buy and still have the same aweful grill and damaged hood. My cost on a new carbon m3 hood is under $375... I wonder if that says anything about the priorities of our company and determination to bring everyone something they could be proud of rather than spending a thousand bucks and finishing the car to be able to daily a nice car and tell myself I'm doing it to market our bumper. Self sacrifice. It will be greater, later.


Thank you all for your time.
Last edited: Sep 22, 2017
Reactions: The Convert, doublespaces and terryd5150 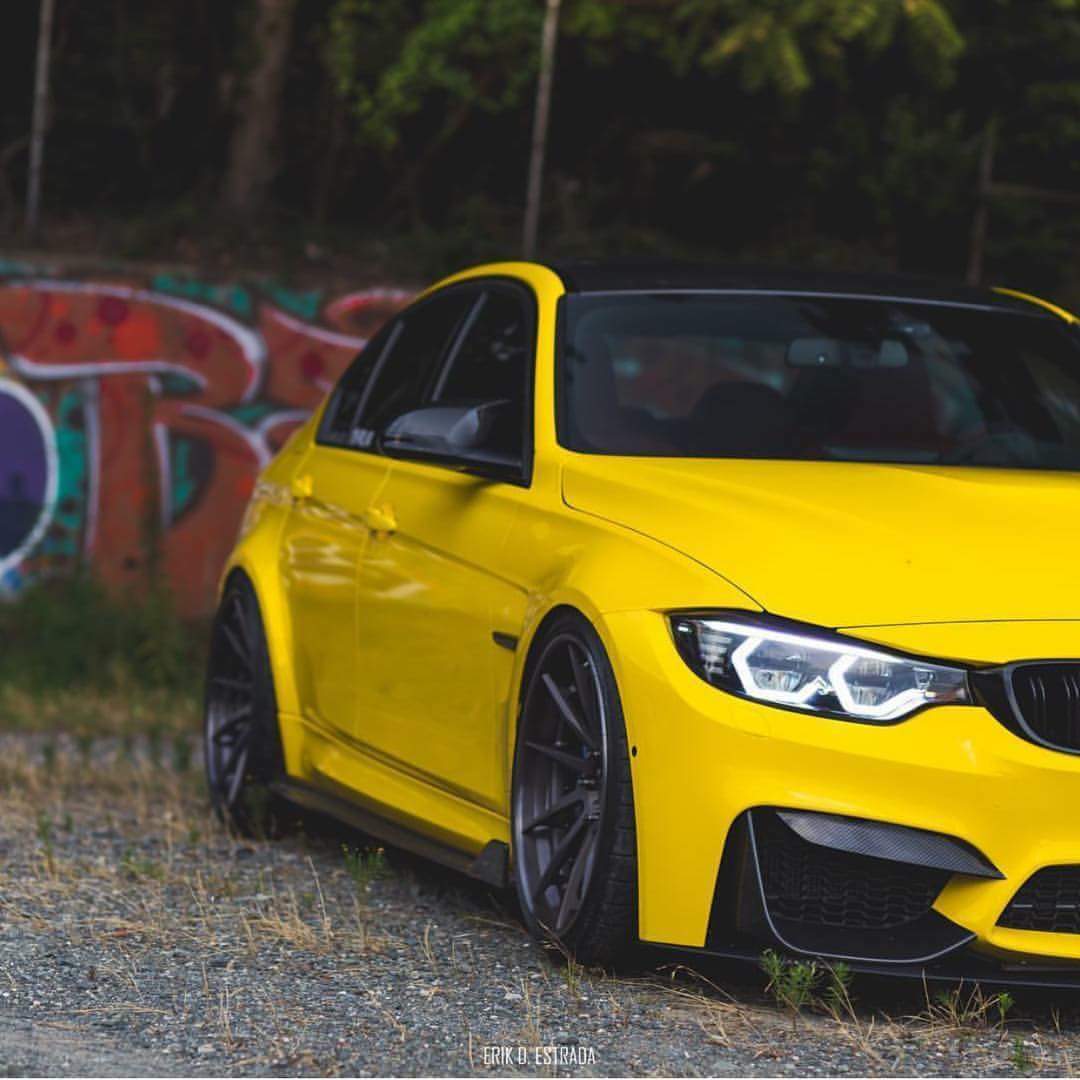 doublespaces said:
You mean like the amuse front bumper? That is the main reason I didn't go that route, too low IMO.
Click to expand...

Exactly like the amuse! I was considering it until I saw a side shot of it.
Reactions: doublespaces
Show hidden low quality content
You must log in or register to reply here.