VIP Get the 'Founder' Forum Title - Become a VIP member before the New Year!

Recently I brought on @fmorelli as a Moderator to help me keep tabs on things and he made the great suggestion to offer a custom title to the members who upgrade their accounts to VIP before the end of the year. The title would appear next to your name as a special tag that very few will ultimately have. This is being done to recognize those who have shown their support and helped get this forum off to the fantastic start it has had during these first two years!

This will be a permanent title and for obvious reasons it will never be issued again. There are many benefits of the VIP membership:

To qualify you must upgrade to the VIP membership before the end of December 31st 2018, Pacific Standard Time. Once that date has passed, we will issue a "Founder" title which will appear in place of the current ranking system(which is also going to be overhauled) and it will look something like this:

So if you haven't already, sign up with the forum using the Register link at the top of the page and upgrade your account by clicking your username to open the user panel and click "Account Upgrades". 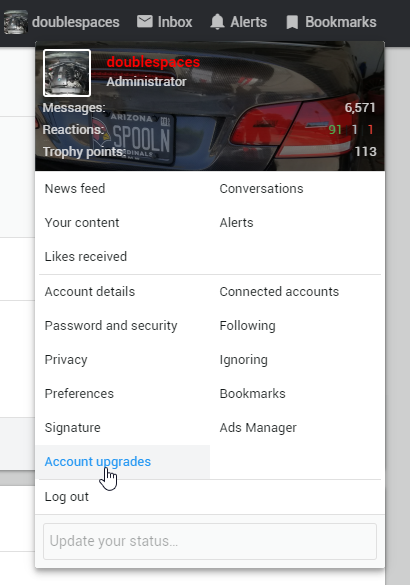 Reactions: Jeffman, RSL, Panzerfaust and 5 others

Going to be a lot of founders around here come January 1st.

Torgus said:
Going to be a lot of founders around here come January 1st.
Click to expand...

This was actually designed to promote the VIP member program and you've convinced me to change the format back. Please read the OP again, as it has been updated.

Cheers to those who have already found the VIP account upgrade option and shown their support!

Any plans for a lifetime membership rather than monthly?
Reactions: DamnDatsun

langsbr said:
Any plans for a lifetime membership rather than monthly?
Click to expand...

Now that's a man with commitment!

langsbr said:
Any plans for a lifetime membership rather than monthly?
Click to expand...

Haven't thought about it. Just put this out there for those who like the concept of a community driven forum. Prevents a situation where the site is reliant on any single set of vendors or advertising revenue source.
Reactions: Panzerfaust and langsbr

Or even a yearly plan that is discounted vs monthly.

langsbr said:
Or even a yearly plan that is discounted vs monthly.
Click to expand...

THANK YOU for the support! By the way, there is a Private forum area for VIP members here:
https://bmw.spoolstreet.com/forums/vip-private-forum.83/

doublespaces said:
Haven't thought about it. Just put this out there for those who like the concept of a community driven forum. Prevents a situation where the site is reliant on any single set of vendors or advertising revenue source.
Click to expand...

I cannot emphasize the importance of this statement. A big thumbs up!

I’m in!
Reactions: doublespaces and fmorelli

Yes thank you! There have been a few of you signup in the meantime. Enjoy those VIP badges to start!

Don't forget to go to the VIP forum and check out the VIP Reactions thread and make some suggestions:

This is not a good idea as some will not be able to afford this and you will disadvantage them by not allowing them access to content only visible to vip members especially apprentices and such.

Some contribute through writing reviews and sharing technical knowledge while other just sit there and make no contributions at all and benefit from this, should these people pay ?

I think you will get people that see this as a slap in the face for their contributions and have to pay to access vip areas of a forum that they helped make great.

There is other ways to make money and thats through a donation system if the website is hard up for cash.

Something to think about.

martymil said:
This is not a good idea as some will not be able to afford this and you will disadvantage them by not allowing them access to content only visible to vip members especially apprentices and such.

Some contribute through writing reviews and sharing technical knowledge while other just sit there and make no contributions at all and benefit from this, should these people pay ?

I think you will get people that see this as a slap in the face for their contributions and have to pay to access vip areas of a forum that they helped make great.

There is other ways to make money and thats through a donation system if the website is hard up for cash.

The private area is not meant to hide content. It's a discussion area or lounge. Many big forums have this model and your concern just simply isn't something you need to worry about. It isn't even necessary to have a Private Area, its just a small benefit to VIP members and currently it revolves around the VIP membership itself so it doesn't even apply to anyone else.

Also its a bit surprising(off-putting perhaps? Not appreciative? Condescending? ) that you think a site needs to be hard up for cash to justify wanting to want to pay its bills or generate revenue.

Think of the area as an off topic area to talk about VIP things. Not a paywall for content.

Also, if you truly believe the content in a private section would be valuable to the point it actually mistreats the other members, yet simultaneously believe the price is too high, which is a contradiction in the presence of $9 IMO, tell me what amount you think is justifiable. It's not hard to adjust pricing if the audience dictates a lower price point.

They way I see it, if you think the price is too high, that just means I'm not providing enough value(I'm working on it). I've spent nearly a grand in the last week or so developing VIP and other features, who is going to pay for that if not the VIP members themselves? Are you suggesting you will head up a donation campaign to fund new site features and functions through donations so the public can access it?

Personally, I'd rather not hound folks for donations and get accused of being hard up for cash by people who don't think the experience and type of environment provided here is worth $9 or $5 or whatever it ends up being, thanks anyway. I don't believe in begging and hoping, I'd rather earn it because I have a lot of ideas to do exactly that. A donation system is good, but it never pays the bills without an aggressive begfest and I'd rather spend that time and effort developing something extra that is worth paying for. Any contributions made by members here are always appreciated, but the best content is useless without a strong infrastructure. Websites don't flourish off of your approval alone, it takes money. We need things like paid staff as the site grows, content writers, exclusive news sources, continual site development, a paid developer just to keep up with mobile app development and new hardware compatibility, etc. If you just want a boring ass place to post tutorials that everyone can access for free, there are already other places to do that and have been for a decade. I want to do more here.

Side note: One of the largest contributors to this site, @dyezak has not only recommended this model to me but understands how it works for he is a member of other forums which do so(as am I). You're stating it's a bad idea as if you are familiar already with how it will play out but it's pretty clear you are making that decision based on a worst case scenario so please don't worry.

Your opinion is noted and I'm glad you've given it, however I can assure you that hiding valuable content isn't the purpose of having private areas. There are already multiple private sections in this site for various projects that most people including you don't see. When those projects are ready they get announced and moved into public view.

I know you've been a great member here, truly I do but it would be better if you proposed methods to make this a better plan than shoot it down entirely without really understanding how it works first.

I want to bring you guys things like leaked photos of upcoming cars and sponsor events that benefit this community, but those things are expensive and I can't do that because you wrote a couple guides, as much as that is appreciated.

If you think a Premium membership with a Private forum is bad, you might want to page from the top forums on the internet like Digital Point for example:
https://www.digitalpoint.com/help/premium

Also if there is any doubt what I'm doing here or the direction my gut is taking us is bad, this should all but quash that notion: 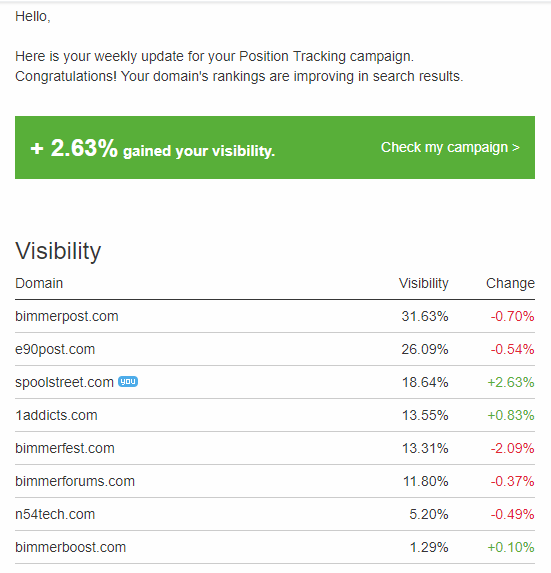 I operate things on a few basic principles and keeping a balance on where the true power comes from(aka money) is key to having growth success on the political front.

@martymil, having done this before (started and run online communities) and done it for a long time, I would share that I've also provided similar feedback to @doublespaces. Follow the money. It is a good thing for members to pay (not donate - this is not a charity for unwed mothers and orphans), and for the focus to be community first and have the money be that way too. Having run communities I can tell you it is a shit-ton of work. Paying server fees is a small issue in the grand scheme of things. Just as an aside, most of the PMs I have from Tyler seem to be written between midnight and 4 a.m.

I don't see this approach as shorting forum members - in fact I see it the other way, their choosing to support with membership $$$ means their dollars influence what matters. This balances out the vendor dollars for one, influence-wise, but it also drives a more fiscally community-centric environment. I think Tyler is wired that way, but there's nothing better than having the dollars line up with the character.

I hope everyone contributes content-wise; some do more than others and that's just how things are. I do very much appreciate what you post (and please more pictures of your engine compartment as I stay inspired to keep mine almost as nice lol) ... and I also very much appreciate your concern for this community. Let's hope a core of people here continue with that attitude and help makes this a desirable place to hang our hats.

I didnt say the price is too high at all, all I said some members wont be able to afford it at keeping them out of discussions in so called private areas is unfair,

Its your website you can do what you like, I'm just giving you an alternate view of what people think on the idea of the vip room.

Its your members and vendors that made this website popular, I've seen this on other websites and not automotive ones in the past and they fizzled out over time.
Show hidden low quality content
You must log in or register to reply here.