My comment is also meant as friendly humor, I do like the creativity if that solution. I took a hacksaw to the throttlebody bracket on my old 3g eclipse so I could fit on an EVO 8 fuel rail and FPR I even spray painted it with black thermal paint so it would look pretty.
R

wheela said:
Haha! I never had one, but heard those dodge daytona guys back in the day would just tighten up the wastegate and let 'er rip! And hope she didn't blow up!
Click to expand...

Hehe yea well it was the early days in the 90s... Usually it was a bleed valve that just didn't tell the ECU how much boost was running at first and that blew up a lot of engines...

Then they discovered a grainger valve from the late Gus Mahon and his 13 second minivan.

Lots of mechanical boost controllers were essentially based on that.

There is almost always a cheaper solution to things. That is capitalism. Getting to the one that works best for a good price is what I was trying to build. I could also use a thinner plate and make it a little cheaper but I like covering the boot lip.

The big washer is pretty similar to what I made and that is fine. Spending time vs money or the fun of your own soln is often what car hobbies are about.

Here is what my thin version looked like in comparison. It was powdercoated and used a stainless standoff and jam nut. It worked but I think the 1/4" thick version is nicer. 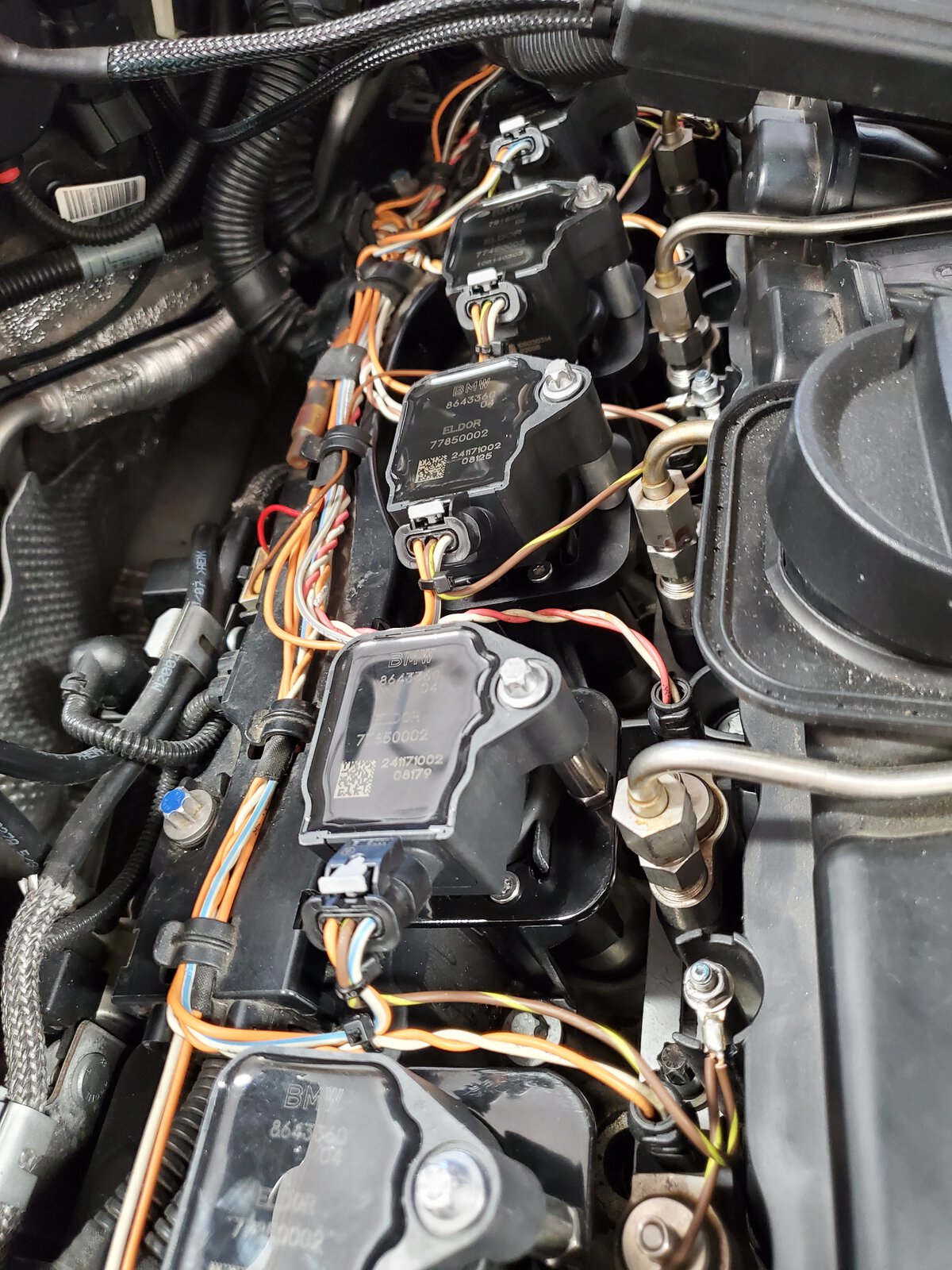 rbryant said:
The orange wire is #1, white is #3 for the B58 connector. BMW seems pretty consistent with the white wire with tracer and the brown wire but other cars may have Red or Green in place of the orange (red on the N55 cars, Red/Green on the B58, Green on my e70 X5).

I have pigtails available with orange/brown/white already crimped into the B58 connector if you are interested, they are not an easy crimp. They can be crimped directly, I did do it on my personal car but it took more work than splicing in pigtails. I also soldered mine after the crimp because it is hard to make a really good crimp with a hand crimper on this connector. That is why I had the pigtails made.

Yea I see what u saying now. I cant push the terminals into the connectors all the way. Not a chance :-(
R

F06gc said:
Yea I see what u saying now. I cant push the terminals into the connectors all the way. Not a chance :-(
Click to expand...

They are a small connector. It is VERY difficult to crimp them on in the engine bay. I got it done but it took 3x longer than I thought it would and was very frustrating.

Either splicing the pigtails in or depinning and swapping the connector for an adapter is the best DIY soln. The custom connectors from vendors are also a great solution but this thread is more focused on DIY.
You must log in or register to reply here.