We are late 2017 now and it's already over 2 years since I got my hands on the Wagner EVO2 competition/performance intercoolers to compare them versus the ATM intercooler. While those intercoolers are really good, since then there are more and more N55 cars running a Pure Stage 2 turbo at 20+ psi and plenty of logs have passed and IAT's went up to 50-60c (120-140f). With plenty of fuelling options available to reliably get those big hp numbers this also means the 2nd gen of F series intercoolers are having a harder time keeping IAT's down on our cars.

This time around it's CSF (http://csfrace.com/bmw-radiator-splash) that made a new F series N55 intercooler and were looking for someone to do some on the road testing on them. As an enthousiast I could not pass up on the opportunity. After Ravi told me some general specs of the FMIC I was quite anxious to get my hands on the unit. 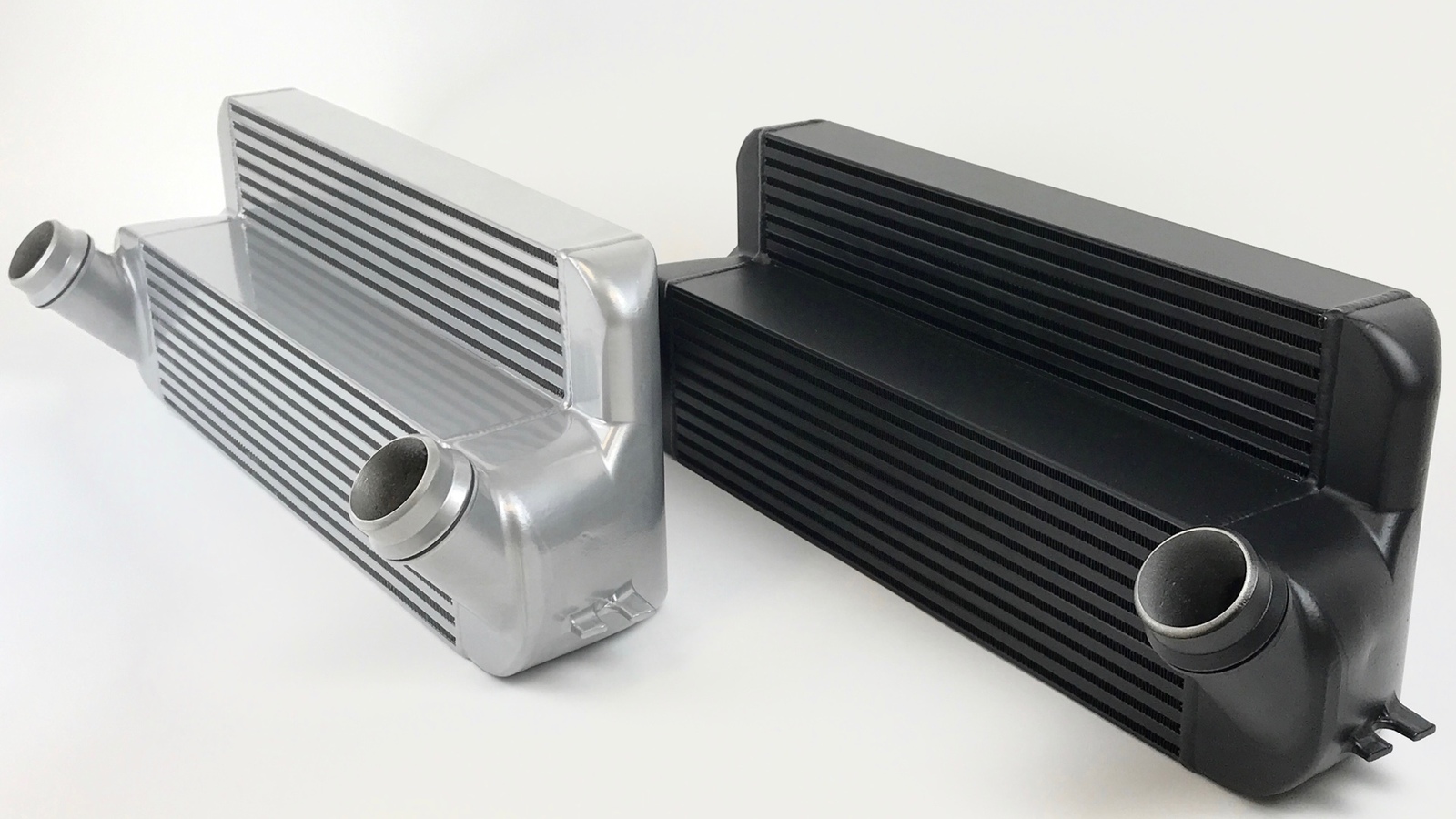 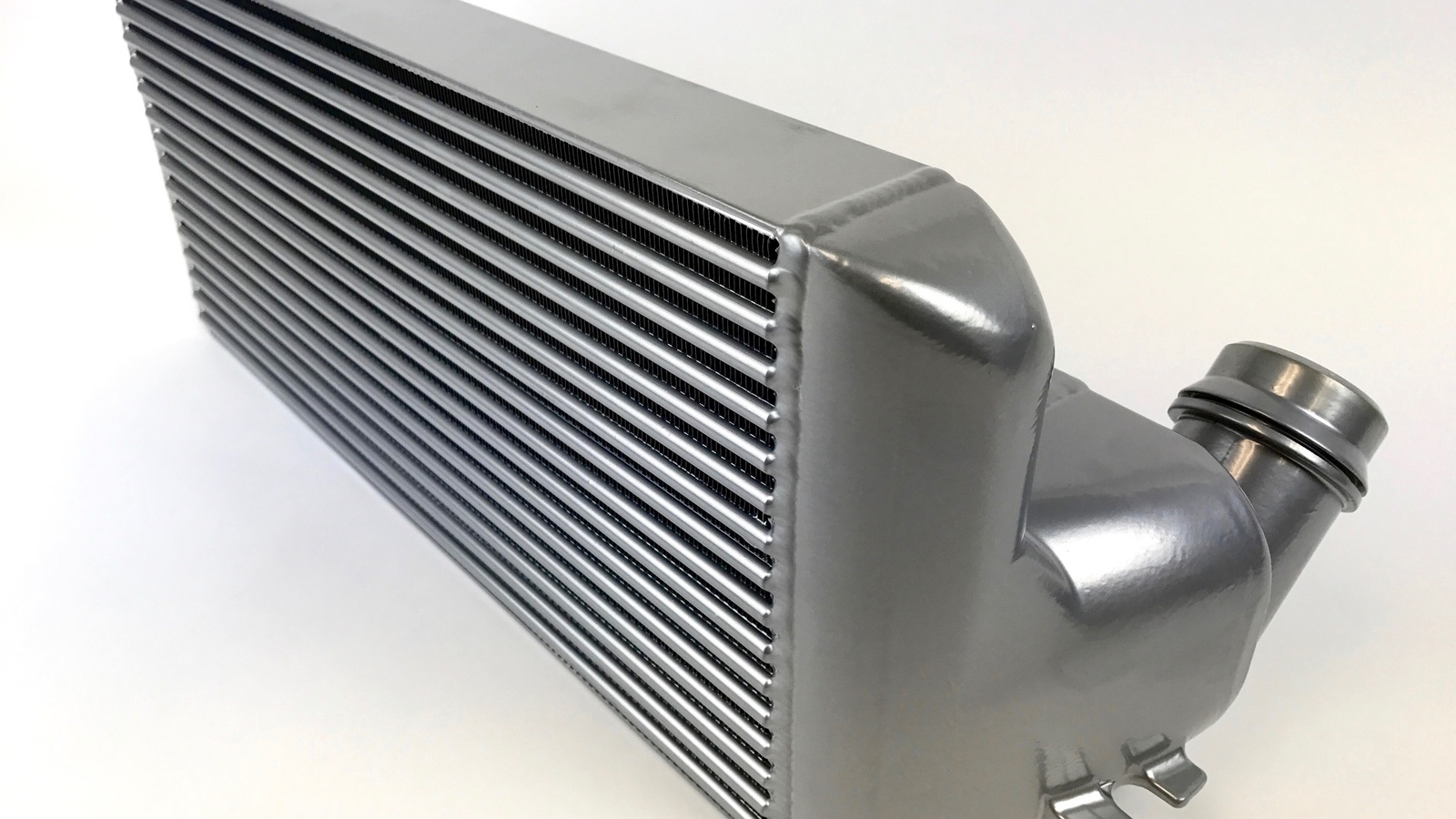 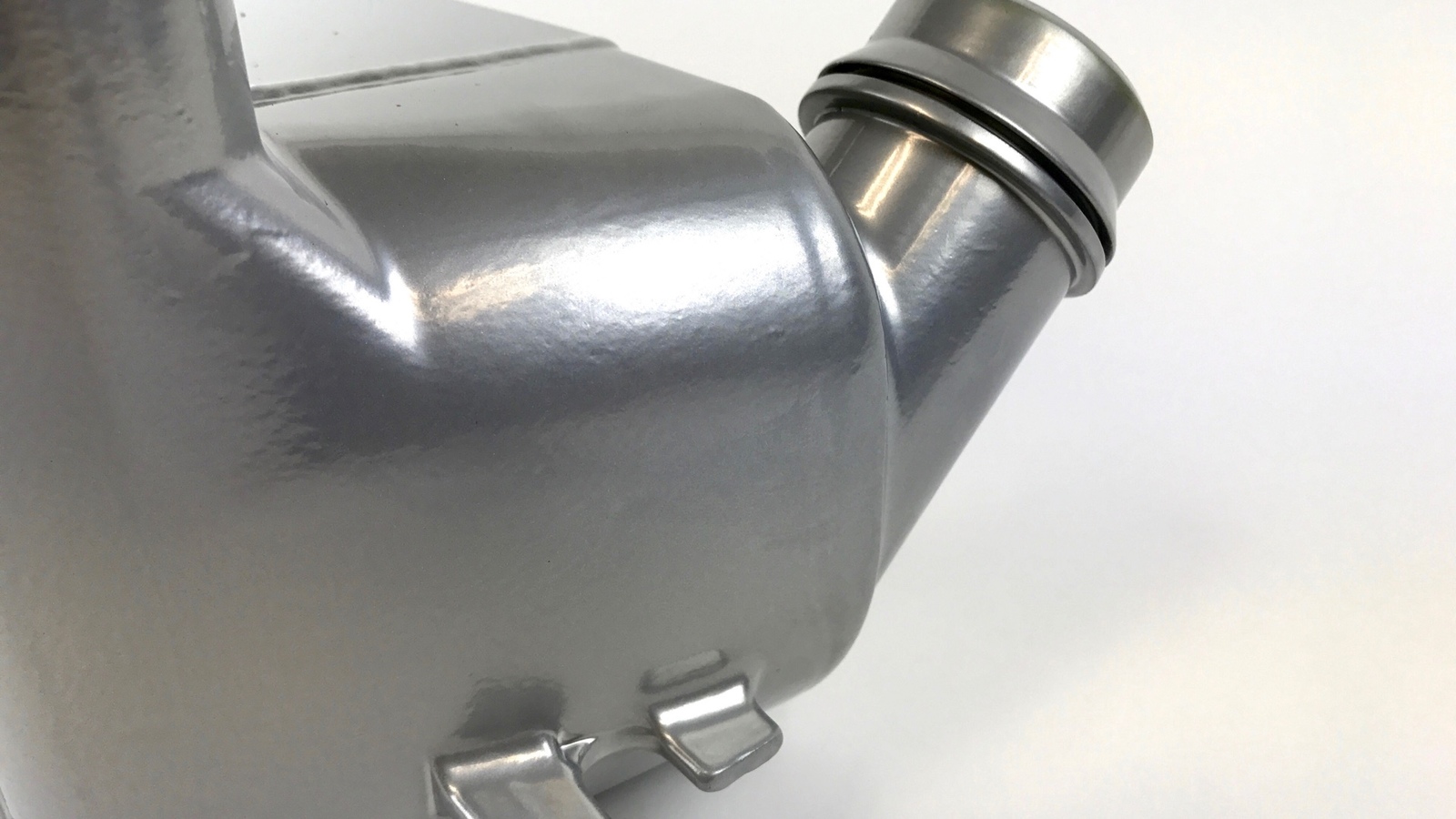 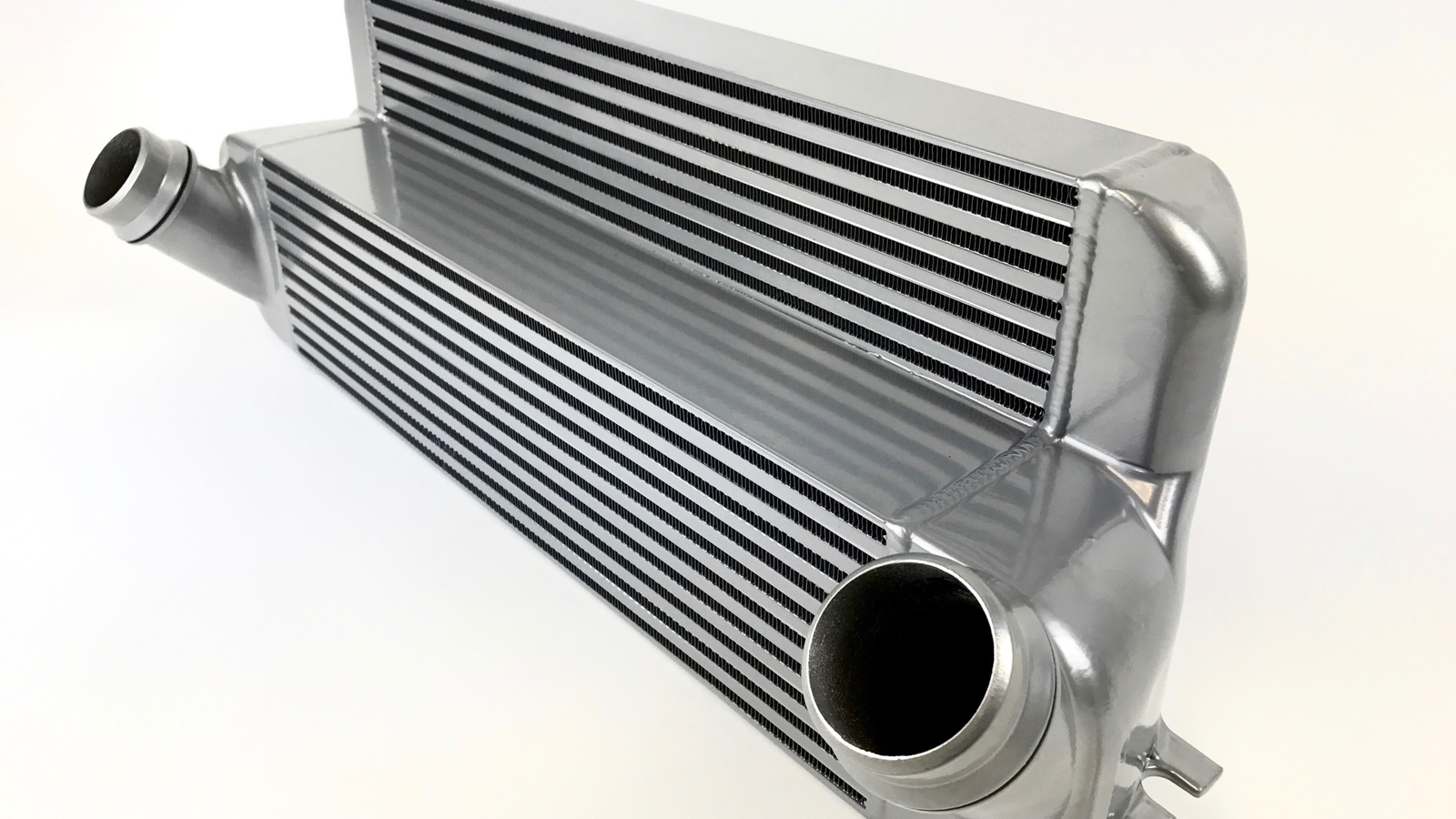 To me that sounds like a perfect intercooler for the street. Bar and Plate type cores can typically take up a lot of heat but once hot they take a bit more time to cool down (release the heat) compared to Tube and Fin cores. Which means for the street the cool down usually is not as big of an issue.
Ravi had 6 test samples ready for the SEMA show. He was so kind to send me one of those 6 over to test it.

Since my M135i has been replaced by a F80 M3 earlier this year I needed to ask one of my customers if he wanted to help out testing the car.
Alexis was so nice to provide us with his F87 M2 for a whole evening so we could do our testing. The M2 is running a Pure Stage 2 turbo upgrade, Fuel-IT Port injection system, downpipe, chargepipe and JB4 tune. Here is a picture of Alexis' Beast M2! 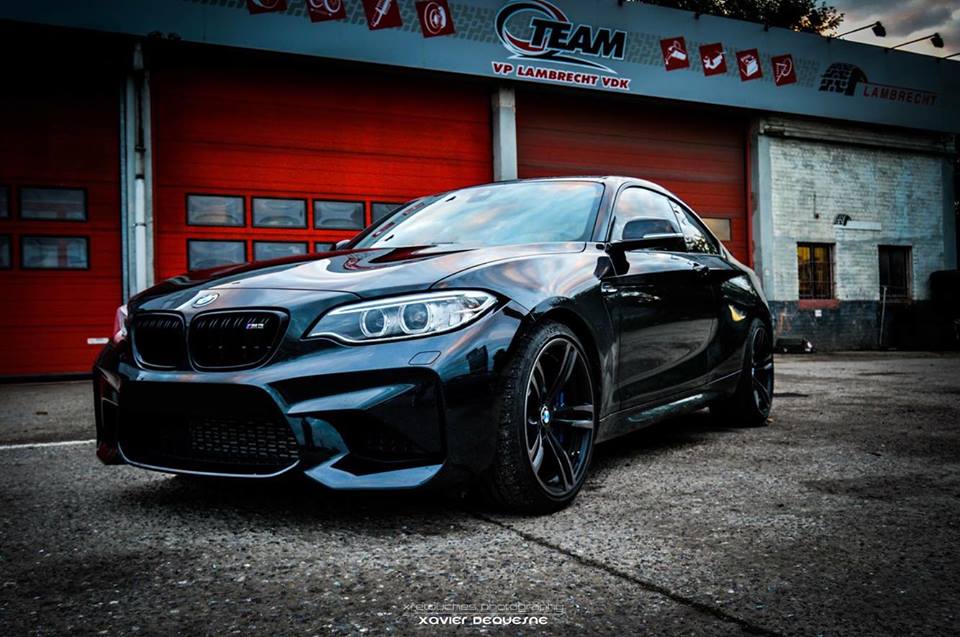 Unfortunately on the planned night the roads were damp and it was quite difficult putting the power down. So we had to lower the boost from 24 psi to 18 psi for the runs. Last time when we tested the Wagner units, the pure stage 2 turbo at 17-18 psi was heating the air up to 185c (365F) pre fmic. Outside temps were 6.5c (44F) during testing.

With the cool ambient temperature I figured we would have a hard time heating things up and there would not be much difference. The M2 had a Wagner EVO2 Competition intercooler on it. Previous testing showed the Wagner EVO2 Competition (tube and fin) performed similar in cooling compared to the EVO2 Performance (bar and plate) but offered a faster recovery. So off we went in the M2.

First the runs with the wagner unit. 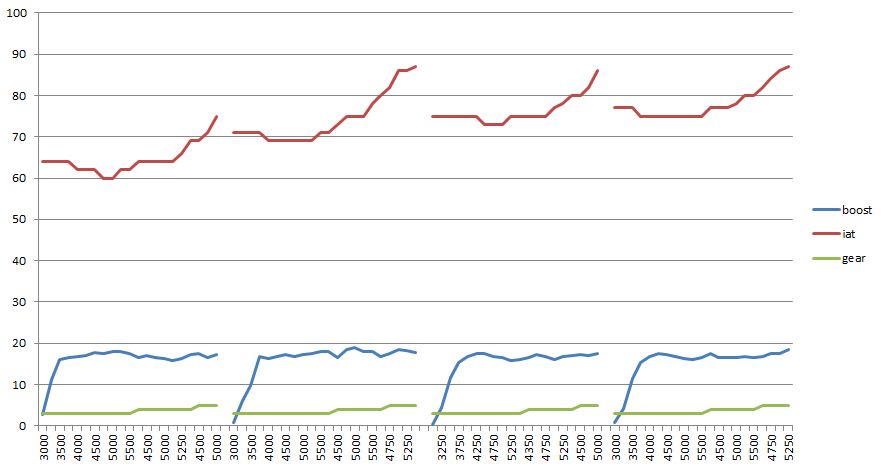 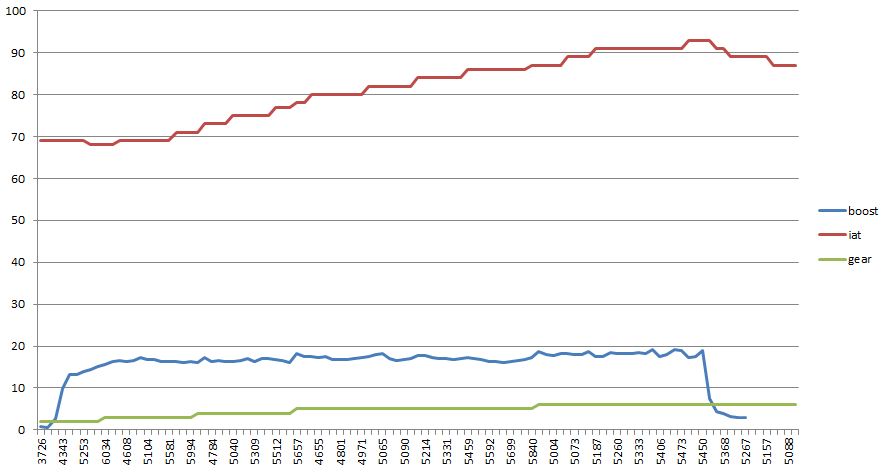 Conclusion: Intake temps of 30-33c arent a problem for the N55. Given outside temp was only 6.5c (44f) you can imagine when doing similar runs mid summer when ambient is 20-25c or higer (68-77f or higher) the IAT's will go up respectively. Also upping the boost a bit more means higher temps pre fmic (Pure Stage 2 at 21 psi of boost generates intake temps of 210c (410f) also putting more stress on the intercooler.

So we went back to the shop to install the CSF High Performance intercooler on the M2. Here are a few pictures of the wagner and the csf next to eachother. 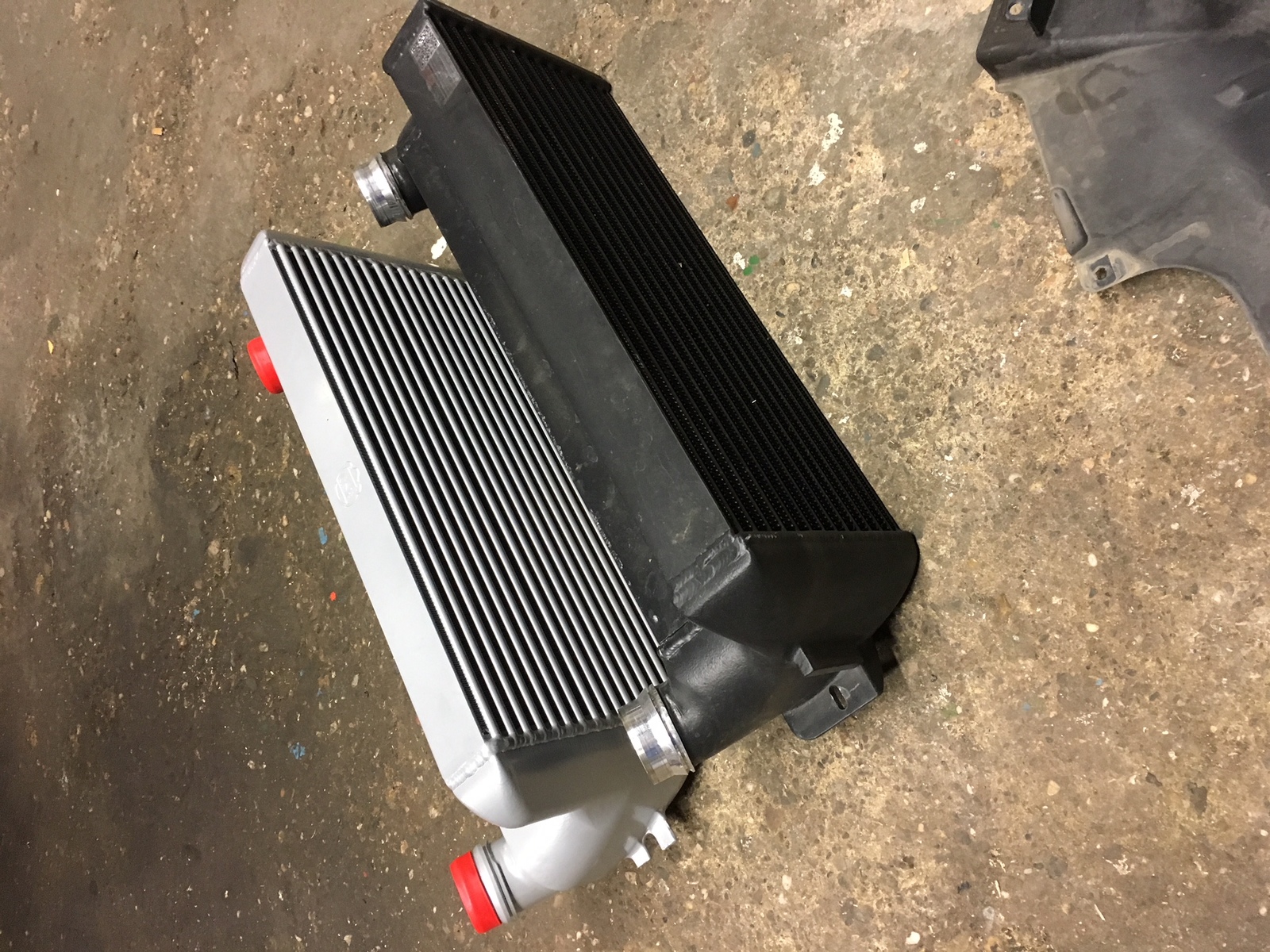 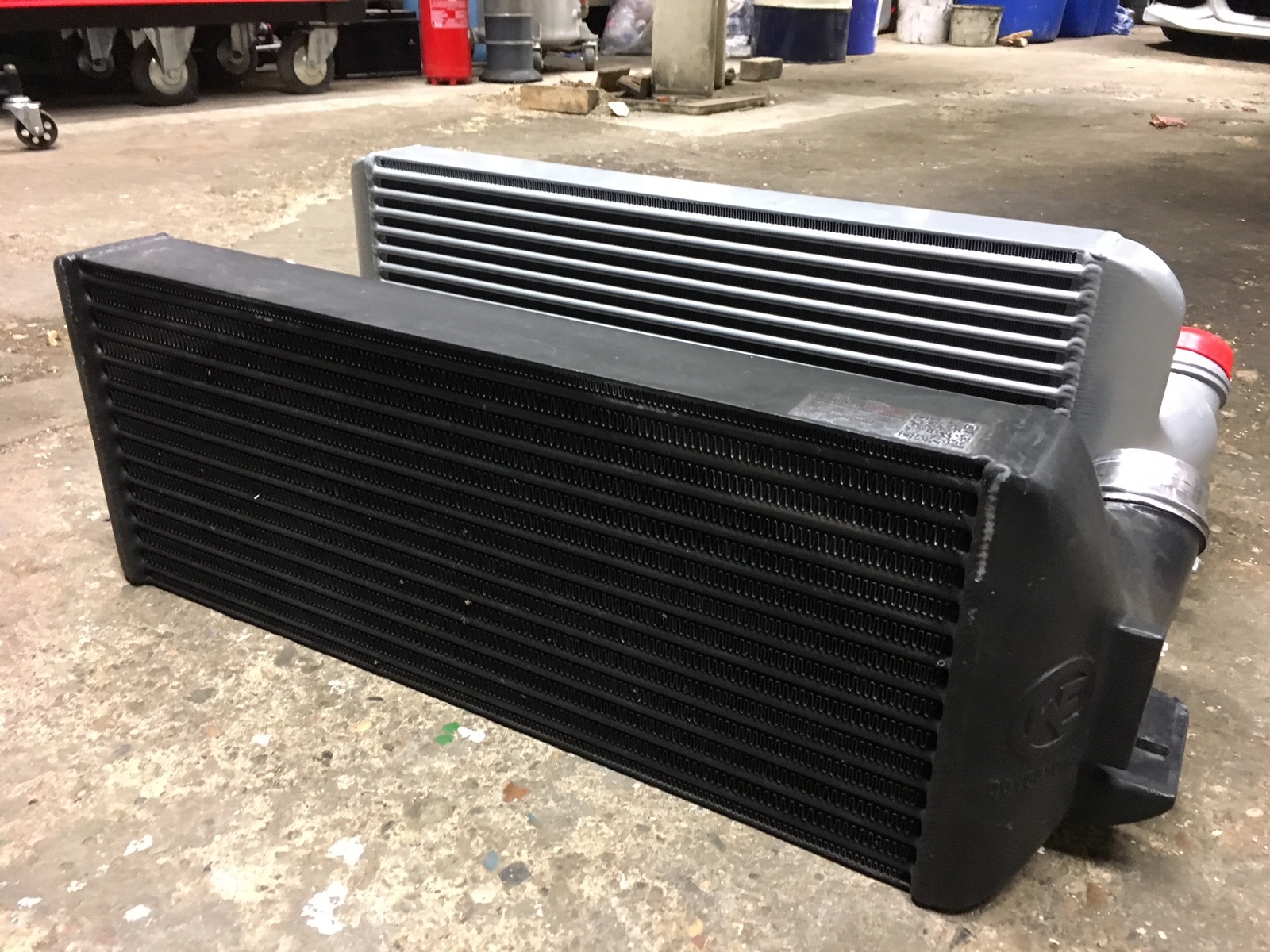 It's hard to see on the pictures but the CSF is larger than the Wagner. 17 rows vs 14 rows. The Wagner came off the car without issues. And the CSF was put back even faster.

Once done we were back on the road very curious how it would perform.

Here are the 4x shorter runs with the CSF unit. 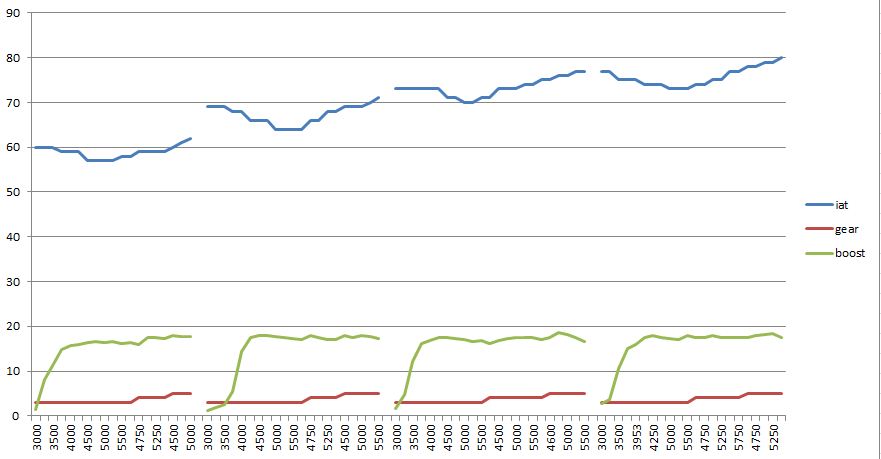 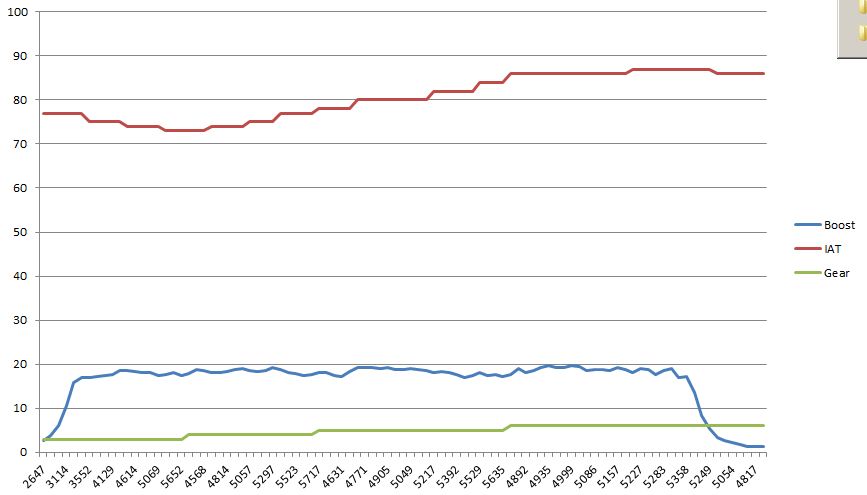 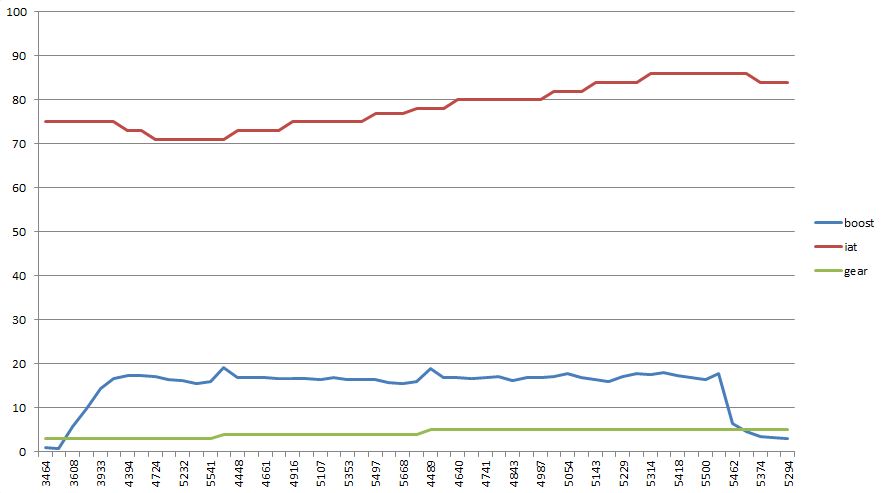 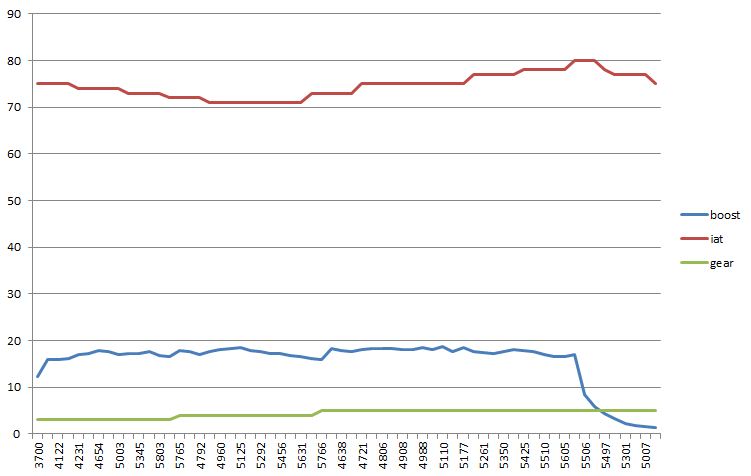 Conclusion:
Is there any conclusion that can be made then? I would say yes we can. The CSF can absorb more heat and it shows in the IAT's. In the longer runs IAT's stay clearly lower and even when you do back to back pulls where a bar and plate type core would be at a disadvantage compared to a tube and fin type core it still has lower IAT's. These results are from a N55 running around 480hp at these boost levels. I think on a stock turbo (tuned or not) the IAT's will stay very very low. Even on this setup IAT's are very good and there is a clear improvement from the previous gen fmics. We will see to get you a few more runs in at 24-25 psi boost from low to high speed to see the IAT's. Those will be added to the post later.

If I had a N55 engine and still in need of an intercooler or looking for an improvement in IAT's this is the one I would get. I heard from CSF that it will be available for purchase in the next month. We will also add these to our lineup like we have done with the CSF S55 products.

Thanks for the detailed review!

Now please make an e series one! I need a decent intercooler on my e92
You must log in or register to reply here.