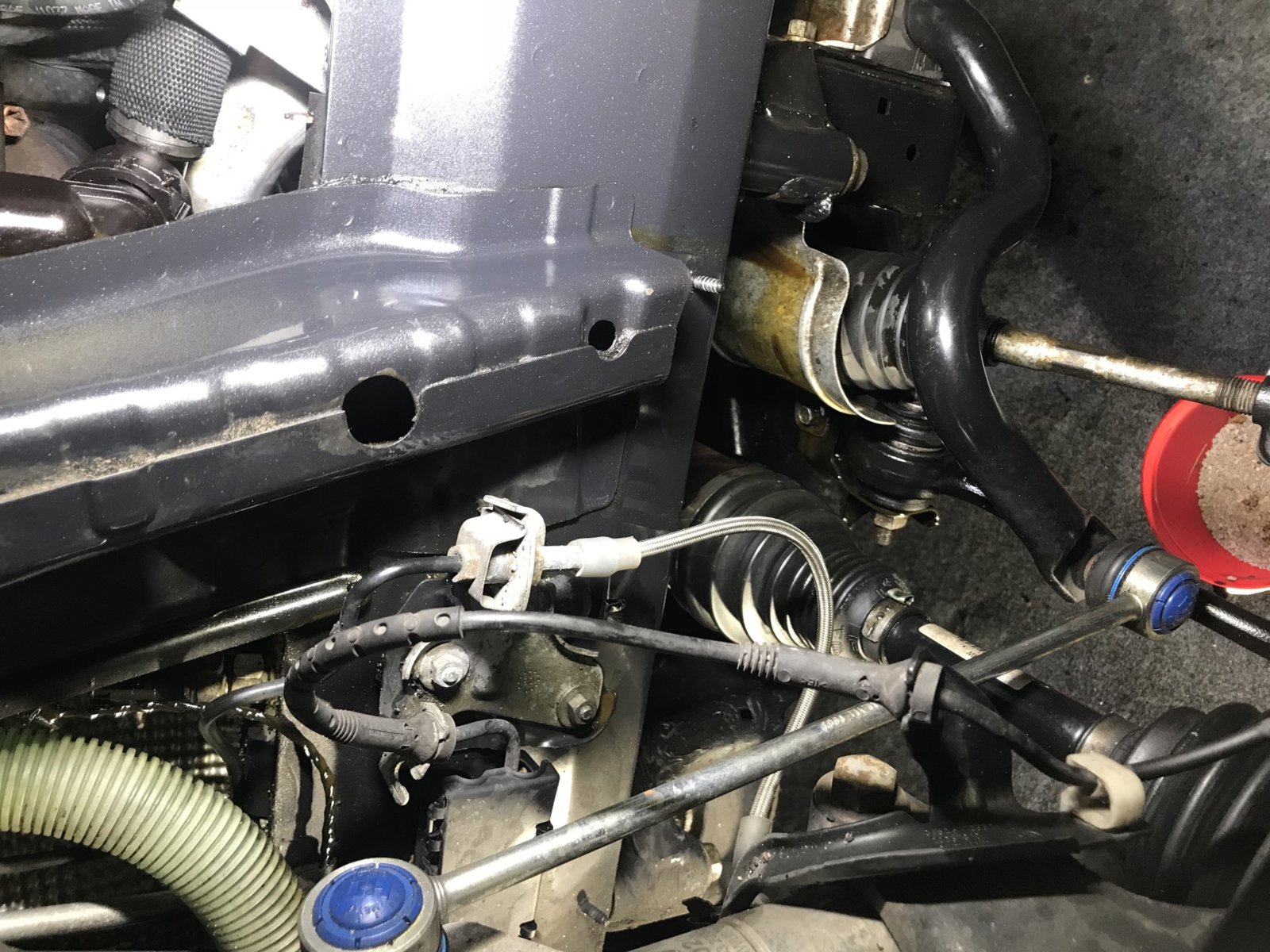 EDIT: See post #7 below. It was a loose bolt on the OCH causing oil to leak into the coolant.

I saw a huge puddle of oil on the garage floor near the front passenger wheel. So I put the car up on jack stands, took off the wheel, cleaned up the oil (which got all over the suspension, wheel and the under panels, nothing much looking down into the engine). Restarted looked fine cold, but once it warmed up oil started pouring quickly down onto the cover over the steering CV boot - I quickly put that red pail with adsorbent under to catch the flowing oil. It would have easily drained a quart in a minute I’m guessing. Oil also started to run down that black wire near the windshield washer hose.

I found I had a turbo oil line leaking on mine.

JonEQuest said:
I found I had a turbo oil line leaking on mine.
Click to expand...

I’m trying to decide whether to do it myself or take it to a shop.

(Coincidentally - I had just taken out the BMS oil cooler Tstat and reinstalled the OEM oil Tstat for the winter the day before and drove in a spirited fashion to get the oil temps up to 240F.)
Last edited: Nov 8, 2018

Sounds like a line leak. ofhg/ochg would be visible leak from bay.
Reactions: Jeffman

But because it's a free check, make sure the filters for the vanos solenoids are tight and not leaking; if you haven't dicked with them they shouldn't be, but ...

But because it's a free check, make sure the filters for the vanos solenoids are tight and not leaking; if you haven't dicked with them they shouldn't be, but ...

Thanks! The picture you sent plus a little more googling makes me very hopeful that it’s the VANOS filters. One must have gotten loose. I saw oil spray on the coolant expansion tank and the dripping below is exactly below where the filters are. I’ll check in the morning and will confirm.
Last edited: Nov 9, 2018

UPDATE - what a dope I am!
When I reinstalled my OEM oil Tstat after the top bolt must have been too loose and oil was pumped under pressure passed the OCH gasket into the coolant side. DOH! I should have realized this immediately as hazy oily stuff was collecting on the top of the radiator expansion top - I should have immediately opened the radiator expansion cap to see the brown gunk in the tank. Pictures below.

Here’s what happened: I had been running the BMS oil Tstat for a few years, even during the winter. This past summer I replaced the OFHG and in doing so mostly stripped the threads in the OFH for the top bolt holding the OCH to the OFH - so it wasn’t properly torqued. But since the BMS Tstat was still in apparently oil pressure within the OCH wasn’t so high to cause a problem. Last weekend I decided to put the OEM Tstat back in. The bolt was not properly torqued, but oil didn’t leak outside of the OCH so I thought I was good to go - WRONG! The oil leak was in the inside, oil pressure pumping oil past the gasket into the coolant side which is only 14.5 psi or so atmospheric. So now I’ll need to do a really thorough job flushing the radiator. Oil change afterwards. Feel free to comment. I’ll cross-post this under my “DOH!” thread.
https://bmw.spoolstreet.com/threads/doh-im-not-afraid-to-look-like-an-idiot.3522/page-3 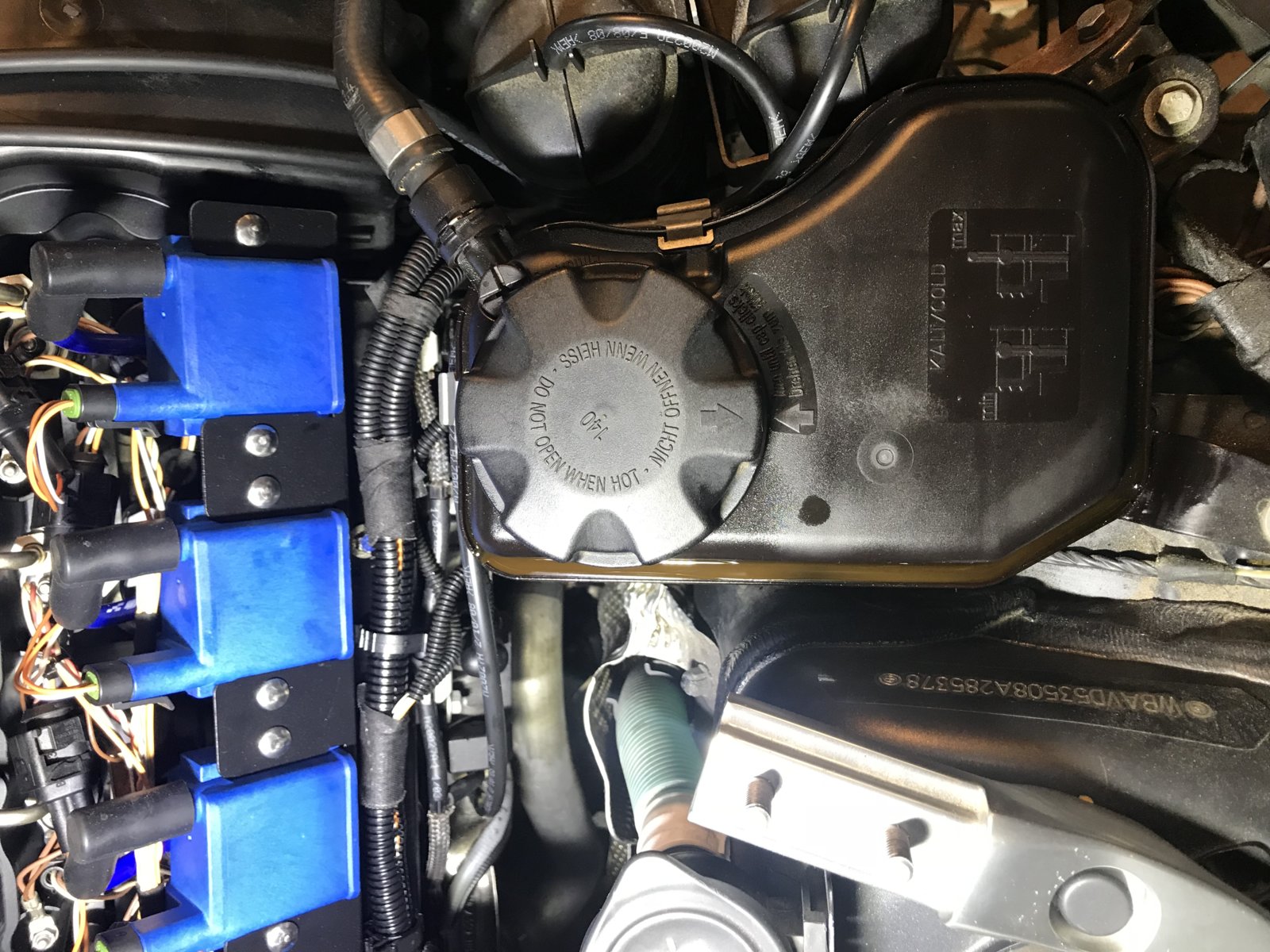 This morning took off the oil cap - should have done this first! 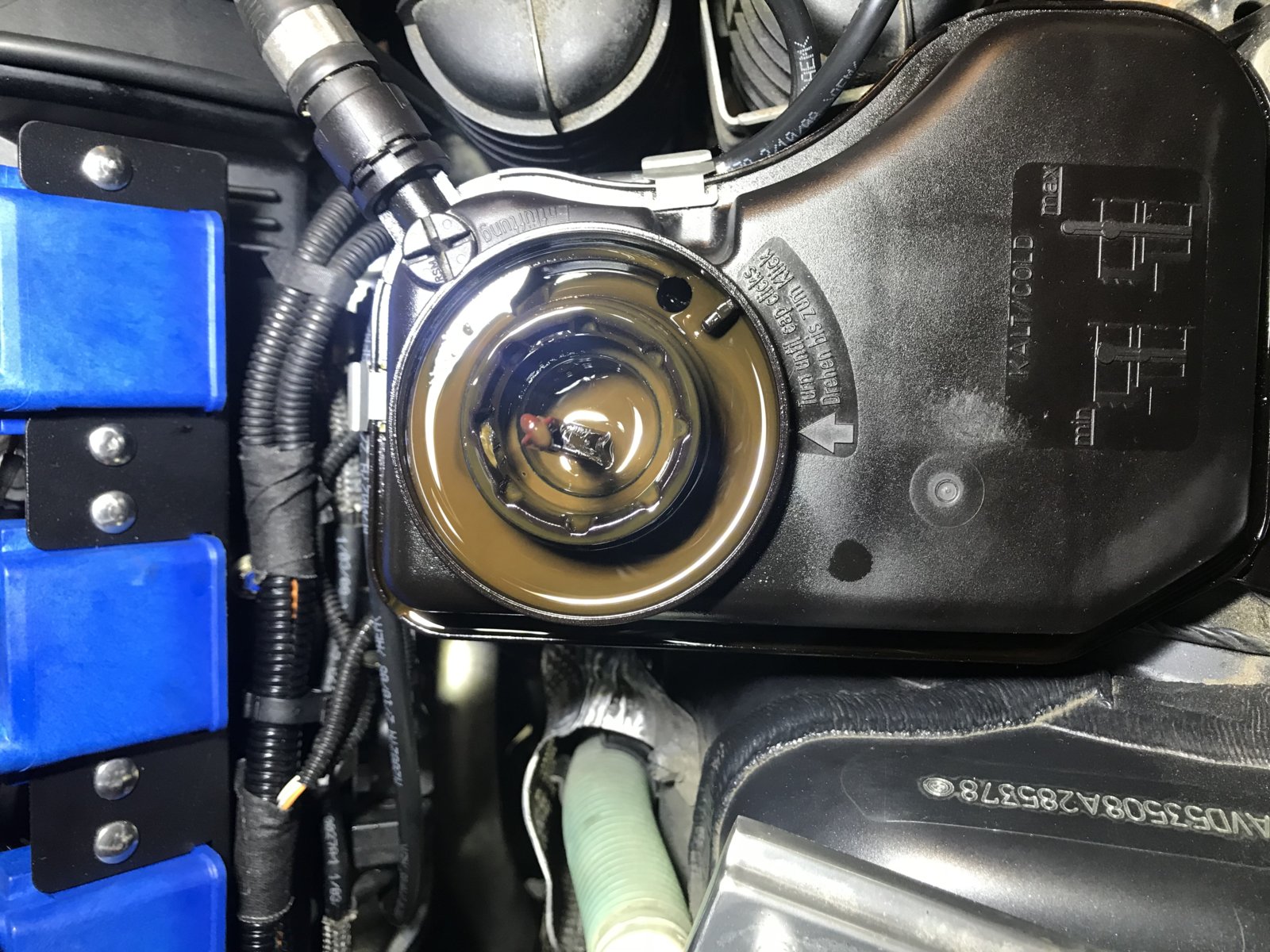 Live and learn, at least you caught it before you did real damage..

Time to flush everything a few dozen times.

Just be sure to helicoil that top bolt so you don't have to redo the repair.
Show hidden low quality content
You must log in or register to reply here.

Burning oil after VTTO valve cover external PCV setup. What to do?