This guide is to upgrade to the M3 strut tower brace and rings. Besides being a visual upgrade, this brace is solid in the center of the V and also uses mounting rings which give access to strut damper knobs.

There are also other bolts and nuts used for holding the brace to the center V section and the tower rings, hopefully you can get them used. If not, these other parts can easily be sourced.

First, start by removing the cowl and cabin filters. Once that is done, go ahead and loosen up both strut bars:

Next, to make removal and installation of the center section easier, we will remove the right(passenger) windshield wiper. Pull off the cap exposing a hex nut. Use a flat head screw driver to remove the center cap, exposing the center brace E bolt and then remove.

In the side of this area you'll see three bolts which secure the center section to the car, remove them:

This center plastic piece should now push down and then pull out. There should be two rubber grommets, set them aside.

If you bought your center v brace new, you should haave two studs with threads on both ends to put into the ends of the brace. If you bought the brace u sed and it has those studs still in it, carefully take a pair of needle nose pliers and remove one of the studs without ruining the threads.

To put this piece back in, you'll need to lift up on the trim using the new found space from the windshield wiper removal. You need to get it up and over the clip nut and it should go back in the way it came out:

Now, tighten down the three bolts that hold the brace holder as well as the center E bolt holding the brace itself. Next, install the strut bars and strut tower plates using the special nuts.

Now put the Tower caps on: 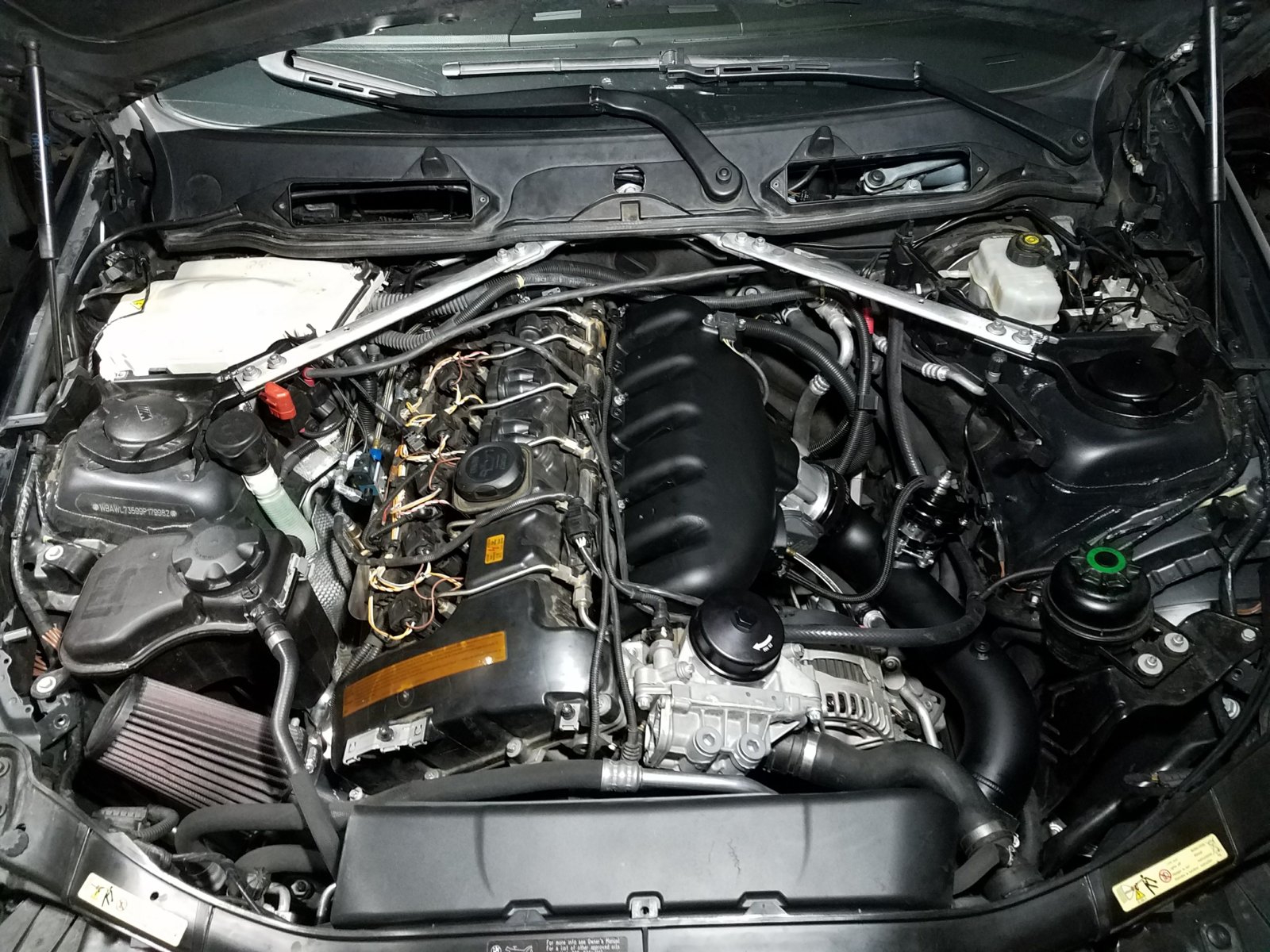 This is nice, saving for later.

Yeah, it looks aluminum to me, not sure if its an alloy of some kind.

soawesomeman said:
Found the parts kit on ECS for $465 https://www.ecstuning.com/b-assembled-by-ecs-parts/m3-strut-tower-brace-kit/516661e92m3kt1/
Click to expand...

There are two main things I didn't get here, the strut tower caps and the six strut nuts. Those nuts are not normal, they are special nuts and you can only buy them direct from BMW at like $10 a pop.​
Reactions: soawesomeman

Note, if you're using the stock cowl, you can remove the mounting studs and replace with bolts/washers for clearance.
Reactions: doublespaces
You must log in or register to reply here.