European, based in China

I was just spraying in front of all the coolers at the front with one nozzle on the right and the other on the left. Anyway, no noticeable effect.

I tried many things. One time I moved the DCT cooler down to the middle to get more radiator cooling. Coolant would still go too high, but then the DCT temps also went up. I also tried moving from a tall to a shorter FMIC. Again, coolant would still go too high, and now the iats were running away as well. So now the dct cooler is back up top getting direct airflow, and I have a thinner taller FMIC where I have extended the radiator area below the main radiator using an aux cooler sitting between the pipes behind the FMIC. A total of two aux coolers, and it still isnt enough when it gets hot and humid. But iats and dct temps are doing great. Btw the cooler behind the FMIC had a valve, so I was able to do direct A-B testing by turning it on and off with the valve. The data showed it helped around 1-2deg C if my memory serves me right. Even if the CSF had optimized fins compared to the OEM unit, it must be helping less than that, just compare the sizes below. 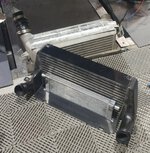 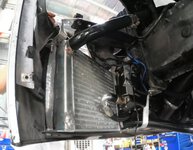 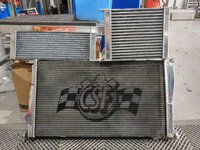 Well so far the csf radiator has been shown to work, so their increase fin density and thickness is working
Click to expand...

Yeah we just dont know how much it works. I thought fin density was super important until I moved from a vrsf 7in to a 7in HD. I also dont think any cooling experts would disagree that fin density as well as thickness offers diminishing returns. I also dont believe changing the fin desity is a matter of cost. If BMW could have gotten 20% extra cooling by tweaking the fin densities, they would most likely have done so already. Instead they choose to increase the thickness of the N54 radiator and added the ppk for some models. Arguably more costly options vs tweaking fins. I would assume they went with these options because they offered a better performance to cost ratio.

On another note, I just saw the new M4 technical document. I always thought the main reason the S55 moved to a coolant based intercooler was to lower turbo lag through shorter piping. Now it turns out they have reverted to the longer piping with the S58 while still keeping the coolant based inter cooling. Perhaps it was more about using the available space for coolers more effectively in general after all?

I also find it fascinating that they went from having a smaller main + aux cooler setup for the intercooler, to now a larger main radiator without aux cooling. Especially because we know that keeping the iats low was a challenge on the S55, and also the focus of most aftermarket options. The GTS also got WI. Perhaps the larger turbos on the S58 are helping to battle iats despite the power increase.

As for the engine cooling, the S58 now uses two aux coolers together with a full length main radiator. So they further increased the combined frontal area of the radiators for engine coolant cooling! This while keeping the total cooling area available for the intercooling probably about the same. Given lack of space, it also does make sense to stack a low temp cooler more in front of a high temp cooler, and then having a high temp cooler stand alone rather than having a low temp cooler stand alone.
Last edited: Jun 9, 2021

F87Source said:
Interesting because my Canadian m2 and m235i both had that heat exchanger.
Click to expand...

Update time! I was about to pull out the radiator and take it for repairs ( finally found someone capable!) , I decided to pressure it up one more time to quickly mark where I'm seeing the coolant seepage, guess what!? I'ts been under 1.5 bar pressure for more than an hour and I can't find a leak! What gives Mann!? 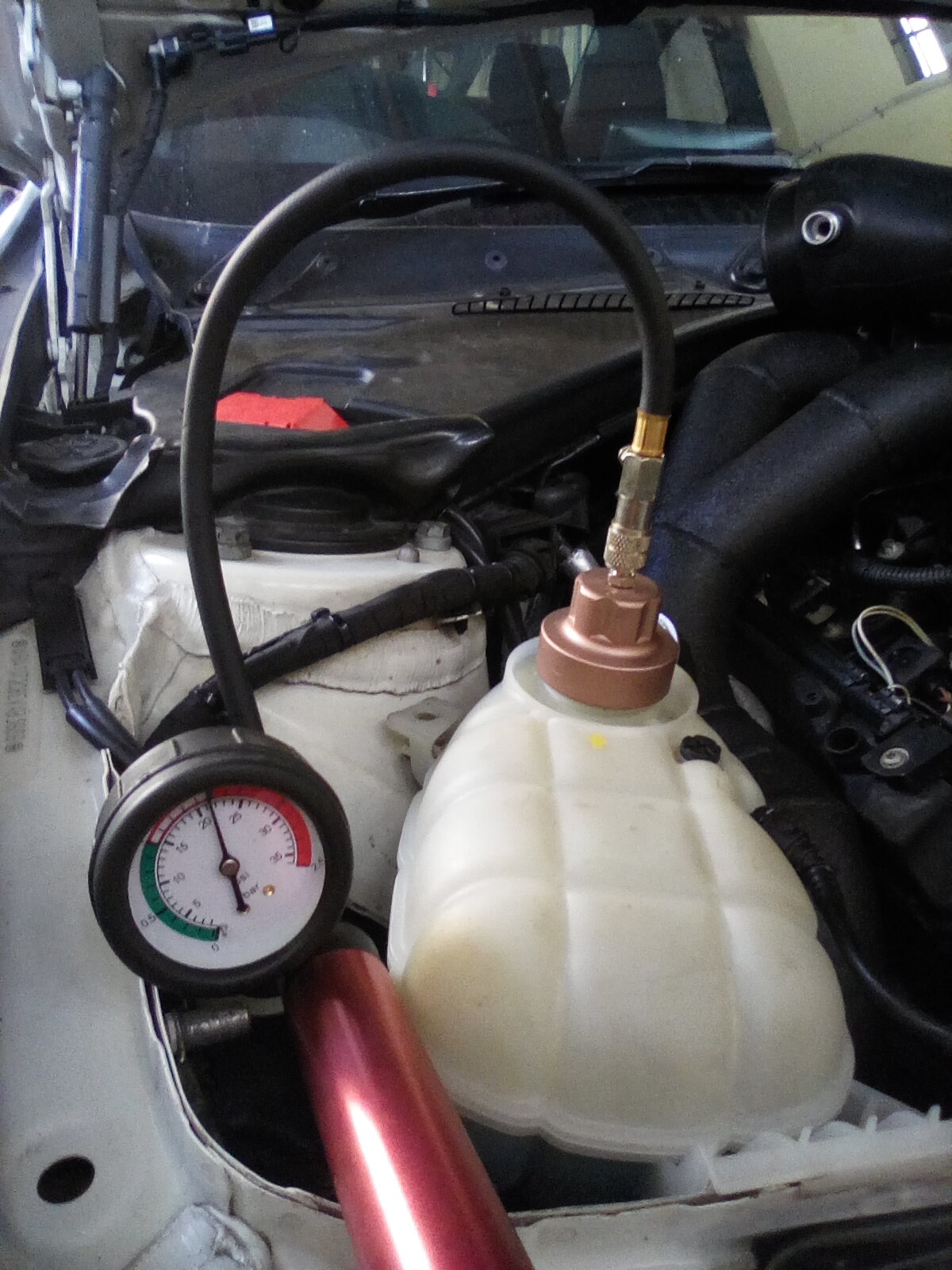 Needless to say I'm extremely pleased but ll leave it for another hour to make sure!

So were your initial results flawed or has the leak disappeared? I guess that is the question now.

because everything is cold and not fully expanded yet, leave the cap open and get it up to temp and at least half way and then
pressure test it.

doublespaces said:
So were your initial results flawed or has the leak disappeared? I guess that is the question now.
Click to expand...

I think I may have been flawed in my initial diagnosis!I suspect the thermostat wasn't seated or sealing properly ( the O ring was dry for more than a year!) and allow a squirt of water back on to the radiator.

martymil said:
because everything is cold and not fully expanded yet, leave the cap open and get it up to temp and at least half way and then
pressure test it.
Click to expand...

Ill try this just to be sure, thanks for the tip!
Reactions: martymil

So I warmed up the motor WITH the reservoir cap on until the fan turned on, I then allowed it to cool a bit (so I don't accidentally burn myself!

) then carefully removed the cap, there was some pressure in there but no splashing or boiling over. I installed the fitting an pressured up to 15psi then left it overnight to simmer. Next morning I saw 12psi which is understandable as water volume contracts as it cools so the vapour space would increase causing the pressure to drop. After a quick look around there was no sign of coolant anywhere so I am now convinced that it is actually good but just to be ultra sure, I still decided to pressurize again to 15 psi and leave it overnight one more time.
Show hidden low quality content
You must log in or register to reply here.