OK so I recently put my car back together with a temporary Pre-LCI MSport steering wheel as it was a "no line" car and has the base crappy steering wheel.

I've been scoping out eBay looking for a reasonably priced LCI MSport wheel and found one to my liking for $200, dealer take off. 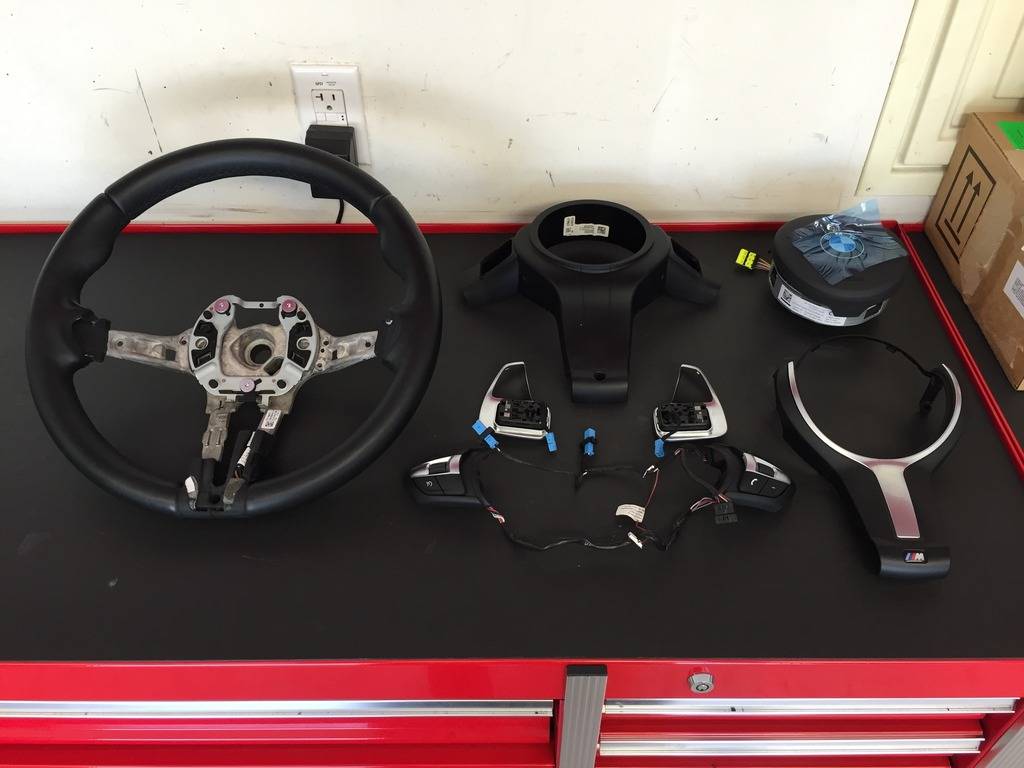 I did not notice that the wheel wasn't equipped with SAT paddles and I would have assumed that all of the wheels would be pre-drilled for them but this was not so. Using the paddle as a jig I marked the 2 holes on each side that needed to be drilled and went ahead and did it. The inboard hole is what fastens the paddle down while the outboard hole is an alignment tit. The outboard does not *need* to go all the way through but it doesn't matter if you do. 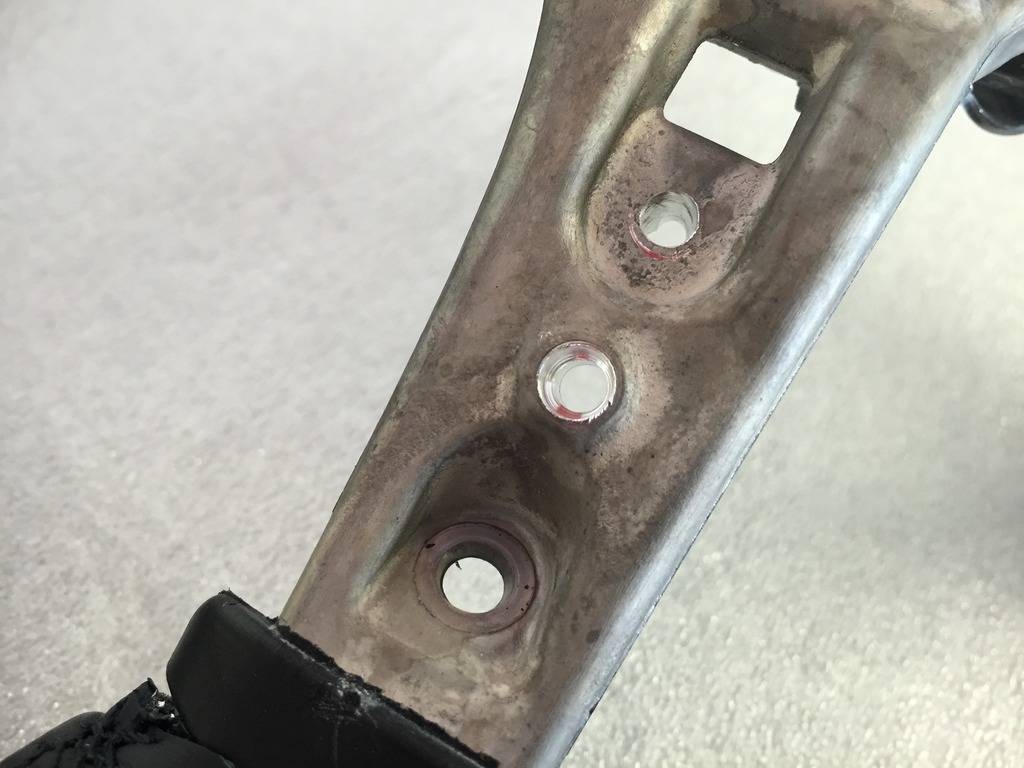 Here is the wheel almost fully assembled, this is where I realized I was short a few parts. I wrongly assumed the pre-LCI wheel would use the same control module and harness as the LCI wheel but they are not alike at all. Different connector blocking tangs, length, design etc. I had to go ahead and order those new, not too bad about $250 from the dealer for the control module and harness. 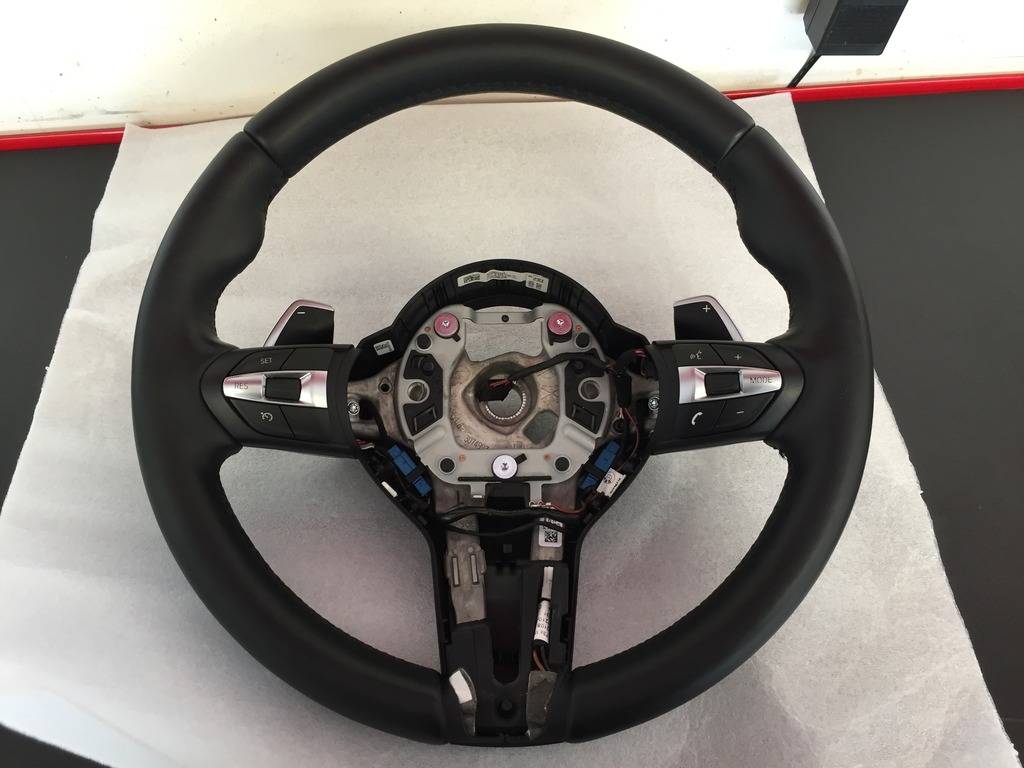 Here are the two wheels next to one another 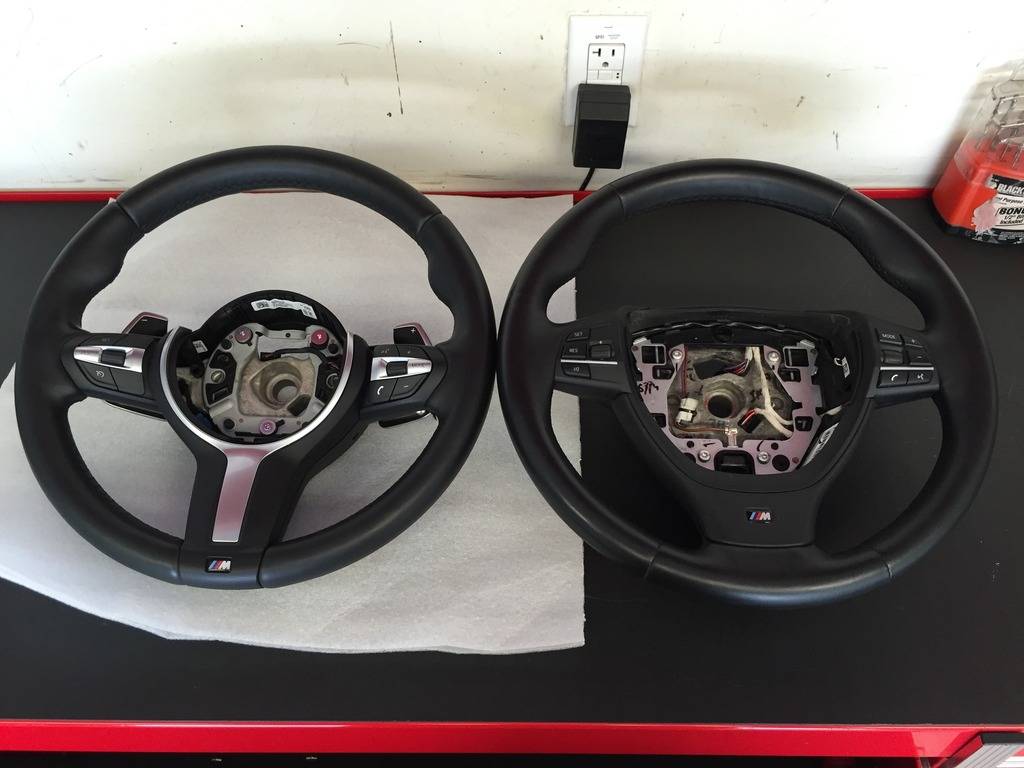 A couple VOR SOP's later I have the correct steering wheel electronics box and wiring harness.

It all installed straight forward, the keyed connectors only fit one place and process of elimination does the rest. Harnesses are of length that they only tuck in out of the way one way too. 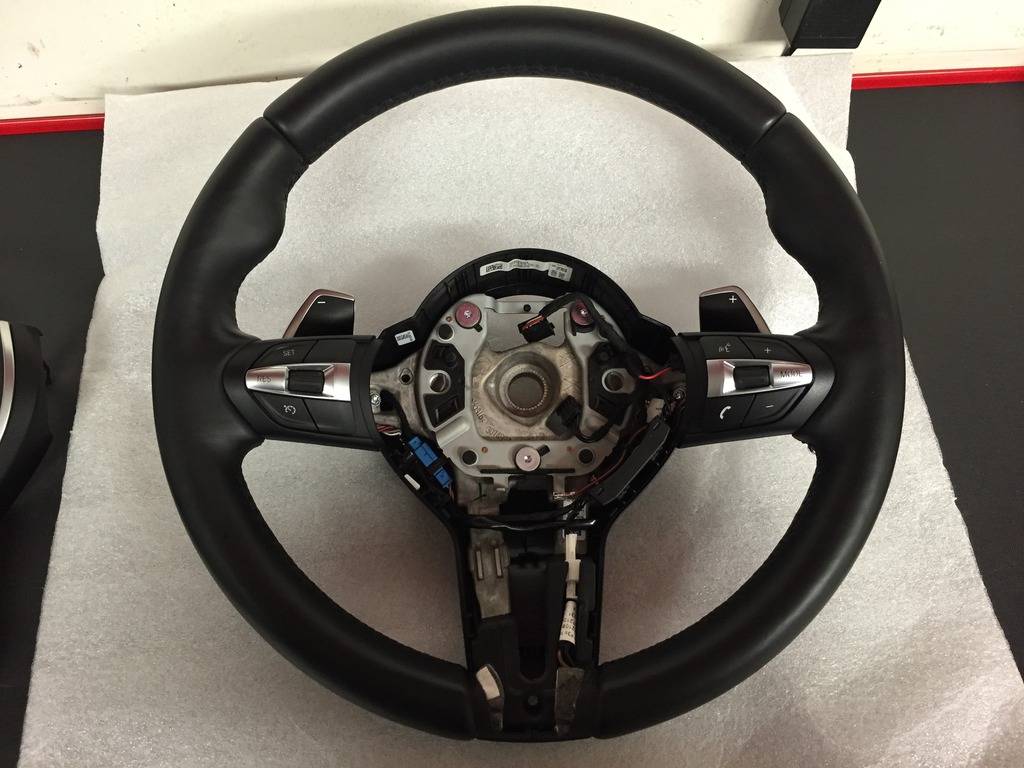 Closeup of the module and wiring: 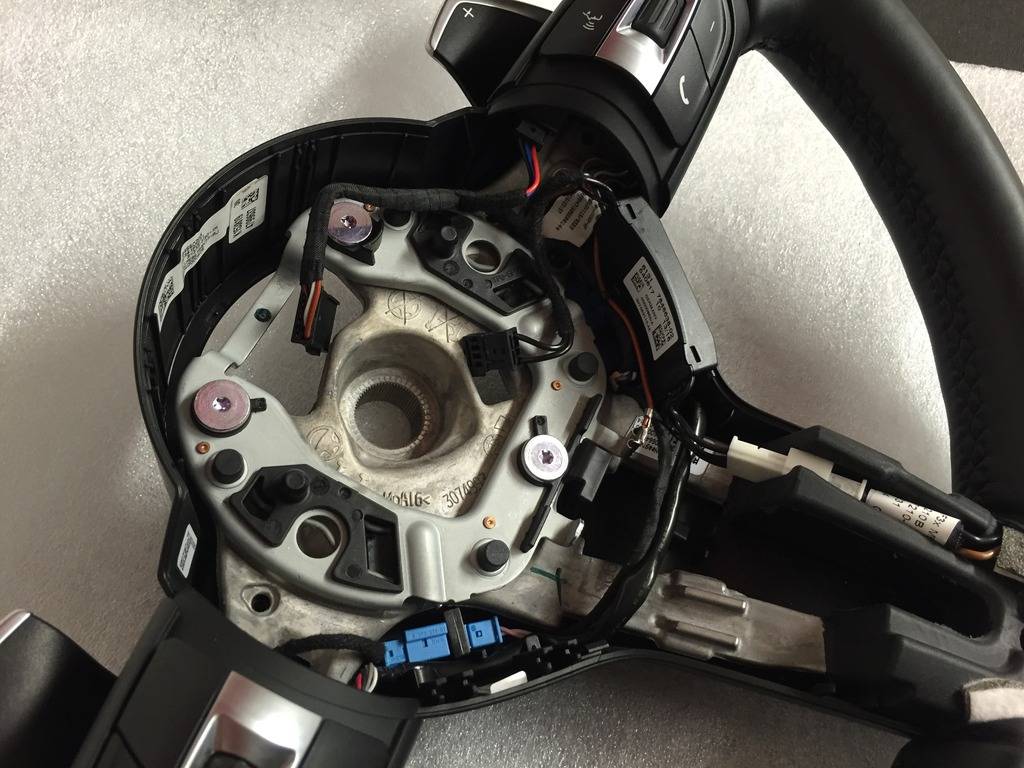 Completely assembled and ready to install onto the car: 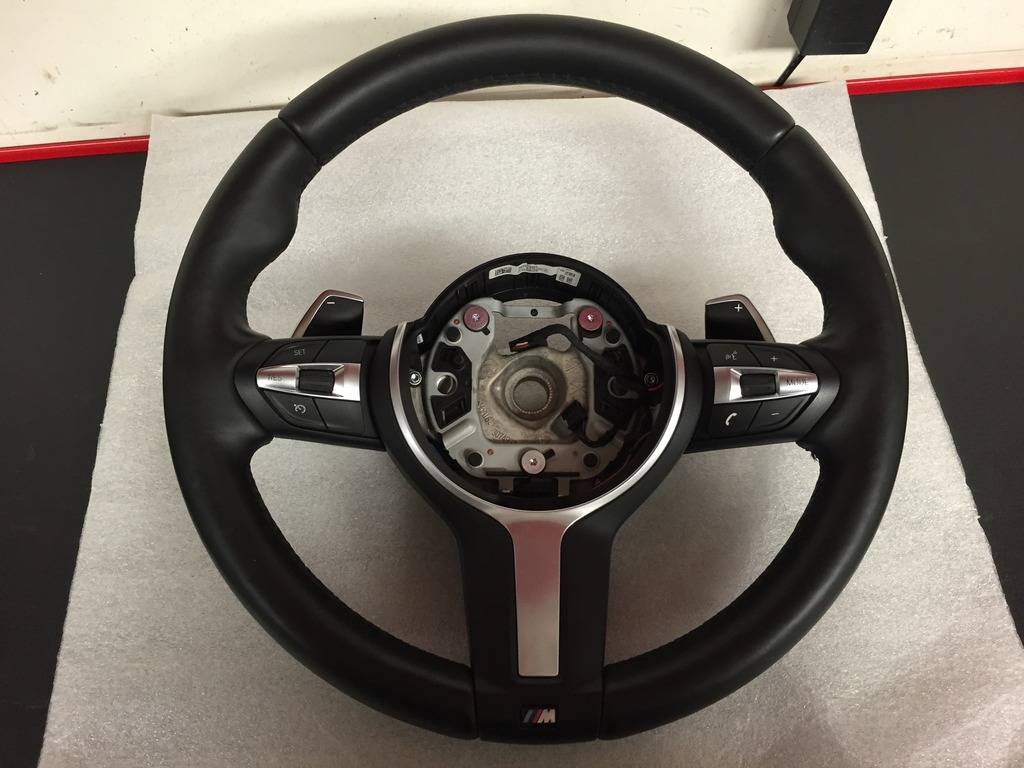 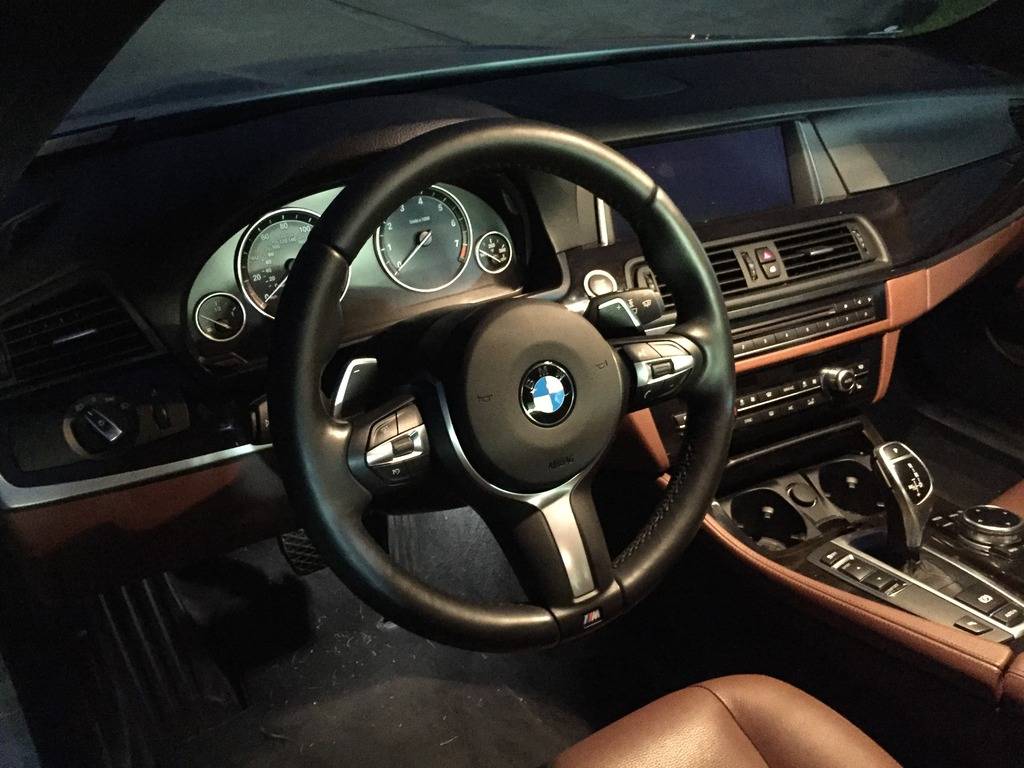 This evening I installed E-SYS and set to changing the FA to reflect the 2TB option and coded the EGS, KOMBI, ICM, and SZL. 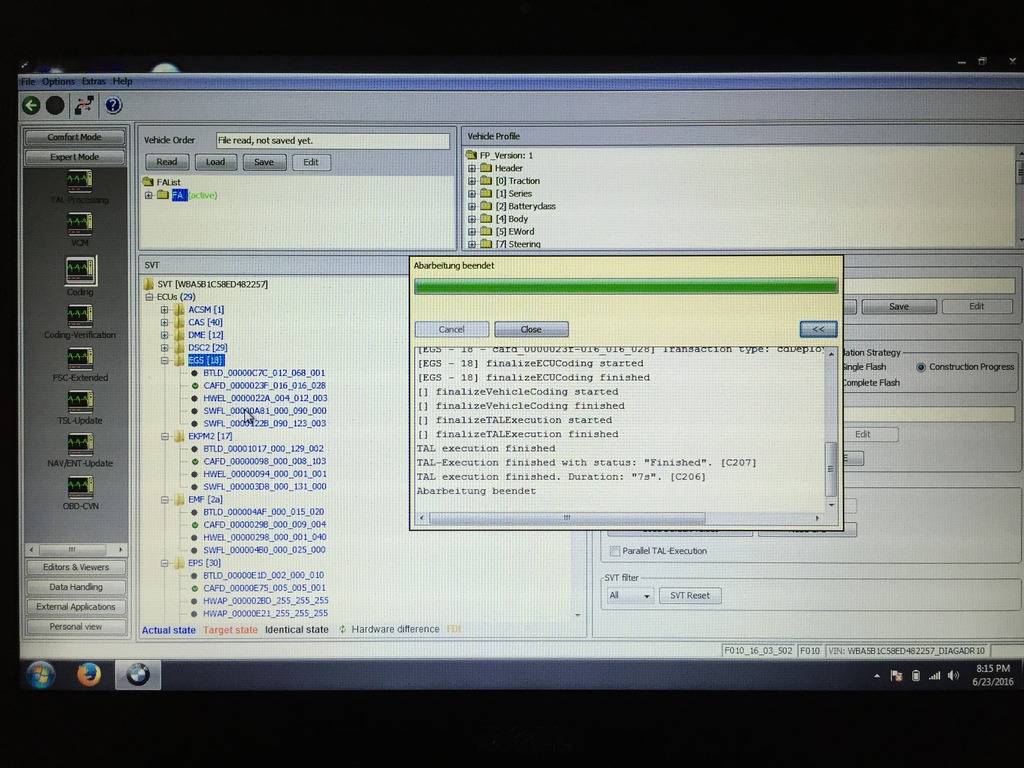 My first drive attempt was a bust however....

As soon as I put the car in drive it switched to Manual mode on its own and proceeded to rack through the gears until it was in M8. :lol: Off the line acceleration was turrrriiiibbbbllllee

It only took a few minutes of searching following my presumption a of what was going on to confirm I was right.

Nope. They are, electrically anyway.. different. 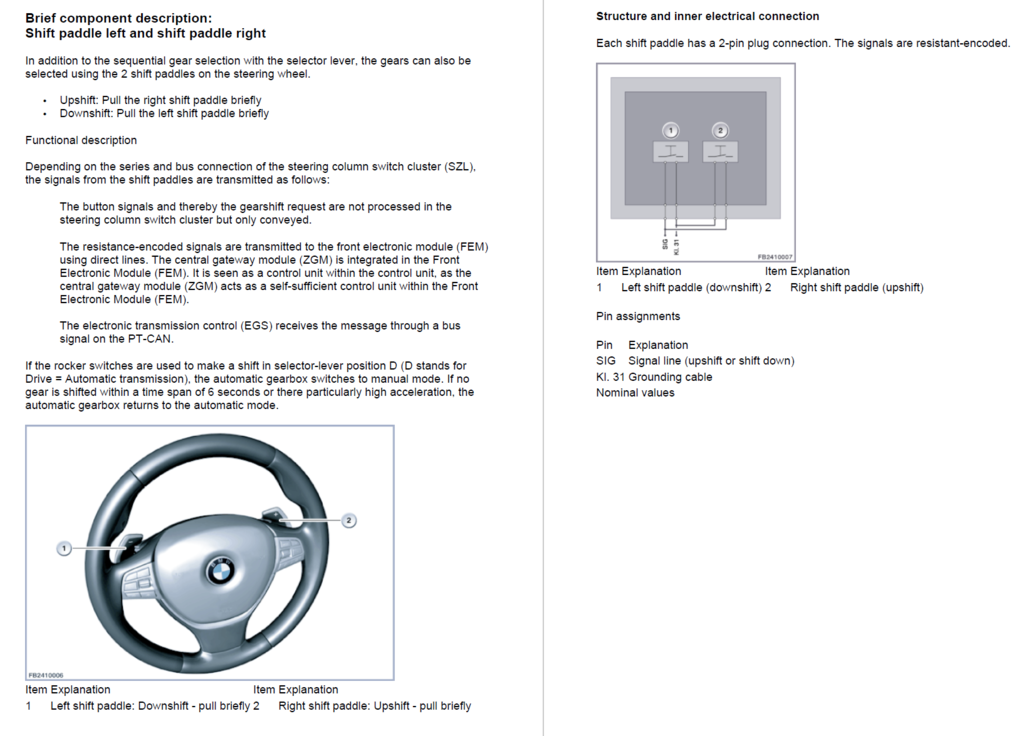 Unfortunately I don't know what the nominal F10 resistor values are, but I was able to measure the F30 ones and the nominal values laser etched on the SMD resistors on the PCB match percisely. 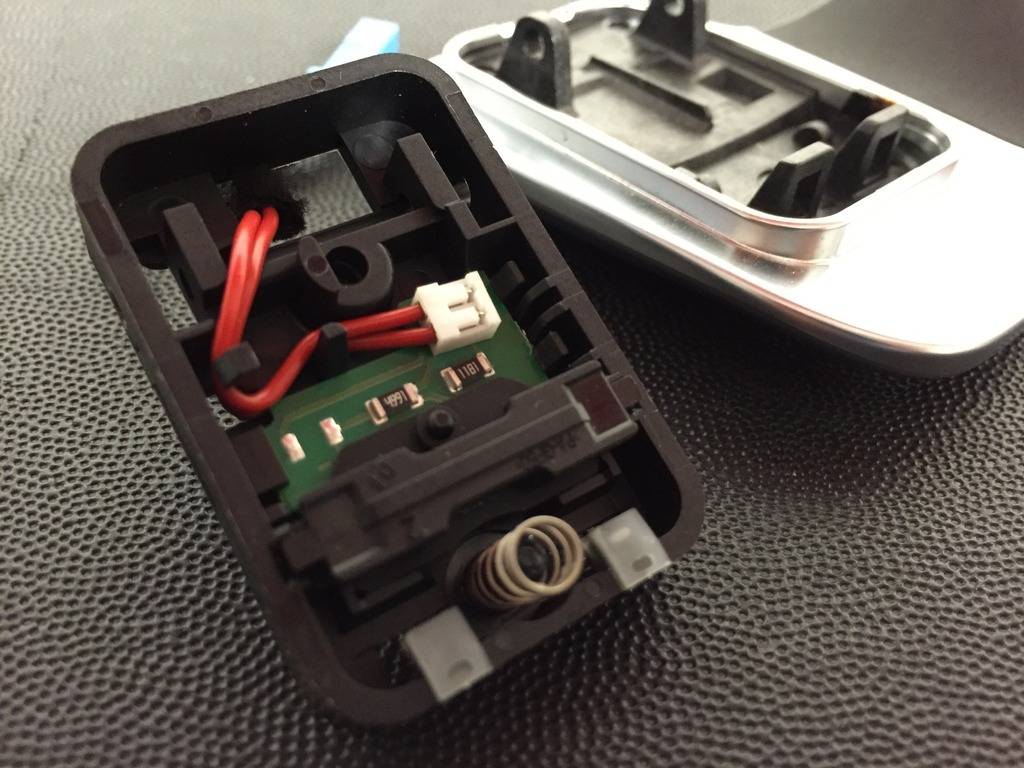 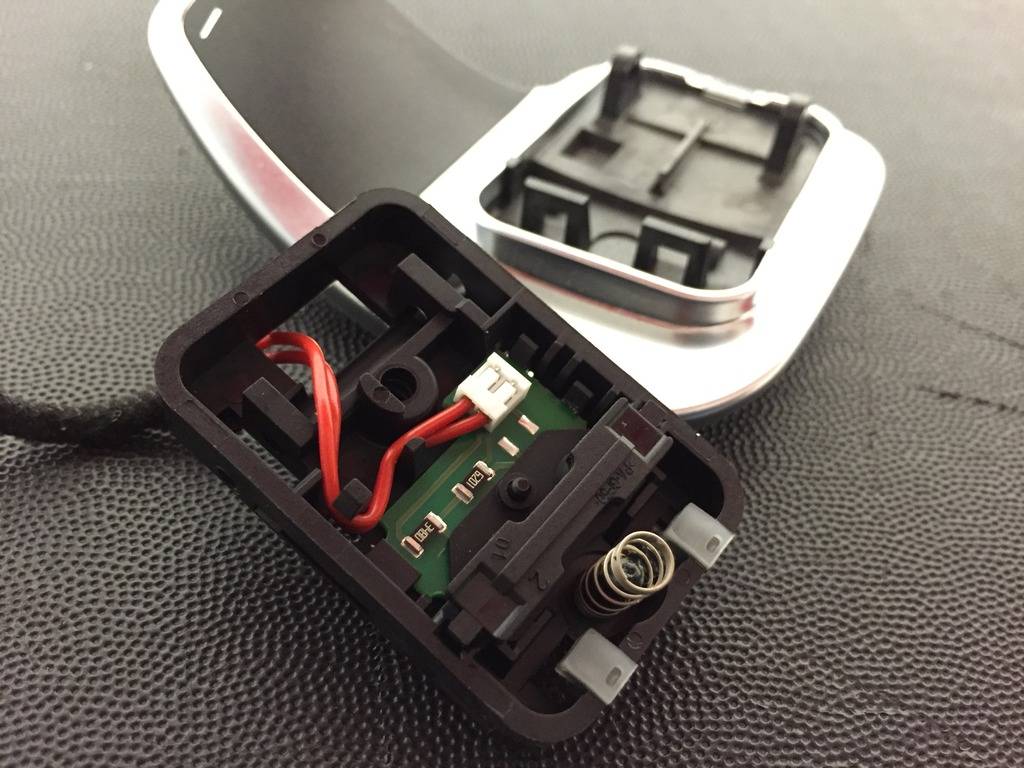 I got my hands on a pair of F10 LCI paddles to meter out, the specs I found are as follows:

Photo of the F10 LCI paddles showing resistor configuration on the PCB. 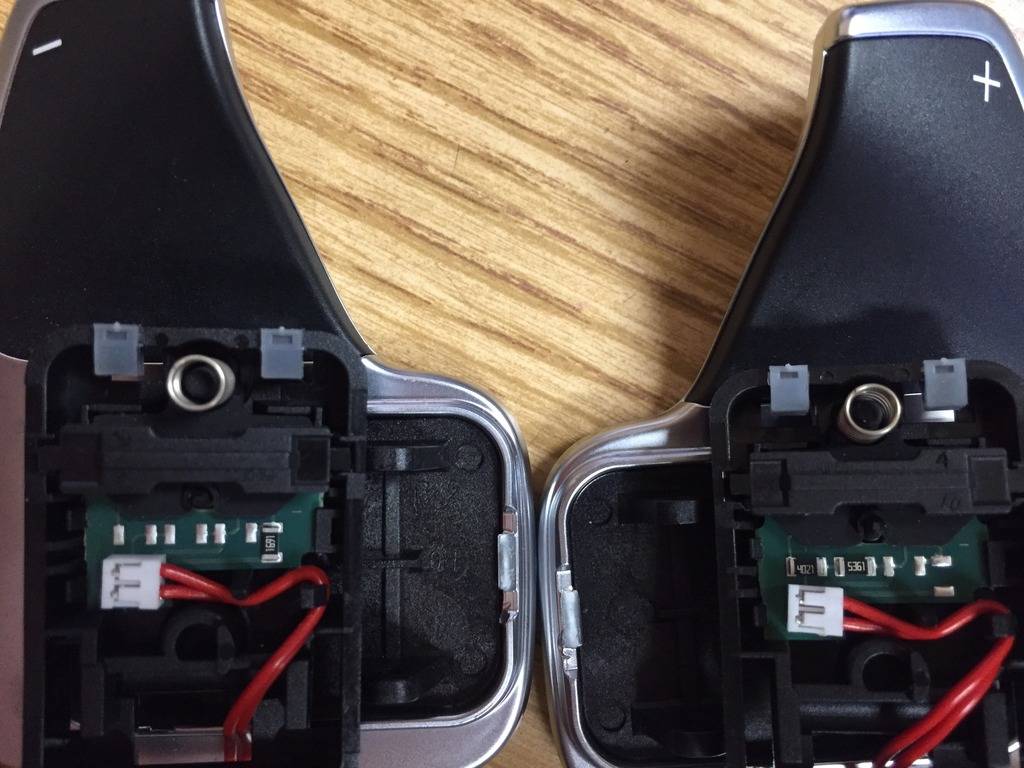 Now to go pickup 3 1206 package SMD resistors in the values needed and solder them onto my F30 paddles in the correct circuit configurations.
Reactions: doublespaces
You must log in or register to reply here.