Just a bit of engine swap

So Im halfway through my swap and figured Id make a post on it.
In October I was participating in a half mile event with a few other Bmw guys including Omar. My car is a single turbo auto car running 30psi, so naturally I was watching my trans temps and worried about it slipping. It wasn't till I was looking back at my logs did I realize my Iats were hitting 200+. Im putting the blame of high Iats on my 10 year old 6in intercooler. It worked great at fbo and when I threw the single on with low boost I didn't notice anything odd, so I didn't look when I turned it up to 30lbs. That was my mistake and it cost me.
I did 3 runs that day, First I was spinning kinda bad (it was still dusty on the runway) Second run I popped off the evap line on the intake manifold and the car went into limp mode. Third run it broke shortly after going into 5th. I think I was more annoyed that day that I didn't get a solid run in before it breaking. I hit 163mph on the run it popped and that was my best for the day. 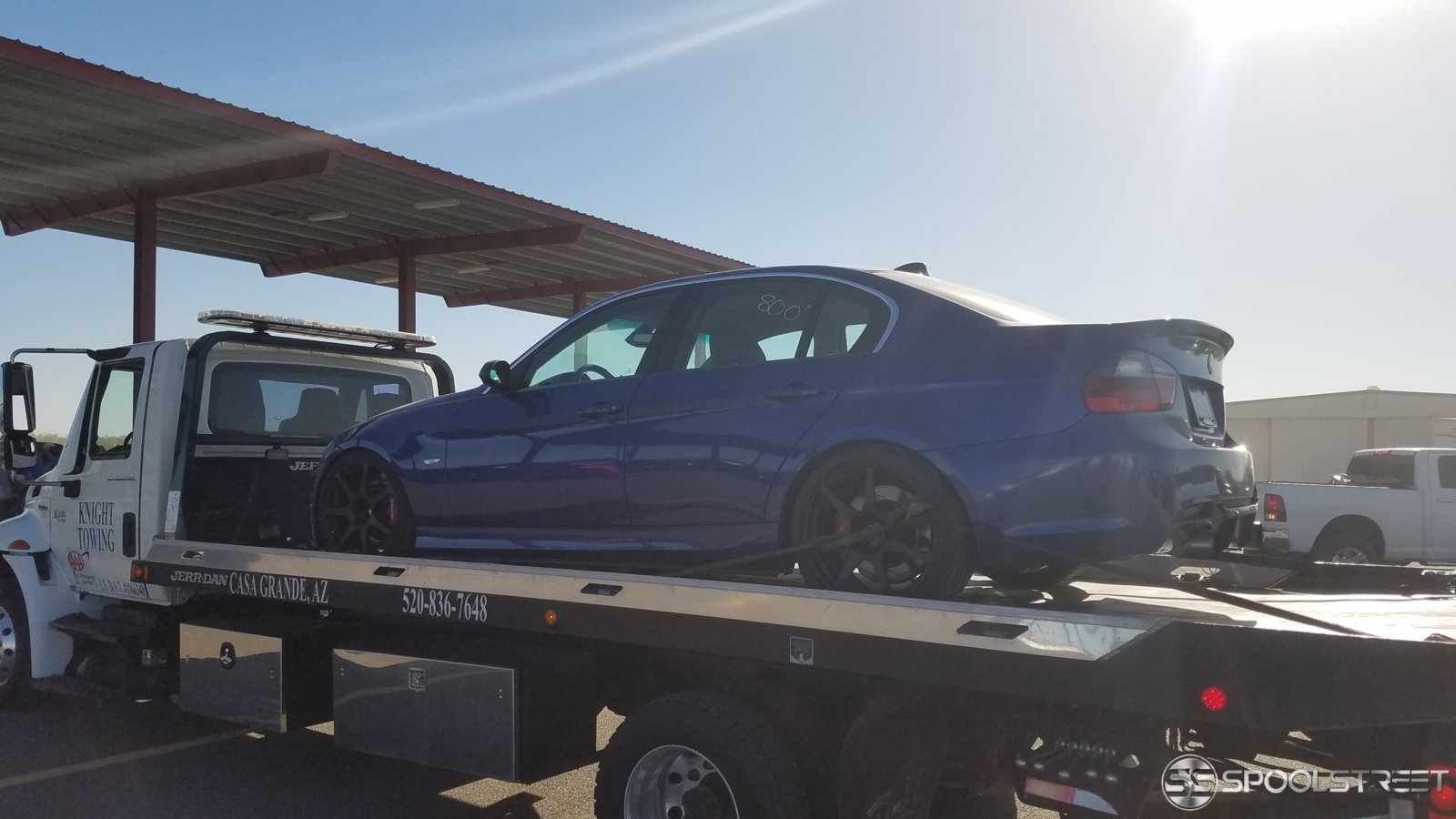 So within a few weeks I had the new engine. It was pulled out of a 335I that was sent to auction from the dealer. Has 77k miles on it which is 30k less than my car so that's a win to me. 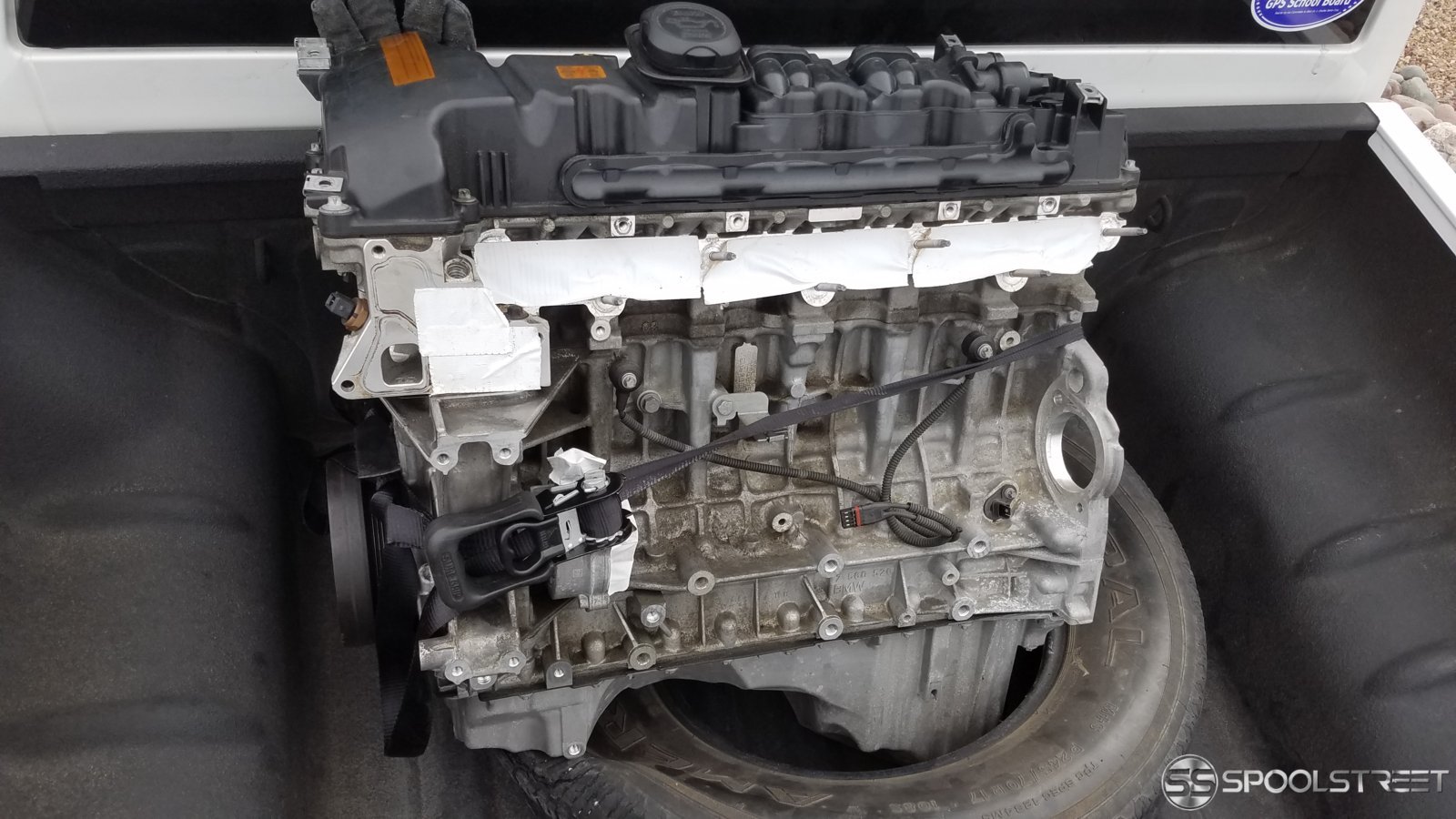 Then a week later I pulled the engine/trans out of my car. It was relatively easy honestly. Took me 3 days of a couple or so hrs a day. 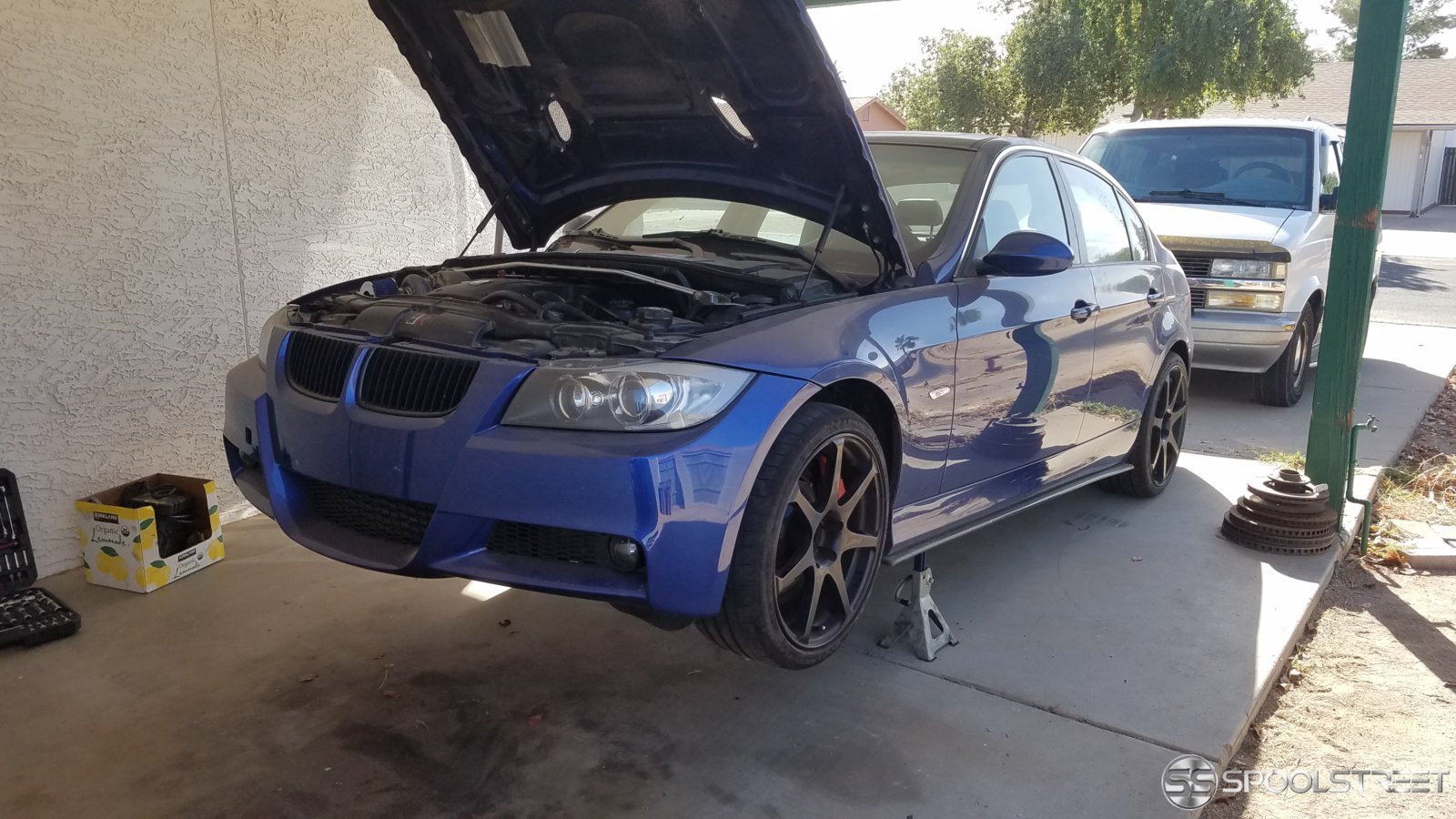 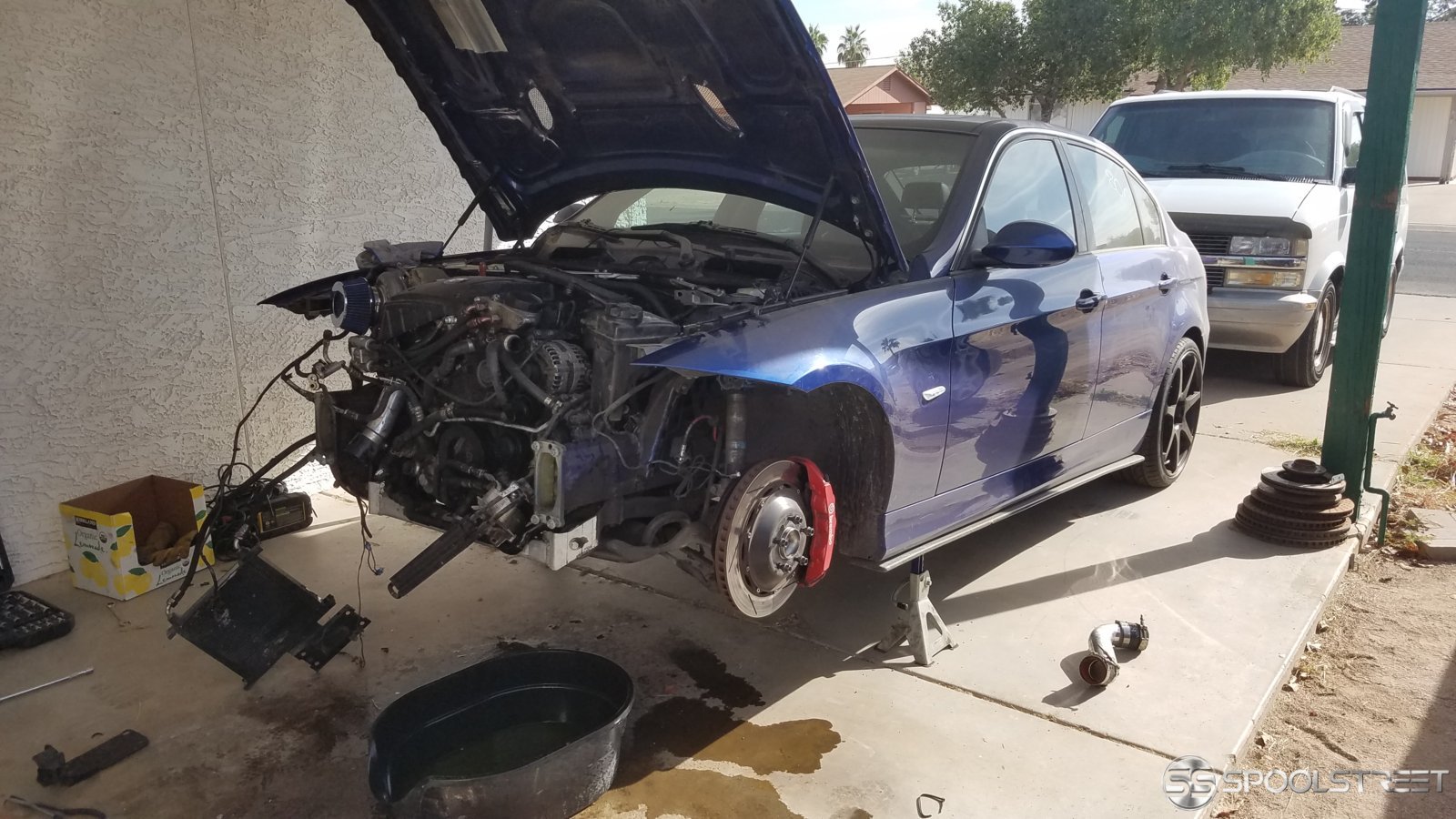 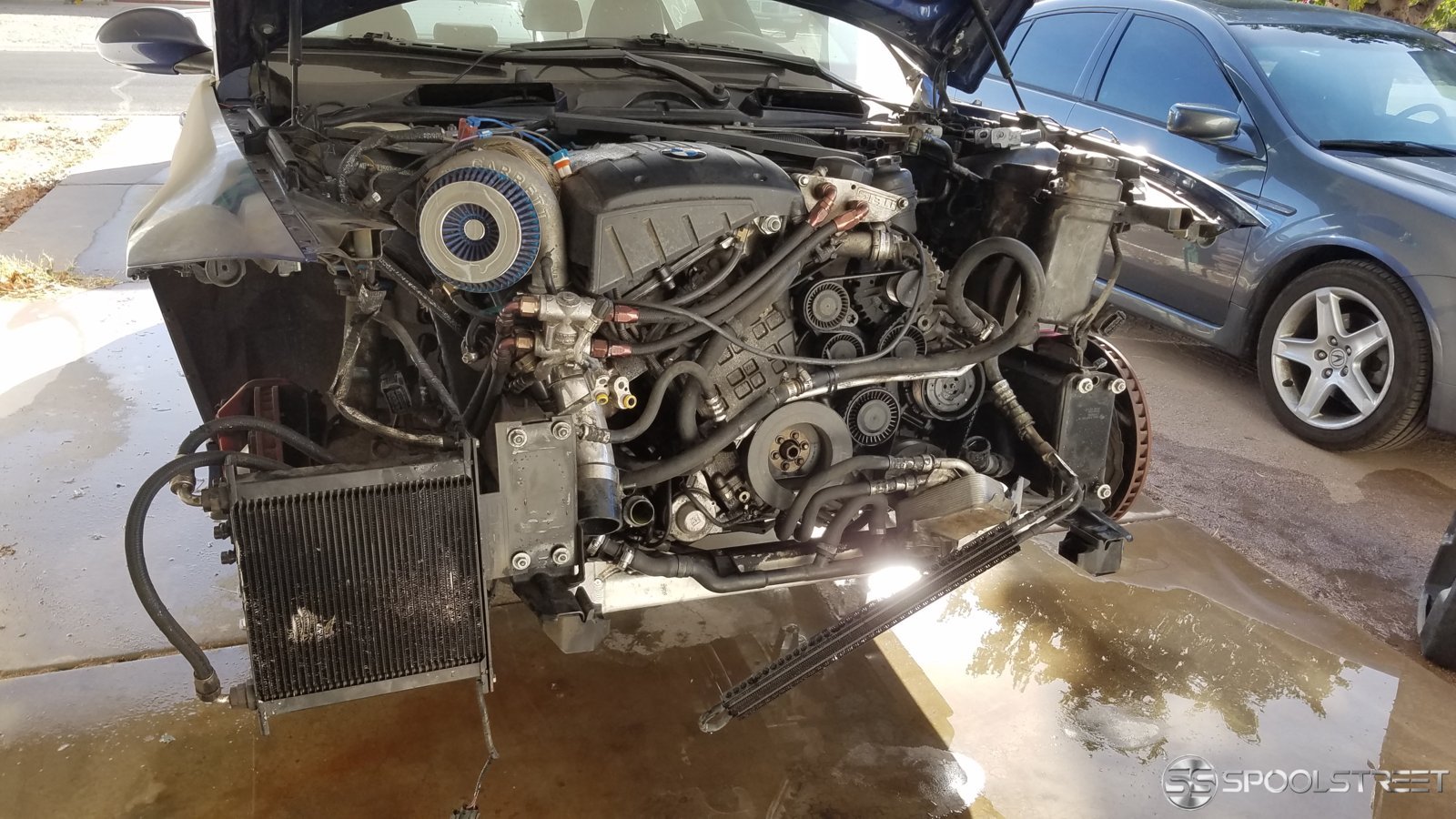 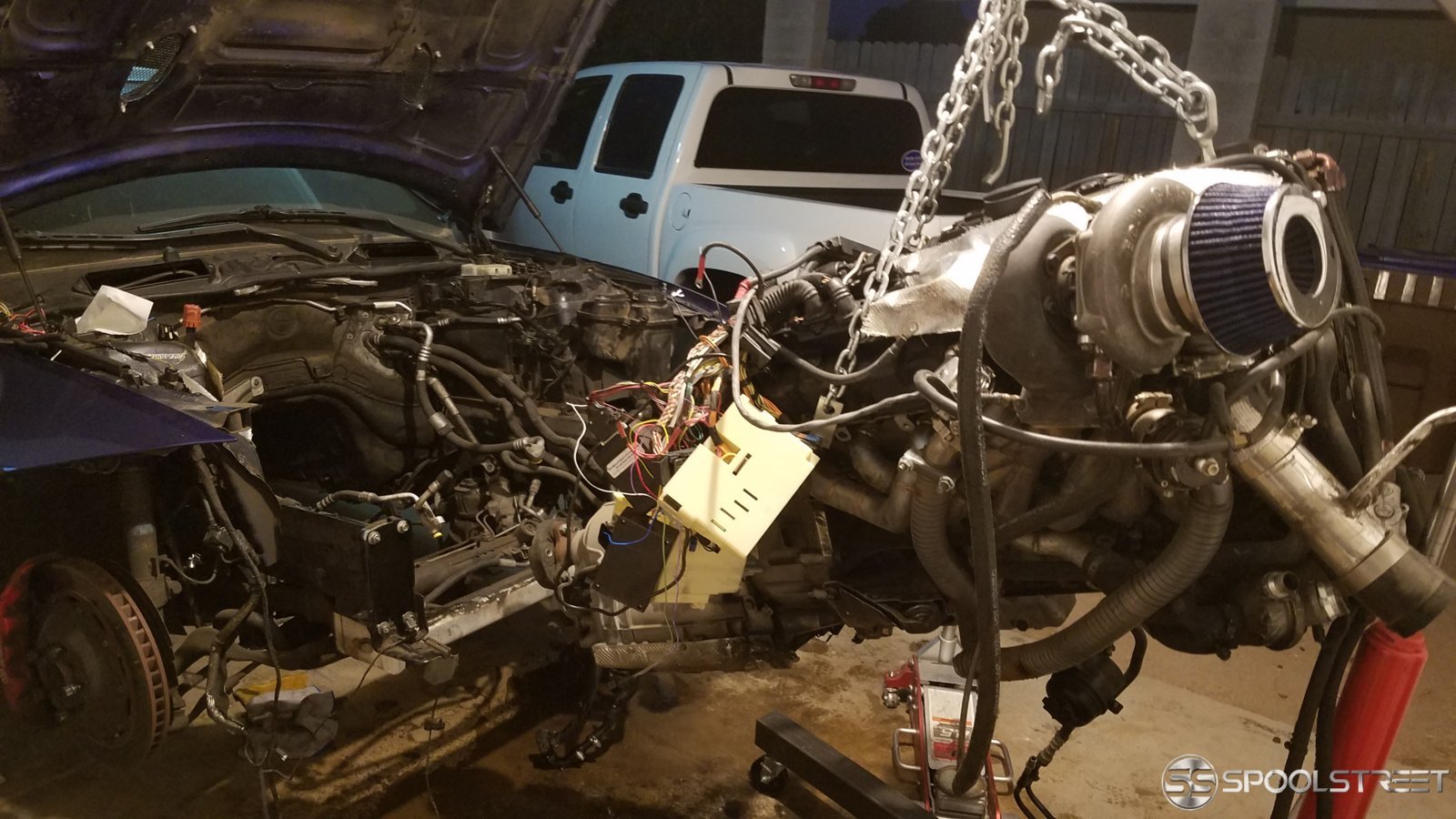 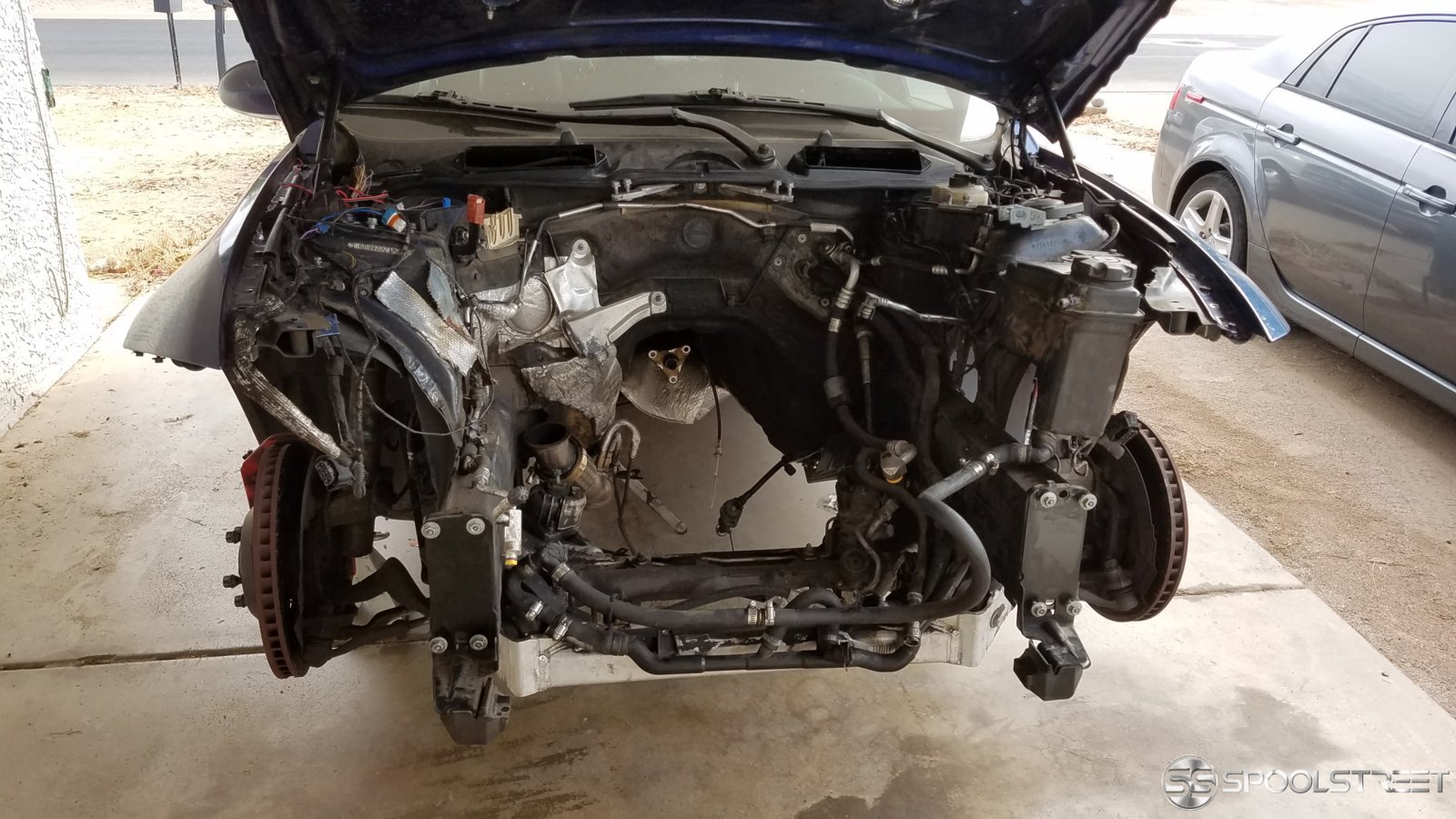 I ended up taking the engine to my dads to work on it. He has a nice garage in the back of his place and I really dont have room at my house. 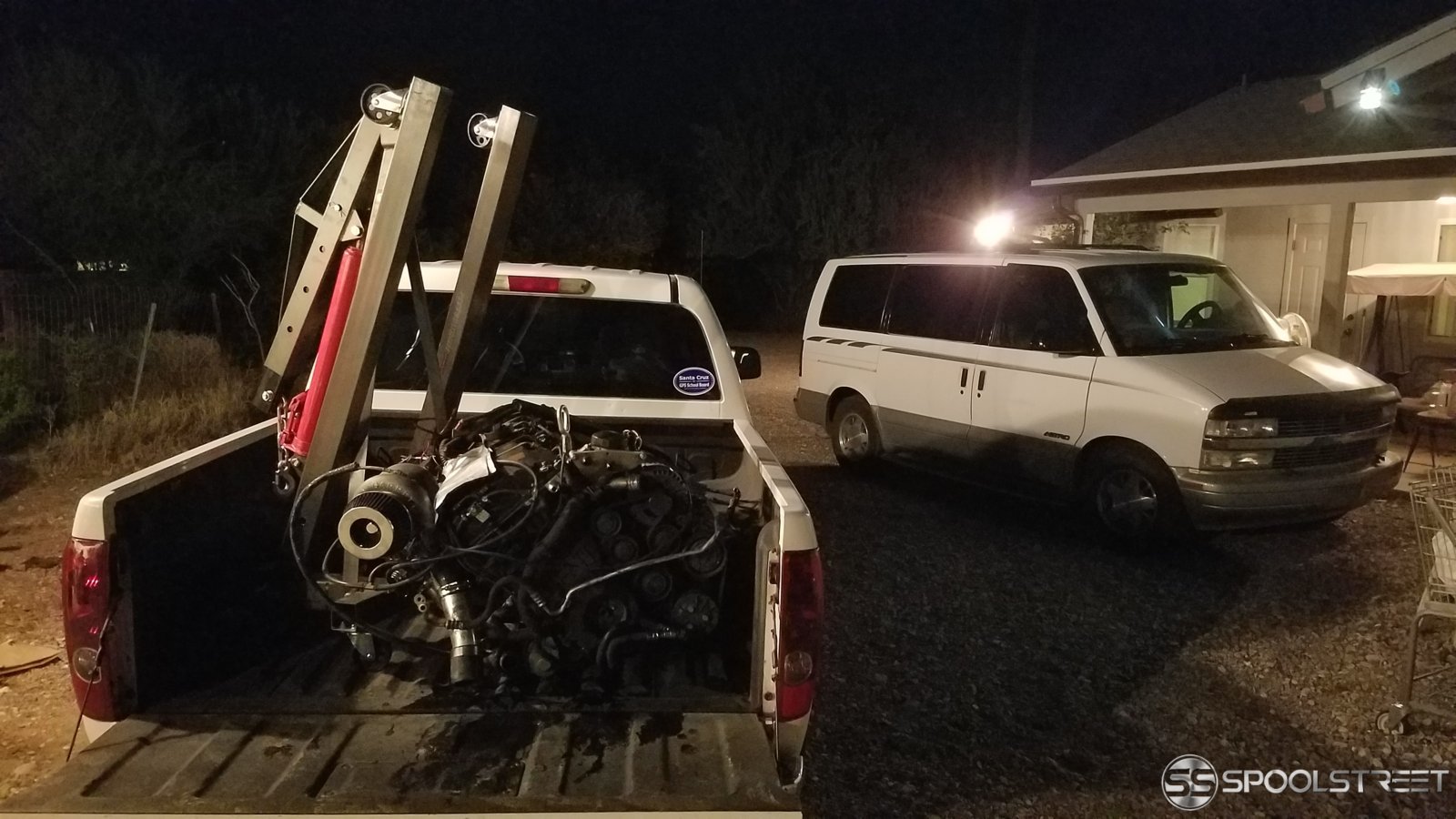 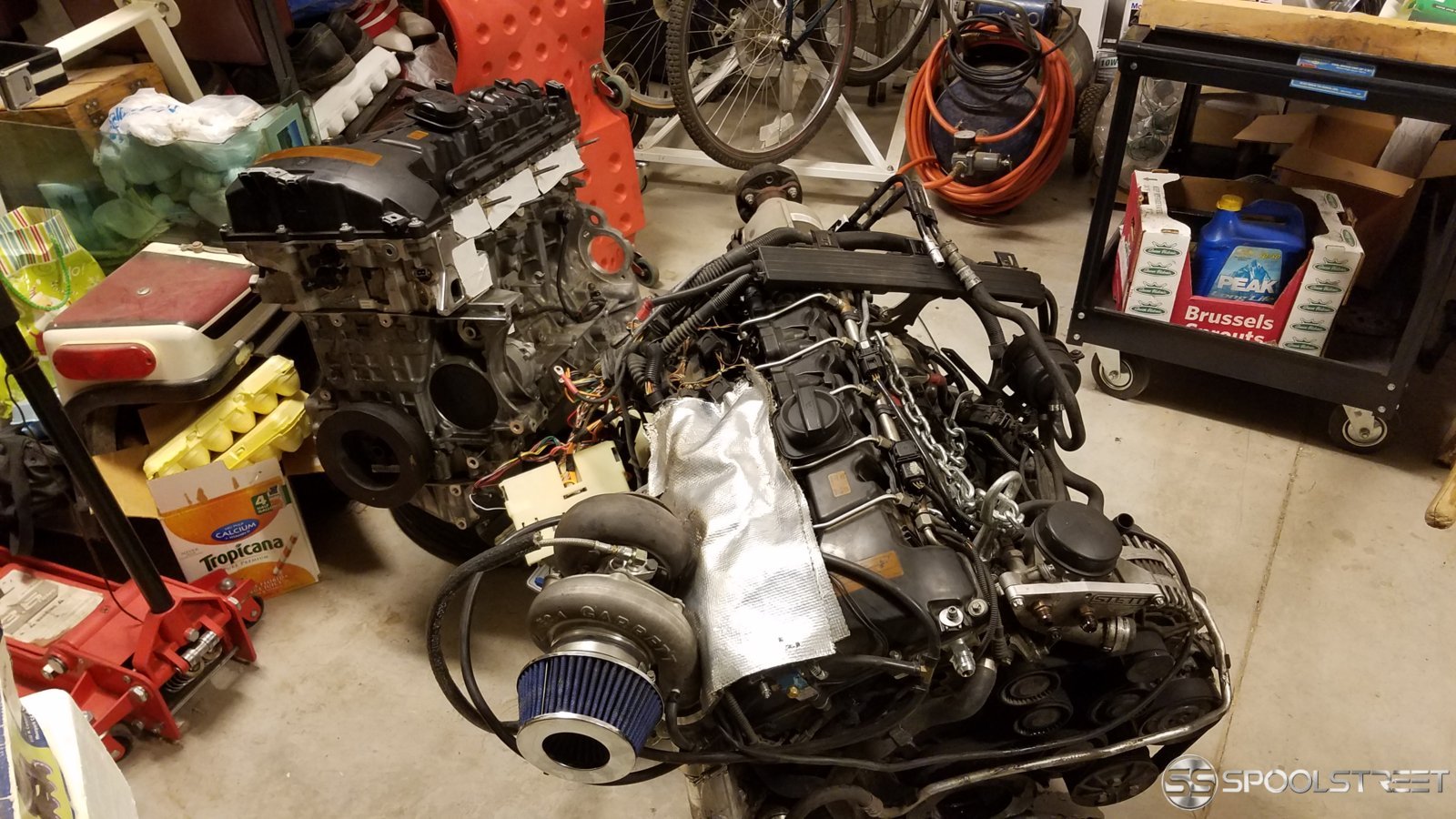 Then a week later, my second son was born. This project came to a halt. It took over a month for me to start working on it again. 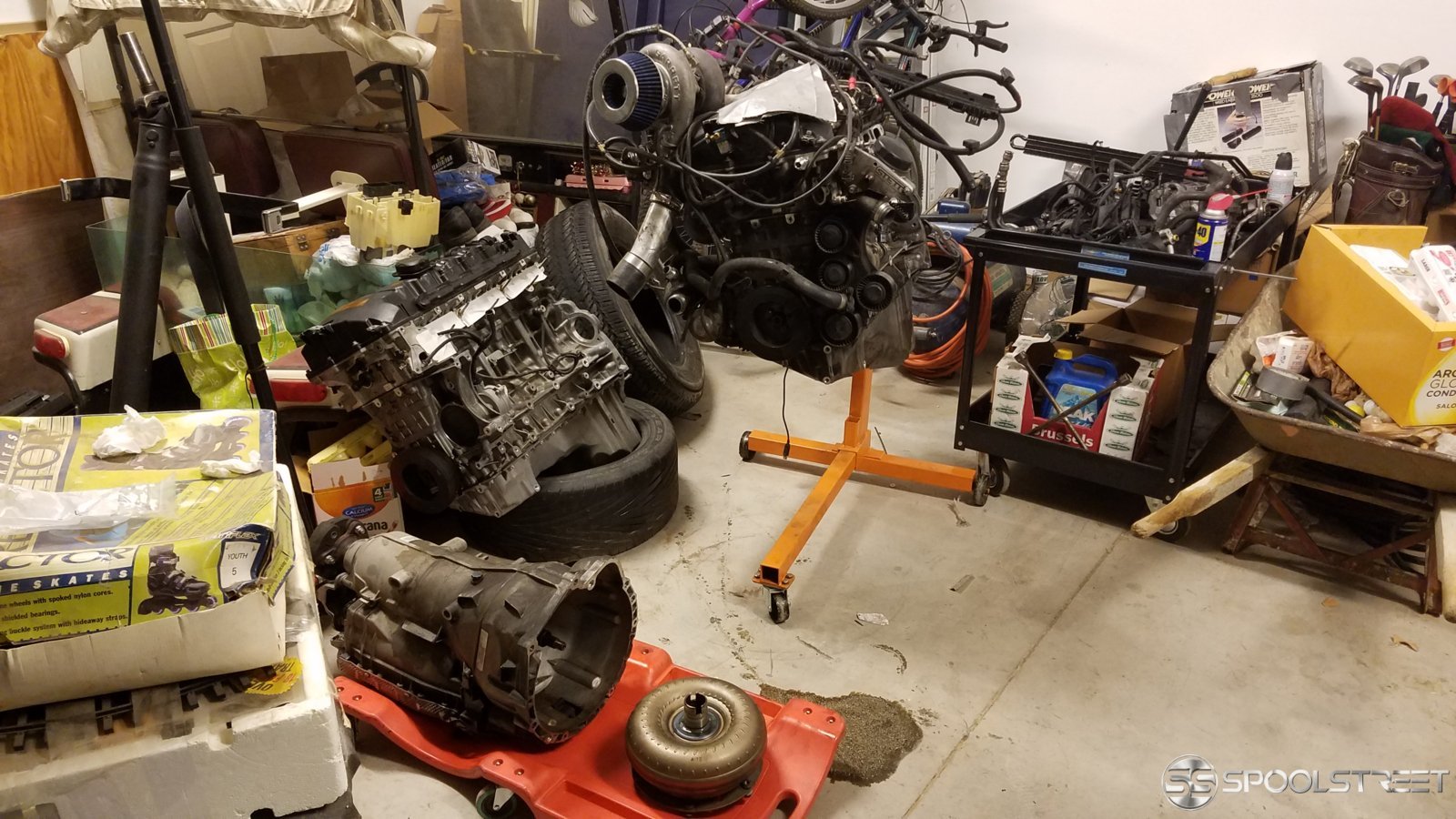 Manifold still looks good. I hear a lot of hate for JP but its worked well for me. 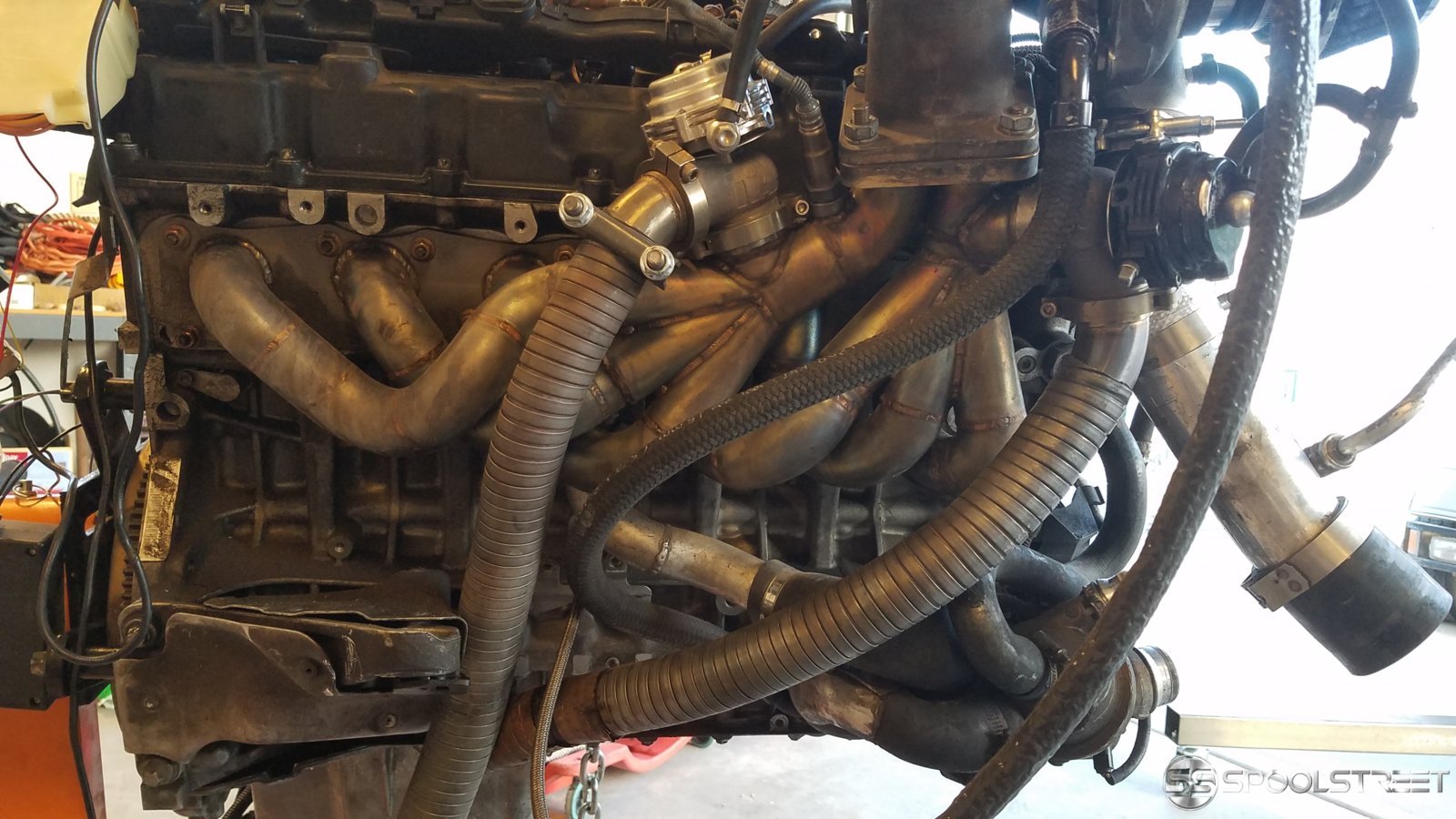 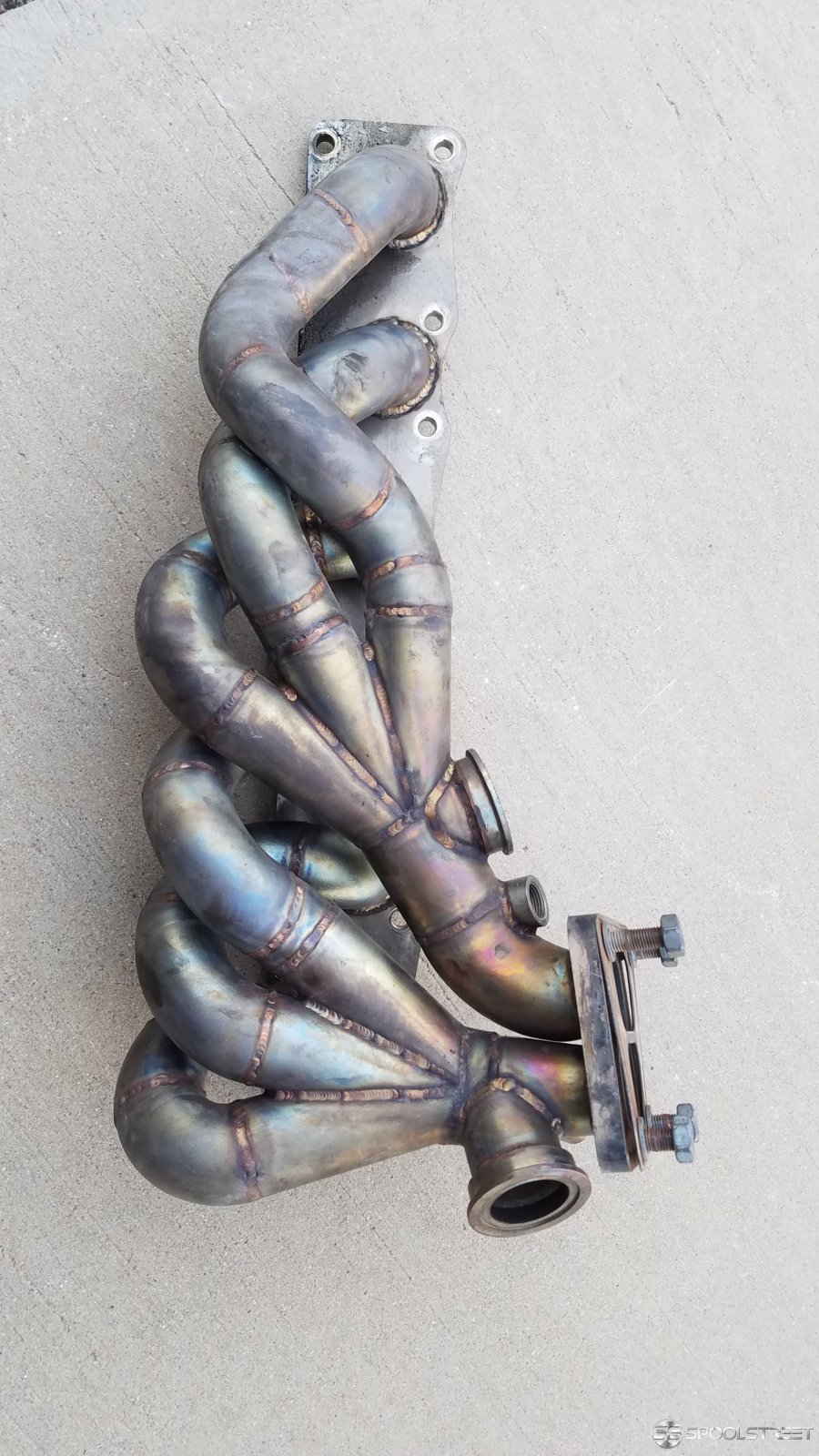 With everything I needed off the old engine I took it to Omar's place of storage. The next day we took it apart to see the damage. Piston 3 was pretty busted. All the other piston and cylinders look pretty good tho. Even cylinder 3's walls were not that bad, couldn't even feel the scoring with your fingers. 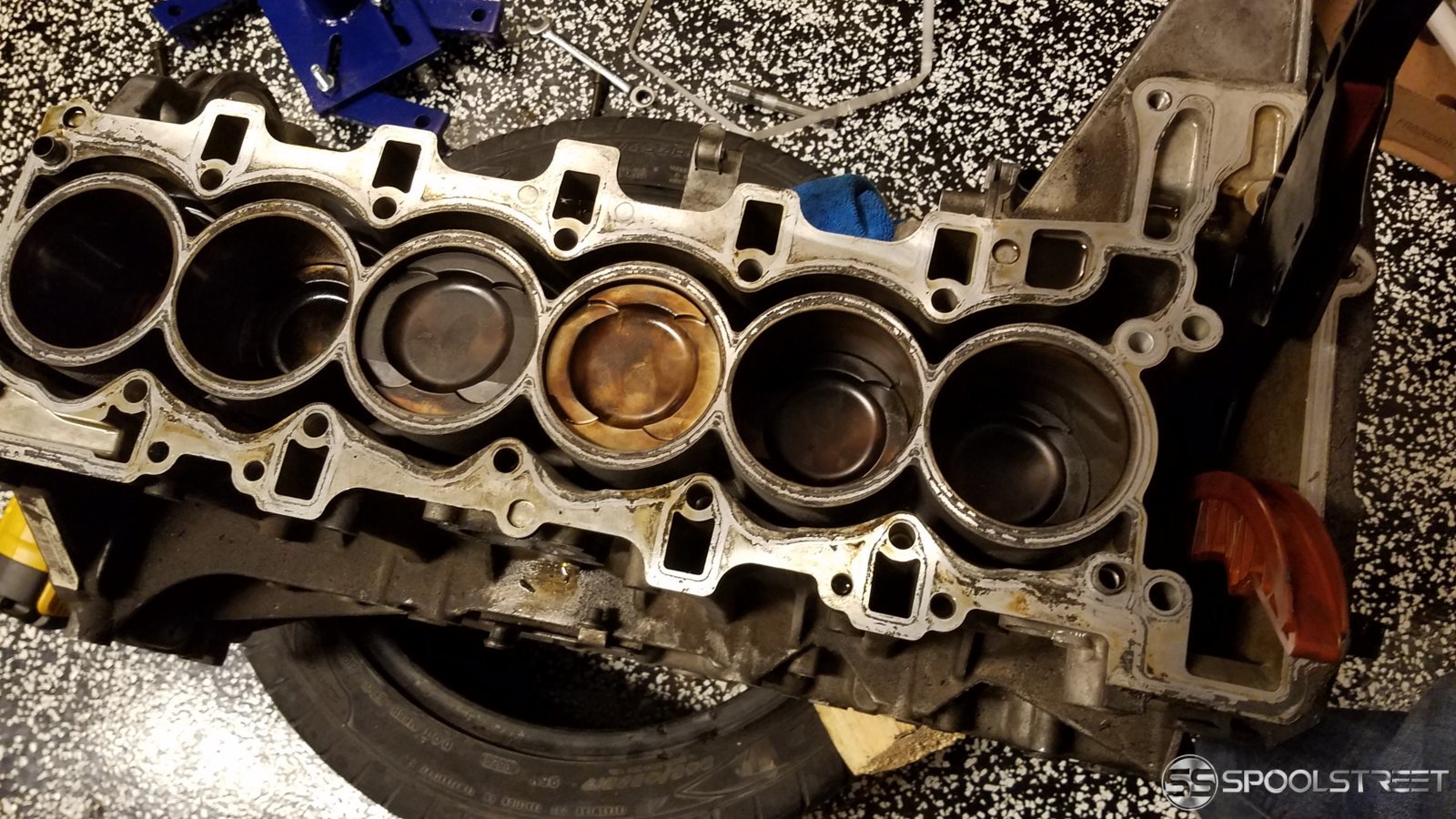 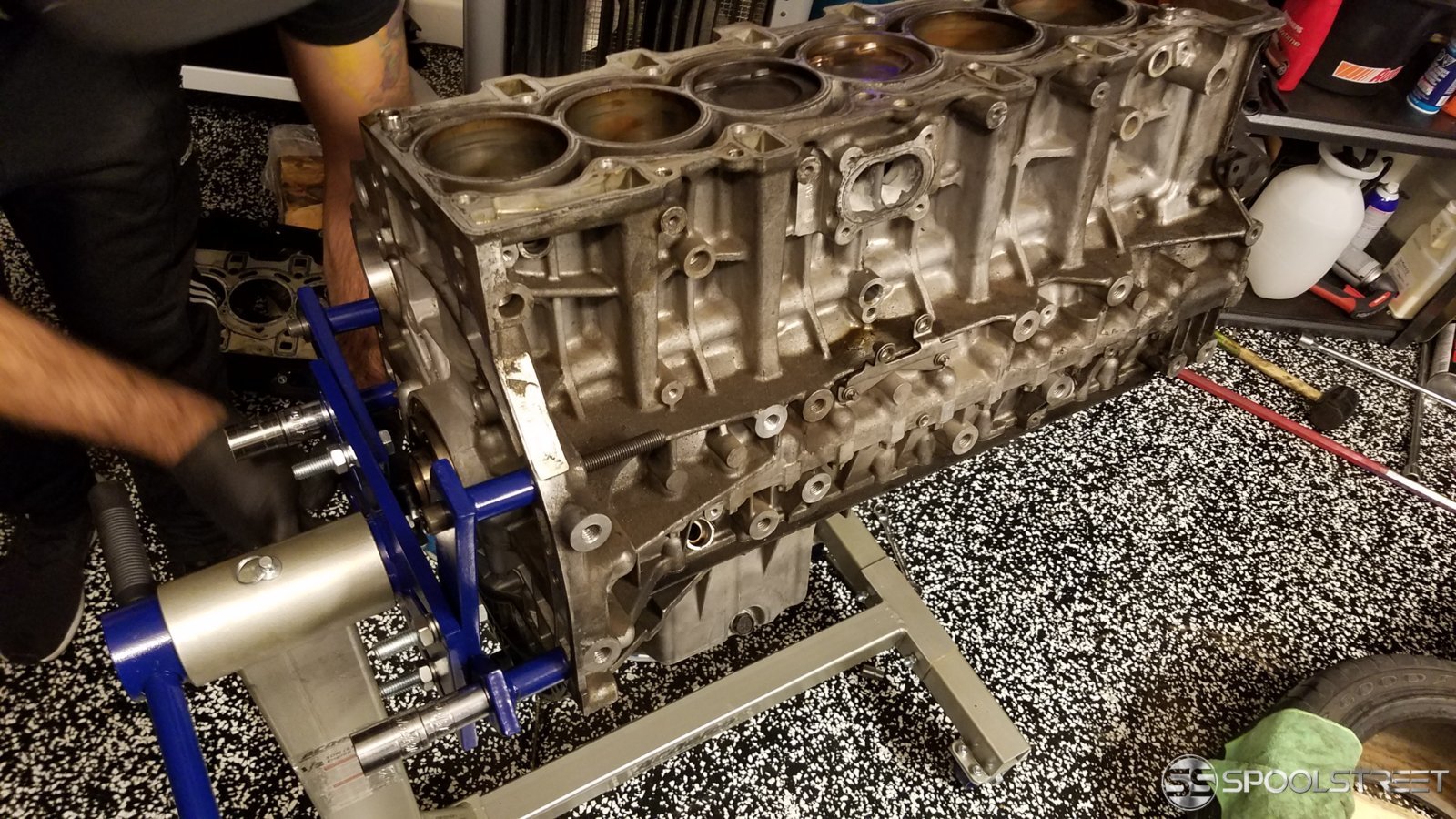 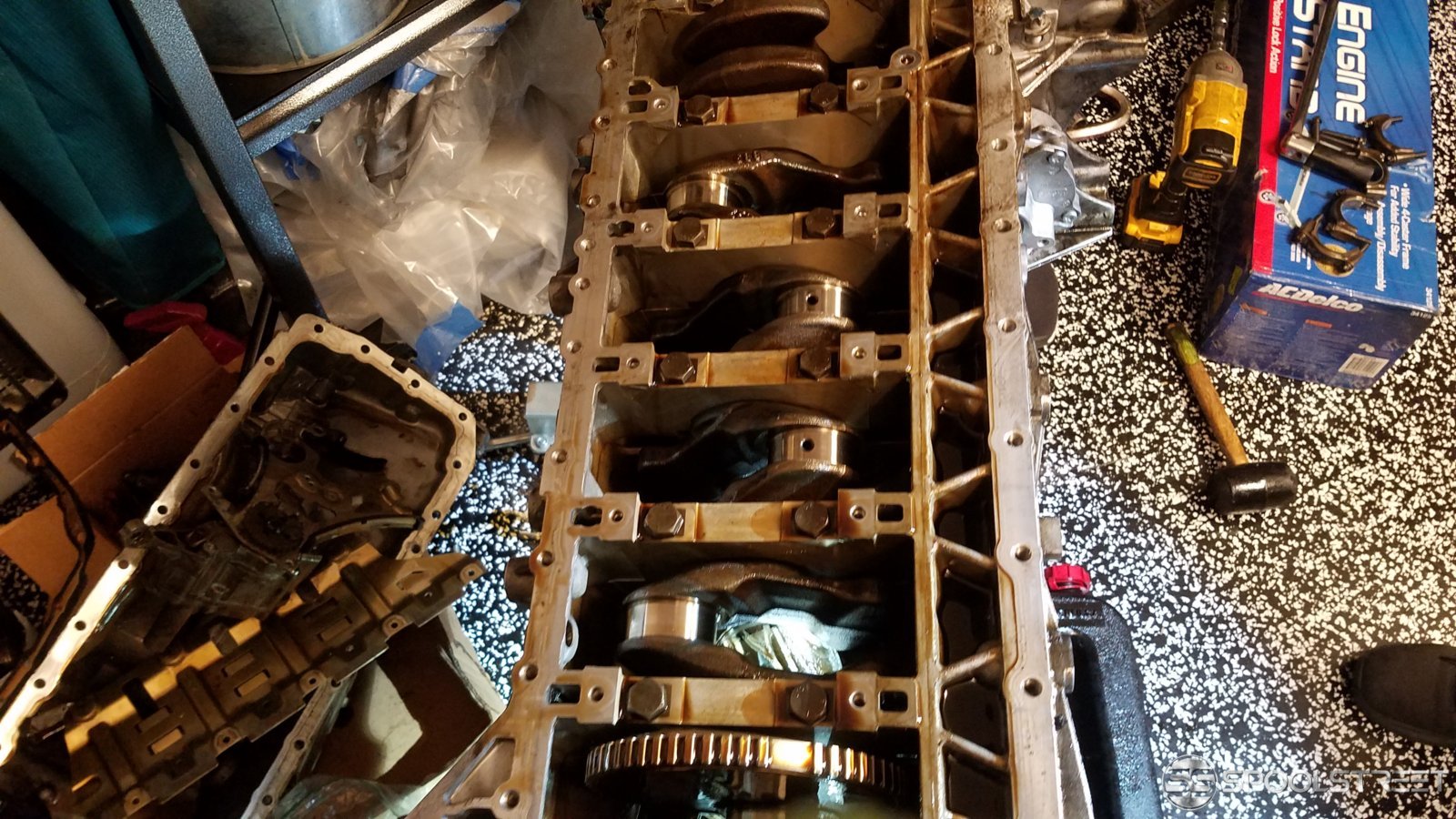 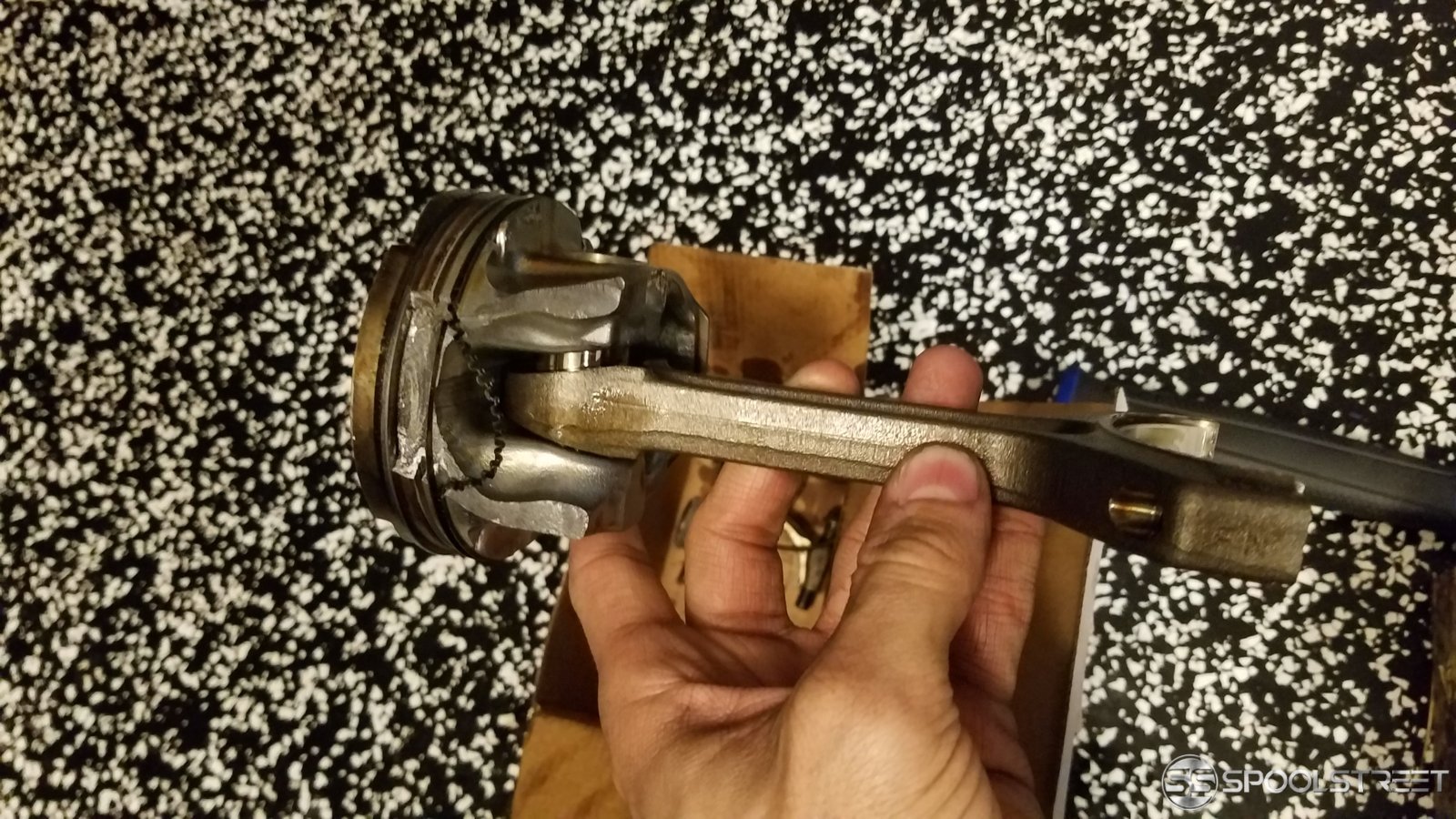 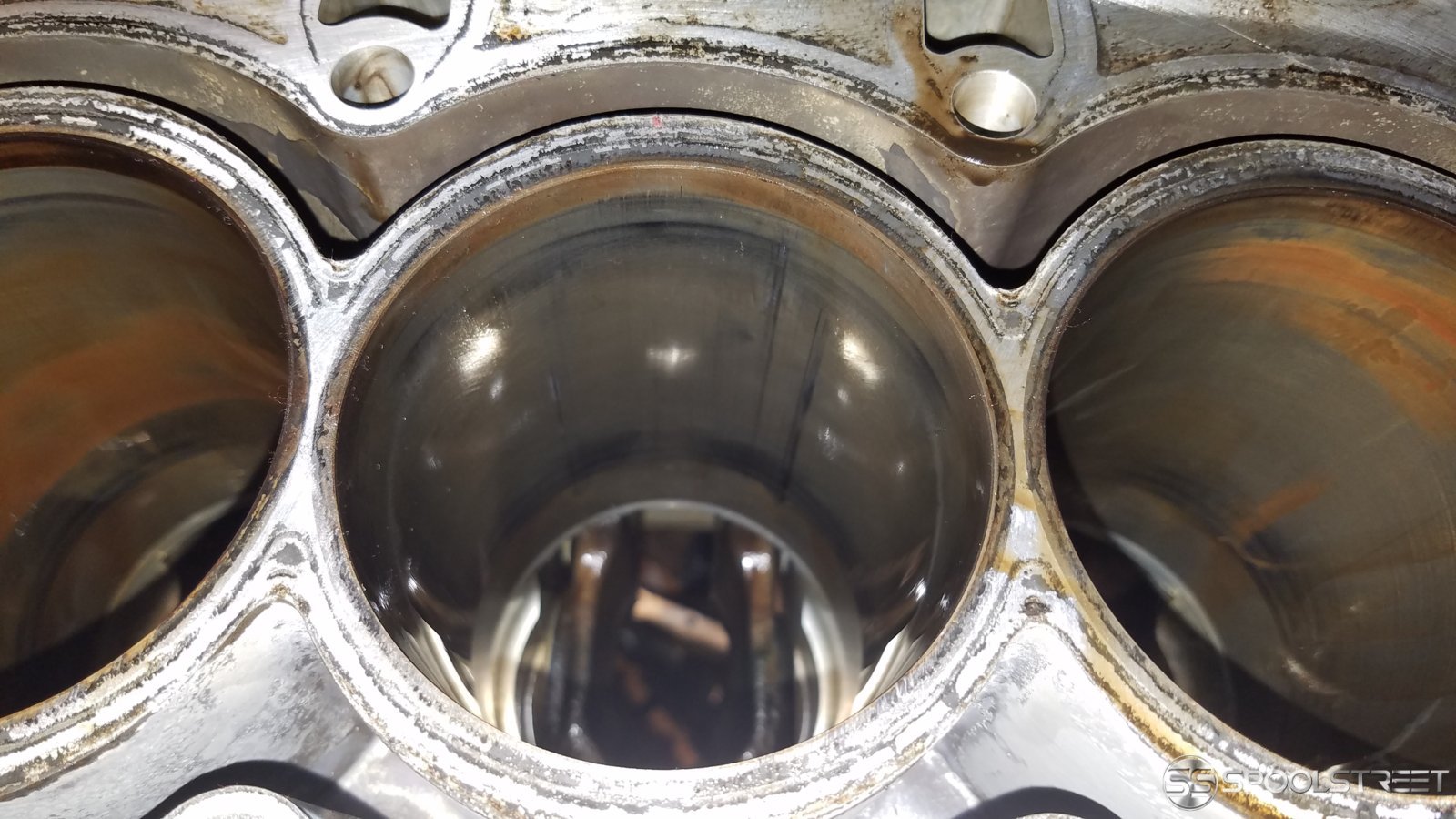 The video I linked below is a small collage of all the clips Ive taken over the past 3 months.
Hopefully Ill have it all done by the end of next month. Just need a new intercooler, trans cooler, and some seals. Then putting it back in.

Nice journal, basically you're going through what everyone holds their breath on every pull. How much left on that 'stack' of crap of accessories?
Reactions: The Banshee

doublespaces said:
Nice journal, basically you're going through what everyone holds their breath on every pull. How much left on that 'stack' of crap of accessories?
Click to expand...

Its just about done. Just need to adjust my wiring harness. I pulled it out to clean it up. I hate how it looks.
Reactions: doublespaces
Show hidden low quality content
You must log in or register to reply here.