@doublespaces - I've been unable to find this feature, if it exists. It would be awesome to be able to mark a specific post as a personal favorite. Then I could tag posts that were particularly relevant to me and have a library, so-to-speak, to go back to those in my profile page. Marking a post is sufficient (no need for marking a whole thread, since any post is de facto in a thread).

This feature exists on our new update. I have been waiting nearly a year for some integral software to drop which makes this update possible, and iIgot an alpha version last night I'll be using on a test server. Over the next two to three months I hope to update this site with it as well. That is when we will see some cool new stuff pop up I've been holding onto.
Reactions: Torgus, NoQuarter and fmorelli

Here is a preview: 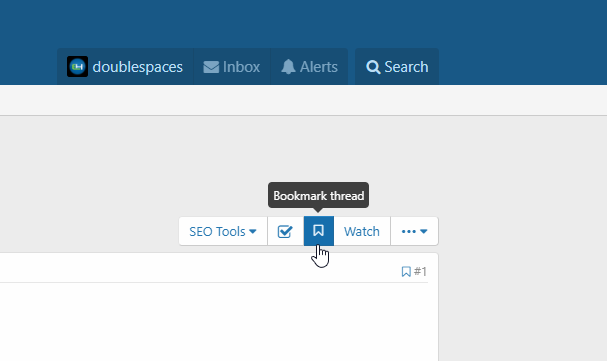 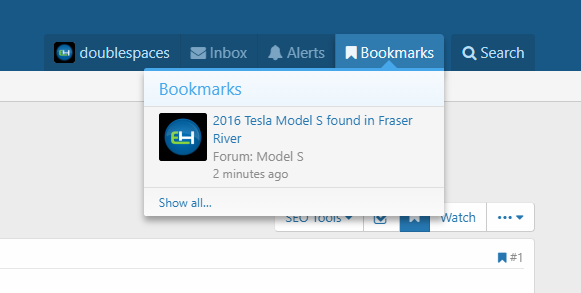 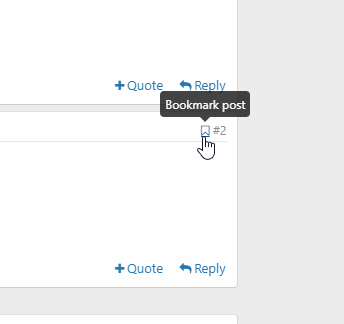 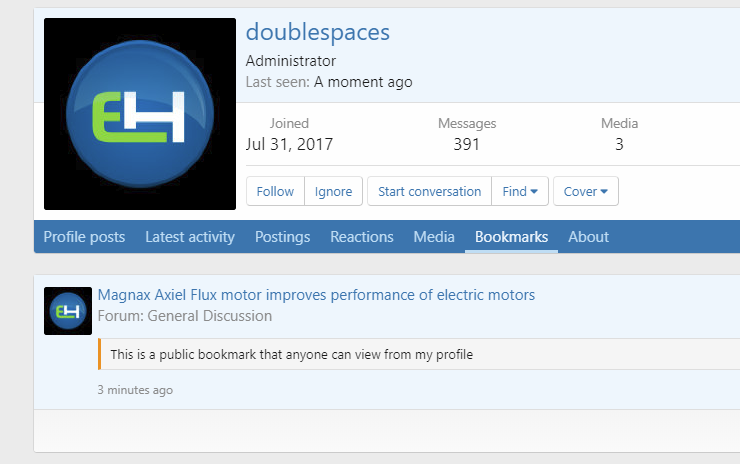 If you could name this upcoming version, Godot would be apropos. This "integration" seems to have been a royal pain in the ass for you, @doublespaces!

fmorelli said:
If you could name this upcoming version, Godot would be apropos. This "integration" seems to have been a royal pain in the ass for you, @doublespaces!

My site structure has been causing the delay as it is uncommon, hope to have all software compatible enough to at least test without site breaking errors soon. I don't code it so I'm at the mercy of other devs.

Oh and I'm not naming it Godot. It feels like it, but I don't want to jinx it
Reactions: fmorelli

You need to hack a tunah

glyph into the emoji set.

As an update, the Bookmark feature is now active. At the top right of a thread and each post there will be a little ribbon. Your bookmarks are at the top of the page in the navigation.
Reactions: fmorelli and langsbr

Thanks ... just getting comfortable and I need to explore. Curious as it seems some of the "like" options changed? I suspect you have a rationale.

fmorelli said:
Thanks ... just getting comfortable and I need to explore. Curious as it seems some of the "like" options changed? I suspect you have a rationale.

Also, the options have changed, but they will have at least parity with the old ones. Just haven't gotten to import the old sprites into the system. Don't worry, poop emoji and laughing with tears shall return.
You must log in or register to reply here.