Hi guys, I thought I would share some news on what we've been working on at the shop. We have ourselves a new player in the N55 upgraded turbo game. With such great results with the N54 turbo kits I figure why change things. There have been some tweaks but the new kit is practically the N54 kit. We just had to make some small adjustments to accommodate the new chassis. Still using Precision ball bearing turbo, dual Tial MVS wastegates, multi-piece v-band manifolds. So we know the kit is easily capable of 700+ hp. But we also know the N54 motor is known to hold much more power than the N55. So we have decided to use a smaller 6062 Gen2 turbo which will max out at 650whp but will produce a very factory like spool.

So far I have only put a few miles on the setup. I am running only off the wastegates right now which is set at 10psi. Terry has sent me the single turbo firmware for JB4 so hopefully I will have time to load that up this weekend and start to control boost.

I am also working with Precision Raceworks with their fuel components to get some good fuel in before we hit the dyno.

More info to come but for now I will leave you guys with some pictures. I will have some videos soon also to show how the exhaust sounds with a tubular manifold and open wastegate 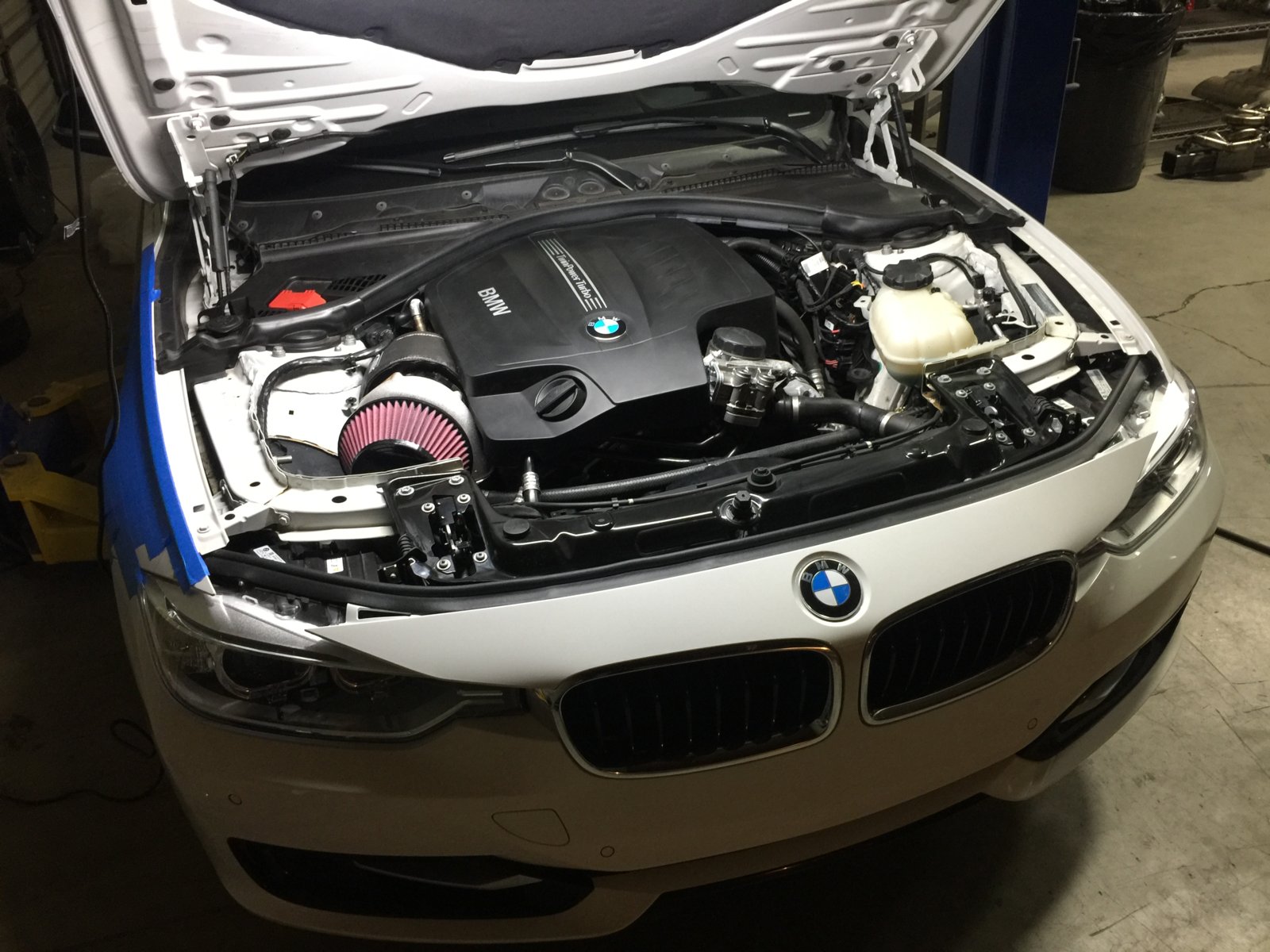 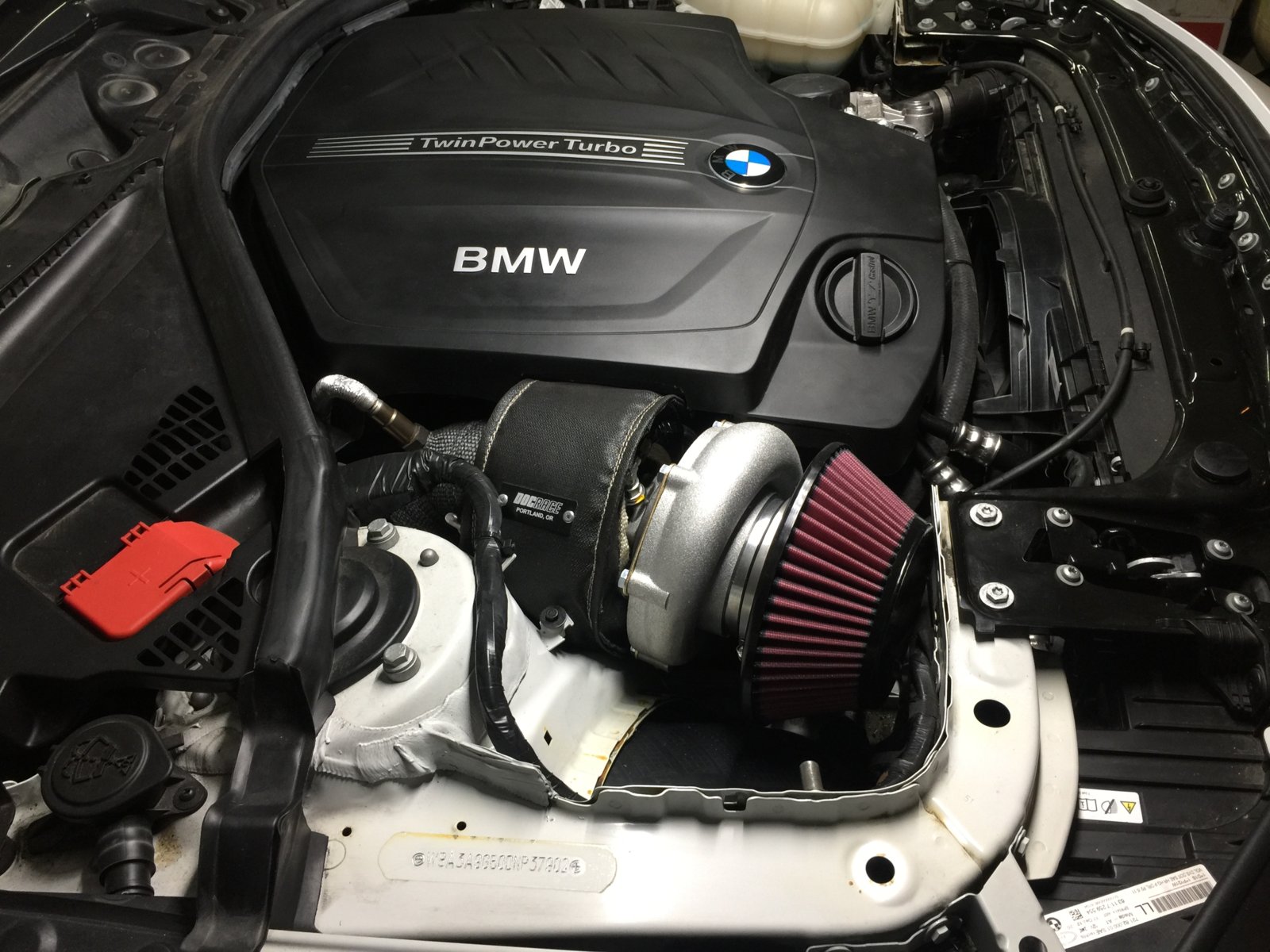 It's a tight fit but it's in there. This time around we had our own shorty air filter to use versus the turbo screen we used on the N54. The engine cover has to be trimmed but as you can see it can look very factory if done right. 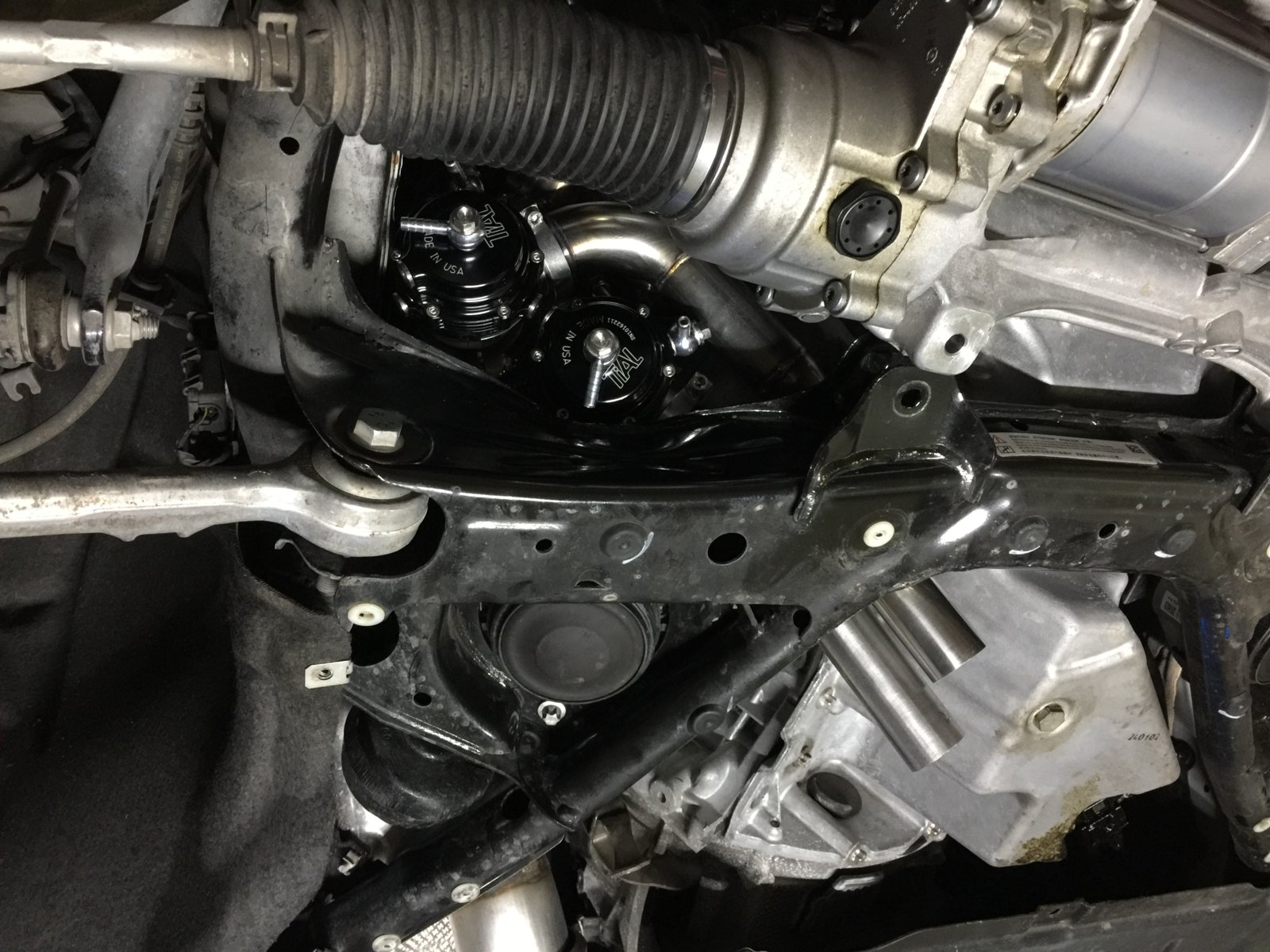 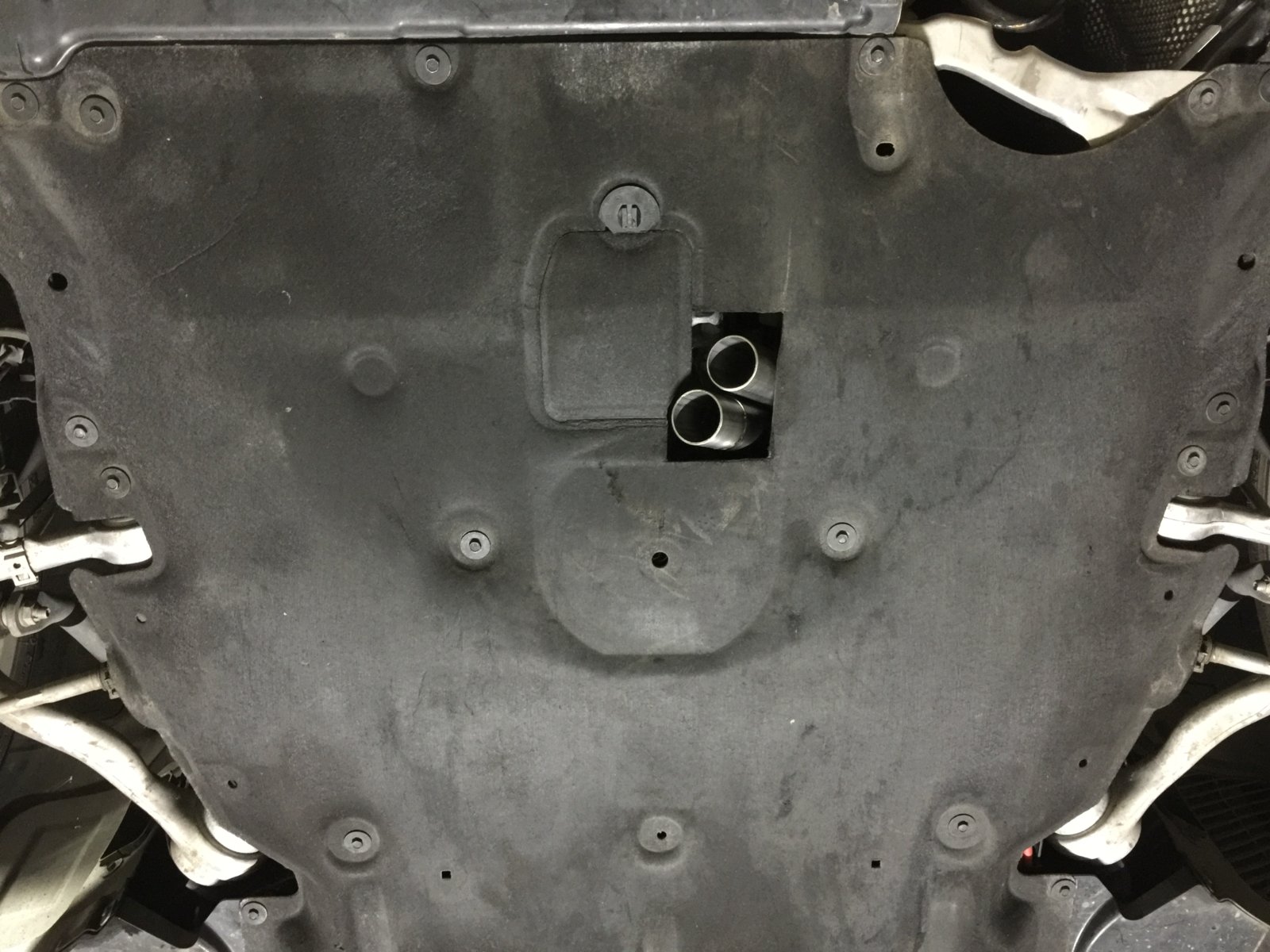 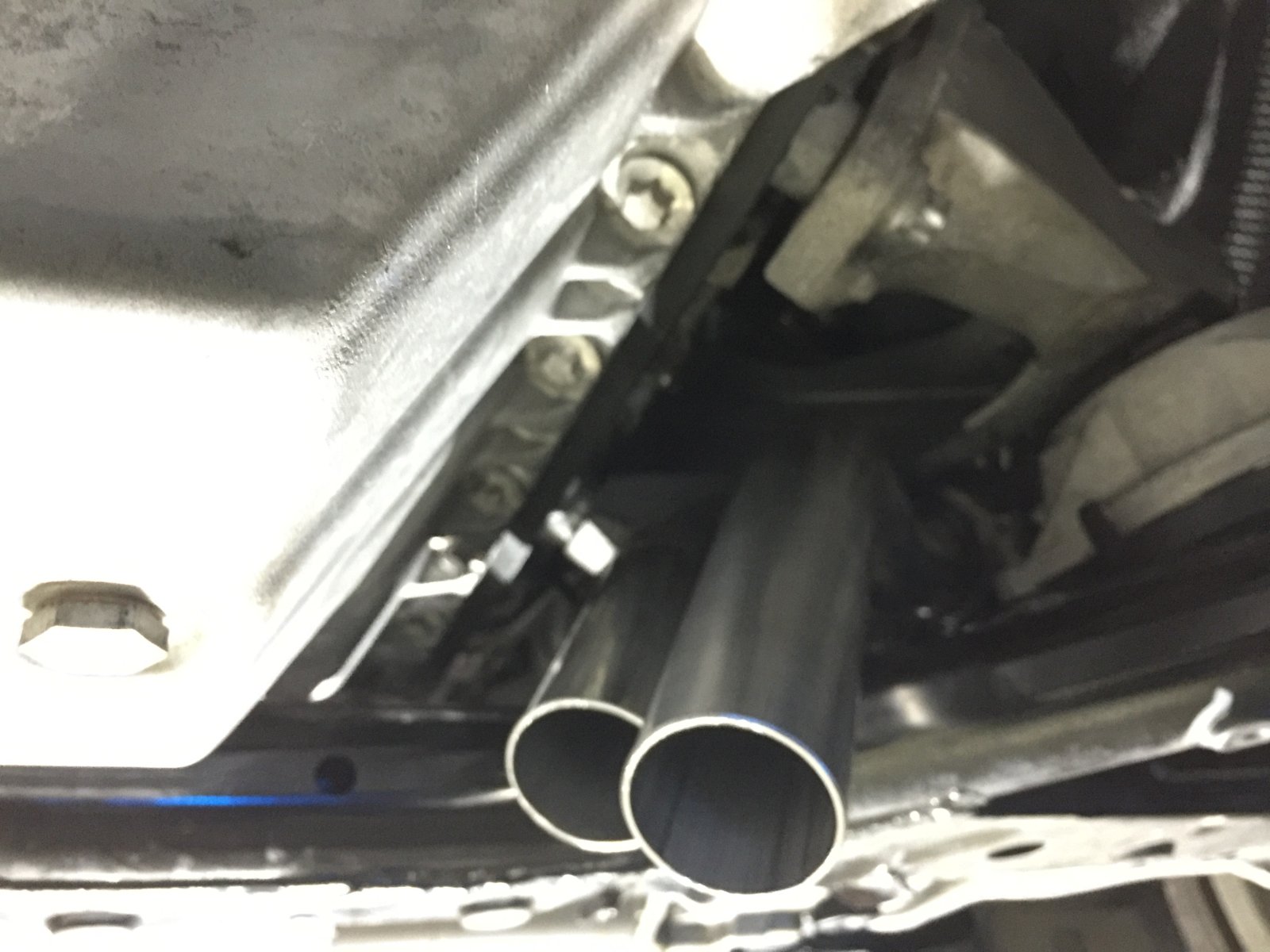 Wastegates are still mounted low and out of the way of all the heat up top. This also makes it easy to change wastegate springs without having to remove other parts of the turbo kit.

@DOC_Race I'm ready for a video

Doc, new here but Im very interested in this! Will there be a group buy in the future? Looking forward to see whats to come of this!
Reactions: doublespaces

My235XI said:
Doc, new here but Im very interested in this! Will there be a group buy in the future? Looking forward to see whats to come of this!
Click to expand...

There won't be a group buy.
J

Any update on this kit? Dyno?
Reactions: KevinC39
K

Looks like you'll have to get rid of or relocate an oil catch can if you have one?
You must log in or register to reply here.