I ordered these ACS springs last week and have had them for a few days waiting for the weekend to toss them on the car. I figured I'd make a little write up // photo story for the install.

I installed them one corner at a time, raising just the corner I was working on.

I started in the rear, where access to the upper strut mount nuts is provided by popping the speaker grill and speaker out of the rear parcel tray. I removed the headrest as well for best access. 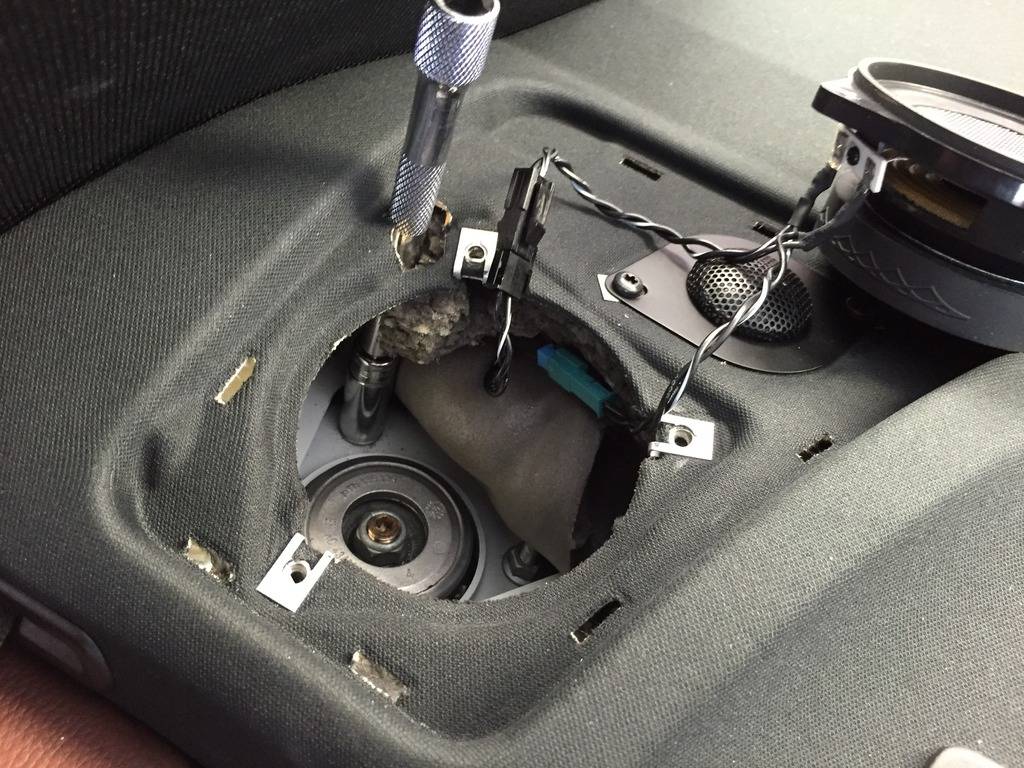 First corner with strut removed. I opted to take the fender liner out as it is way faster than disassembling more of the suspension to give you room to remove the strut. With the liner removed you have tons of room. 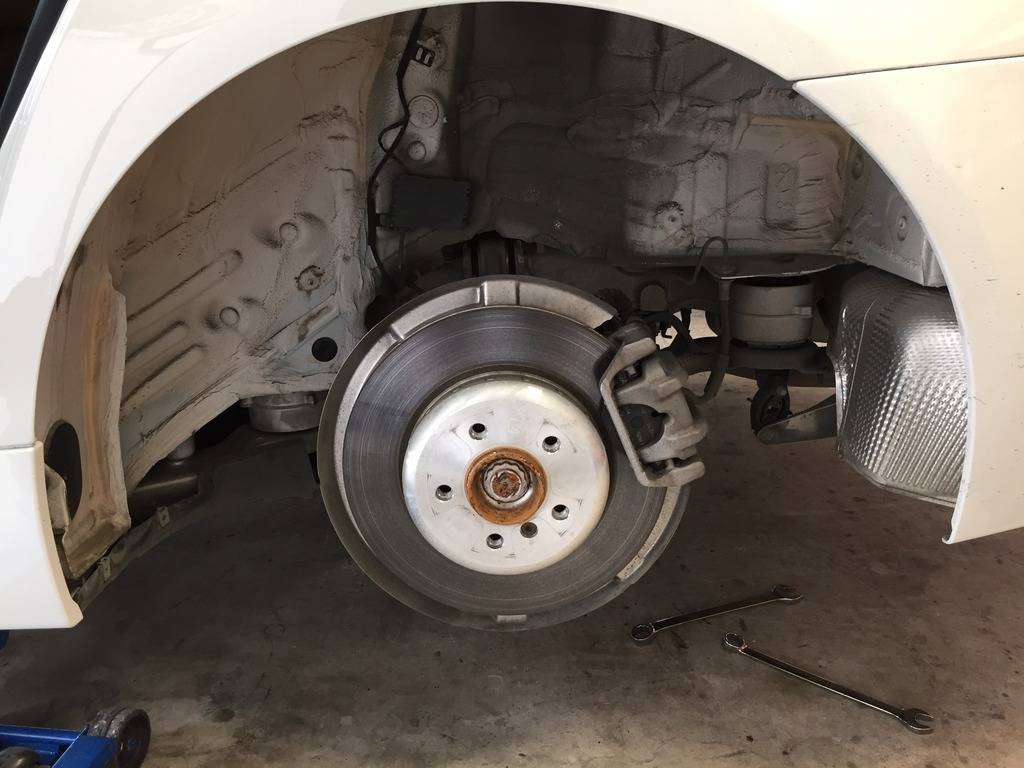 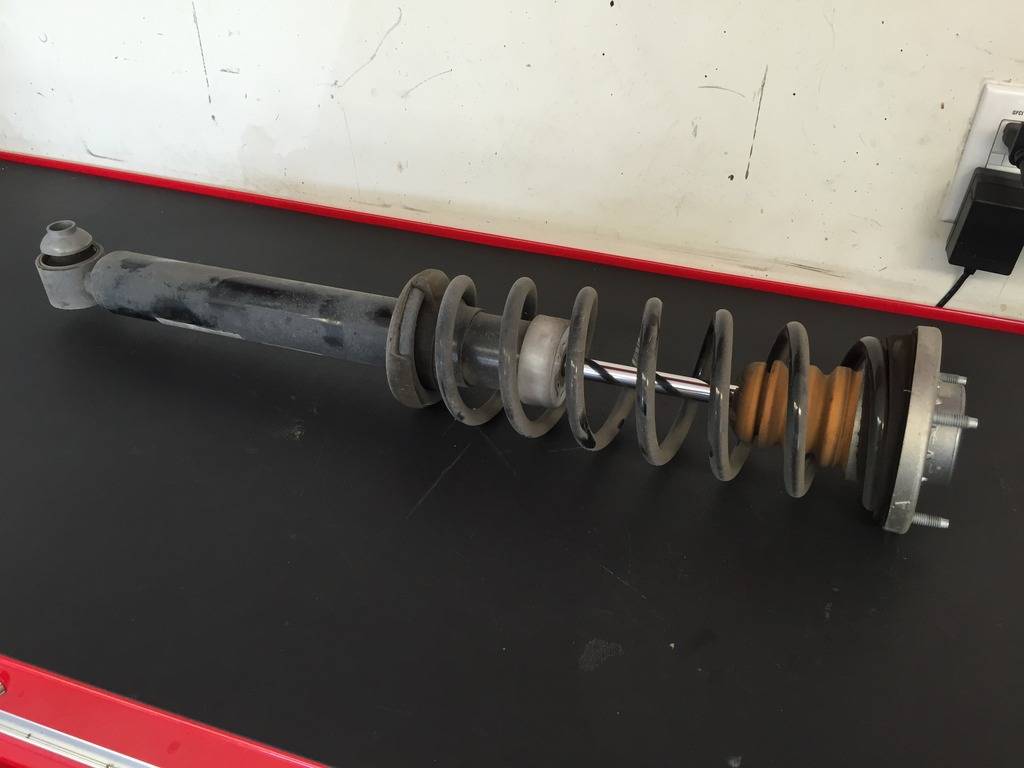 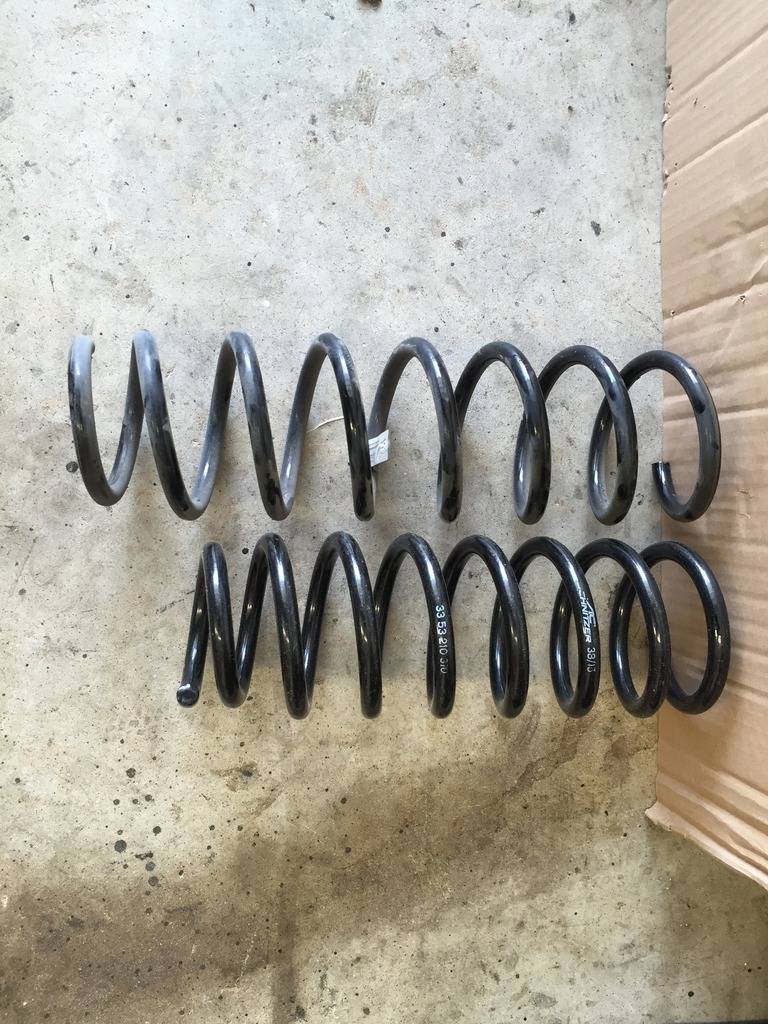 Rear strut reassembled and wiped down. The ACS springs are short enough in the rear that they do not need to be compressed to bolt back together. 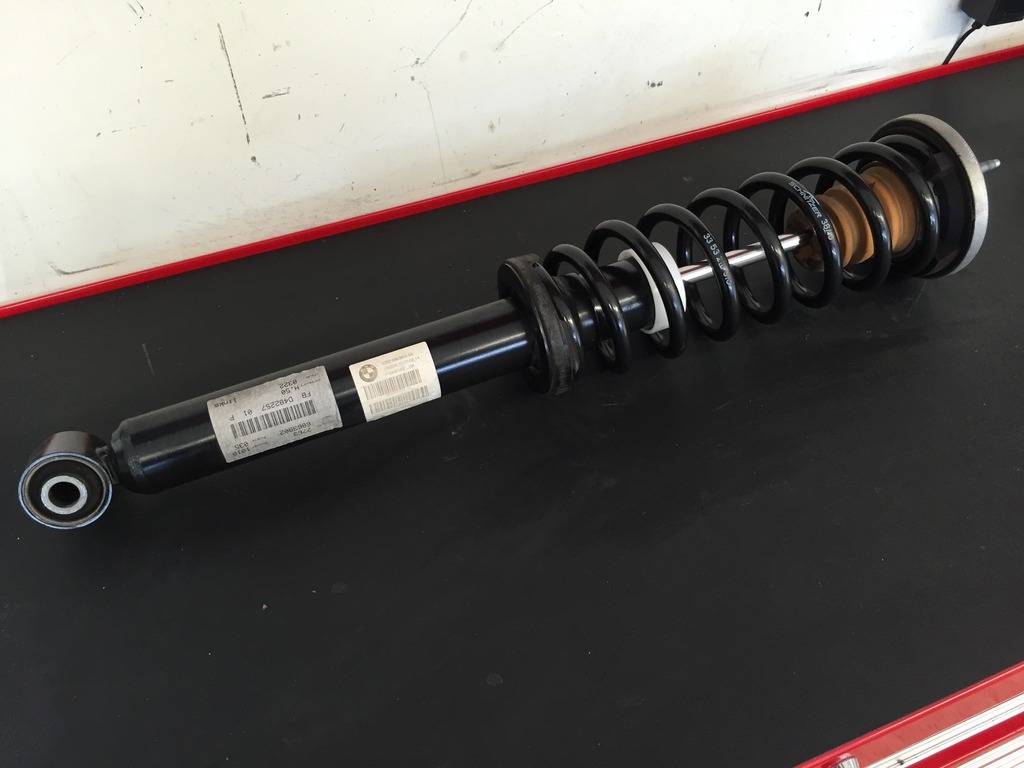 Moving to the front, here again you need not remove anything else just bear down on the spindle with your body weight and you can just clear the lower control arm with the forked end of the strut. 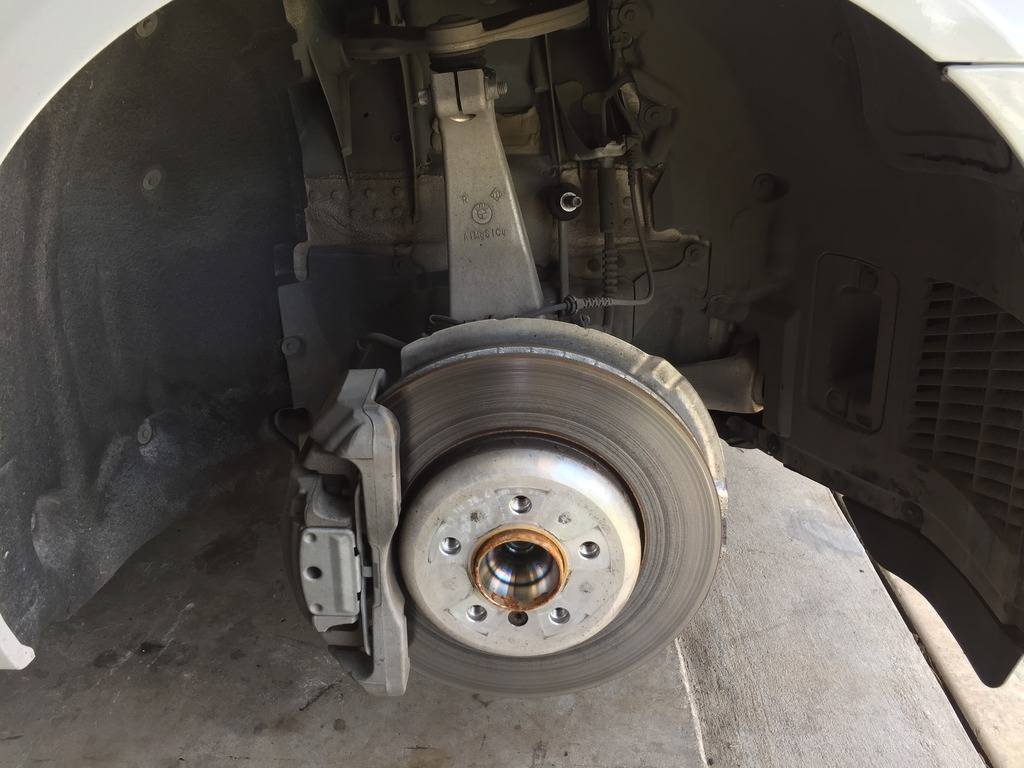 Front strut ready to tear down. 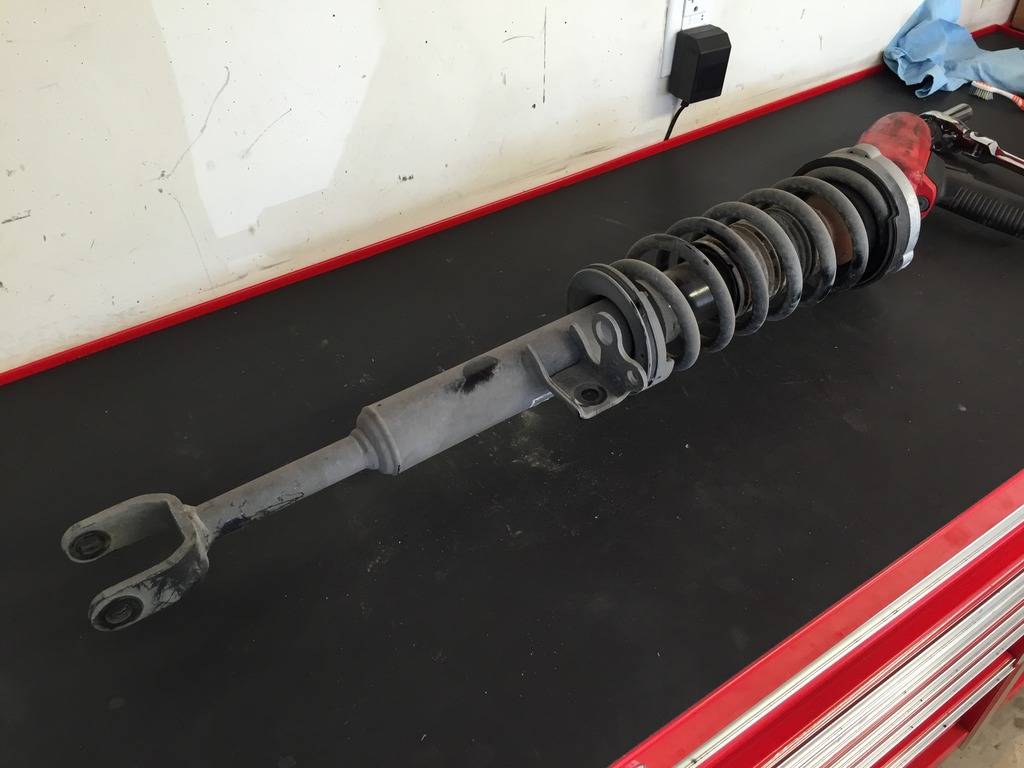 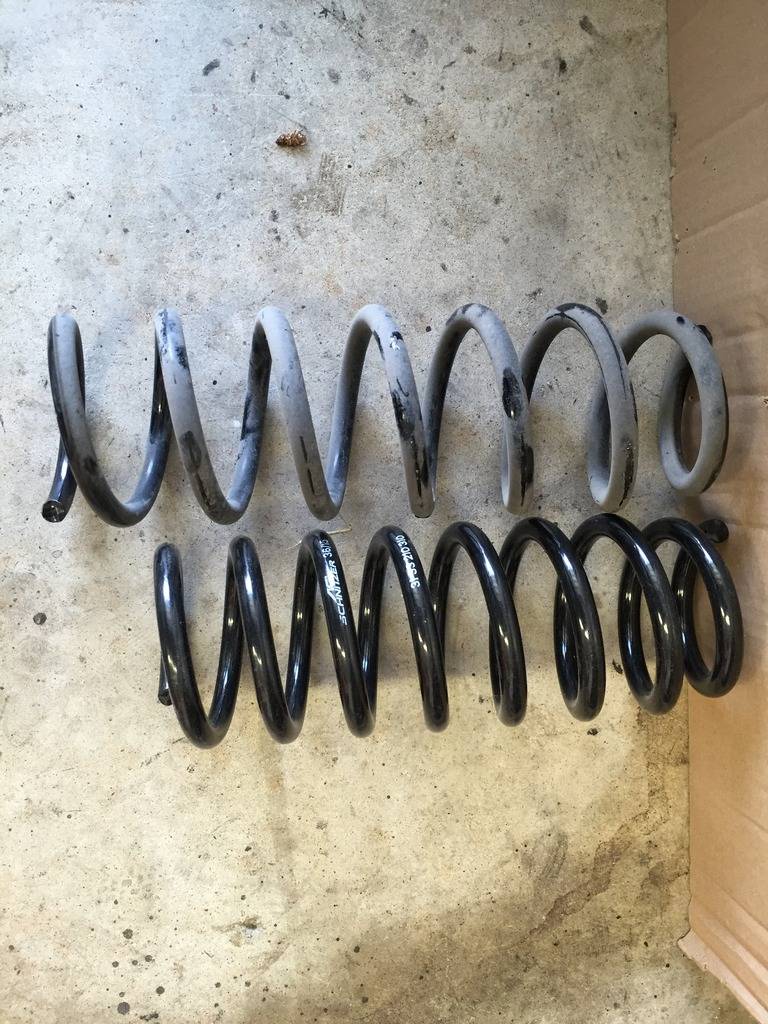 Front strut ready to go back in. 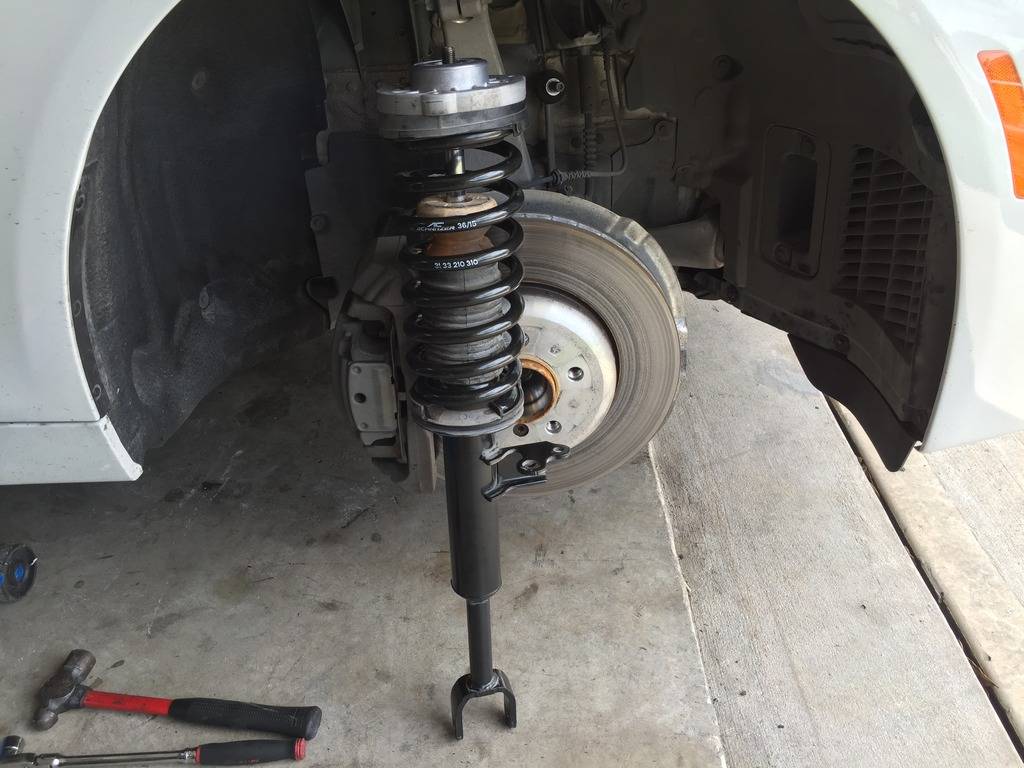 Back on the ground, after a ~10mile test drive. 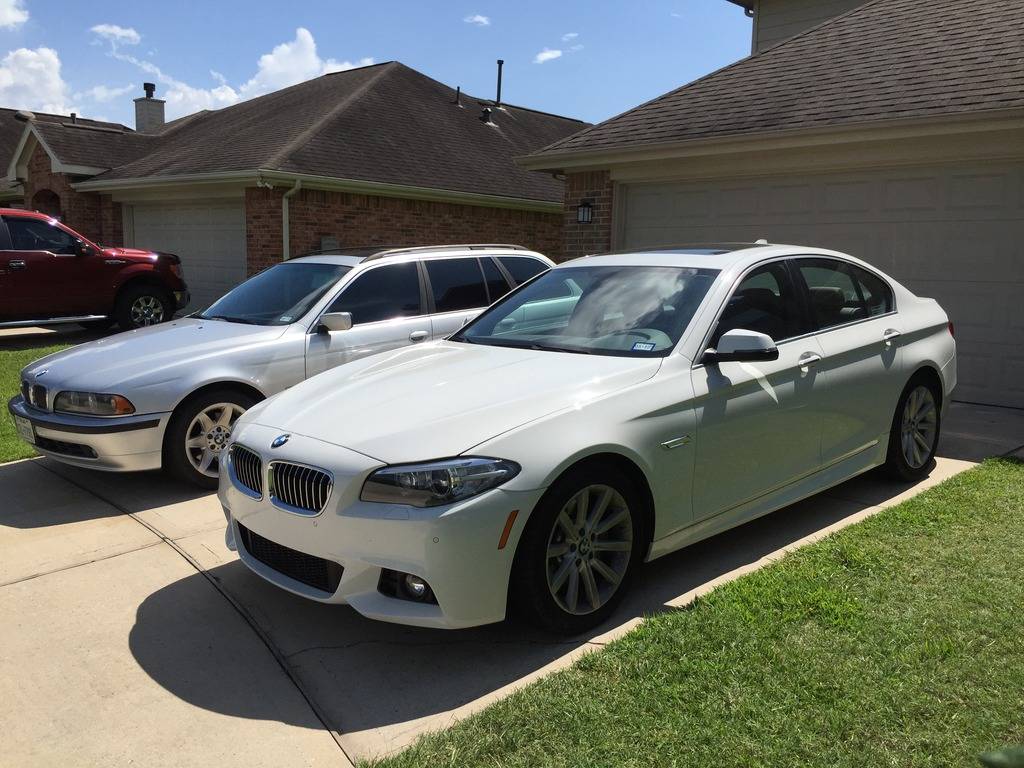 The car feels much more flat and planted around corners. Ride quality doesn't feel any different to me, still quite compliant.

Lowering wise I'm not sure what to say. I was expecting alot more, perhaps they will settle with time but as of now I'm not really happy. :confused2 :mad0259:

I measured the ride height of the car before starting, from the cross of the center cap straight up the the fender lip.

I made a phone call to ACS USA to make sure the springs were the right PN They were super interested in helping and asked me to email them some photos to run by Germany. I verified the info against my photo records and noted everything is correct.

They said the 25-30mm lowering spec is correct on both axles for a non-sport car, but MSport would have less. Mine is non-sport by VIN with the exterior cosmetics added so it should be getting the maximum spec.


I just went outside and remeasured the car at a rest on level ground. The front is dead nuts the same, although the rear has definitely settled a little 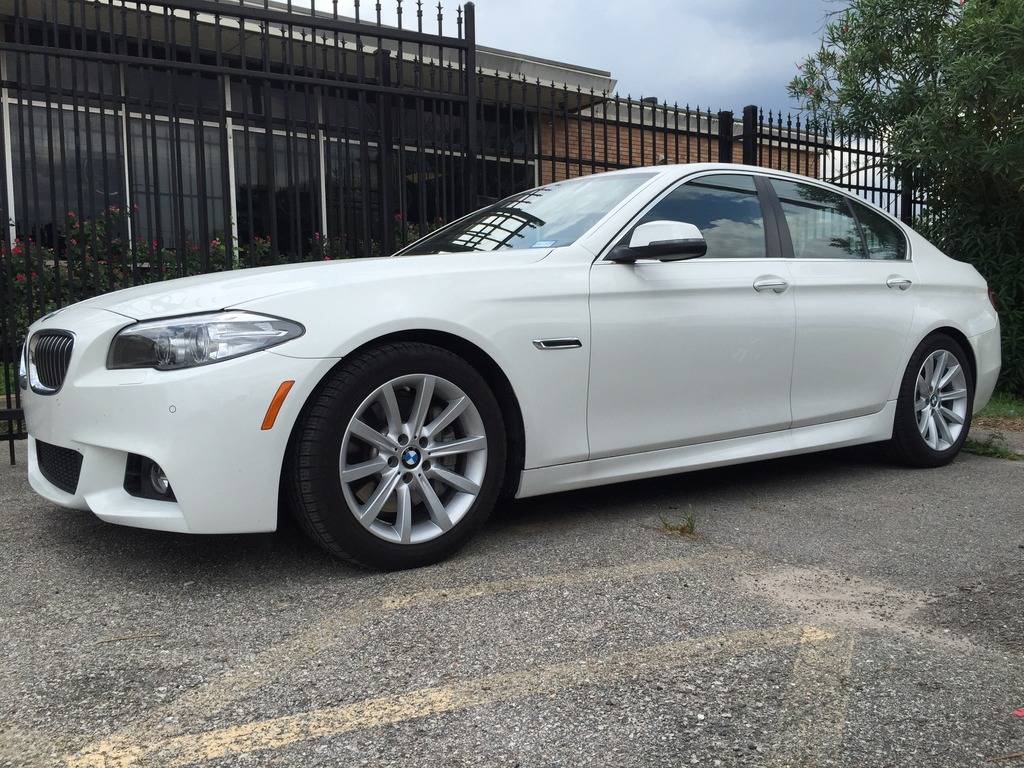 Again measured from the center of the wheel centercap straight up to the fender lip.

That still puts me at a 24mm drop front, and a 22mm drop rear... under the minimum TÜV specifications for the springs.

It could very well be, those are a different P/N than what I ordered though. That part number when googled comes back with a bunch of Japanese results.

All said and done it was time for an alignment, so I headed over to ABR Houston to get on the BMW KDS alignment machine. 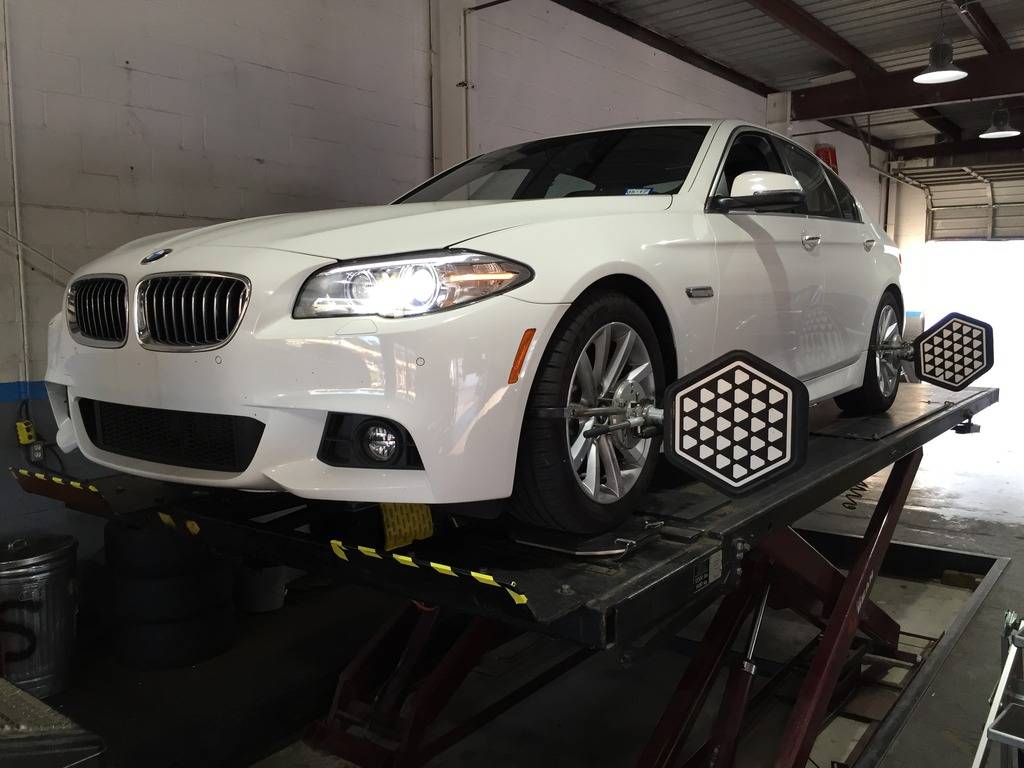 Got my alignment knocked out today. Car still pulls to the right ever so slightly. Close examination while on the rack revealed the front left rearward lower control arm is tweaked, looks like a wrecker driver hooked it. Arrrg. 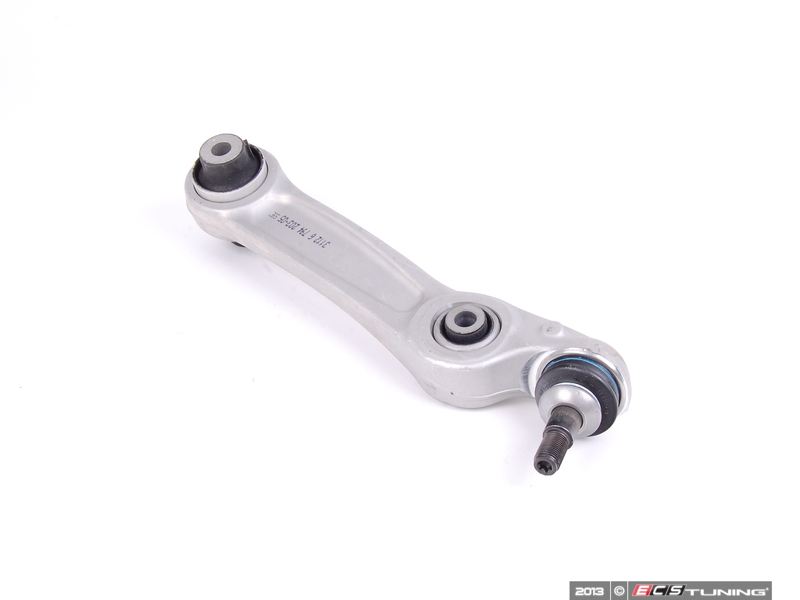 Got it as squared up as possible for the time being, I'll order a control arm and swap it out after the holiday weekend.

Nice. Great post. Sorry to hear your car got tweaked. Yeah, strapping these things down like a 1968 Plymouth Belvedere doesn't work so well with aluminum bits.

I'm holding out for the 3DM Öhlins R&T for my F10. If the ride improvement from my EDC E89 Z4 to Öhlins R&T is any indication, this will be a big upgrade in ride compliance and chassis handling. I have to say the worst of the F10 by far is a very poor suspension - like driving a 90's large-body Audi. I know it is on the books, the parts are in to do the development. If you have any interest PM @[email protected] as I think he has a list of F10 people.

@[email protected] def want one for my 550 xdrive he was helpful a didnt ask for penny even when I offered to pay for advice for my e92 so count me in
You must log in or register to reply here.