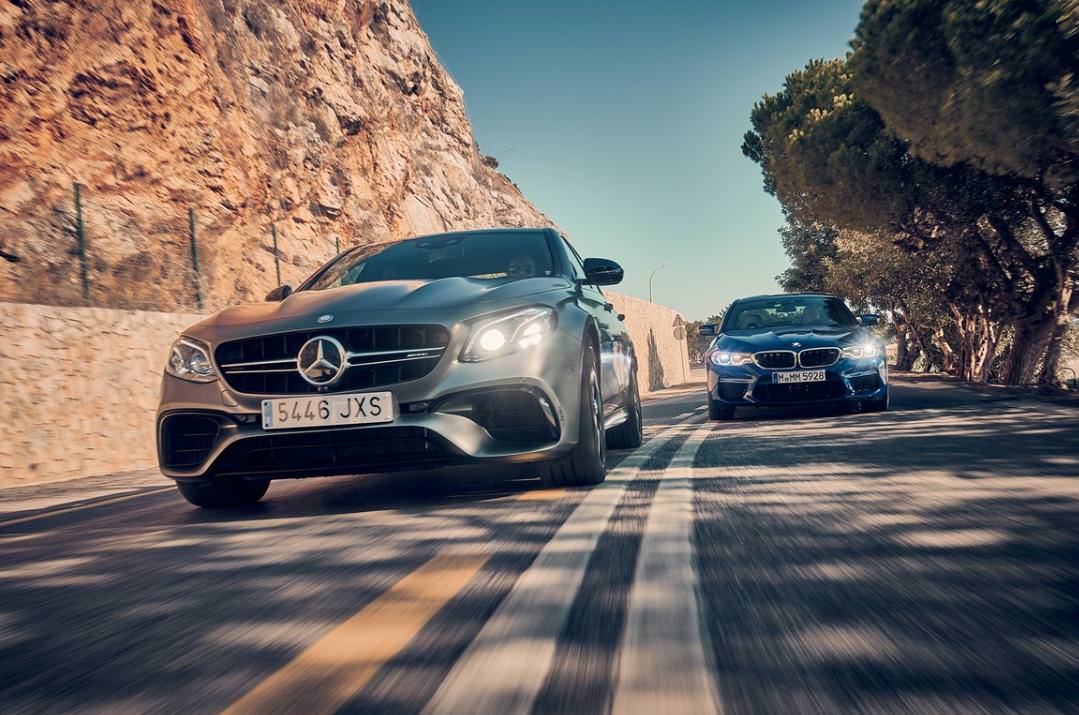 MW claims that the M5’s new eight-speed automatic matches the shift times of the previous seven-speed DCT. This may be so, but the memory chip inside my head misses the whiplash upshifts of the older gearbox. While the AMG employs a wet take-off clutch to shoot out of the starting blocks like greased lighting, the solution applied by the M wizards locks the torque converter immediately after launch for maximal thrust and minimal slip. No surprise then that these four-door rocket ships take just 3.2 sec (BMW) or 3.3 sec (AMG) to accelerate from 0 to 60 mph. In the 0-124 mph sprint, the M5 edges the E63 S by four tenths, running 11.1 sec against the AMG’s 11.5 sec. Why the widened gap? Because the nine-speed transmission fitted to the car from Stuttgart makes one more upshift. Since the observed fuel economy of either car would make champagne corks pop in OPEC circles, let’s just say that both cars can drink you under the table.
Click to expand...

http://www.automobilemag.com/news/2018-bmw-m5-vs-2018-mercedes-amg-e63-s-battle-of-titans-part-4/
Reactions: Euro venom
You must log in or register to reply here.