The Kia Stinger is going to make an impact for sure. This and the Civic Type R will be part of the new four cylinder tuner world. 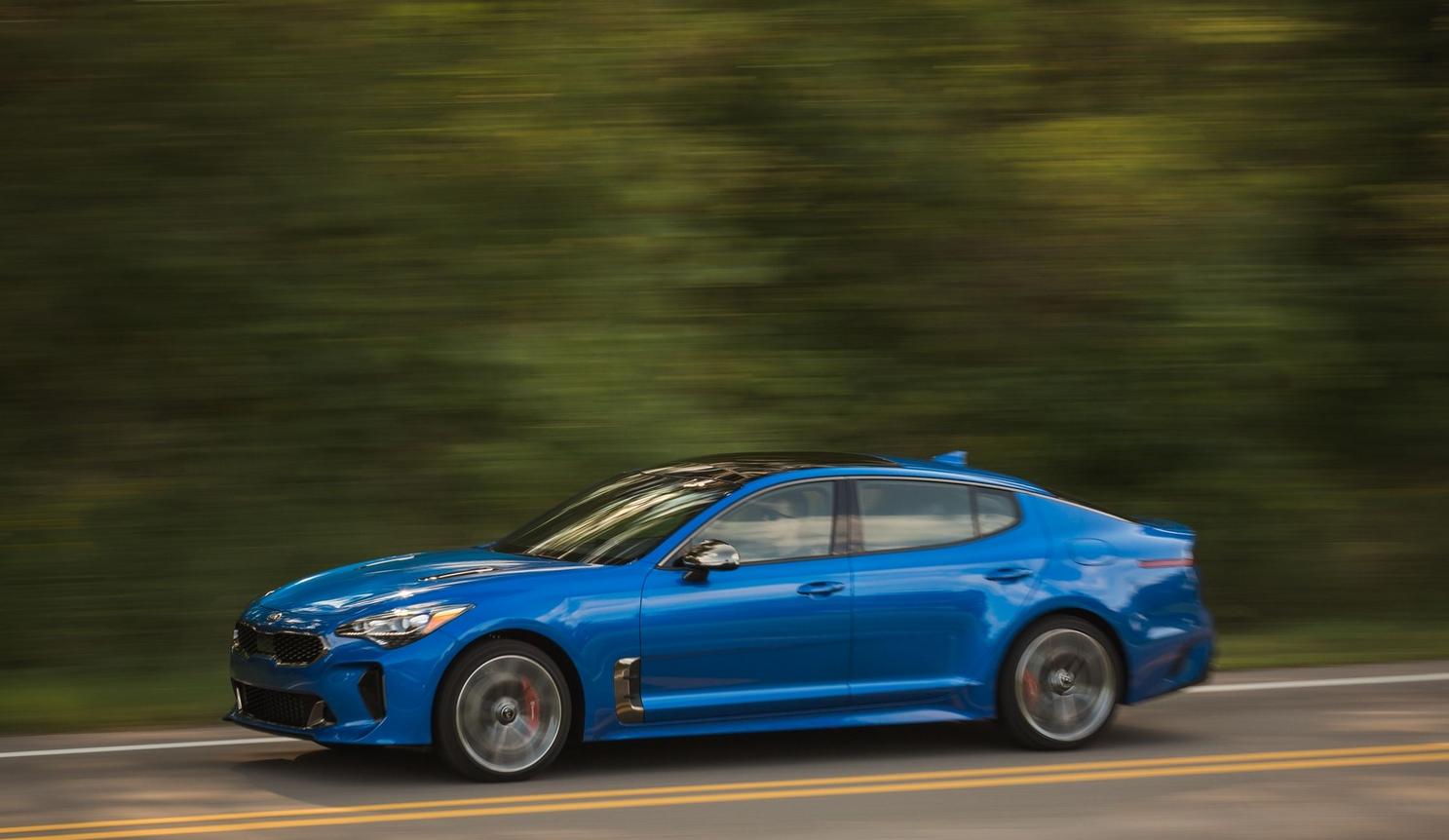 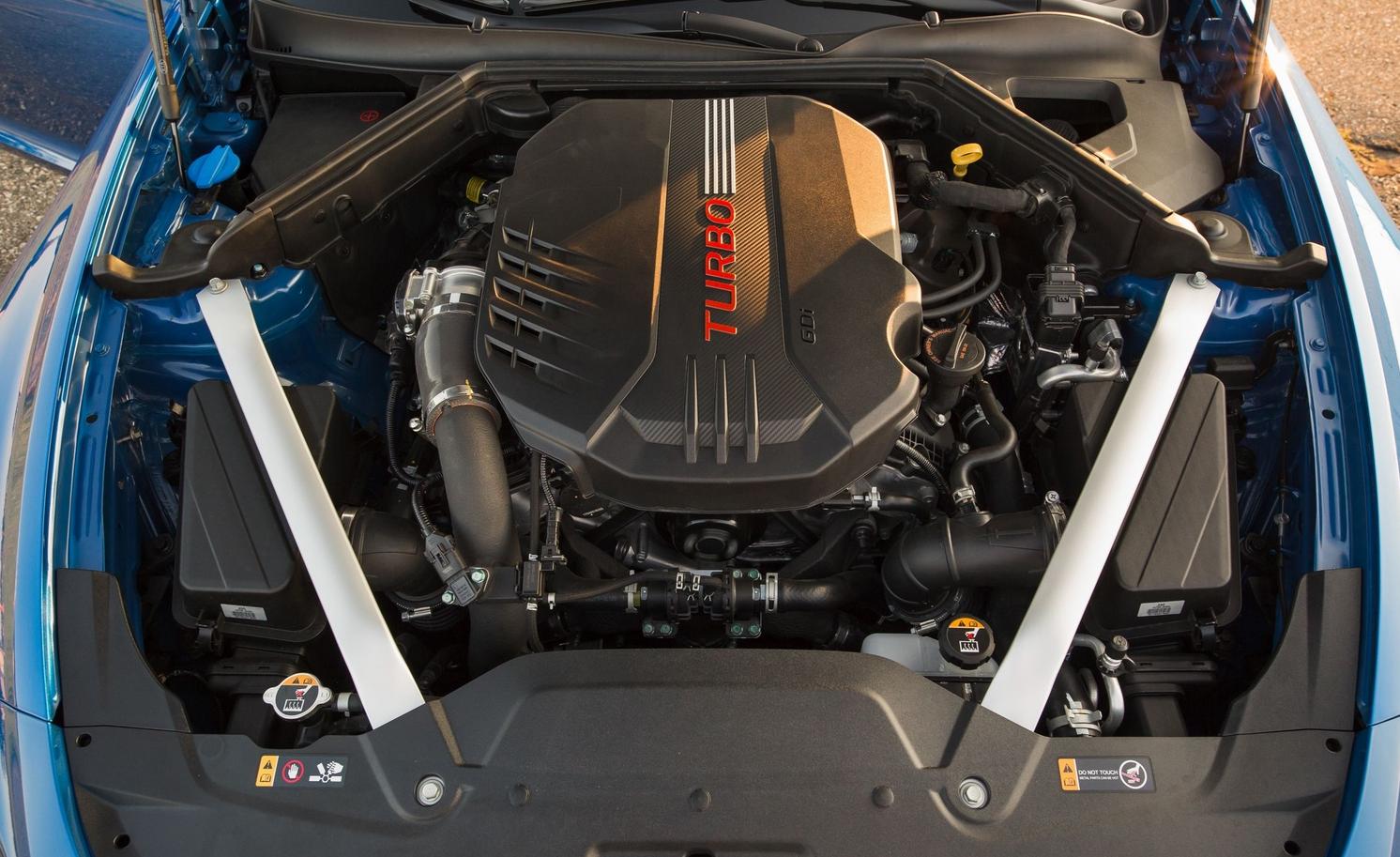 they look pretty sick. too bad no manual option.

Also wish RWD was an option. Still better than BMW.

Awd is just an option I think. Not sure if the other is fwd or rwd

You're probably right, I didn't read the article. If so, definitely better than a 3 series!

Aaron said:
You're probably right, I didn't read the article. If so, definitely better than a 3 series!
Click to expand...

They were thrashing these things all day long at SEMA. Looks cool, interesting new platform. I feel like they're a little pricey but I bet they'll sell a bunch.

Both powertrains feed torque to the rear wheels but can be optionally mated to an all-wheel-drive system that’s rear-biased and can send up to 50 percent of the available torque to the front wheels or 80 percent rearward.
Click to expand...

Reads like base RWD with optional AWD to me.

The base rear-drive GT comes with all the good stuff—including the twin-turbo V-6, big tires, and Brembos—for about $39,895 according to Kia’s estimates (prices aren’t finalized). All-wheel drive should add $2200. Our test car, however, had the full-boat GT2 trim package, which loaded it with everything from active-safety gear to nappa leather and boosted the sticker to an expected $52,595.
Click to expand...

BAHAHAHA, OK, my interest has waned already. Why would I spend $53k on a Kia that is giving its best effort to compete with a 3 series when I can get a 340i for $48k?

Seriously questionable pricing structure. The people who are looking to spend $50k on a vehicle don't generally drive over to Kia dealerships....

Because the 340 is a piece of shit. It's everything a BMW isn't supposed to be, and a Camry is. Including fake engine noises through the speakers, electronic power steering, and an autotragic gearbox.

BMW has lost everything it used to be, everything that made it magic. Even the M cars of today would be an embarrassment to the BMW of yesterday.

If Kia can build a car like BMW did 10 years ago, I'll give it my consideration. I'll agree $50 grand is a lot, but you can't say what you get for that amount. The specs on paper are worth it, so give it the time of day. Chevrolet isn't known for building the best cars in the world, but every now and then something crazy rolls out the doors. And that's when a $70,000 Camaro sits on the bumper of a $240,000 911 around VIR.

Aaron said:
Chevrolet isn't known for building the best cars in the world, but every now and then something crazy rolls out the doors. And that's when a $70,000 Camaro sits on the bumper of a $240,000 911 around VIR.
Click to expand...

Not just VIR...that thing is nasty fast. But GM didn't release the Alpha platform and immediately go after Porsche and Ferrari lap times. It took them 4 years after launching that platform to put together something they were comfortable pushing to that level. And even then they are only charging $67k for the ZL1...bargain of the century! And for that cash you are killing McLaren, Ferrari, and Porsche.

Kia comes out and on its first attempt is putting out something only $14k less than the ZL1. Well....I can get an ATS Premium Performance on that same ZL1 alpha platform with the same (and proven) performance figures that Kia is claiming for this thing. All for the same price as this kia. Or, I can spend about $5k more and get the ATS V and blow this kia away with the build quality and luxury that Caddy brings to the table....all on that glorious Alpha platform the ZL1 shows is so under stressed at this level.
Show hidden low quality content
You must log in or register to reply here.