new here; migrating over from 1addicts as it seems this place is WAY more into deep understanding of modifications than over there.

as a fun little project, I'm going to build my car up to "look" like the Ectomobile from Ghostbusters, for the new movie release. I'm kind of a nerd like that and really wanted to learn some Arduino programming this year, so that's my baseline project to accomplish that goal. you can follow along with it (albeit slowly) over on IG @ecto_135. 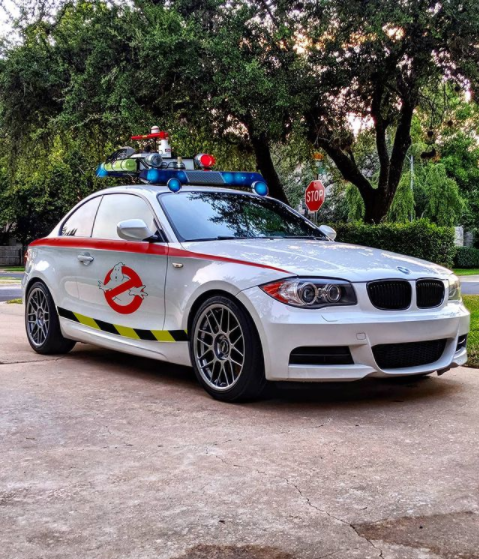 bigger plans:
trying to decide if I want to go with a bigger single turbo on it or commit to a full swap of the S65 V8.

the bigger turbo seems like the more powerful, easier route...but the old VW kid in me is itching to do a motor swap again, and this would be a fun challenge. the coding aspect of the swap is a bit of an unknown and I'm completely new to coding a car. My last car was a 99 VR6 jetta...all I had to do was swap a chip out and got more power. some of this stuff is really next level in comparison.

a bit about me, if you care to keep reading:
Engineer by trade now, was a machinist, and a mechanic before that. Currently working at a small rocket start up company out in TX designing GSE equipment for the launch team. Not a total idiot, but not a know it all despite the "rocket scientist" aspect that some people associate me with. I take more liking to understanding what I'm doing and why I'm doing it than I did in the past, where it was just "what everybody did". have always been a car guy and was really into the VW scene years ago, before going back to college. treated myself to the bimmer after landing my first engineering job (at SpaceX) and having my Jetta take a dump on me. been in love with it ever since.
Reactions: TheFixer and NoQuarter
S

Welcome, will chime in more later as Im working ATM.

Welcome. Cool ride. I'll be looking to see how it comes along.
Show hidden low quality content
You must log in or register to reply here.

New Member from Chicago, 335IS build

T
On a mission from LA